Nothing like a suave gay detective for women to fawn over and criminals to spar with. The 'gay' in the title, however, refers to the leading character, Gay Laurence, alias The Falcon. RKO used The Falcon (a staggering sixteen movies in all) to replace their The Saint series after falling out with Leslie Charteris; which, ironically, came about because Charteris blamed copyright infringement by RKO with The Falcon as a knock-off of The Saint. I tended to like George Sanders more than Tom Conway, who later took over for him around the fifth entry in the series. Both men looked alike since Tom Conway was Sanders' brother, but Sanders had that velvet-cake voice that was so sinister or disarming depending on the situation. He also played The Saint. The man kept busy for sure. 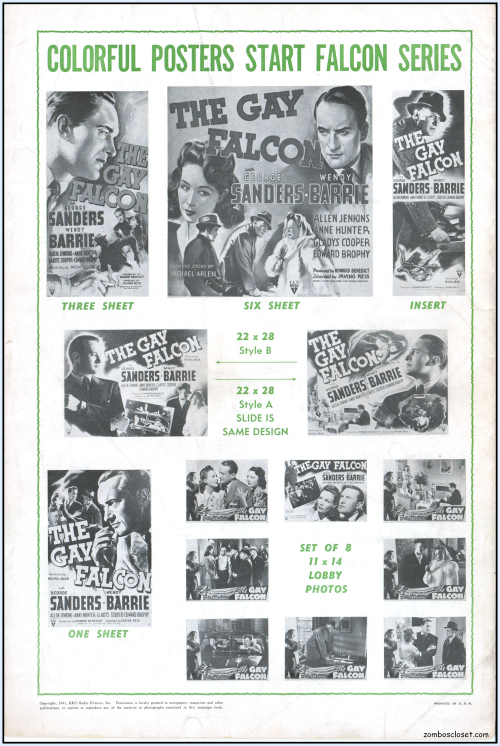 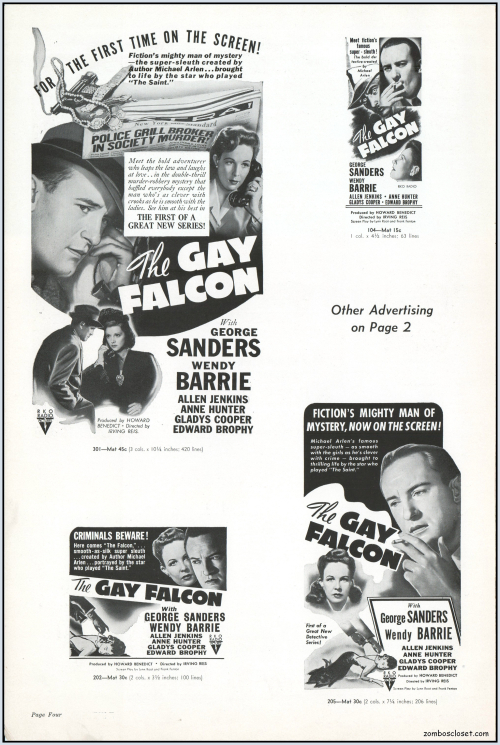 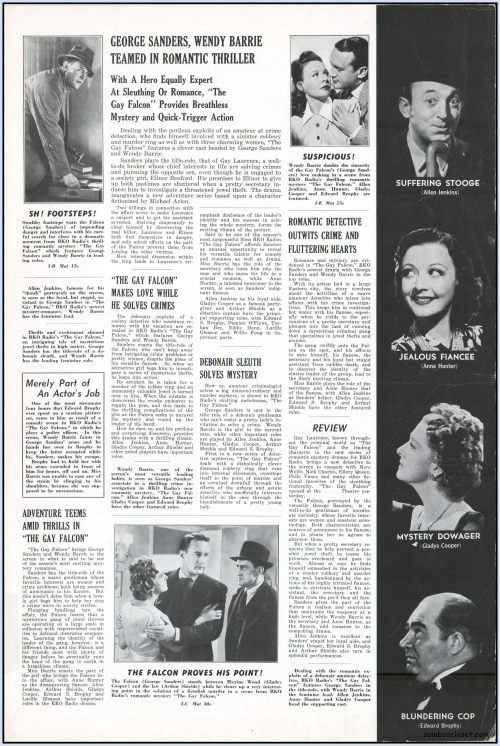 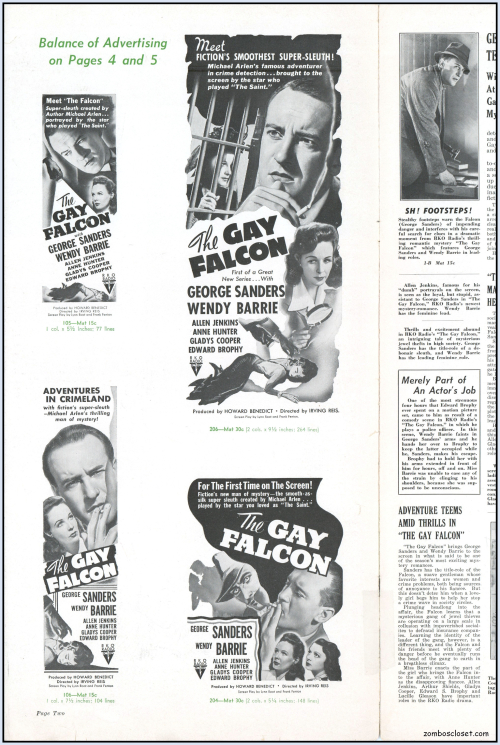 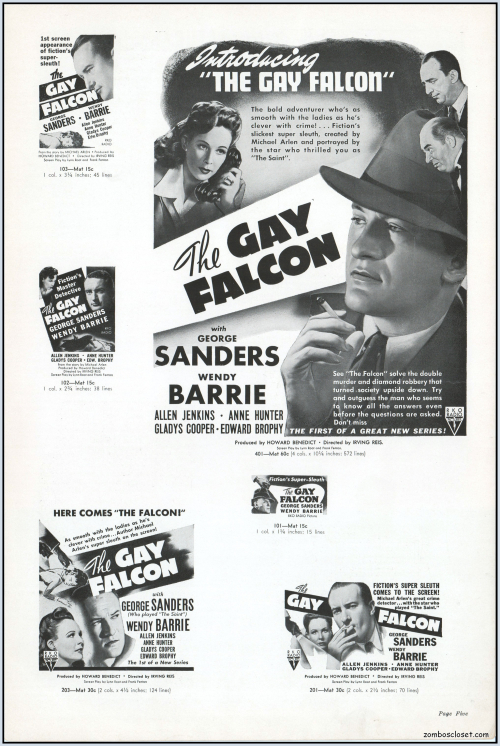 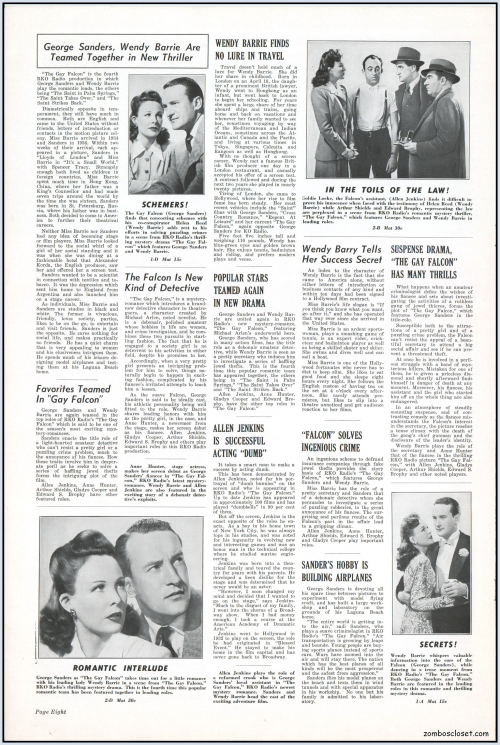 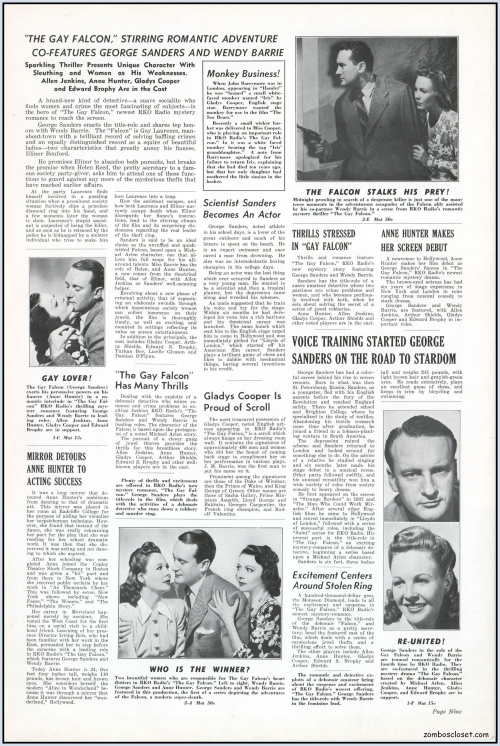 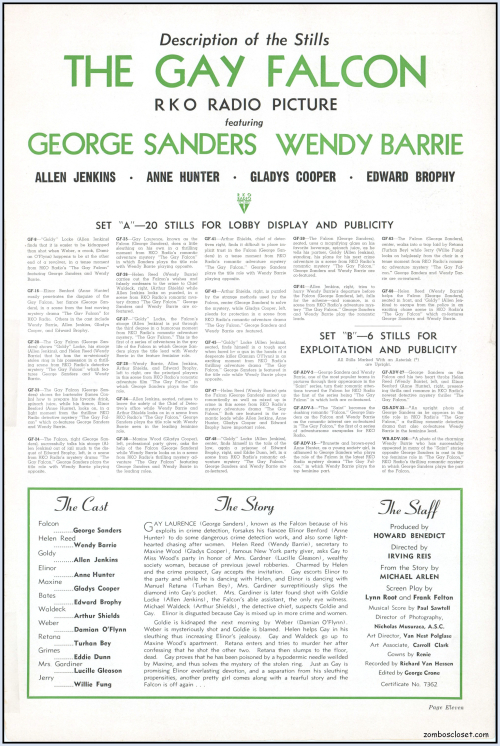 Posted at 11:24 AM in Pressbooks (Non-Horror) | Permalink