The Chinese fictional detective, Charlie Chan, was played, almost entirely, by non-Asian men. Warner Oland was the first to don the proverbs for Fox and became very popular with his self-effacing and always-at-ease demeanor. Later actors would give Chan a more acerbic bite, but  Oland will always be my favorite. He went sleuthing through sixteen Chan movies for Fox before being replaced by Sidney Tolar. With Oland, his No. 1 son was played by Keye Luke. Luke joined Mr. Moto's Gamble (Moto was played by Peter Lorre) when  Oland died before completing his last Chan film. Luke stayed around mostly to use already shot footage and do some audience-bridging to the Moto series opener.  Wikipedia notes the Asian actors who have played Chan, in two early movies as a non-leading character (1926 and 1929), and five Shanghai and Hong Kong movies during the 1930s and 40s (see https://en.wikipedia.org/wiki/Charlie_Chan#Films). Given today's climate with China, I doubt a new series would be successful. But you can enjoy the original one with Warner Oland and Keye Luke. For Bela Lugosi fans (me, me!), see Charlie Chan's The Black Camel (1931), shot on location in Honolulu. An excellent book on the series is Charlie Chan at the Movies by Ken Hanke. 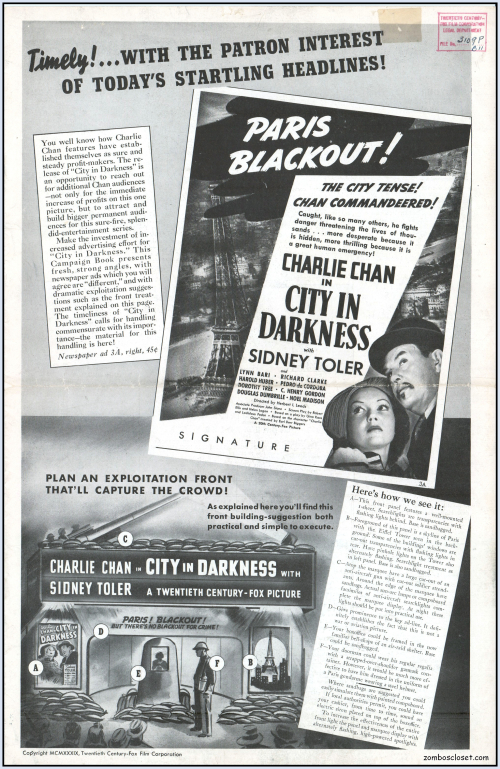 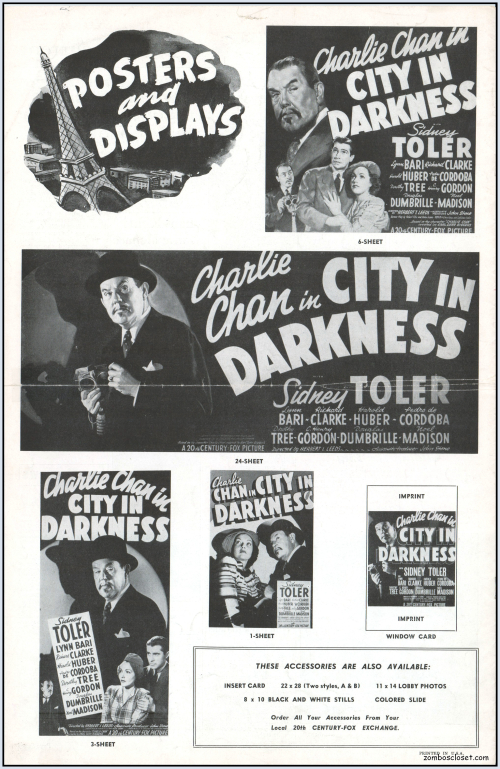 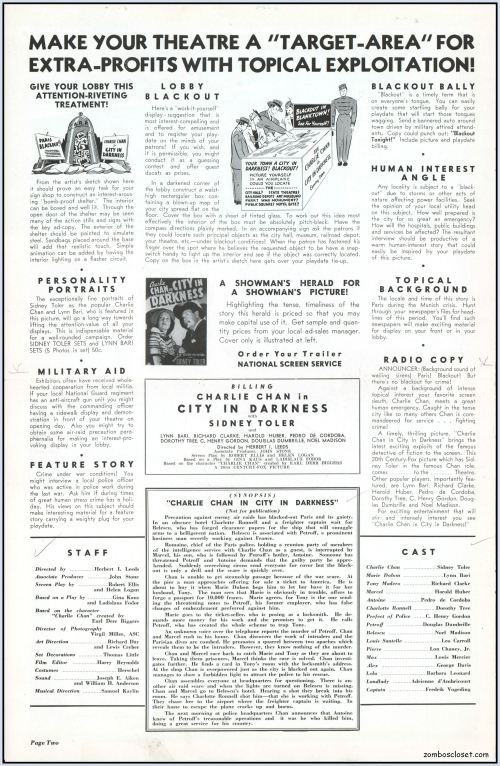 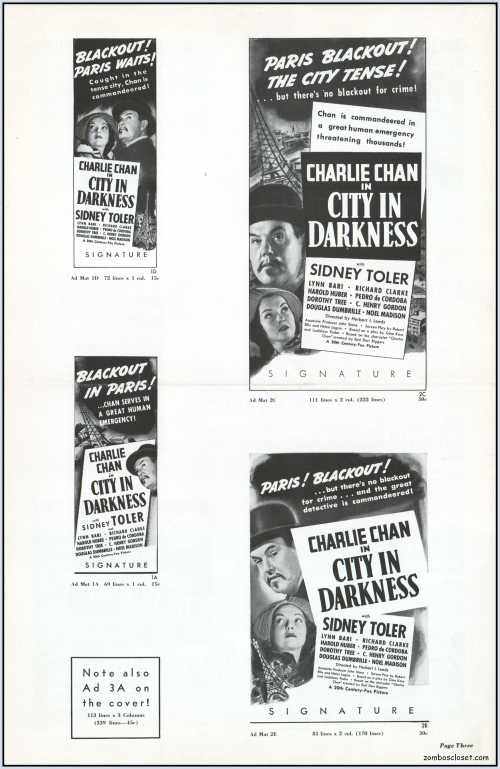 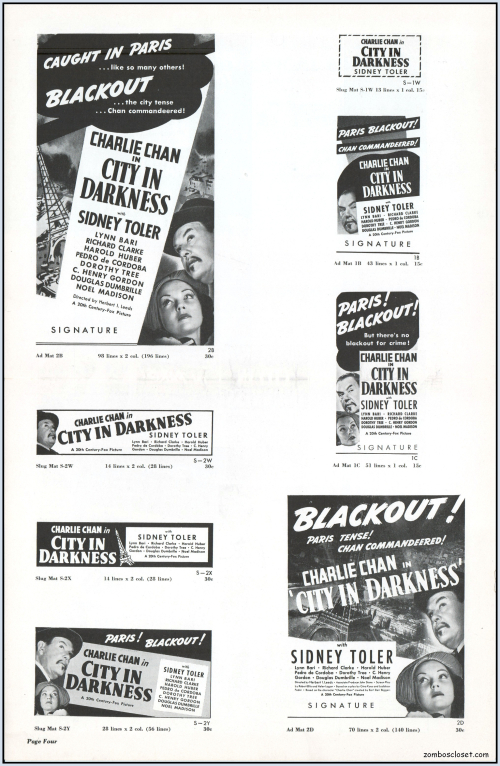 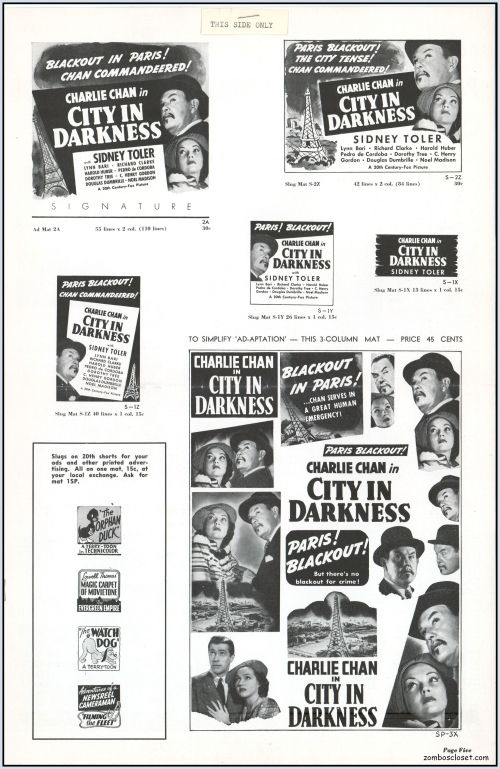 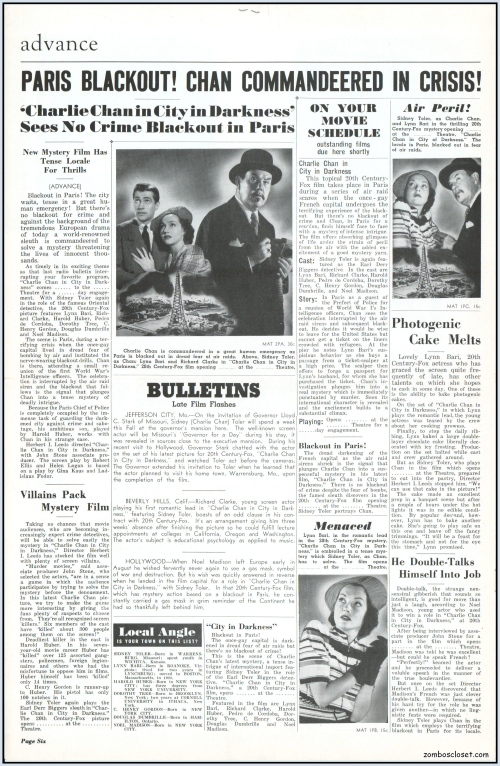 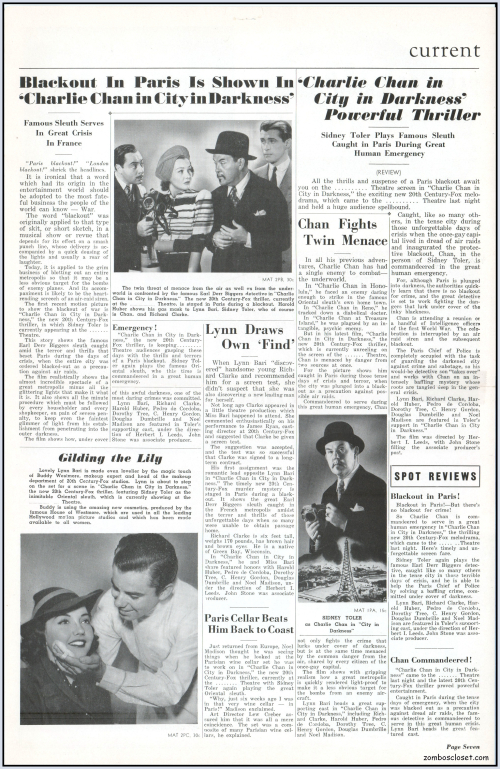