« The Secret Code (1942) Herald | Main | Hybrid: Misfits, Monsters and Other Phenomena Edited by Donald Armfield and Maxwell I. Gold »

Columbia focused on World War II saboteurs with The Batman and The Secret Code serials. In The Batman, J. Carrol Naish played Dr. Daka, a Japanese mastermind, who, with his henchmen, tangled with the caped crusader. In The Secret Code, the evil Nazi mastermind, Jensen, is played by Trevor Bardette. J. Carrol Naish, again sporting ludicrous makeup, played Charley Chan  in the 1957 television series, The New Adventures of Charlie Chan. During an interview conducted by Ben Mankiewicz, the 93 year old James Hong, who played Chan's Number One Son, mentioned how Naish had him fired from the show because he missed a line. My respect for Naish has dropped quite a bit after that revelation. How absurd too: Naish gets the real Asian actor fired. Wild. 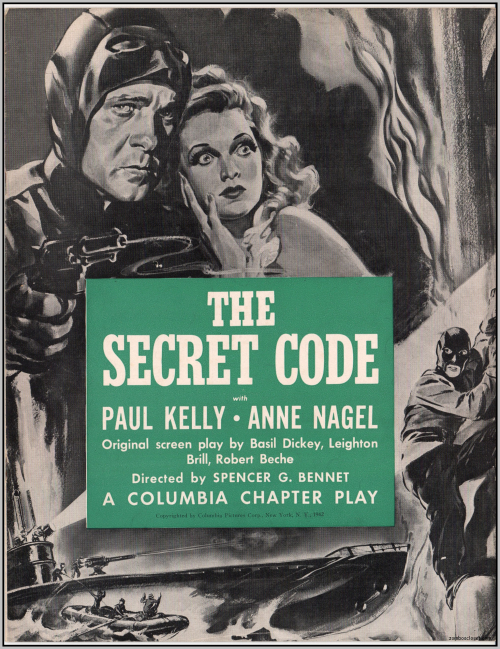 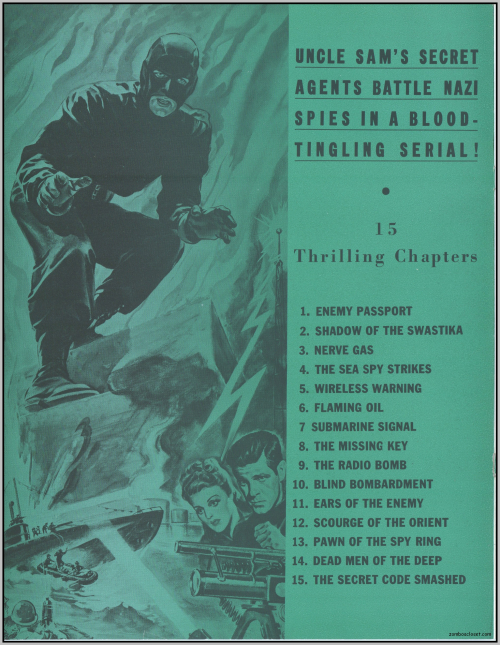 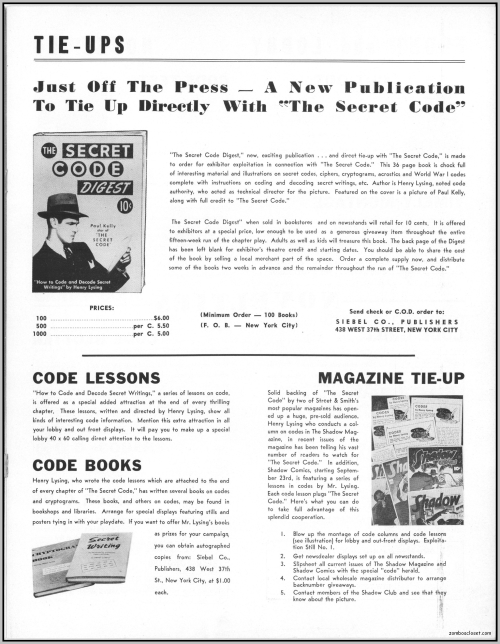 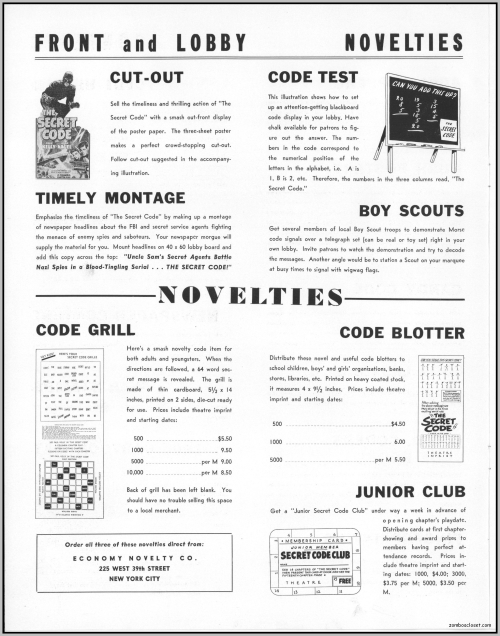 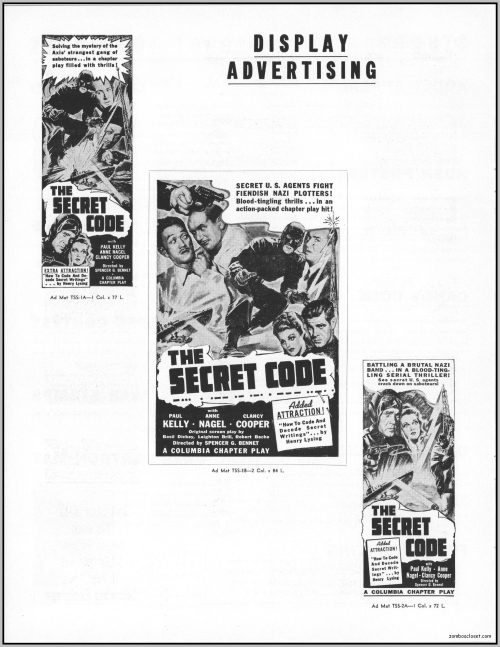 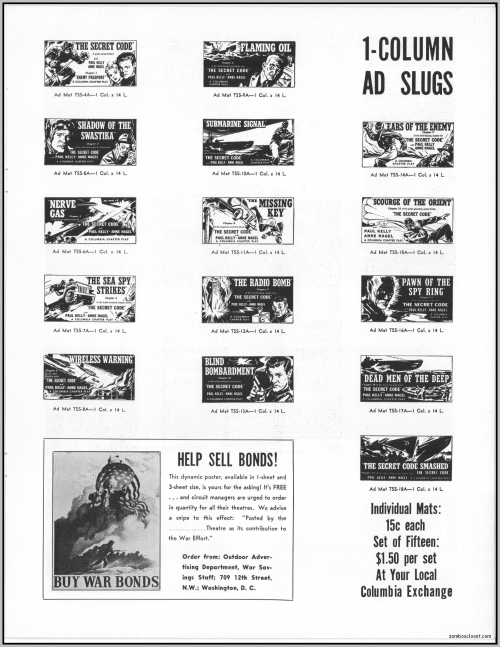 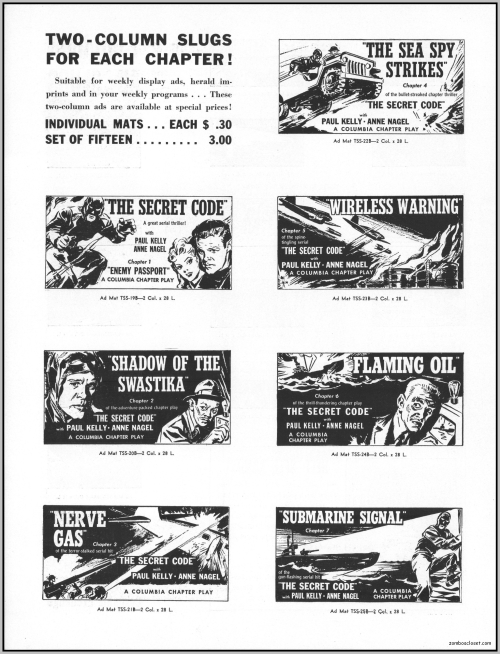 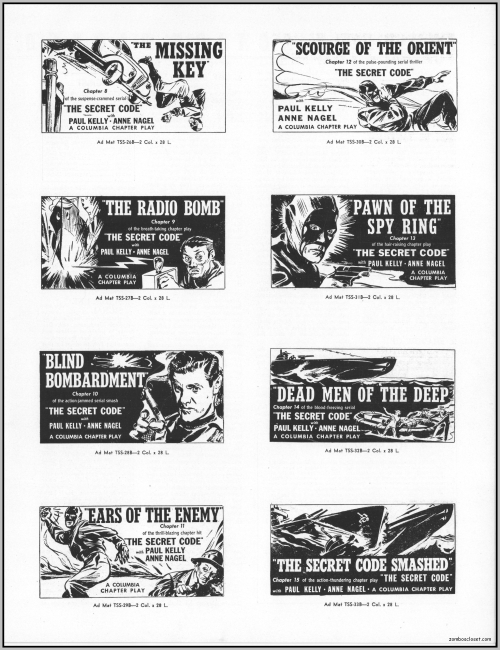 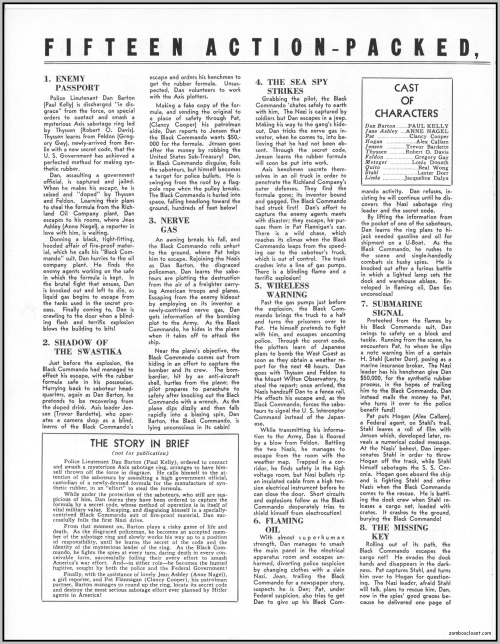 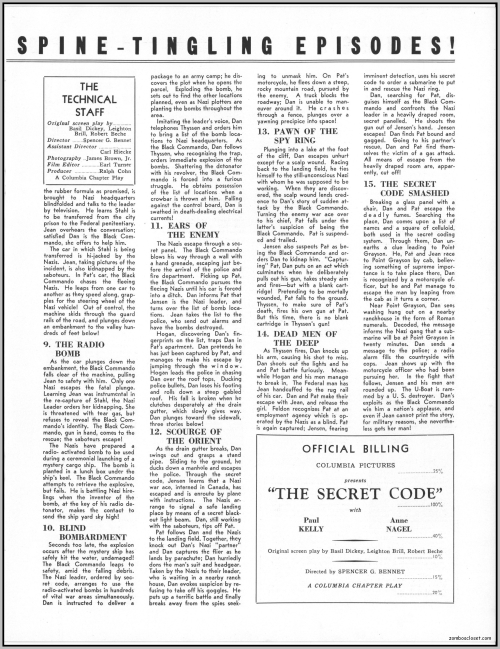 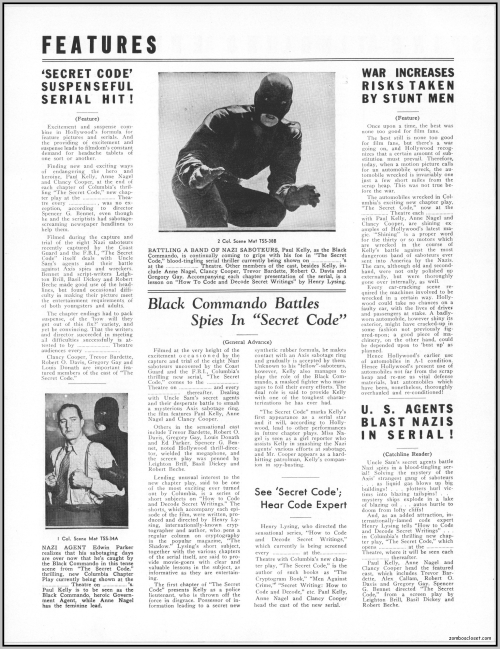 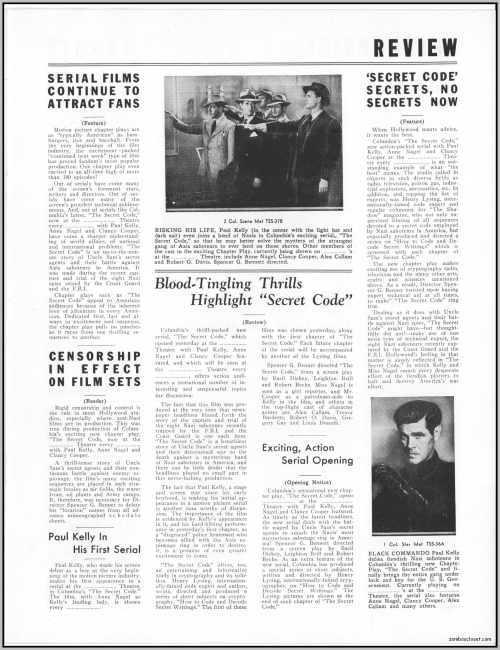 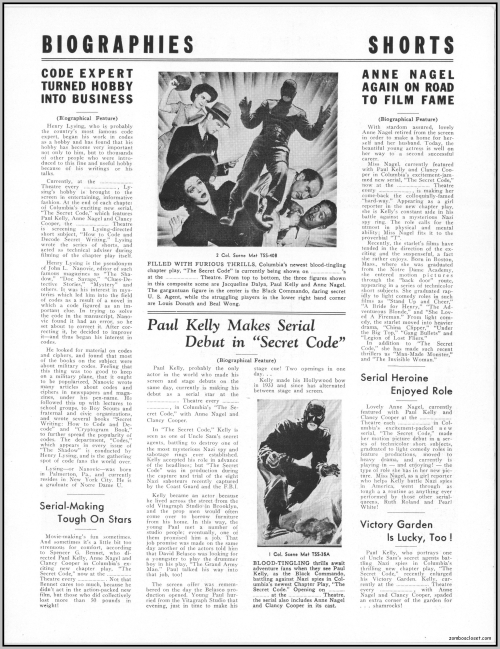 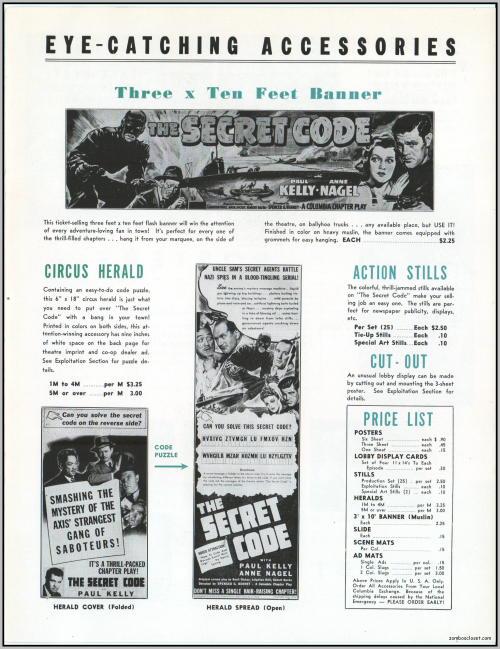 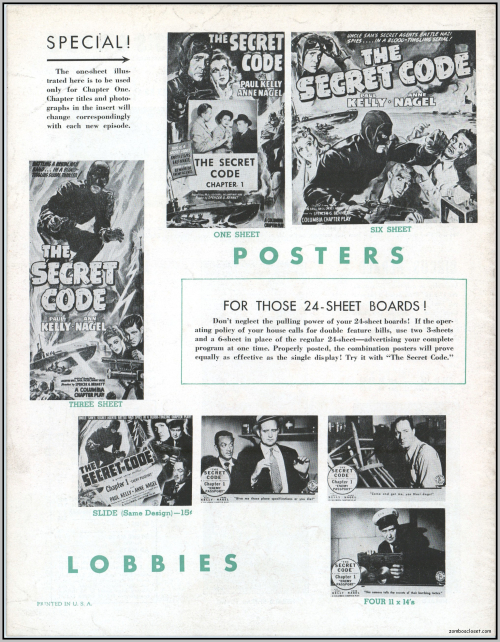 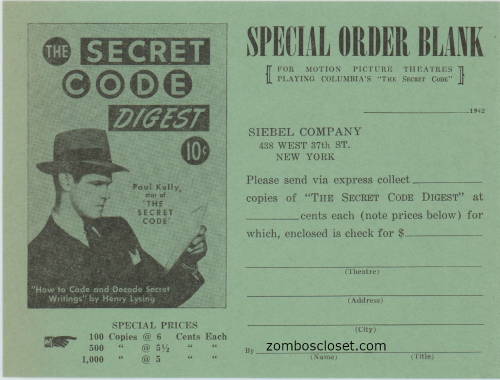 Yes, and there were the radio and cereal decoder rings, codes in club handbooks, and cereal prizes. Fun stuff.