For the Flong of It

What's a flong? Glad you asked. I was wondering that myself for a while. I had them, but didn't know what I had. Collecting pressbooks for movies, an important part of each pressbook was the ad mat section. This is where various sized ads for promoting the movie were shown, with their ordering numbers, for use as newspaper ads. The theater manager would clip out the ads they wanted to run in local newspapers from the pressbook (a really necessary but naughty thing to do if you collect pressbooks like I do!),  then send the clipped ad mats to the regional office handling the movie. What they got back was a flong. Or flongs, if they sent in a few ad mat clippings. In stereotype printing, a flong is a negative mould made in order to cast a metal stereotype from it. The flong could be made from clay or papier-mâché. What the theaters received were the papier-mâché flongs. Here are a few examples below from my collection. The colors varied, but it didn't matter since the flong was only used to create the positive metal plate to print with. If you squint really good, you can make out some of the detail in these negative flongs, but they are, of course, hard to view as is. The positive image in ink was easier to see, once it was printed in the newspaper.

So there you have it. Now go bring some nostalgia and coolness to your next party by asking "do you know what a flong is for?" 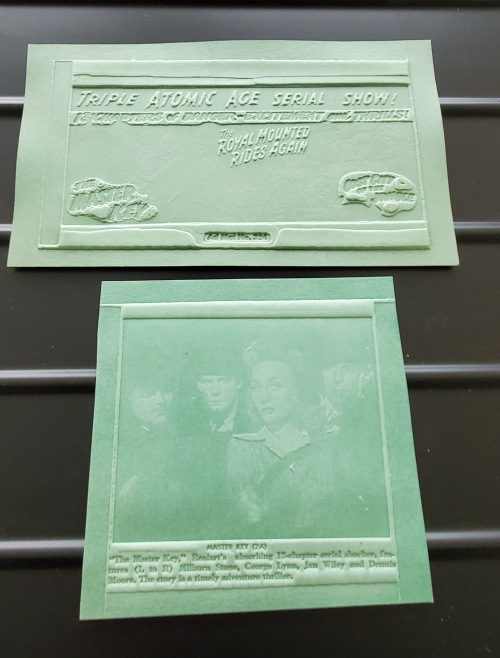 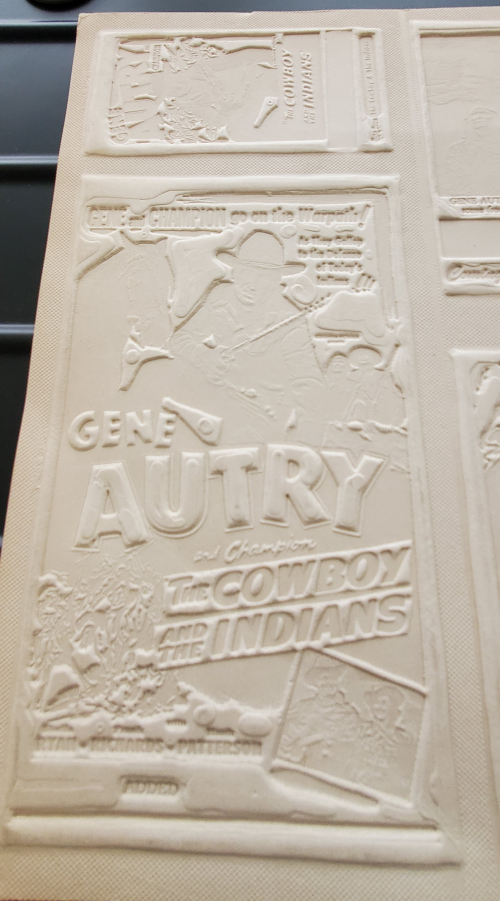 I'm not sure the negative impression on the flong is good enough for a rubbing, but certainly worth a try. Using rubbings to capture decorative tombstone facings is fun (unless you're the one under the tombstone, of course).