In the first chapter of Bruce Gentry -- Daredevil of the Skies serial, the mysterious villain, Recorder, sends a flying saucer (disc) to crash into Bruce's plane. It happens within the first few minutes and the saucer is animated. The following year, The Flying Saucer (1950), had Soviet and American agents fighting over possession of a flying saucer. The term "flying saucer" was coined by a United Press newspaper man in 1947, after an amateur pilot saw nine objects in the sky giving off bright flashes of light. Of course, the U.S. Airforce now prefers the term UFO (unidentified flying object), but "flying saucer" has a cooler, vintage ring to it. The flying discs that Recorder controls remotely, acting more like drones, leads Bruce to investigate them to see if they can be repurposed for commercial use. I'm not sure if drones, which first saw action in 1917 during the First World War, were thought to have commercial potential in the 1940s, aside from their military uses. In 1935, the British began using the term "drone" to refer to their pilotless aircraft. And because drone is too simple a word, the term used today is UAV (unmanned aerial vehicle). That doesn't quite roll off the tongue like drone. Long story short: the first appearance of a flying saucer in cinema may be credited to this serial. Although a bit wonky in the animation department (clearly basement budget), that's still important to note. 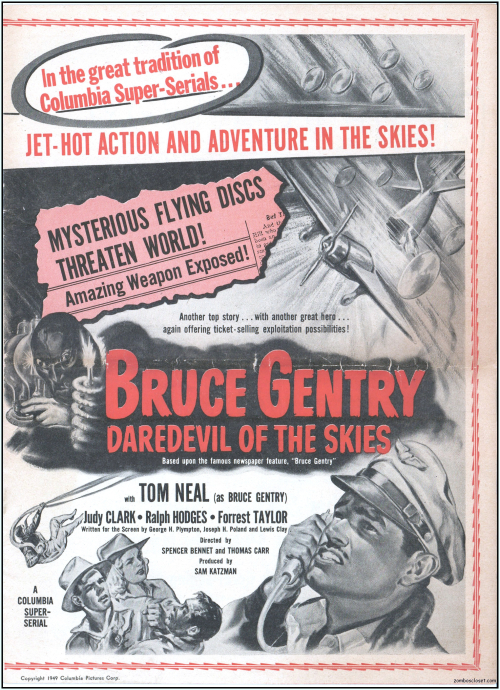 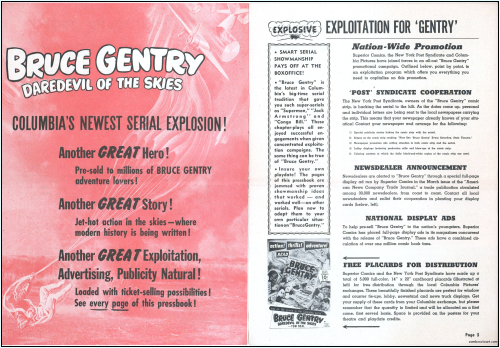 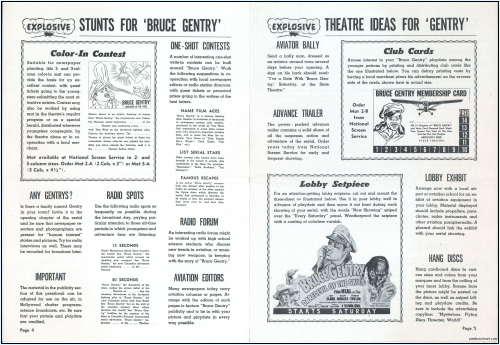 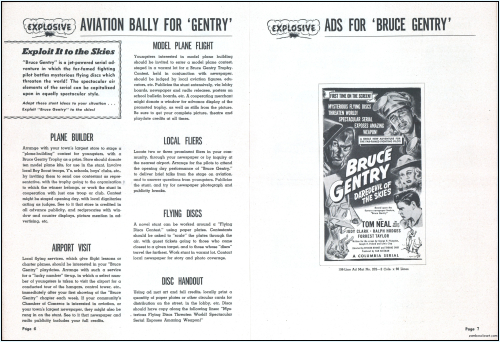 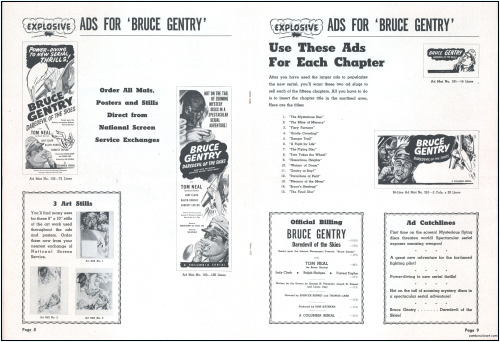 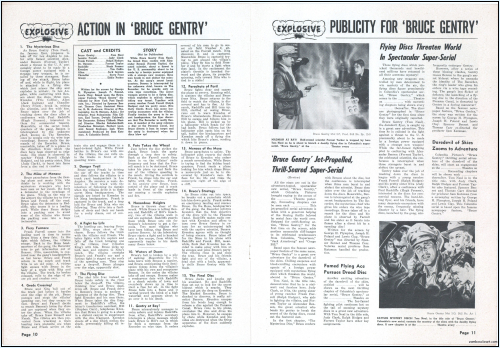 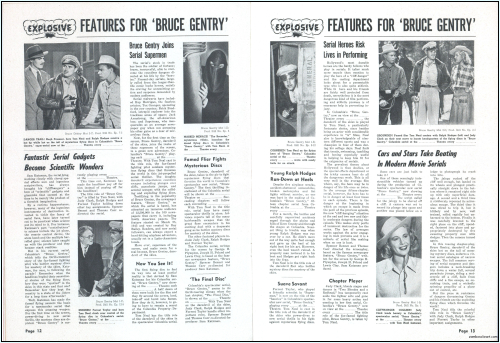 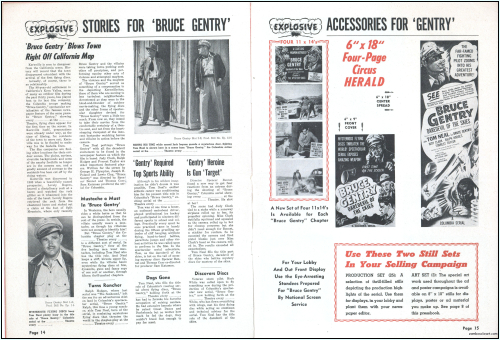 Posted at 09:21 AM in Pressbooks (Non-Horror) | Permalink