I recall seeing Woody Allen on the Dick Cavett Show promoting this one. When Cavett asked him about the unique approach to the movie and asked if it would really sell, Allen replied he had a unique way to make money: he'd charge people to get out of the theater instead of into it.

Here's the movie in a nutshell (excerpted from Wikipedia): "Allen took a Japanese spy film, International Secret Police: Key of Keys, and overdubbed it with completely original dialogue that had nothing to do with the plot of the original film. By putting in new scenes and rearranging the order of existing scenes, he completely changed the tone of the film from a James Bond clone into a comedy about the search for the world's best egg salad recipe 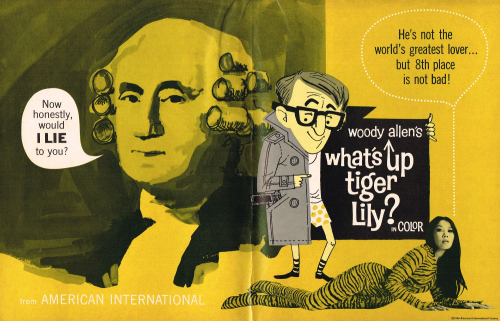 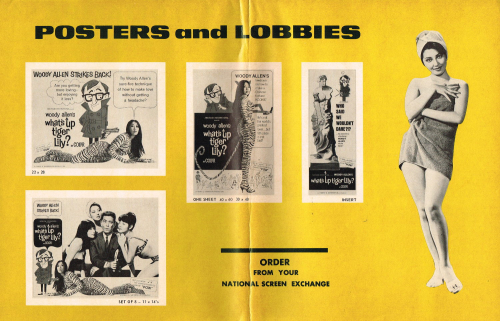 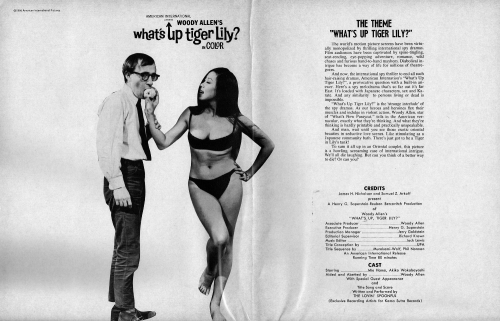 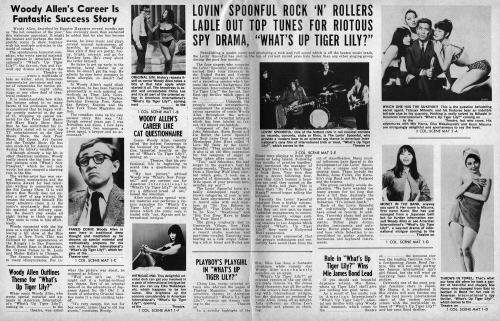 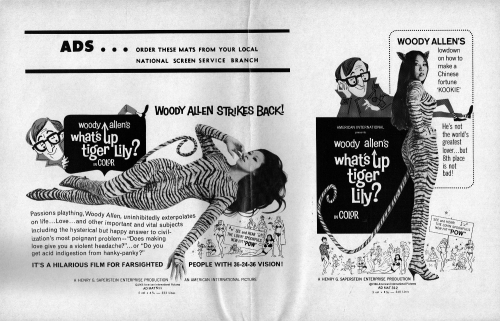 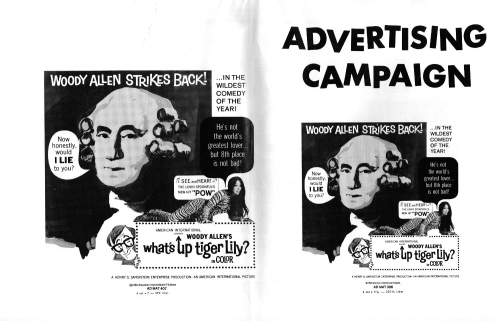 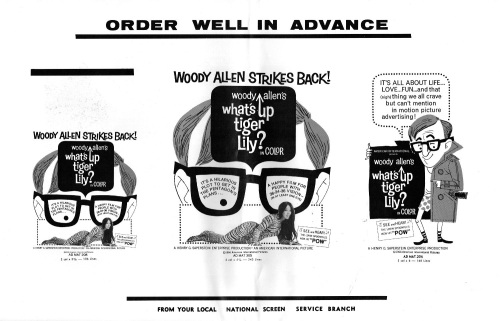 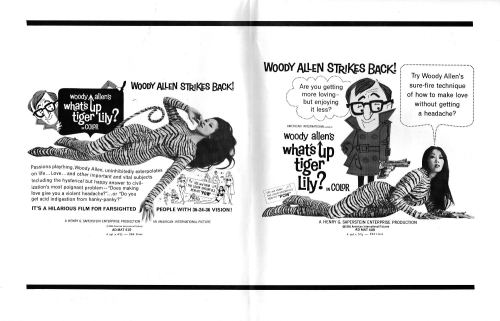 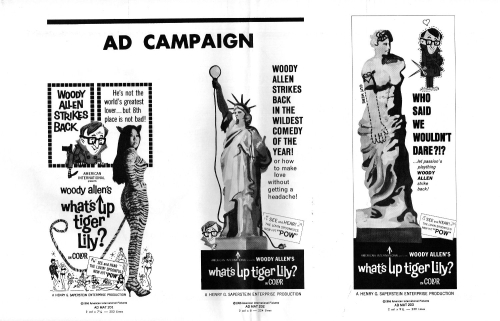 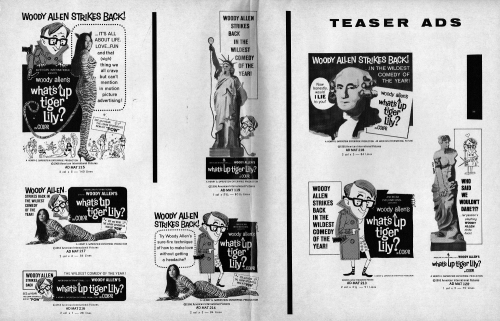 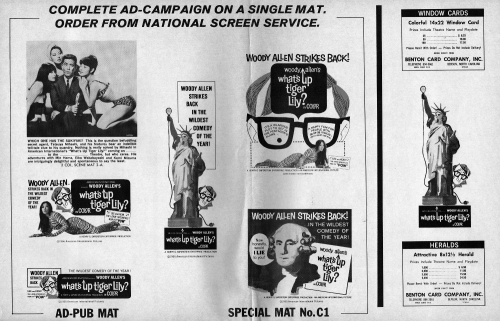 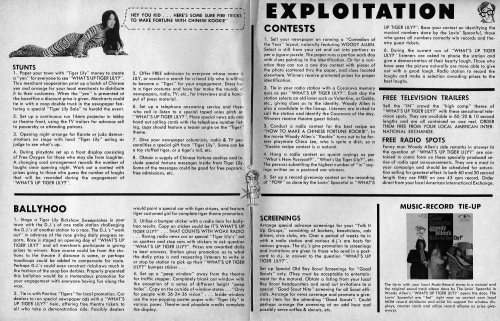