The Wikipedia article on the movie Mondo Cane states: "is a horror-documentary film written and directed by Italian filmmakers Paolo Cavara, Franco Prosperi and Gualtiero Jacopetti. The film consists of a series of travelogue vignettes that provide glimpses into cultural practices around the world with the intention to shock or surprise Western film audiences."

I don't understand the horror-documentary label--it may be shocking, but horror? I recall seeing the trailer for this movie while sitting in the theater waiting for the main attraction to start. I was maybe 7 or so. Boy, was I shocked. To this day I still see the bug-eating scene in my head. Of course, now you can go to YouTube and other points Internet to be shocked. But hey, this was back in the 1960s, baby. We had better values then. We kept all the shocking stuff in the movie theaters. 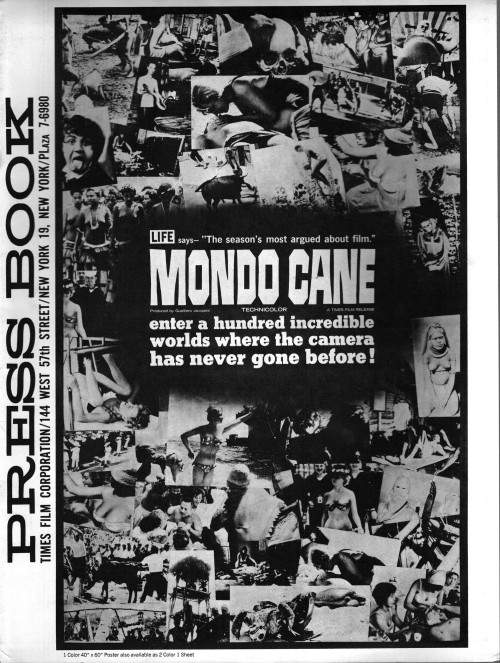 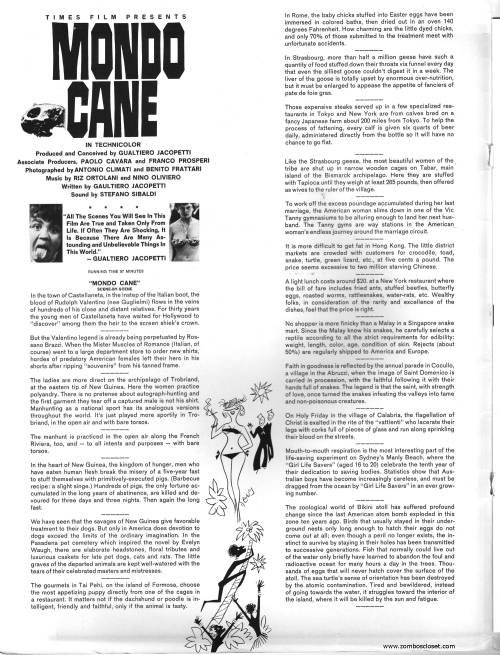 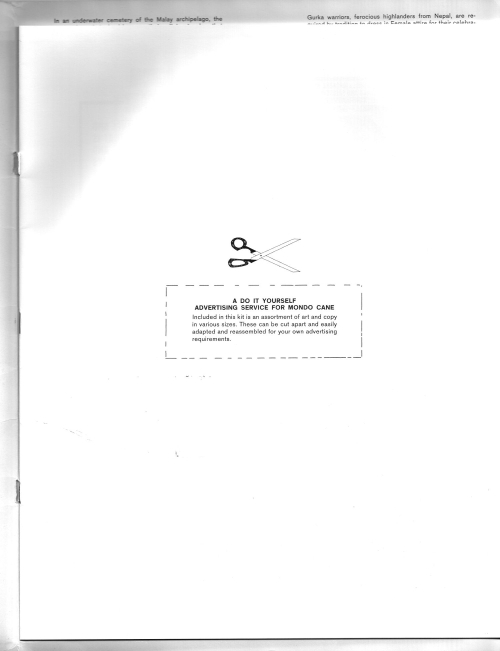 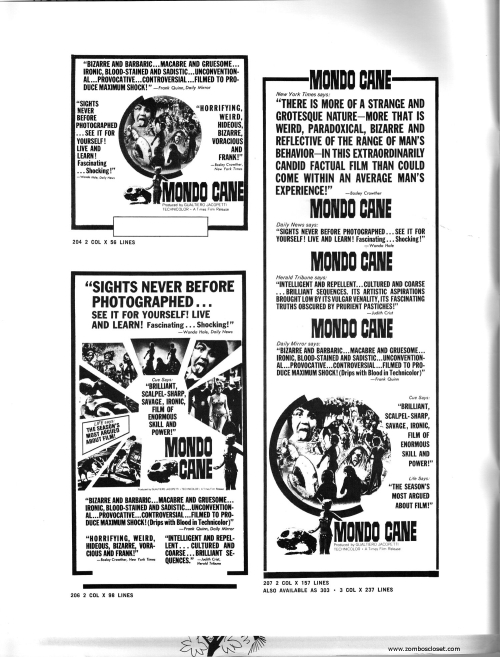 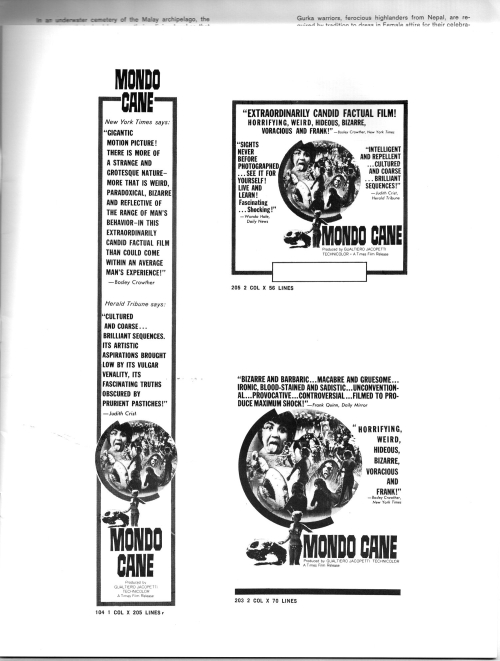 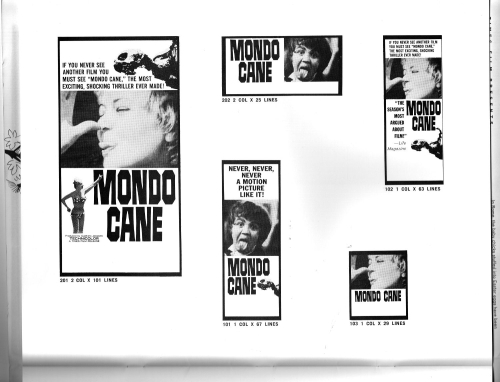 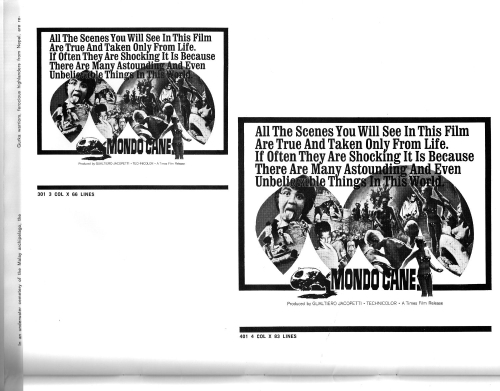 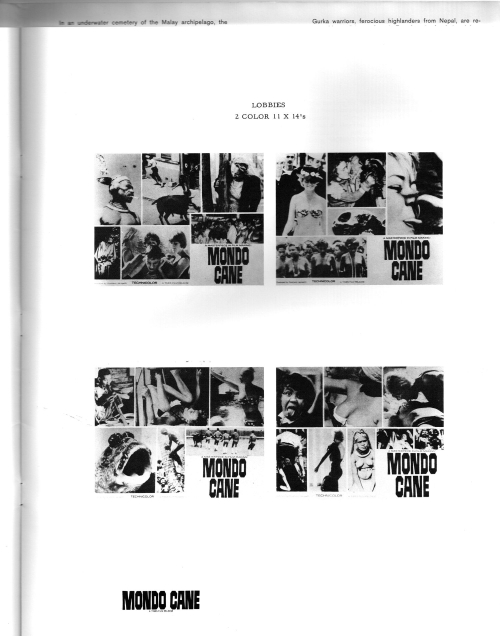 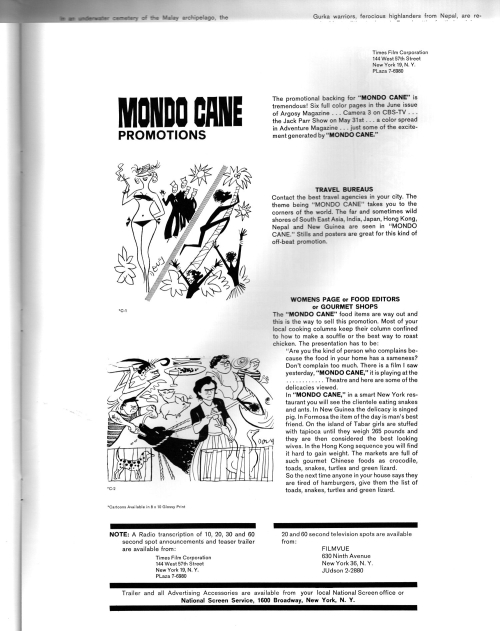 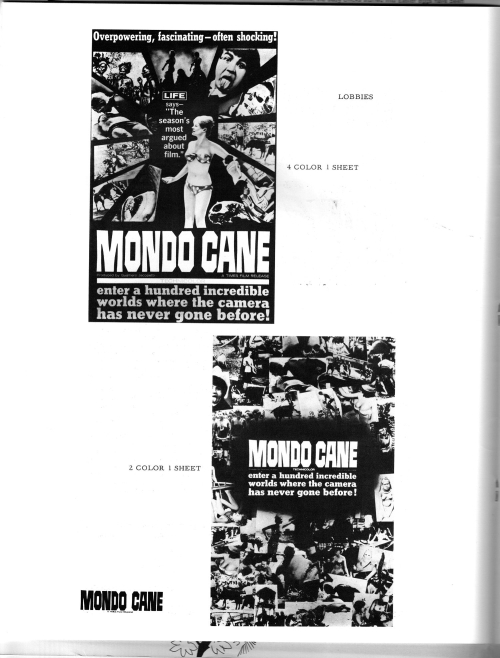 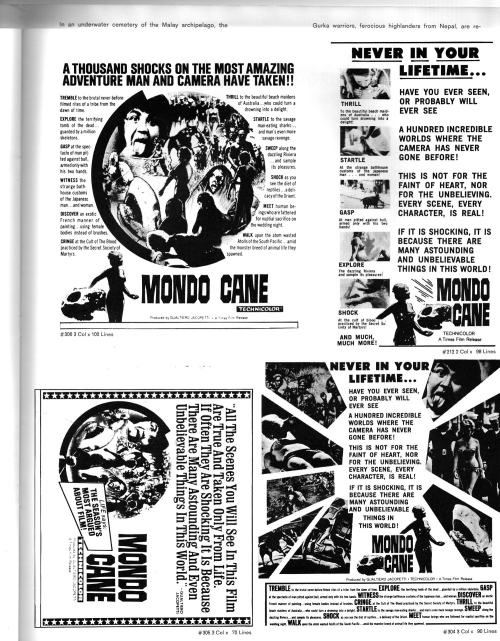 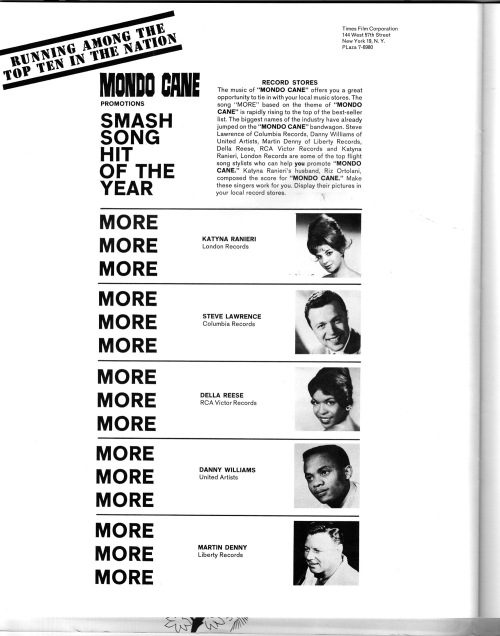 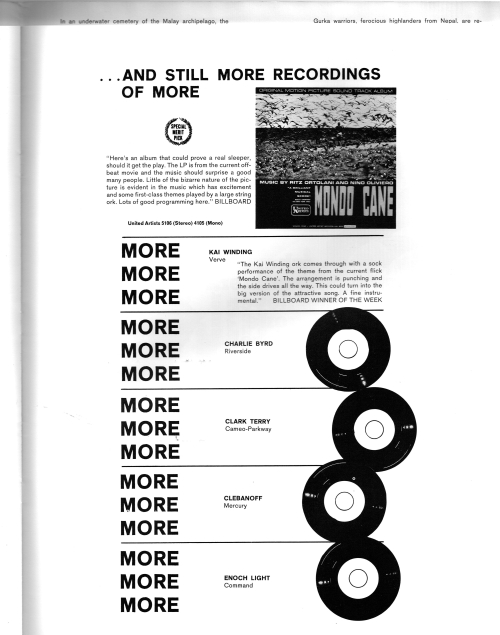 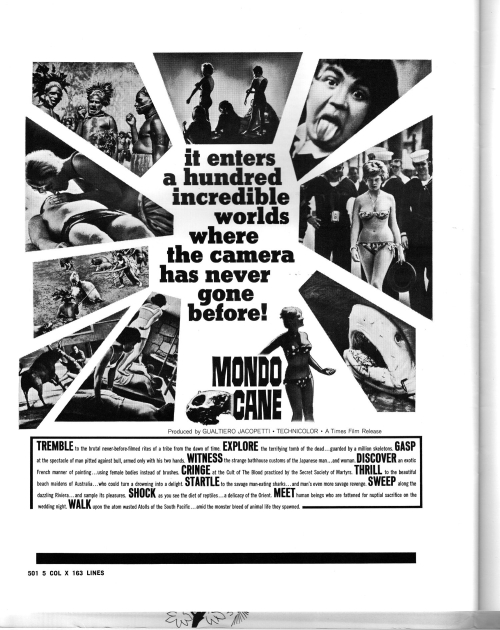 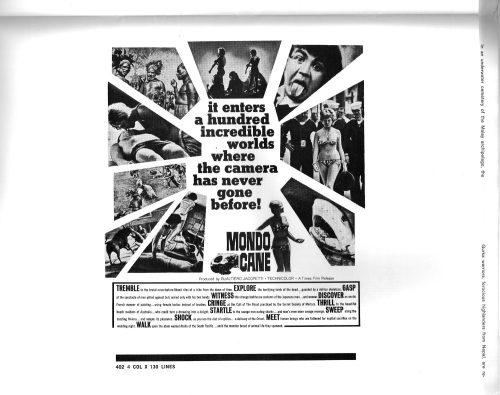 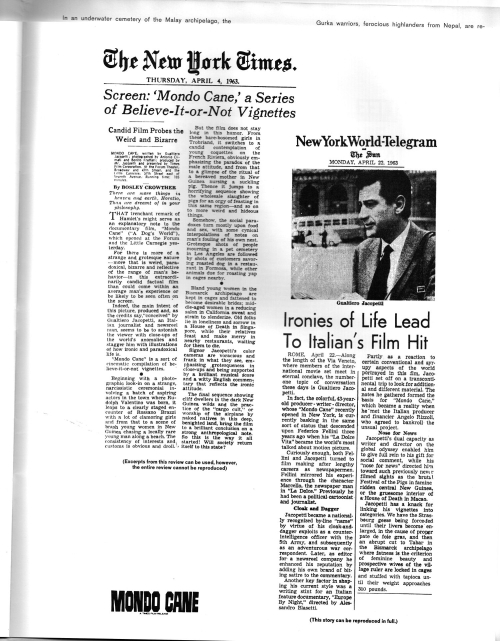 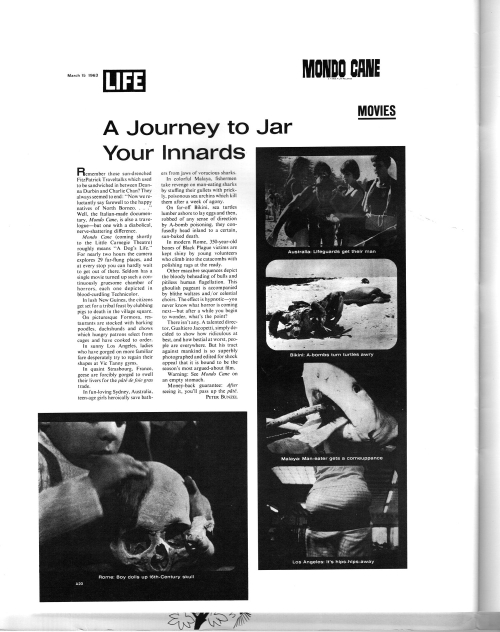 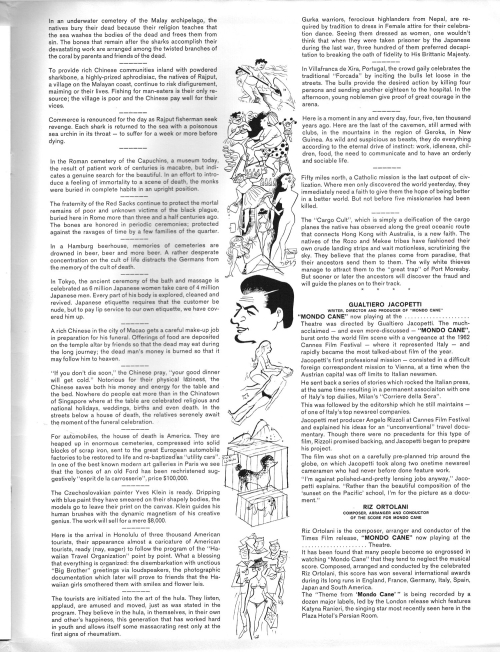 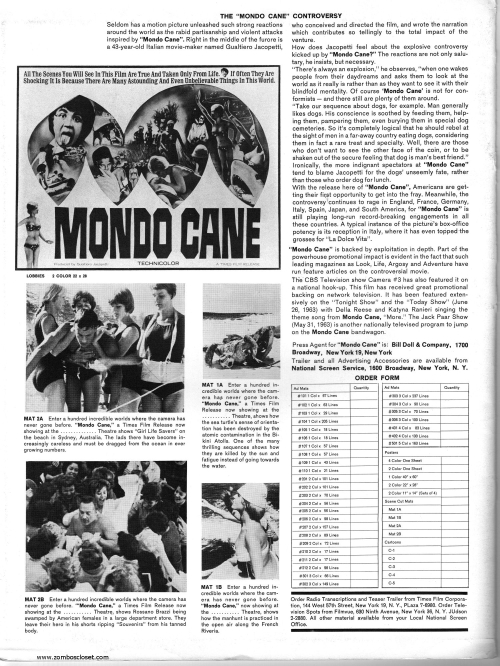