Voyage to the Bottom of the Sea (1961)
Pressbook

There are lots of merchandising tie-ins for Irwin Allen's Voyage to the Bottom of the Sea movie: a comic book, a novel, a board game, and Frankie Avalon singing so they could sell some records. Of course the movie version doesn't have space aliens; the television series had the space aliens, and lots of other cool fantasy stuff Irwin Allen tossed in (with lots of sparkly, silvery, and colorfully goofy props and makeup) to make the TV series a must see for kids after Lost in Space became a hit.

Comic book reader version:  Download Voyage to the Bottom of the Sea Pressbook 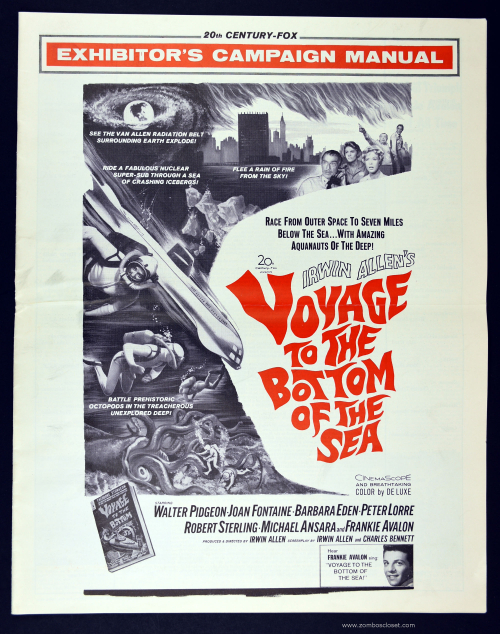 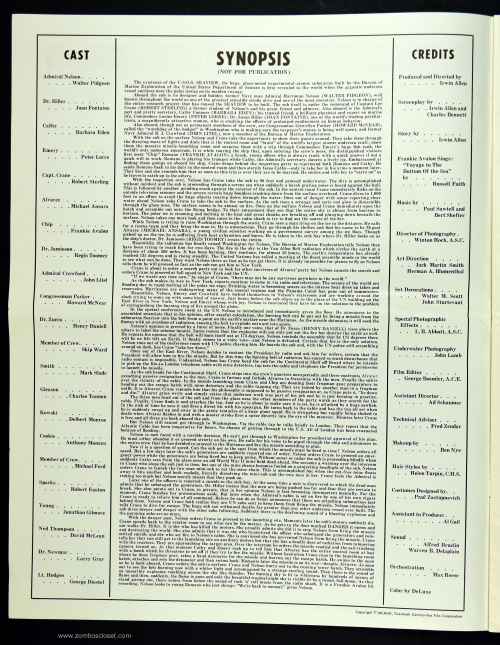 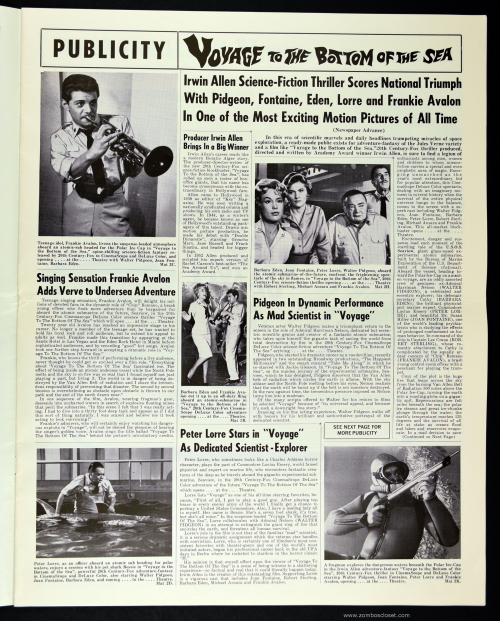 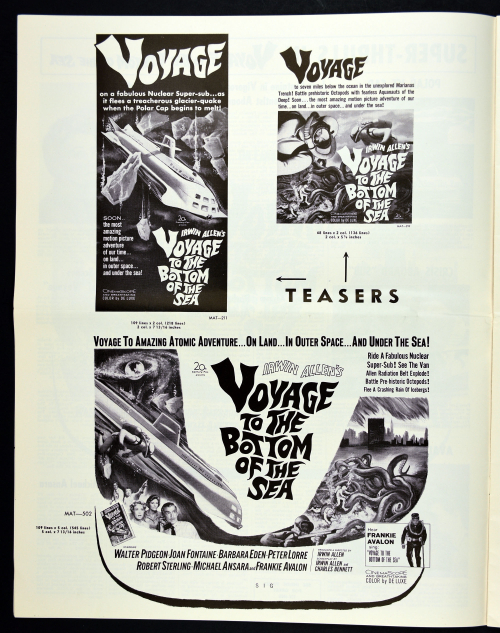 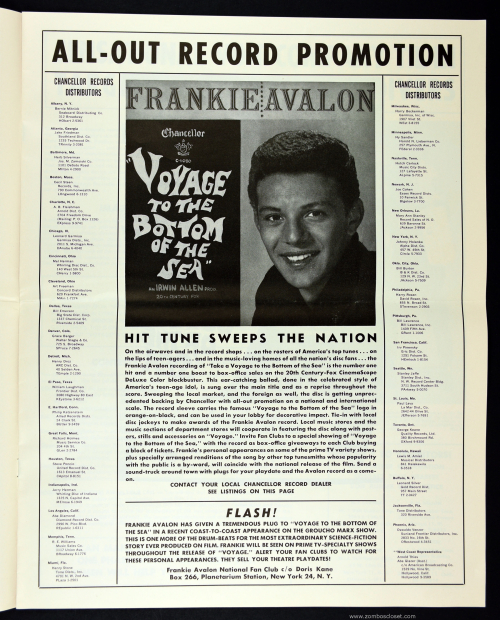 Posted at 11:01 AM in Pressbooks (Horror, Sci Fi, Fantasy) | Permalink

Must of seen this 1/2 dozen times at the Sat matinee. Always wondered how the shark pool didn't empty when they made a dive.