Some Blogging Rules To Review By 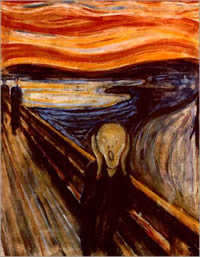 ...after seeing it, I realized that I was faced with an interesting dilemma...the movie was not very good. The acting, for the most part, was uninspired, with the exception of the female lead, who was awful. The editing and camerawork was sub-par, to the point of seriously detracting from the viewing experience. The script was amateur and forced. At just under an hour in length, it was still difficult to get through. Even the opening and closing theme music seemed entirely inappropriate to the material.
However, in researching the film, both before and after viewing, virtually all the reviews and feedback I found regarding it were resoundingly positive. And this has been a situation echoed many times since I began the Vault. This time, I was tired of saying nothing about it. (The Vault of Horror: The Emperor Has No Clothes; or Payola In the Age Of Blogging)


B-Sol at The Vault of Horror, in writing his review for the movie Serial: Amoral Uprising, has touched upon the dirty little black book too many horror movie reviewers carry around with them. Scan the pages of that book and you'll see notes on how to avoid offending would-be directors, actors, scriptwriters, and anyone connected with a bad movie; a movie showing little creative energy or talent in its production--a category in which many independent movies all too often fall into. Now I have not seen Serial: Amoral Uprising. I cannot say if it's good or bad or middling or whether it's worth watching or not. This is not the point, I think, B-Sol is trying to make (although he clearly did not like the movie). What surprised him--maybe not surprise, let's say irked him--is how a movie, which measured badly on many critical points, could receive only glowing reviews; not one, but many. How could that be? The answers are in that dirty little black book.

When I first started blogging I eagerly sought after screeners. I wanted to be a movie critic and I believed screeners would be a great way to hone my critical skills. After the second year of receiving them--and I admit I actively solicited for them--I found myself in a predicament: I realized most of them were of movies done by amateurs who had not paid their dues, or worse, didn't realize they needed to. Basic camerawork, basic scene setups, basic storytelling, basic acting, and all those basic craft things taught in school--or by hard knocks--to produce a watchable movie were ignored outright, or worse, trifled with. I began to feel insulted. I also felt embarrassed, even intimidated, because I had asked for many of them and I felt compelled to not write a bad review. I felt beholden to the director or marketing agent who sent it. This was not, and is not, a good place to be put in.

I'm not saying all the screeners I received were bad. I've had good and rewarding indie movies come my way, and through them I've developed relationships with directors, actors, and writers who've helped me grow as a blogger and critic. Some were skilled people who knew their way around a camera, and others who, with a little more budget, a little more practice, and a little more experience would improve their craft; their movie showed that.

But like B-Sol, many times when I'd research a movie's reviews before accepting or soliciting for it I'd find raves where hisses should have been heard. No balanced reviews, just kudos for clearly what should have been recognized as poor filmmaking. Of course I stopped reading those reviewers, some of whom were connected to commercial horror websites. Either their critical acumen was questionable, or they simple didn't want to hurt someone's feelings, or they didn't want to be shut out from receiving more screeners. That last one can be found in that dirty little black book's table of contents under How to Keep Getting Screeners By Not Biting the Hand That Gives.

It's a situation every movie blogger, and especially horror blogger, eventually faces, and one which test's your professionalism. Once you've compromised by writing a misleading review so no feeling's are hurt or because you're afraid you won't get those freebies anymore--and I've walked that tightrope--why should any reader value your opinion? Worse still, you are letting down those who most need the feedback from your honest appraisal: the directors, writers, actors, and production people who need these reality checks to help them improve their craft.

Roger Ebert provides some very good guidelines for dealing with situations like these and how to review movies while keeping your integrity intact.  I recommend reading his little rule book for any movie blogger who takes his or her writing and reputation seriously.

Posted at 10:49 PM in Reflections | Permalink

the fans who are reading these reviews deserve more, if you lie to them and they spend hard earned money on films that were sub par because YOU said they were "amazing" you run the risk of not only loosing a fan but having word spread that you can not be taken seriously s a critic.

Keep up the honesty Zoc, the public needs you!

Sean, yes, interviews are very important. They provide the background to help understand where creative people are coming from and why decisions are made. It's not an easy line to walk if your main task is to critique; but an informative interview can sidestep that part to a large extent. I've interviewed people whose movies I may not have liked, but I still enjoyed speaking with them and learned a lot.

I couldn't agree more, but I wonder if there's room for doing a positive interview or profile on the filmmaker, even if they've made a bad film? My blog is almost entirely interviews of queer filmmakers, or filmmakers that have made films with queer content. I've stated frequently that I don't do reviews (mainly because I'm a filmmaker myself), but I will give even bad filmmakers a fun, upbeat interview because I want to encourage more queer content, and point people toward it so they can make up their own minds about the flicks.

I'd hate to have this seen as giving a good review when one isn't warranted. I hope that profiles of filmmakers, good or bad, can be taken as just that - profiles meant to entertain.

I'll be honest - I work for The Man, writing the Gay of the Dead blog on Fangoria.com. Which probably leads some folks to think I'm just a PR agent for my interview subjects... (and also seems to keep me out of any independent blog fun, sadly...)

and here's the union we need...

I've only been offered three screeners, turned them all down. It's not that I would not mind watching said films and reviewing them, but I really don't have the time. Also, even if I did not like the film, I'd feel obliged to write something about it. That said, one must understand that many bloggers (B-Sol being an exception) have never worked for a legitimate publication, so they probably don't understand that getting a pass to a film, or a screener does not mean that they have to write something positive about said film.

I've found that it does seem a lot of times that writers are simply afraid to hurt people's feelings. Which has to make me ask, why do you want to review movies, then? You have to have a thick skin, or don't bother writing reviews. They will be a waste of space on your blog, you should devote your space to other content.
To LYZ, I agree that's very unfortunate, but clearly this filmmaker is an egomaniacal dolt. This is also the chance you take when reviewing movies--many critics are unpopular, and if you decide to be one, even as a blogger or amateur online writer, you have to be willing to deal with that if need be. Otherwise, don't do it. Reviewing movies should NOT be a method for making friends with filmmakers.

I find that some people think that writing only glowing reviews will make them more popular with film makers in the horror community.The problem really arises when people want to become friends with every film maker so they feel like they have to give good reviews or these people won't like them. Writing movie reviews, and being a journalist, shouldn't be about how many friends you make it should be about how well written your reviews are.

I have reviewed some screeners and I am always very honest as to whether or not they are well done. I always take budget constraints and the like into consideration, but I wouldn't ever lie about how the movie itself is. Some film makers are very happy about getting an honest review while others didn't talk to me afterwards. Fim makers have got to realise that not everybody will totally like their film, and if they don't have a thick skin then they shouldn't be in the business of making films in the first place.

I learned the hard way to be careful about what you say in a review. I was friends with a straight-to-DVD horror movie director till he read the review of one of his films I wrote. Totally insulted, he never talked to me again. Now he is getting more and better projects and I'm left with an enemy in Hollywood for when I graduate film school.