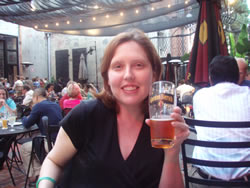 In this installment, Jennifer from Zombies Are Magic tells us how how a zombie helped her escape hearing Tevye sing in Fiddler On the Roof, leading to a life-long passion for sleeping with the lights on.


My first “horror” memory is rather embarrassing, but pretty accurately sums up my love/hate relationship with the genre. I was 4, and my Mother had dragged me to the movies to see the re-release of Fiddler on the Roof. While standing in the lobby waiting for her to get popcorn I became captivated by the poster for Dawn of the Dead. It was the classic poster, with the head emerging from the earth and the tagline “When there’s no more room in HELL the dead will walk the EARTH.” The image thrilled and terrified me. As my mother dragged me into the theater tears started streaming down my face; not because I had to watch Fiddler, but because I knew the bad monster from poster was going to come and get me. I remember staring at the floor of the theater, just waiting for that head to pop out. The fit I threw was so epic we were asked to leave before Tevye got to singing “If I were a rich man.” As my poor Mother apologized to the Manager I remember thinking: I want to go back. I want to go see that monster. This was the start of a life-long fascination with Zombies and a good ten years of sleeping with the lights on. 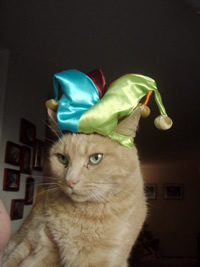 I am no horror expert. In fact, what I don’t know about horror could fill a stadium. But I am a fan of all aspects of horror culture, from film to television, literature to music. Since that day at the theater I have loved to be scared. Luckily, my Parents loved horror films, and they pretended not to notice when I sneaked into the living room while they were watching the latest Friday the 13th or Nightmare on Elm Street flick. They even comforted me when I woke up crying in the middle of the night convinced the strange guy from the Halloween movie was standing outside my window.

As I grew up, my attraction/revulsion complex about horror turned into a deep, abiding affection, beginning with the Universal Horror marathon I watched on Turner Classic Movies one Halloween. I was home with the flu and I only had Dracula, Frankenstein’s Monster, and the Mummy to keep me company. I remembered these films from my childhood, but I had forgotten what an impact they had on me. This led me to revisit many of the horror films I watched growing up. Most of them made me laugh. A few, like Halloween, still scared me. And then I re-watched Night of the Living Dead. Alone. On a stormy night. I had Zombie nightmares for a week. Instead of running to the shrink I decided to embrace the genre.

Films led me to literature, and I discovered that, like Romero, Lovecraft could also keep me up all night. I was in love. There was no turning back.

Zombies are Magic! didn’t start as a horror blog, but I seemed to get a better response to my “stream of consciousness” reviews of horror films than I did to the endless pictures of my cat. My horror bi-curious friends encouraged me to keep writing, and my understanding, “not a huge fan of horror” husband relinquished rights to the television so I could watch things like Cannibal Holocaust. Now, after fully turning to the dark side (sorry cat) I am so proud to be a part of this awesome horror blogging community. Like many of my fellow bloggers, I am waiting to be really scared again. I haven’t given up hope that the next film I see or book I read will make me feel like I did that day when I was 4 years old: scared out of my mind and all the better for it.