« Music: Once Upon A Midnight Syndicate | Main | Interview: Amy Gretch » 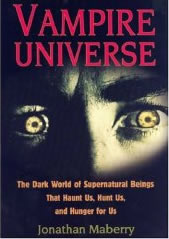 There are days I wish I could recapture my youth, or maybe trade some of my heavy years now for those light ones happily spent not worrying about anything that wasn't comic book or monster-movie related. I'd trade a month here or there just to go back and hop on my red and chrome bicycle with the racoon tail, banana seat, and gleaming headlight that easily lit the dark ways of late-night rendezvous, with the neighborhood kids, in low or high beam.

I'd even trade weeks for the chance to visit Phil Seuling's comic book shop again. Just off of 86th Street in Brooklyn, it was the oasis to my daily desert-trek through Catholic school and the mundane world. You'd never quess that Phil taught English at the local High School, or that he knew so many wonderful people involved with those wonderful, spirit-lifting, awe-inspiring, and conversation-shifting movies in paper form, comic books. I'll never forget the time I met Roy Thomas either, or the issue of Submariner Number One he autographed for me; oh, and that issue of Conan the Barbarian Number One, too.

Funny enough, when I'd often bike over to Phil's shop and hang out, I'd leave with much more than just geeky chit-chat and prized copies of the latest FF, Spidey, Captain America, or Doctor Strange. Once I left with a leather-bound and really old set of Charles Dickens' complete works — needed help to get it home it was so big. Another time I left with Edgar Rice Burroughs' John Carter of Mars, Savage Pellucidar, and Carson of Venus paperbacks. They were really cheap; cover price was thirty-five cents. I still have Savage Pellucidar. Now and then I'll crack open those acid-browning pages and refortify myself by taking a good long breadth of the stuff that dreams are made of.

So you could say that Phil's comic shop was more than just comics for me. I developed a fondness for learning about new, fantastic things through books. Rummaging overstuffed shelves and boxes filled with books, and skilfully pulling books from teetering piles, all to perhaps discover a page here, a paragraph there, or luckily even a whole chapter, is an exuberance I've never tired of. When my luck would be so good as to find an entire book full of the incredible, I would snatch it up and race home in glory.

So the short of it is, that's why I like — no, love — books like Jonathan Maberry's Vampire Universe: The Dark World of Supernatural Beings that Haunt Us, Hunt Us, and Hunger for Us. It's the explorer, the discoverer in me that enjoys reading about creepy bumps-in the-night; and Maberry's book is filled with lots of these wonderfully creepy bumps and more. Jackpot! 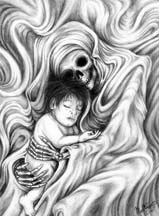 Vampire Universe is the first book in a planned four-volume set from Citadel Books, and it doesn't just cover vampires; inside it's covers you'll find cryptids, revenants, the living dead, hellhounds, lycanthropes, the beautiful but deadly and the ugly and certainly deadly. You'll also find wonderful, evocative artwork from some of the genre's most talented artists, in both eerie black and white illustrations throughout the book, and saturated color plates tucked neatly in the middle.

Cryptids, you ask? Those are the often-sighted creatures, like the Loch Ness Monster, Bigfoot, et al., that always wind up in shaky-cam videos or fractalized photos. But you never know, right? And that uncertainty is what makes the exploration of the outré so much fun. Of course, there are four other Cryptid classifications mentioned in the book, but you'll need to get the book to learn more.

At a horror convention with Josh Whedon and you need to quickly tally the types of vampires one can meet in the dark places of fiction and superstition? No problem; just read the introduction and soon you'll be rattling off the astrals, wasters, and breadth-takers along with the usual blood-drinkers like a pro. My favorites are the seductives, and I definitely don't like the flesh-eaters, for obvious reasons.

There are seven chapters, each with it's own informative introduction and alphabetically assorted vampires and monsters. The introduction to Chapter Two discusses why vampires fascinate us, and outlines their more literary and cinematic incarnations in popular culture, beginning with John Polidori's influential 1819 short story, The Vampyre, and closing with Buffy, Angel, and Forever Knight. Chapter Four briefly outlines some of the realities behind why supernatural  beliefs in such dreaded beings may have evolved, such as a child's unexpected death, sleep paralysis, and catastrophic disease. Toss in the overwrought imagination from a bit too much ale hoisted in the local tavern (or office party) and that fearful, deathly dark and quiet walk all the way home would have you seeing creepy things, too.

The scholarly exploration in the book even encompasses the heroes who devote their lives to vanquishing evil. Chapter Six leads off with an important list of good-dealers that includes Kishimo-Jin, the Japanese patron goddess of little children, the witch-sniffers known as Amagqirha, and the Batak, or witch-doctors that can reclaim the souls of those lost to vampirism. I could have sworn I also saw Cubicle-Destroyer Dan in the list, death-dealer to corporate zombies and bad management everywhere, but maybe I was mistaken? I bet he'll appear in the next volume for sure. 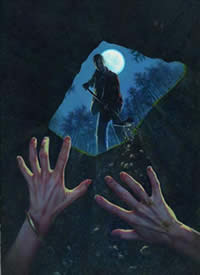 Need some help real fast and no heroes have arrived yet? Simple: go to page fifty-two and stock up on the charms and talismans mentioned. I already knew about that All-Seeing Eye charm (thanks to Doctor Strange, Master of the Mystic Arts), but that Archangel Root will certainly come in handy to heal any gaping wounds. I think I'll start wearing that Hamsa Hand amulet also; it wards off the Evil Eye, and I tend to get a lot of that at work. Come to think of it, I can use that Archangel Root at work, too.

Vampire Universe is filled with fascinating information that can be leisurely browsed through as you sit by the fire, or speedily referenced in case something horrible is rapping at your chamber door. For horror and fantasy writers, it is an essential encyclopedia of inspirational source material. I've already named my supernatural detective after reading it, and I've dog-eared a few future adversaries for him. Even if you're not a writer, anyone interested in well-researched information about the culturally significant supernatural beings that make up the mythology of a country will not be disappointed. To really know a people, you need to know what they're afraid of.

Whether it's the goblin Spunkies of Scotland, the Kathakano of Crete, or the Duppy of the West Indies, you'll find the rational fears and terrors of any culture reflected in its irrational creatures that haunt and hunt the fields, forests, swamps, and byways of its homeland.

After you read Vampire Universe, you'll be able to make an expert judgment whether to fight or flee. As for me, I'd probably just run like hell anyway; but at least I'd know what was chasing me.

I'm reading Mr. Maberry's "Dead man's song" & it's literally scaring the "crap" out of me... well done! There isn't really a lot of books that can do this to me. Keep up the excellent work Mr. Maberry!