The Valley of Gwangi (1969) Pressbook

Courtesy of fellow lover of the fantastic, Terry Mitchitsch, comes these scans of The Valley of Gwangi pressbook. Cowboys and dinosaurs, what's not to love? This movie marks Ray Harryhausen's final dinosaur stop-motion work. Like King Kong, the finding of an allosauros, they name Gwangi, leads to commercial exploitation, then mayhem. Perhaps the script would have been better if they just stuck with one lone dinosaur instead of having a bunch of them show up. That really doesn't work much, sensibly, except to give Harryhausen more skillful work. A lone dinosaur would have been more emotionally focused. But it's still not a bad movie and would actually make for a neat remake (sans the extra dinosaurs ;). Interesting to note that Willis O'Brien, who wrote the original script, Valley of the Mists, had only one dinosaur too (according to the Wiki). Check out the Beast of Hollow Mountain, another cowboys and dinosaurs movie.

This pressbook is rather basic, but still filled with some interesting promotional items that include a coloring contest and Gwangi Goodie Kit. You also have Richard Carlson and James Franciscus, so not too shabby. 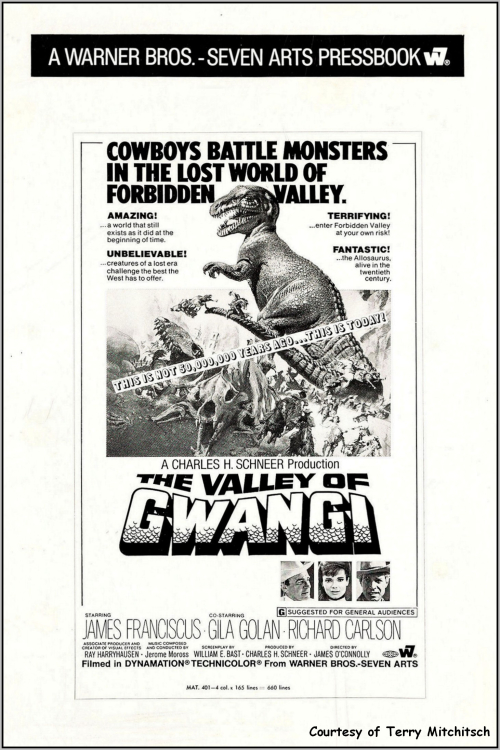 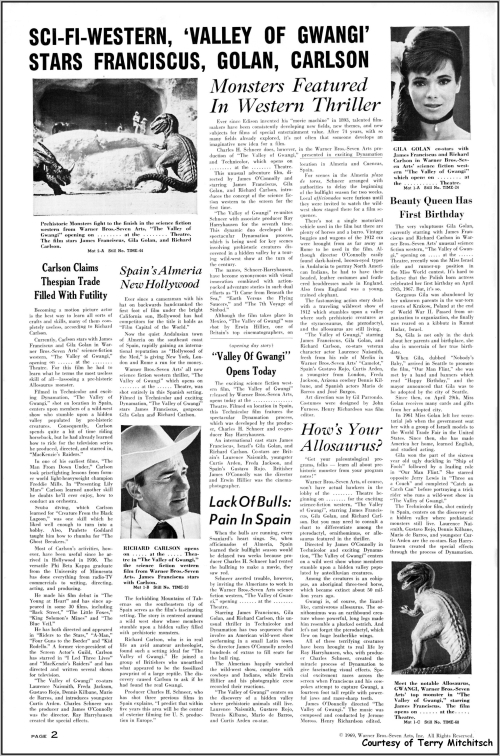 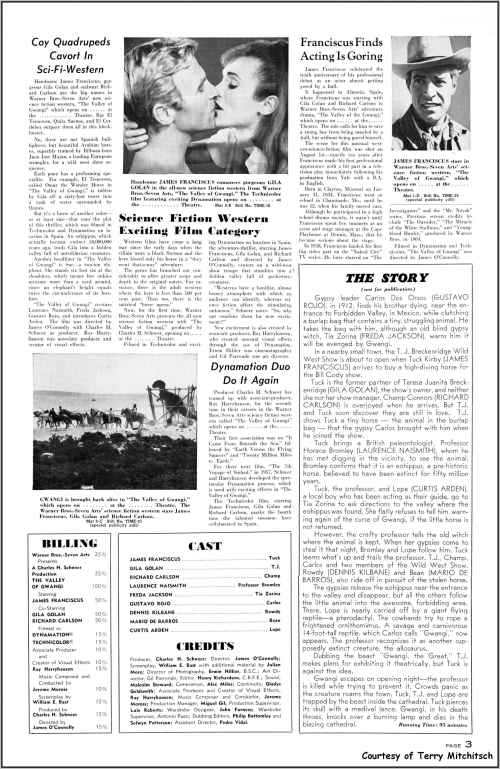 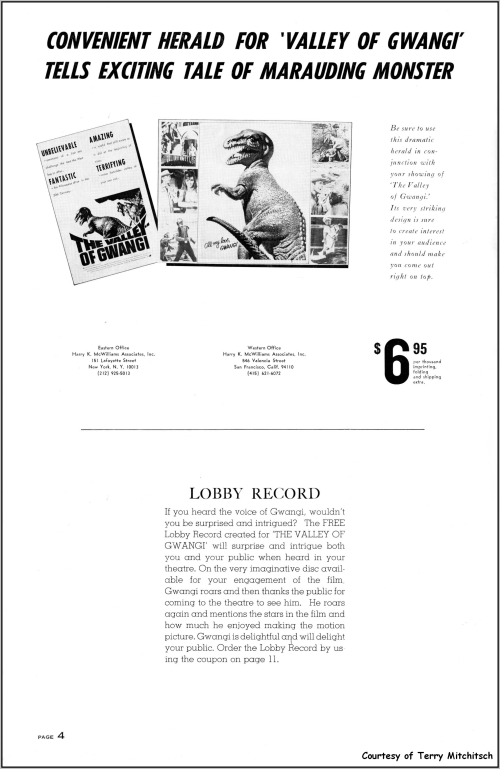 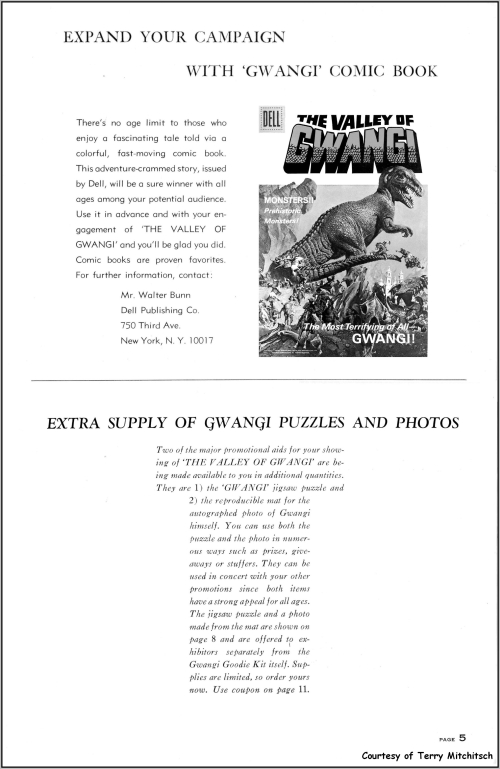 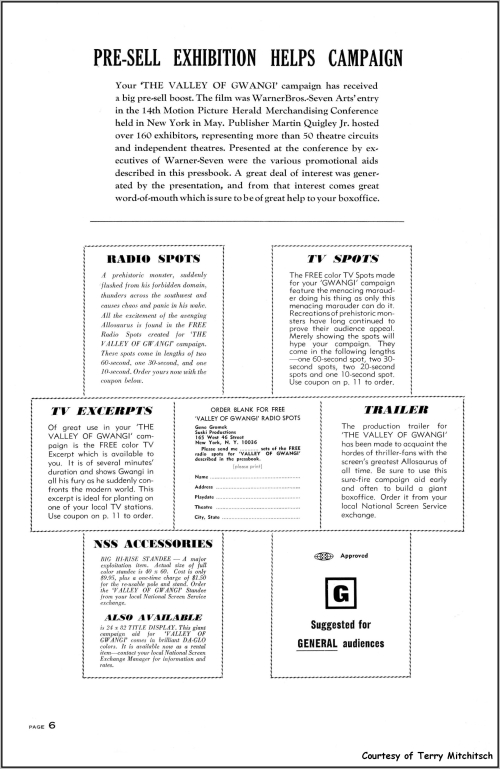 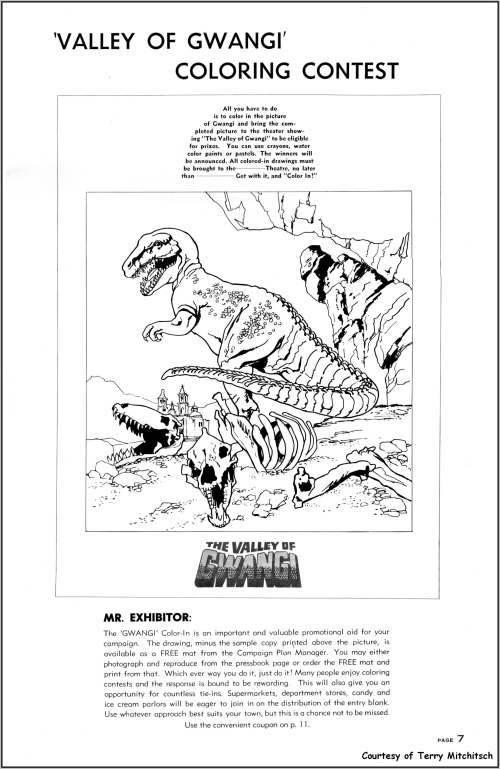 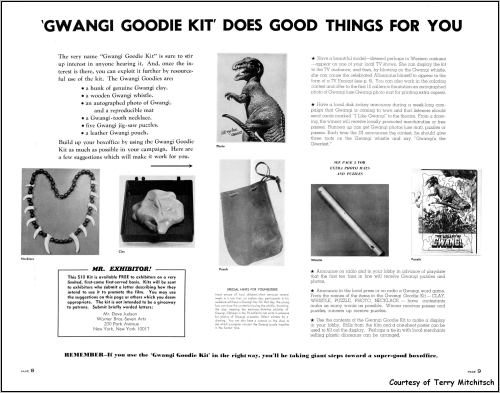 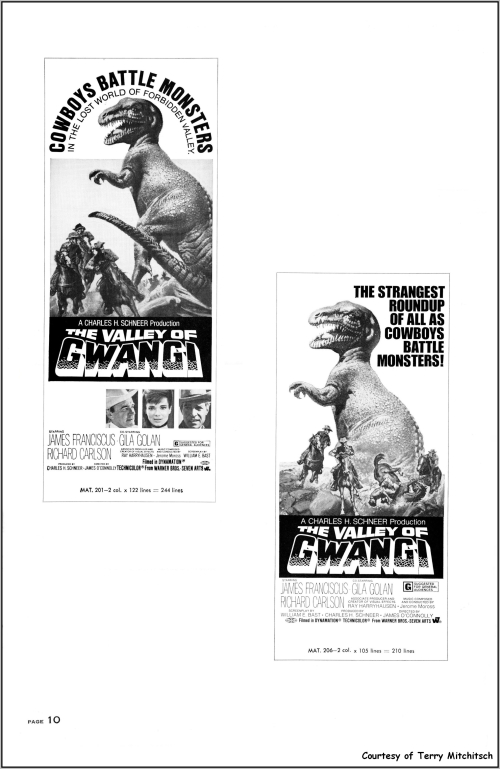 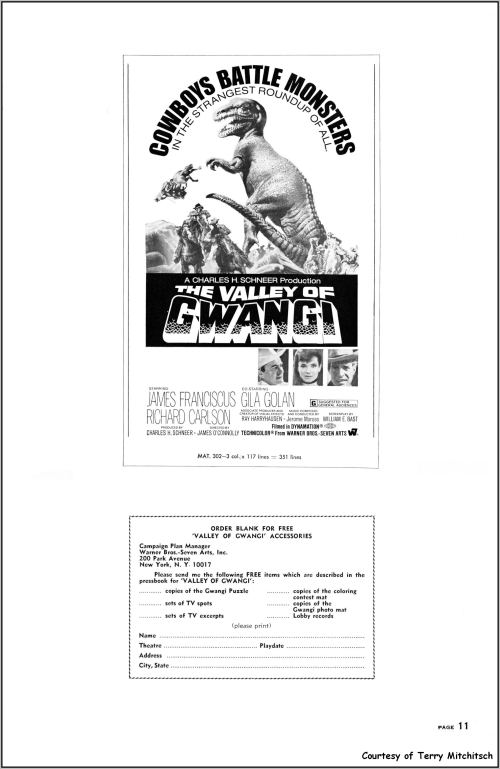 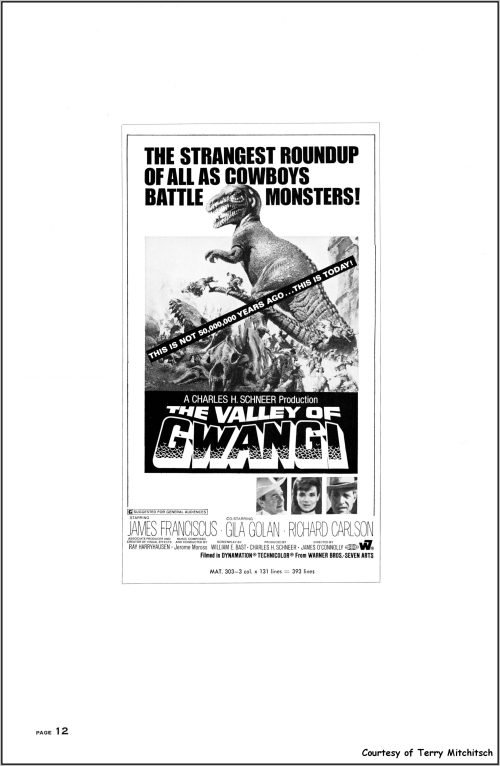 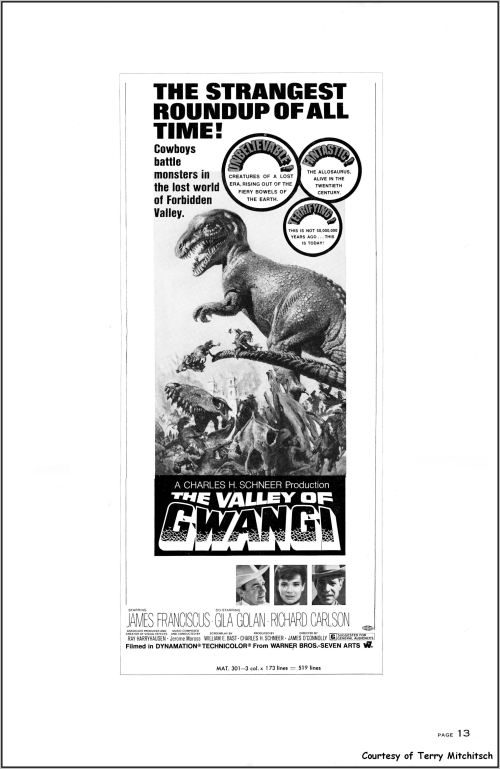 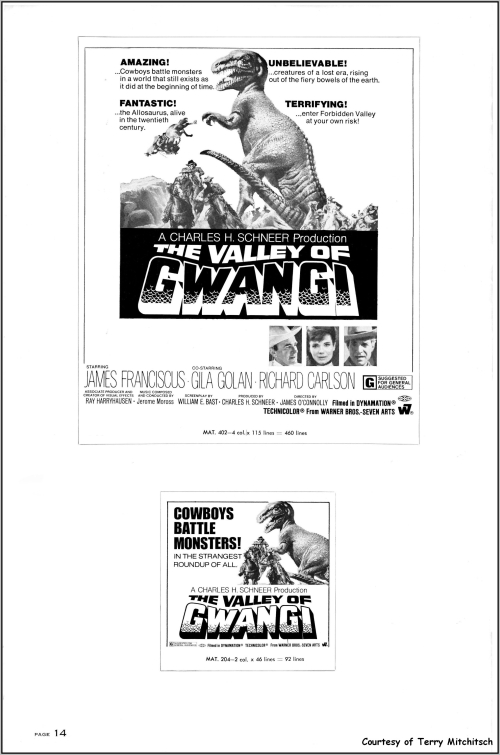 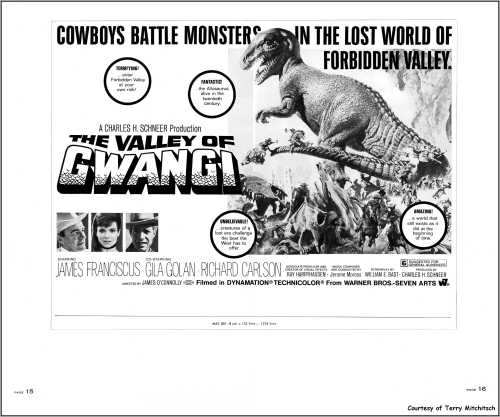 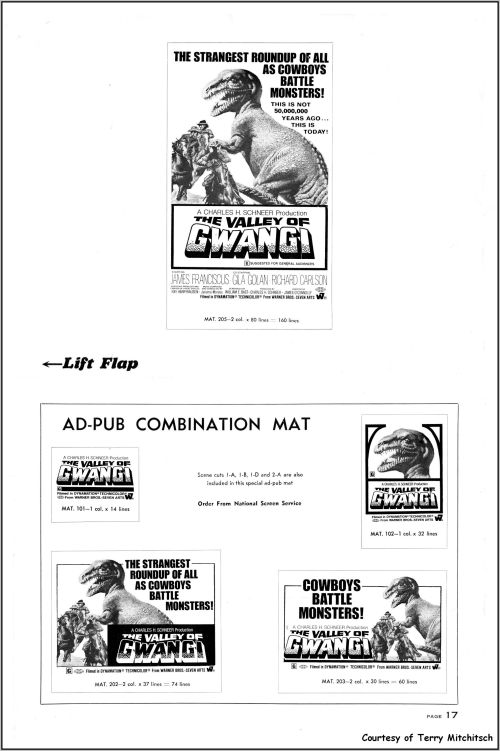 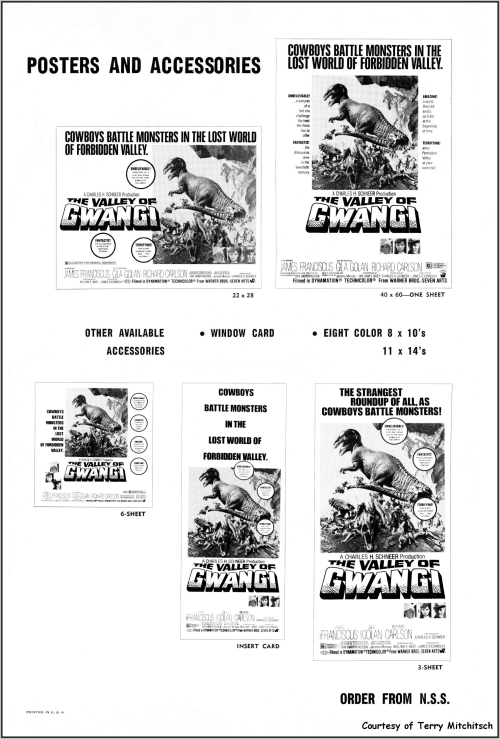 Posted at 11:35 AM in Pressbooks (Horror, Sci Fi, Fantasy) | Permalink