Monogram Pictures was a low-budget producer of series films like Charlie Chan, Bomba, The East Side Kids, and The Cisco Kid. Along with a lot of westerns, Monogram filled movie theaters with memorable characters portrayed by Frankie Darrow, Mantan Moreland, and others. Notable stars also graced the Monogram productions, like Ginger Rogers, Alan Ladd, and Robert Mitchum. One of my favorite series is Charlie Chan. While politically and culturally questionable today, they were a staple of B (some would argue for C) movie fare for years, and actors like Mantan Moreland, a black man in a very white Hollywood, brought financial success to the movies he plied his comic trade in, as best he could, given the limitations of the times. He would have been fantastic as one of the Three Stooges (as Shemp's replacement). Note on the Exploitation page the casual suggestion of dressing someone in blackface for promoting the movie. 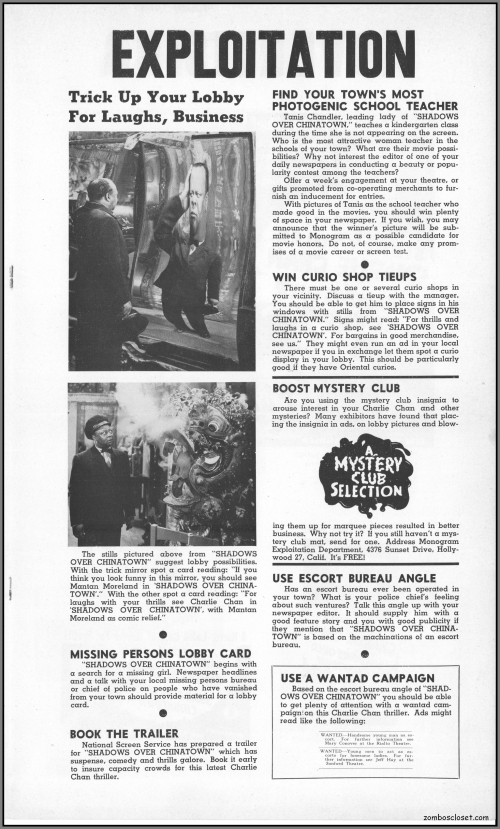 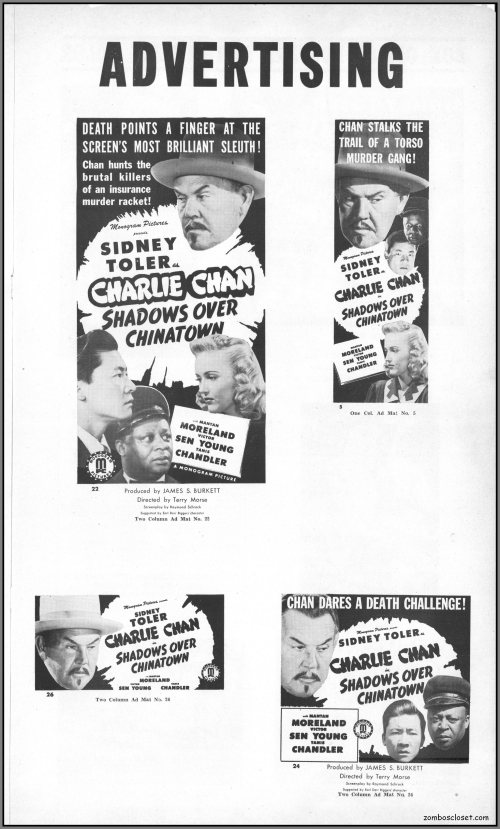 Posted at 11:43 AM in Pressbooks (Non-Horror) | Permalink