With Shemp Howard and Joe Besser to assist in the craziness, as well as Hillary Brooke, Abbott and Costello poke fun at all those jungle safari movies popular at the time. Clyde Beatty supplies his own animals. Besser would eventually replace Shemp as one of the Three Stooges after Shemp's death. The film became public domain in 1977 and the original film stock was deteriorating, so the free versions you see are usually of poor quality. A kickstarter in 2019 aimed to restore the film to blu ray. Africa Screams pulled in 1.5 million dollars in 1949. The disparaging illustration of the native with a cook book was standard for the time, unfortunately. 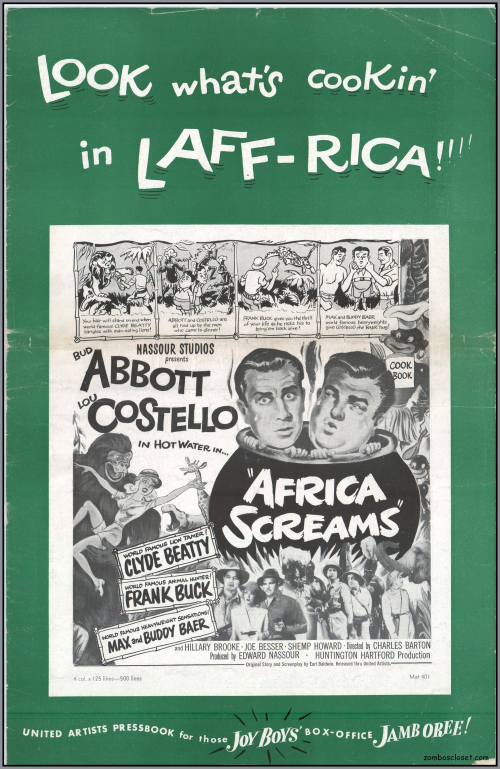 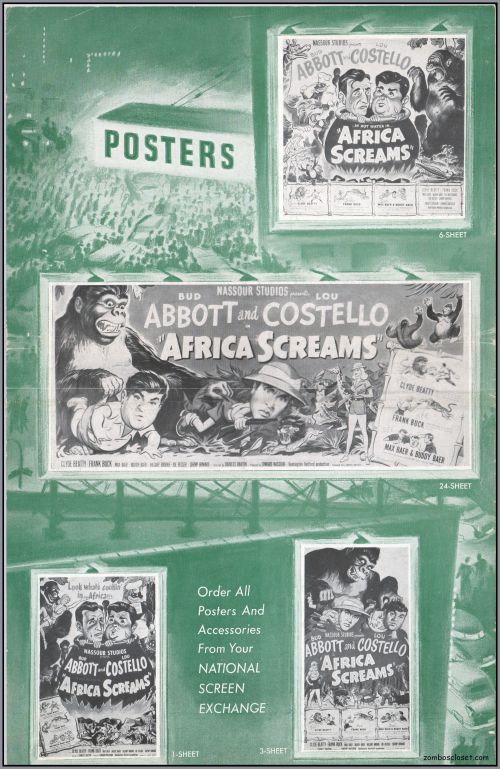 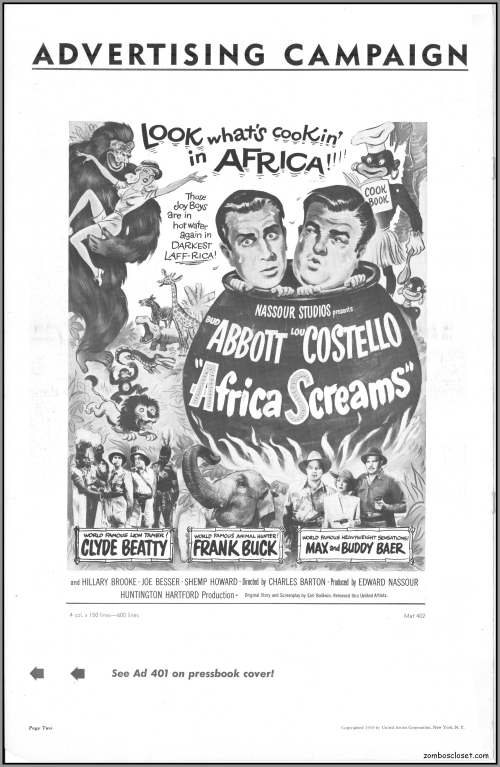 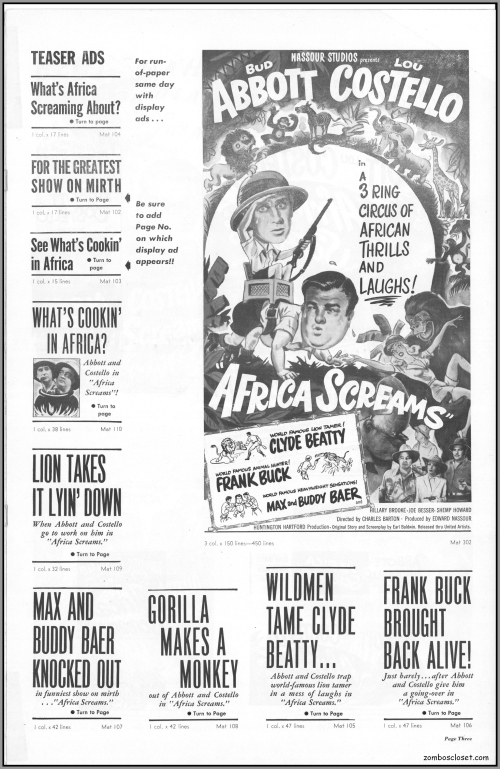 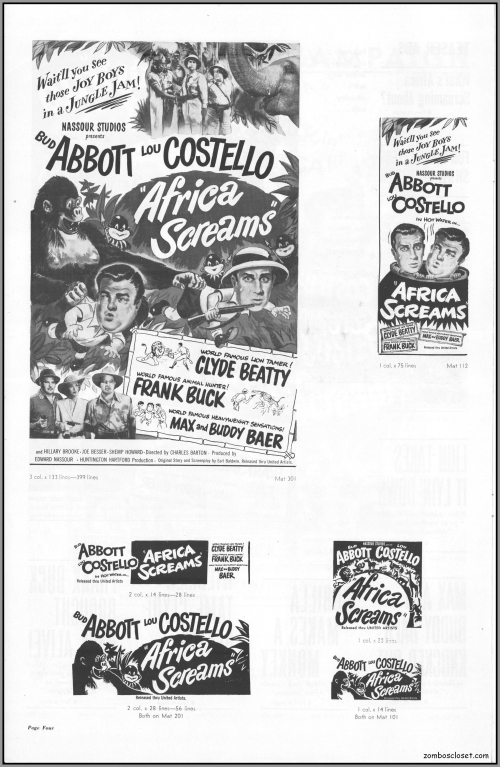 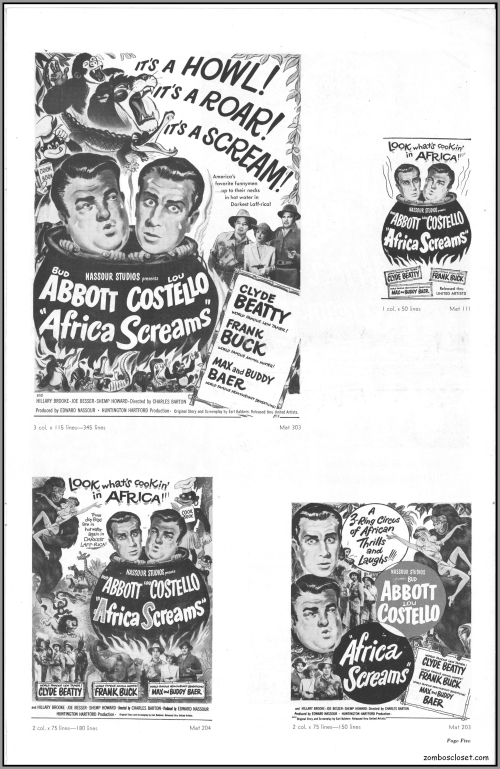 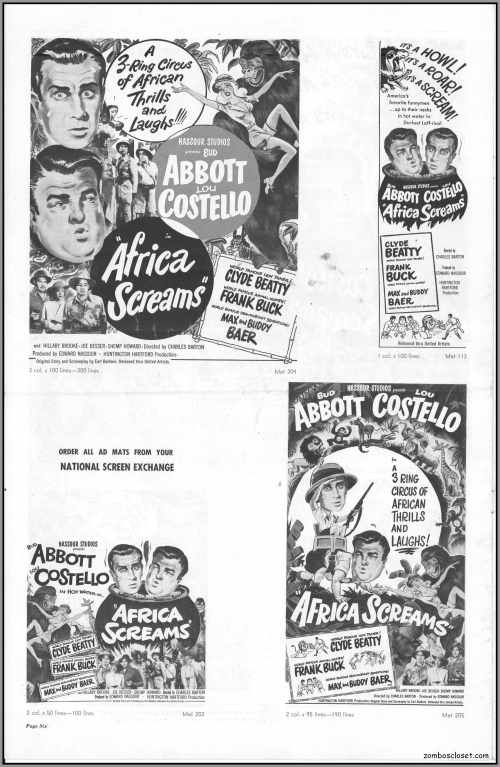 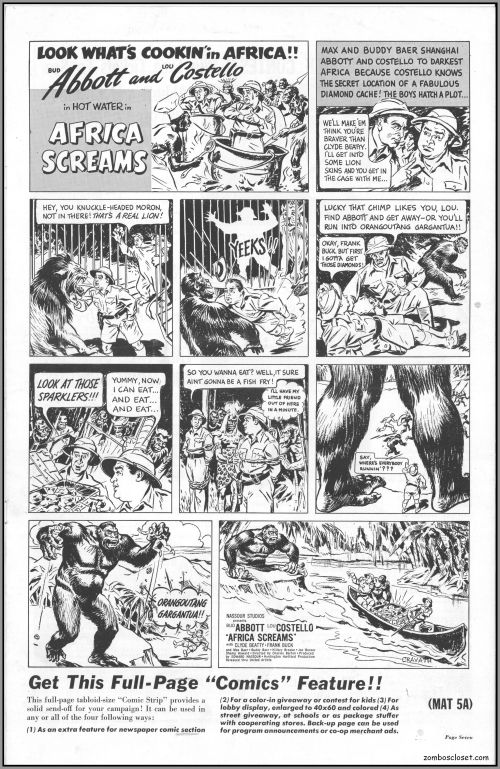 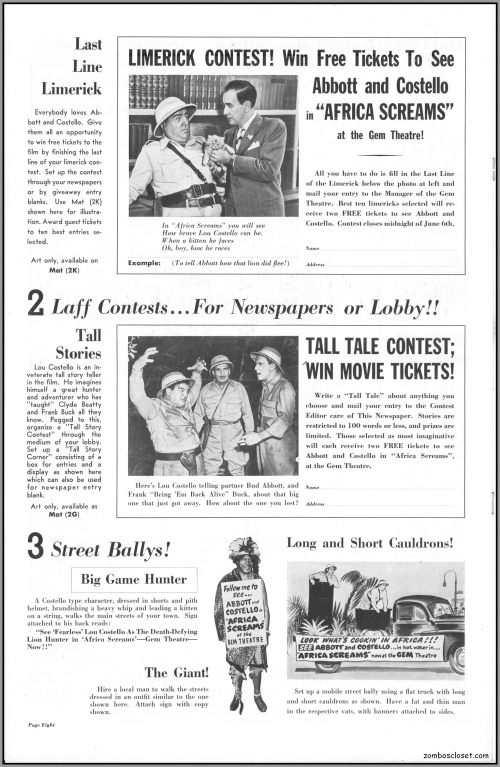 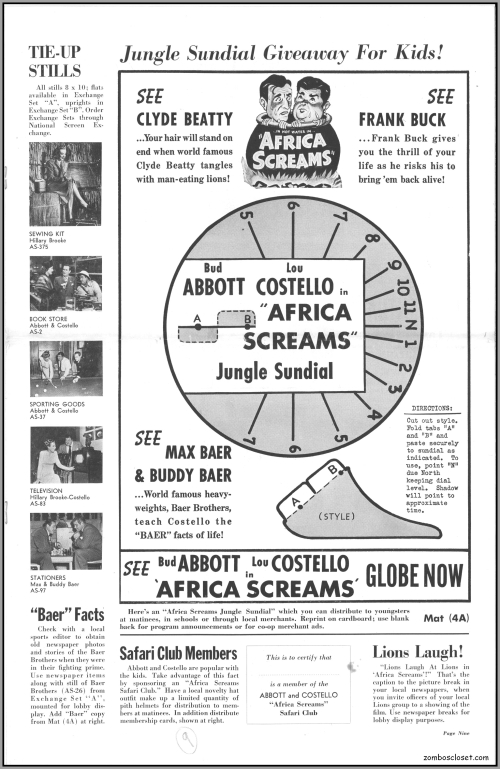 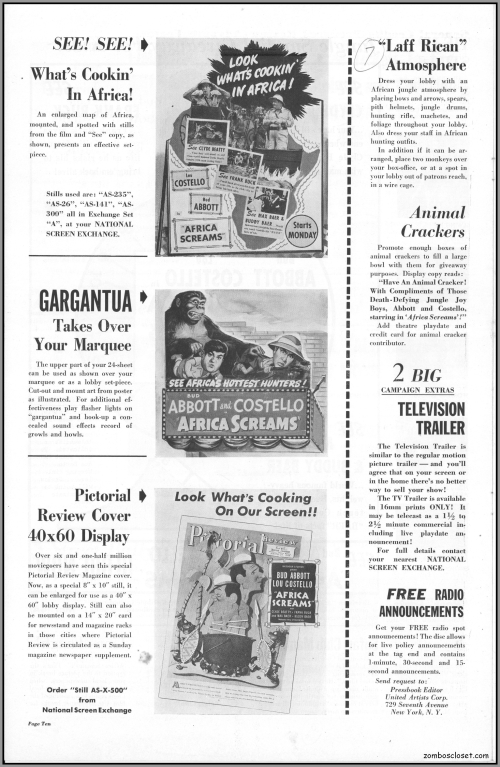 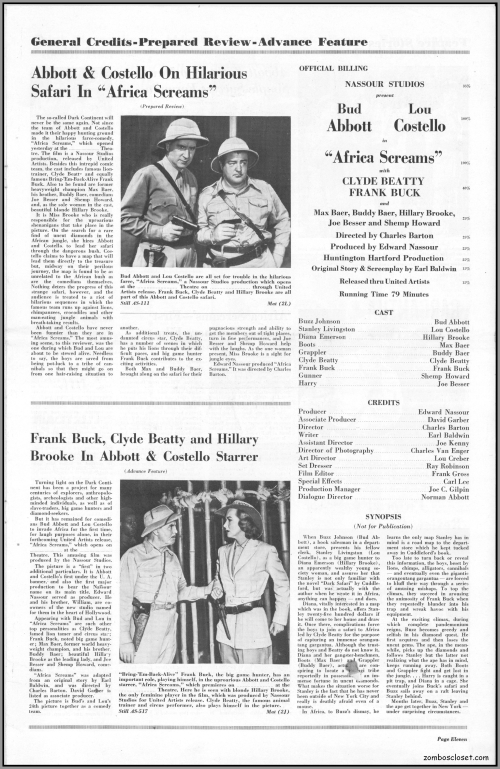 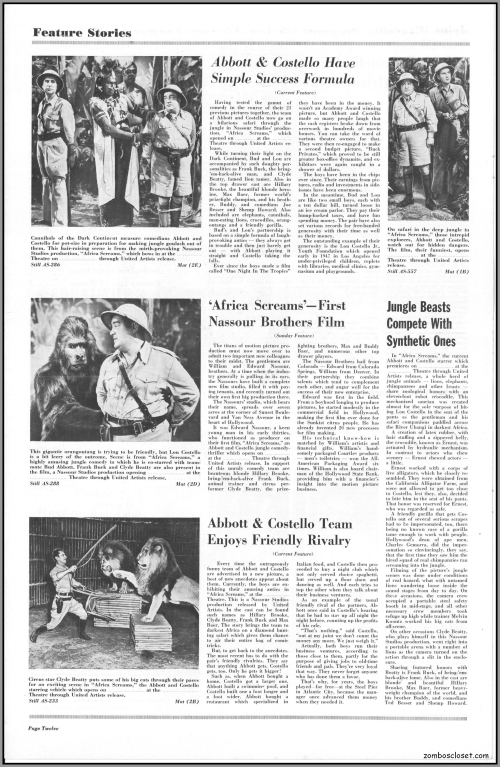 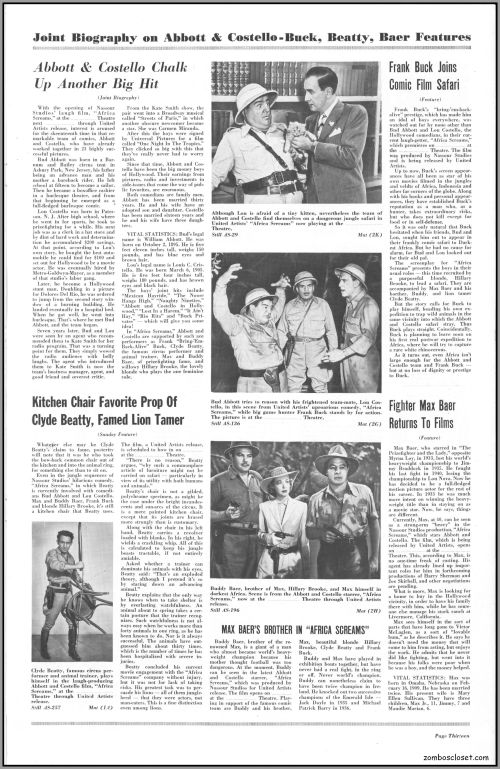 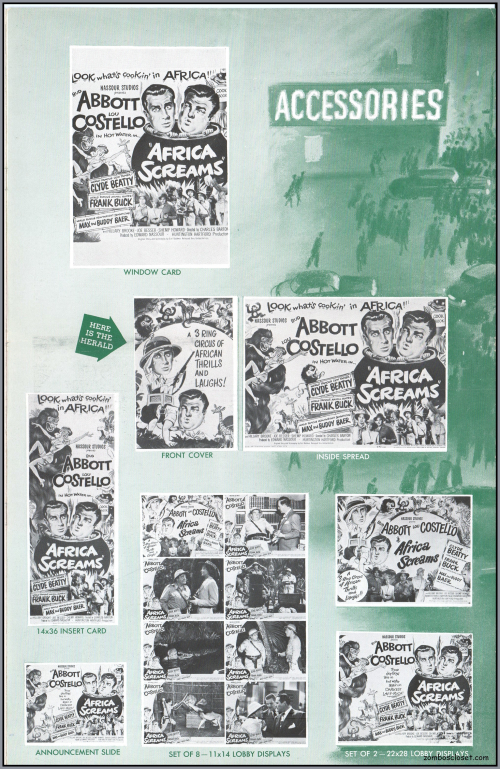