Tarzan and the Huntress (1947) Pressbook

Reading this pressbook I learned something I hadn't really thought about: Tarzan is a vegetarian. I bet you didn't know that either.  I like the tagline, "Cheta makes with antics when the animal kingdom revolts." It is also reassuring that, even in a jungle, a family can thrive (with a lot of help from the studio crafts department). While many Tarzans that followed could speak, rather eloquently, I prefer my Tarzan with his grunts, umgawas, and hand gestures. The strength of Johnny Weismuller's characterization comes from the simplicity of an uneducated, uncivilized man who shows just how civilized and educated he can be through his actions. Now, if they could have lessened the "white beauties" angles and chose a more realistic approach, this series would be much better than it is, but having grown up with it, I still think it's pretty good, even with its faults. You can read more about the movie on ERBzine.

ComicRack and YakReader version: Download Tarzan and the Huntress pressbook

You don't need to hunt for more pressbooks From Zombos' Closet. 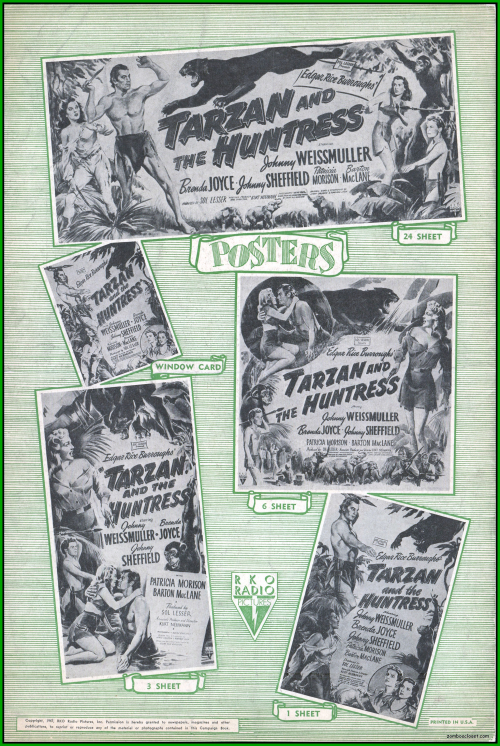 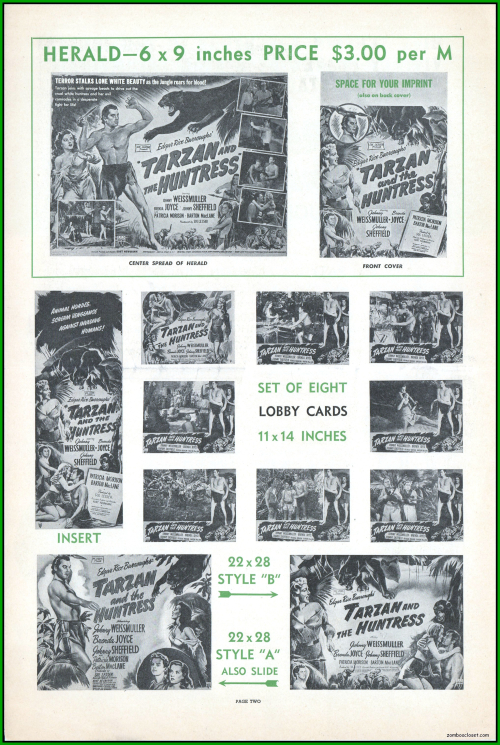 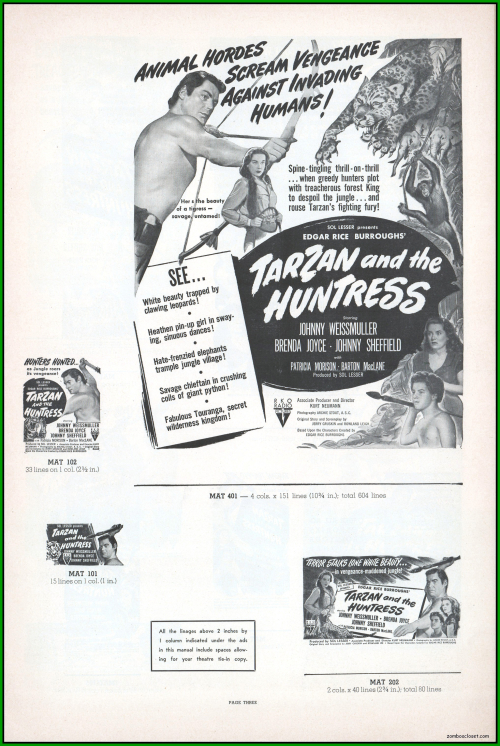 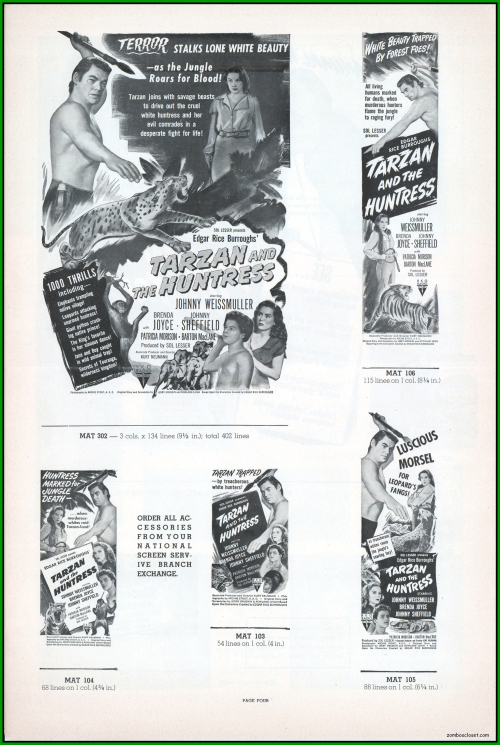 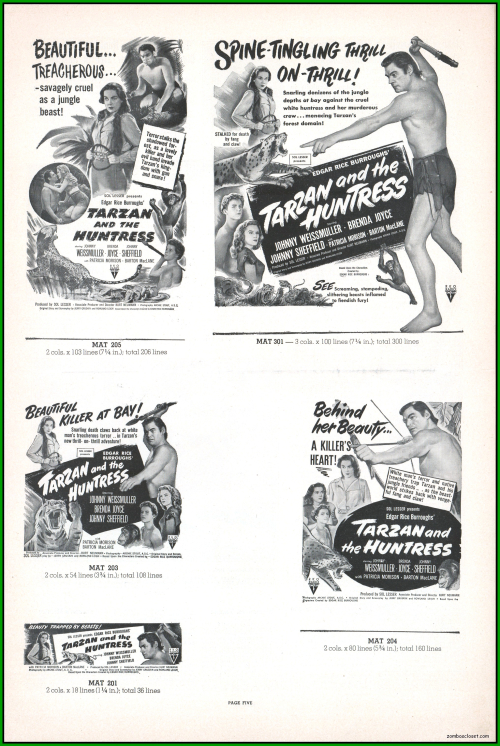 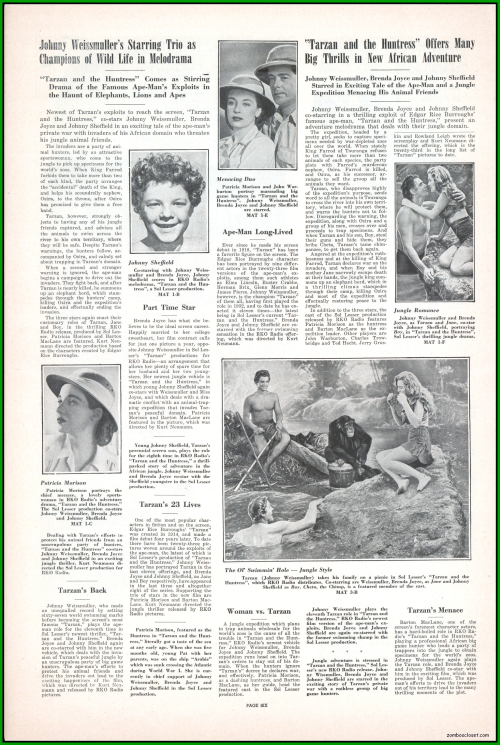 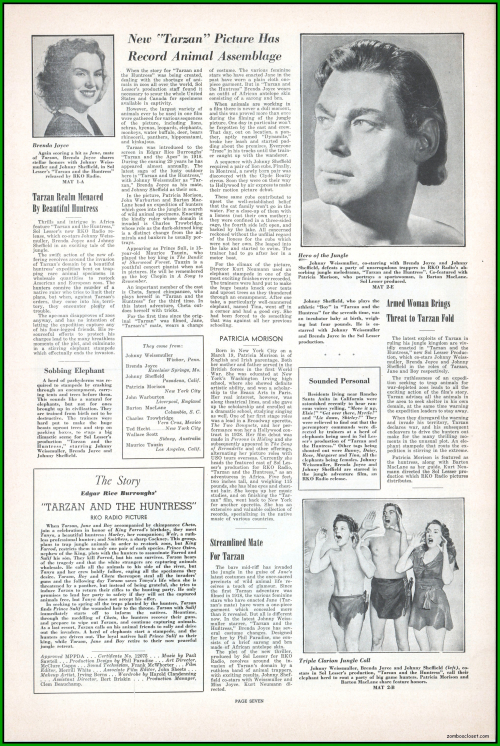 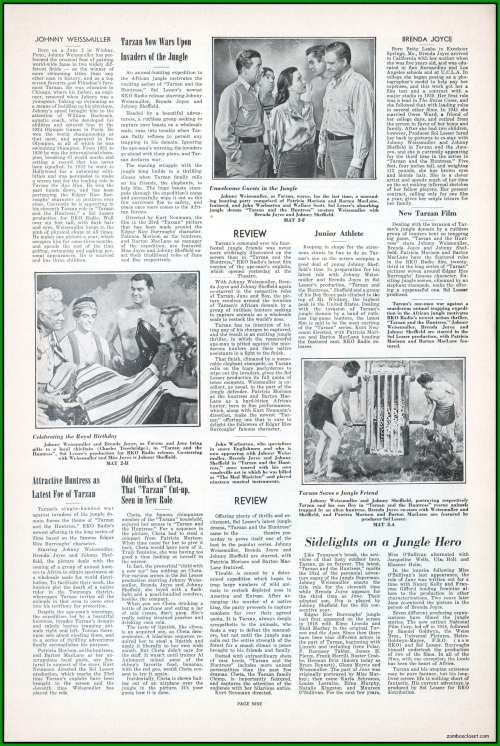 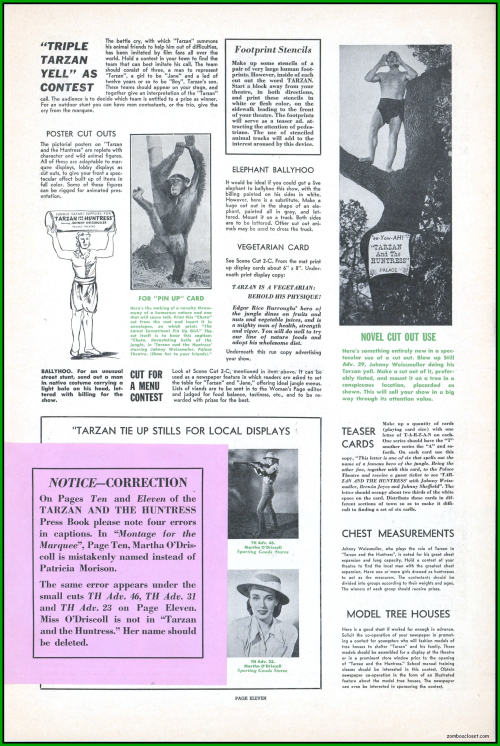 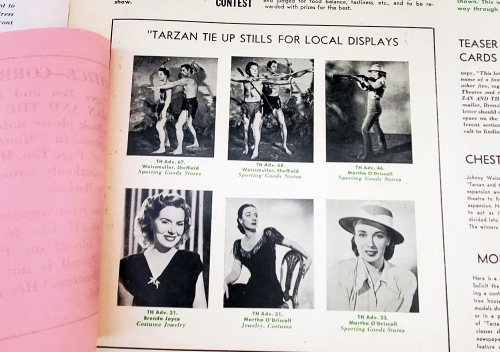 Posted at 10:48 AM in Pressbooks (Non-Horror) | Permalink