Captain Midnight's most dastardly villain turned out to be his ex-sponsor, Ovaltine, who owned all the rights to the name. When the television show (he appeared on radio, in the comics, and there was a serial and newspaper strip), went into syndication, Ovaltine forced a name change to Jet Jackson, Flying Commando (see Nostalgia Central). Here is the official code book and membership manual for secret squadron members (you know who you are). 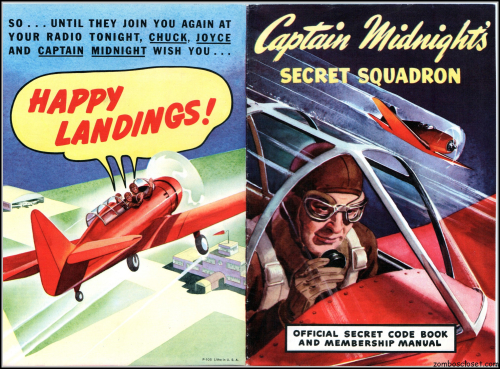 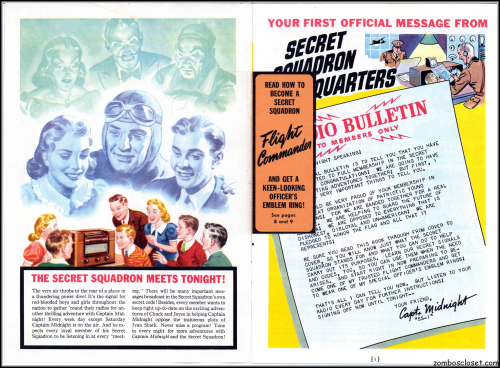 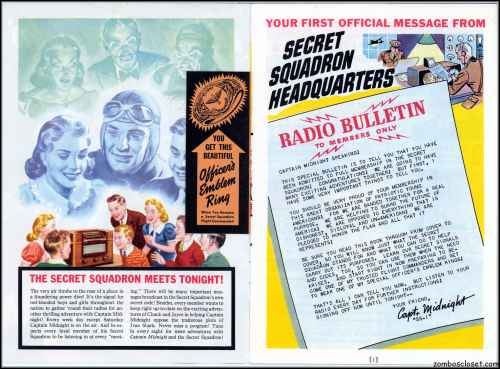 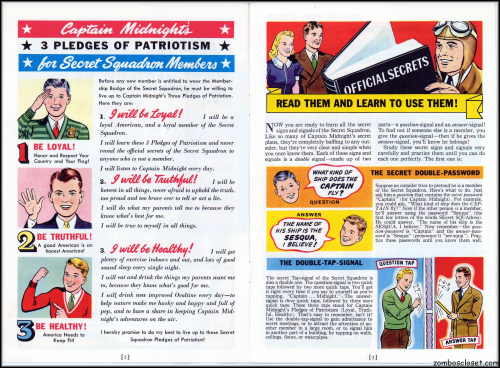 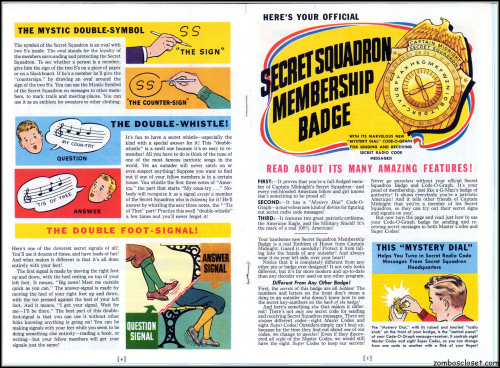 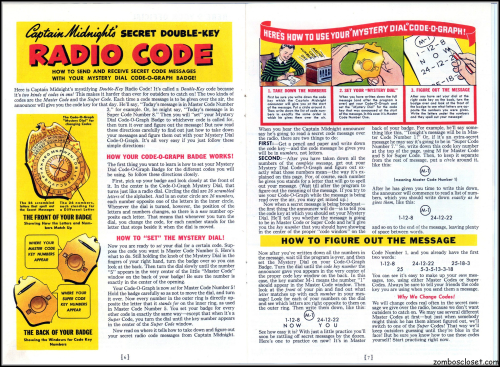 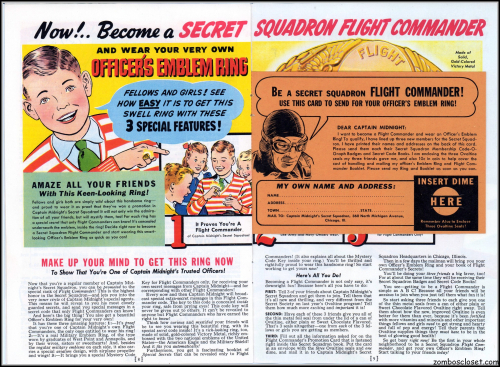 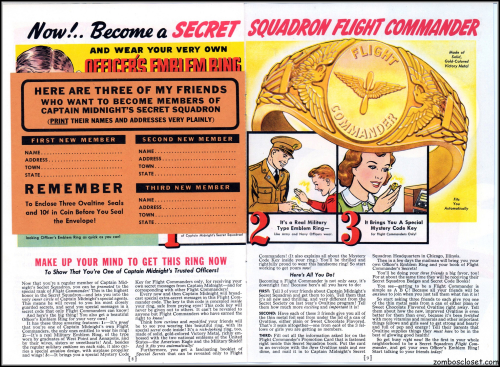