As a kid watching this on my black and white television, I admit I was both fascinated and bored at the same time. Abbott and Costello had more fun with the concept in their Abbott and Costello Go to Mars (1953). I will quickly sum up this baby by saying it's Zsa Zsa Ga-Boring. But a saving grace is seeing costumes and props used from other more exciting movies, like Forbidden Planet. Interestingly, Wikipedia mentions the Queen's guard costumes' colors may have influenced Star Trek. The pressbook is not too shabby. Note the radio AND television promotions. TV was starting to become less astronomical, so it warranted attention to help sell seats.

Luckily, YOU do not need to be a queen to see more pressbooks from Zombos' Closet. 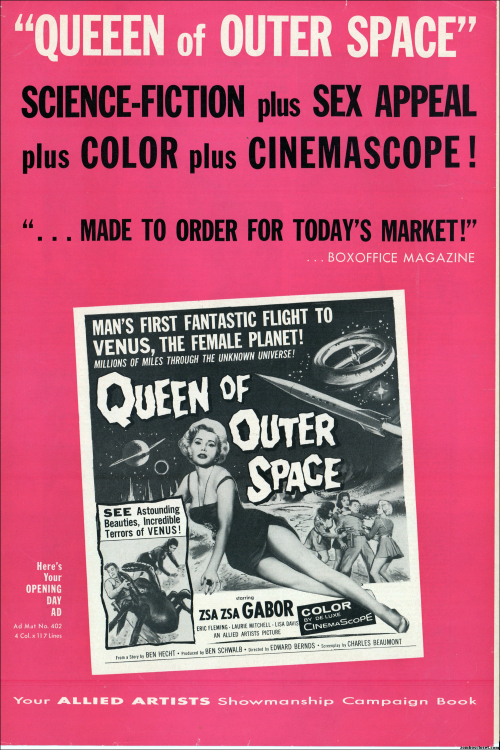 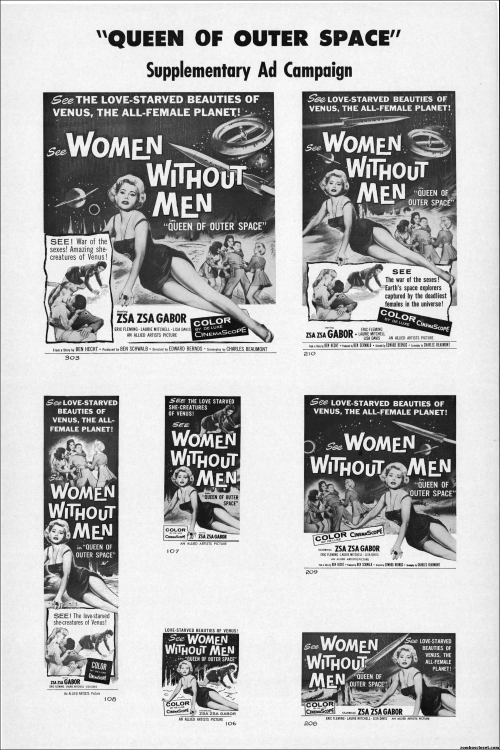 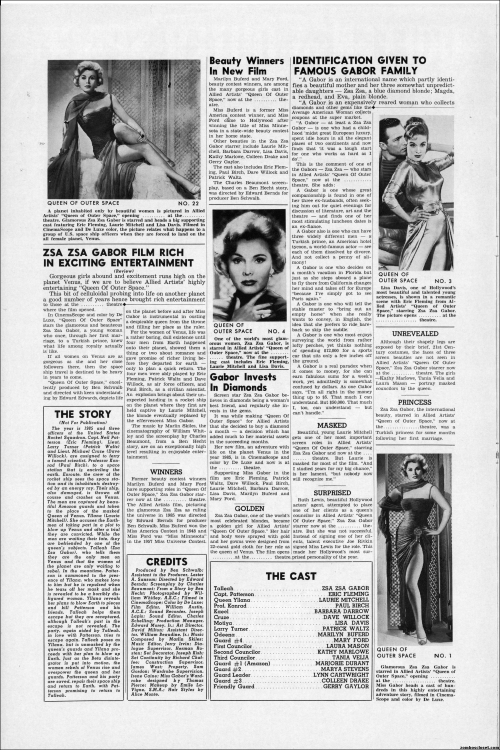 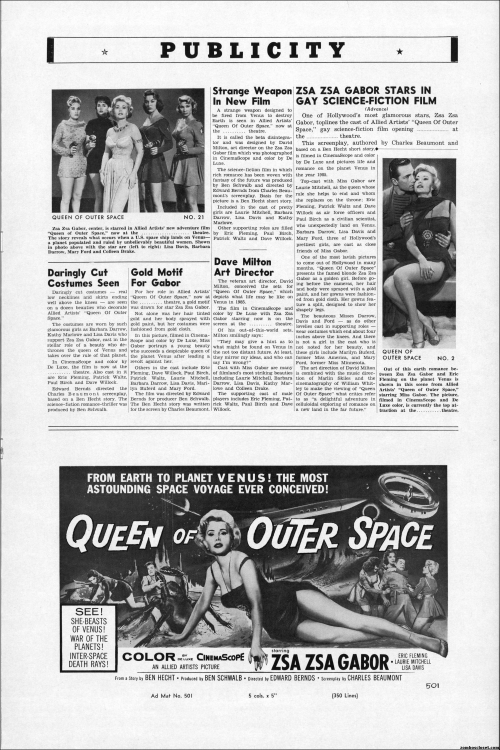 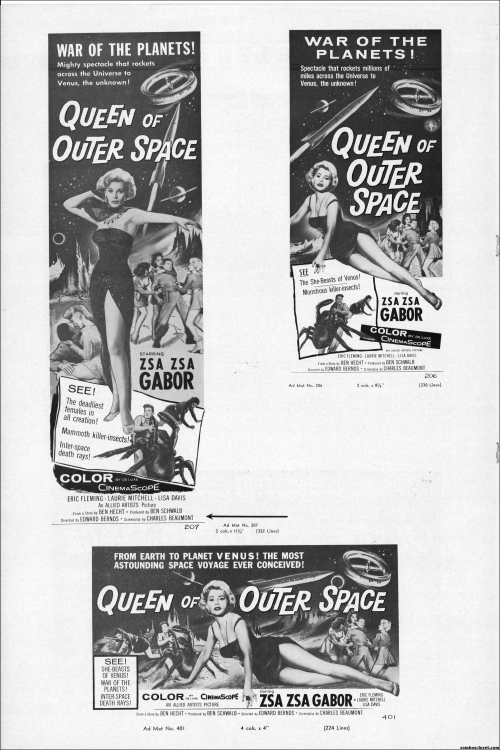 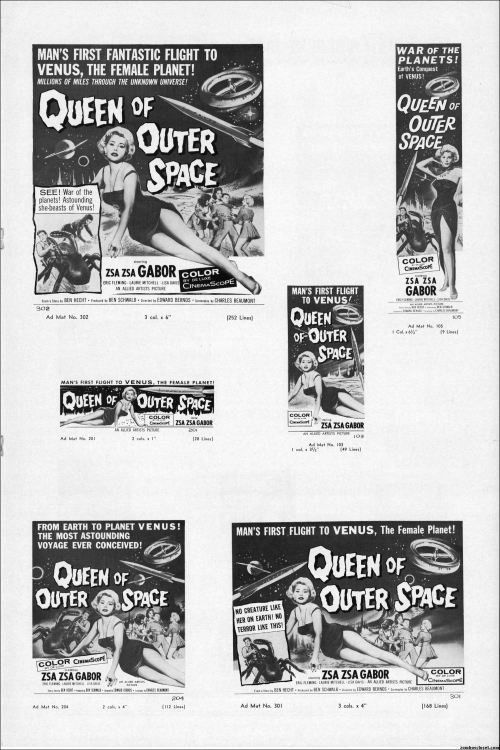 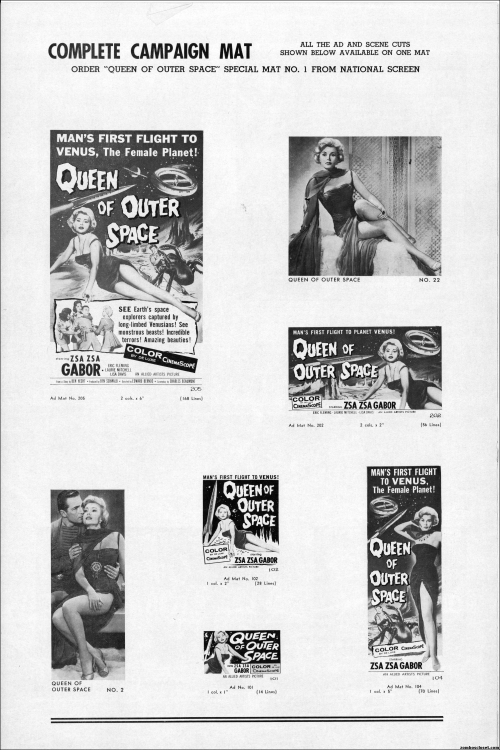 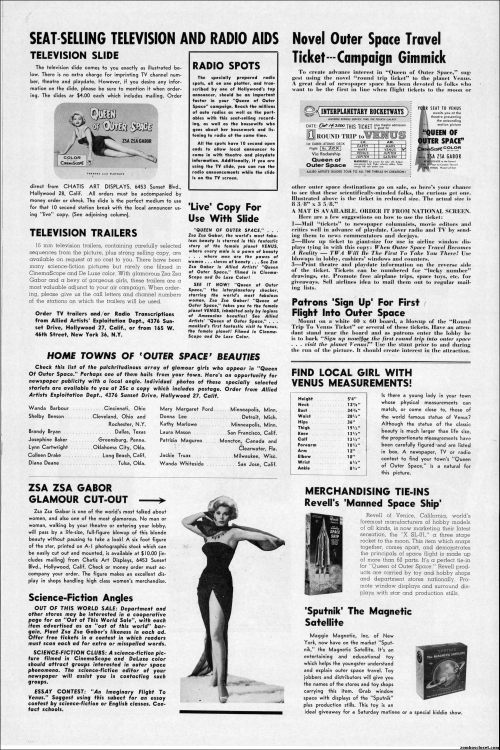 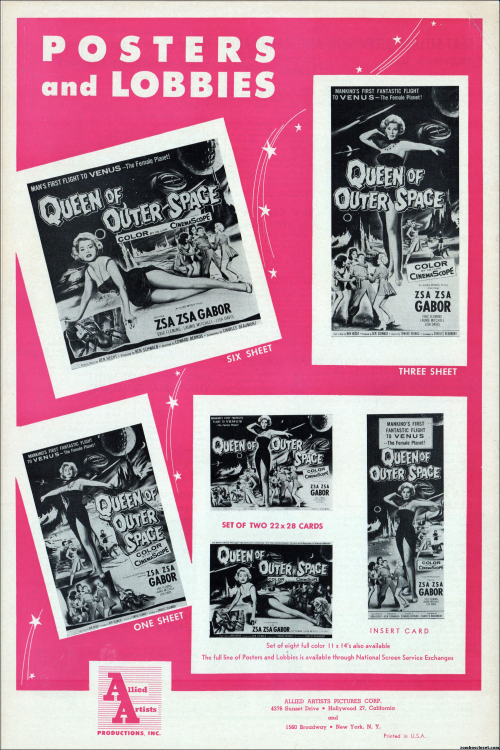