For circus buffs, here's the Cole Bros. Circus program for 1938. After moving to Long Island (New York) some years ago, I discovered Cole Bros. one hot summer day. They would put down stakes for their big top a few times before I ventured into the magic of that bygone era. I had seen Ringling Bros. and Barnum and Bailey Circus a few times at Madison Square Garden, and here on the Island at the Nassau Coliseum, but being in the big tent, up close to the caged lions (I kept running through exit scenarios in case of trouble as I watched), there's been nothing like it ever since. I know that animal treatment was a problem, but there was still something special, nostalgic, and sad about it all. When I was way to young to worry about names and social politics, my dad took me to Madison Square Garden to see Ringling Bros. for the first time. I went looking for the freak show, in high hopes of finally seeing up close what I had only seen through television shows and movies. You can't imagine how crestfallen I was when I found out there was none. To me, the freaks, the sideshow acts, they were the real performers of the circus. Of note to Western movie fans, cowboy star Ken Maynard toured with the Circus and has a write-up. 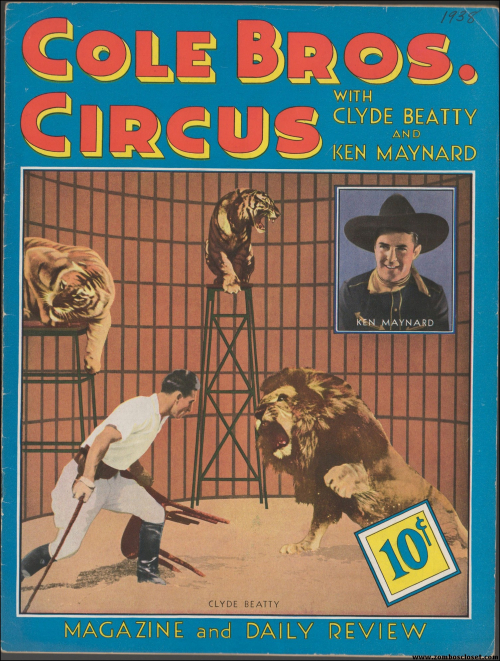 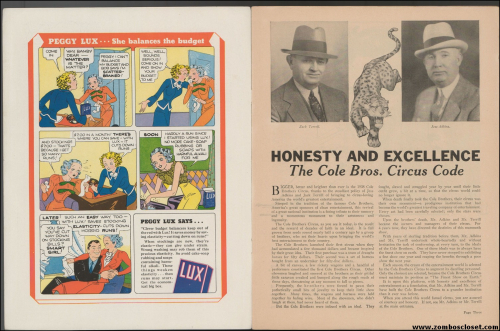 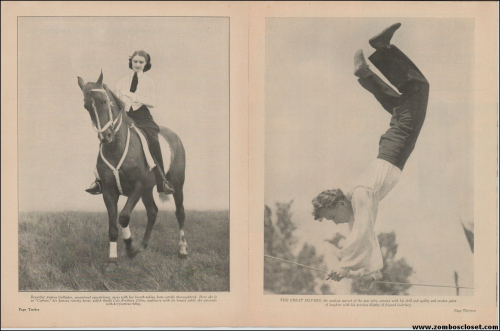 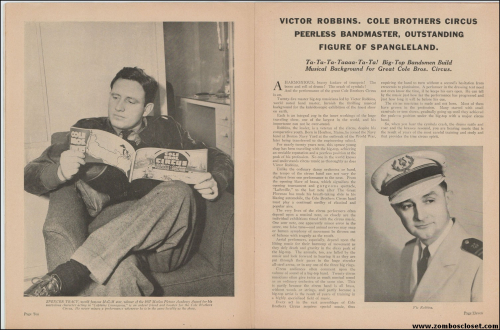 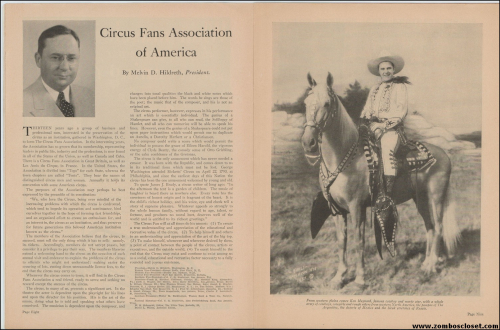 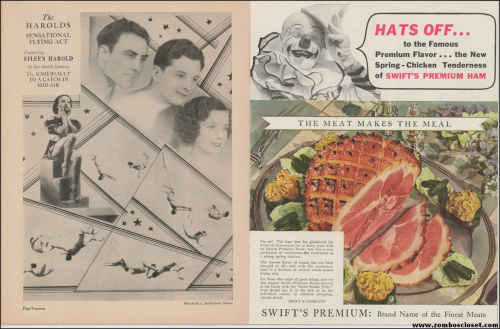 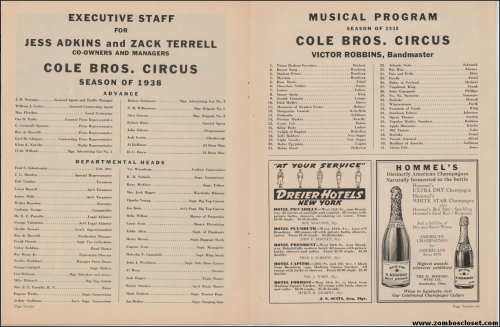 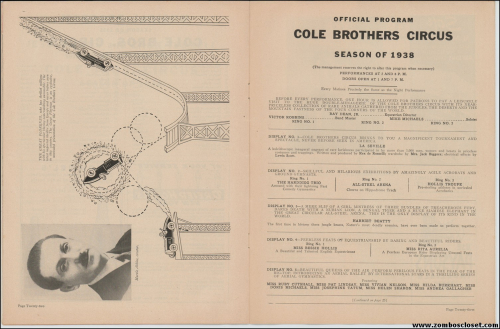 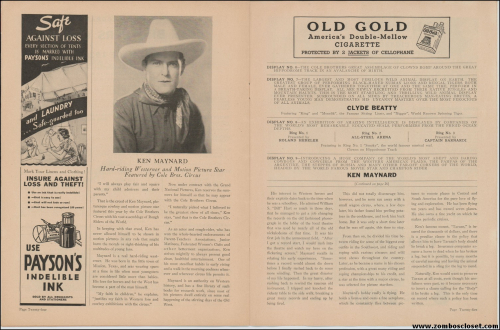 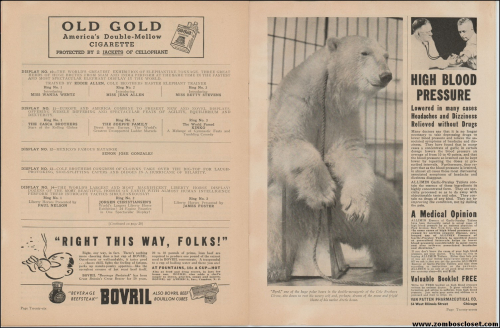