Abbott and Costello
Jack and the Beanstalk (1952) Pressbook

One of the best parts about my growing up was watching Abbott and Costello movies every Sunday on WPIX Channel 11 in New York City. That was back in the 1970s. I miss the 70s. It was a wonderful time for pop culture fans, with conventions and the rediscovery of movie serials, meeting with comic greats, and participating in a growing fandom. You could say it was our low-tech methods for streaming and social media. Interesting items in this pressbook include the tie-ins to poultry and the glamazon hunt. While I didn't realize it at the time, women in many movies back then seemed to only be there for eye-candy. Pressbooks would hype their fashions, their makeup, and their bodies, but not much else regarding their talent or character development in the story (though with exceptions, of course). Film noirs deviated somewhat from that mold when it came to storyline characters, but just about everything else was guy-focused with a helping of woman in distress, woman in need (of a man, usually), woman clinging on a guy's arm, woman fainting, tripping, screaming, or arguing, woman watching guy(s) get beat up, woman being manhandled, woman doing the manhandling, and bunch of woman doing any of the previous stuff. Fee fie fo fun, indeed.

You don't need to climb a beanstalk to find more pressbooks From Zombos' Closet. 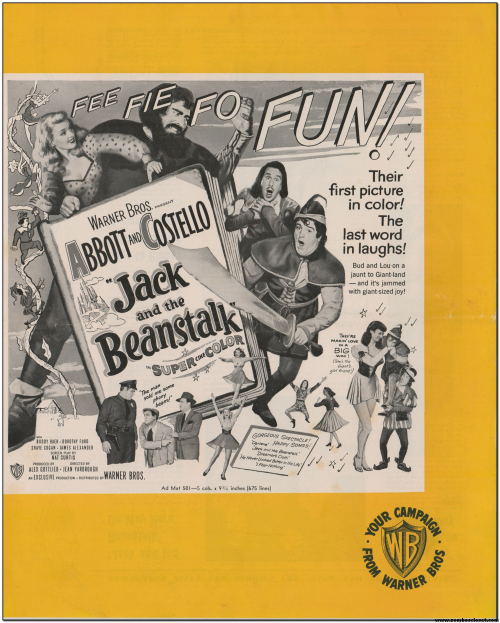 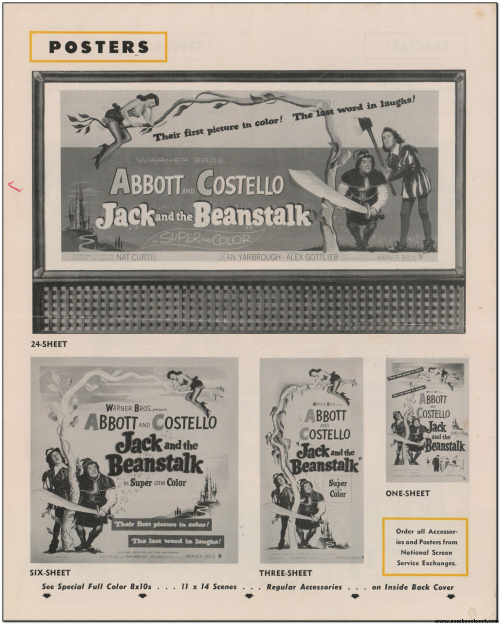 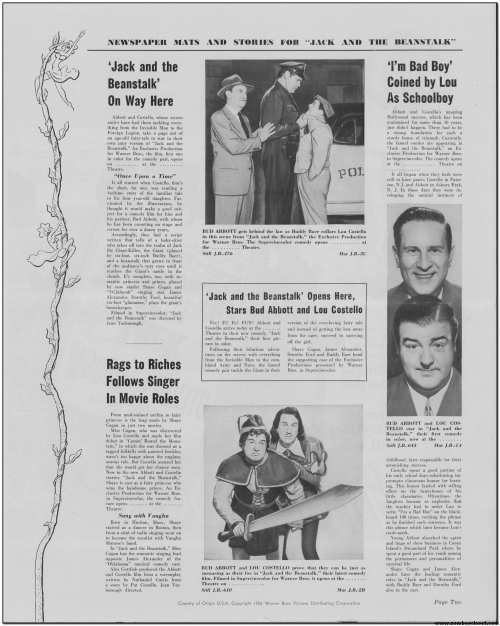 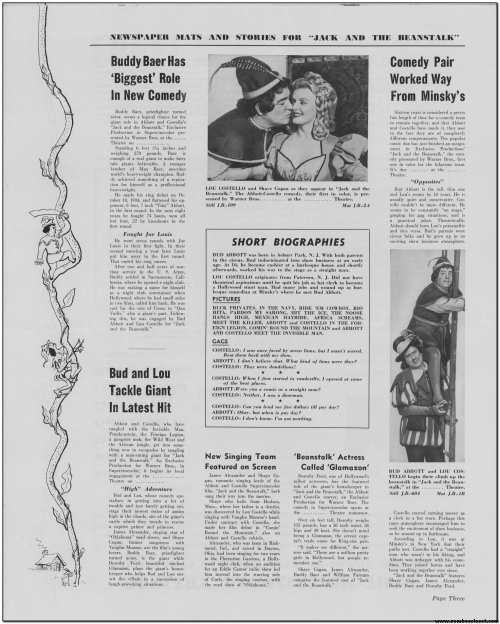 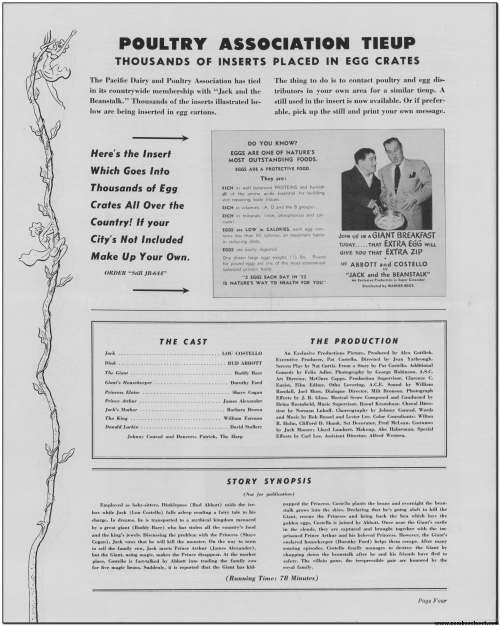 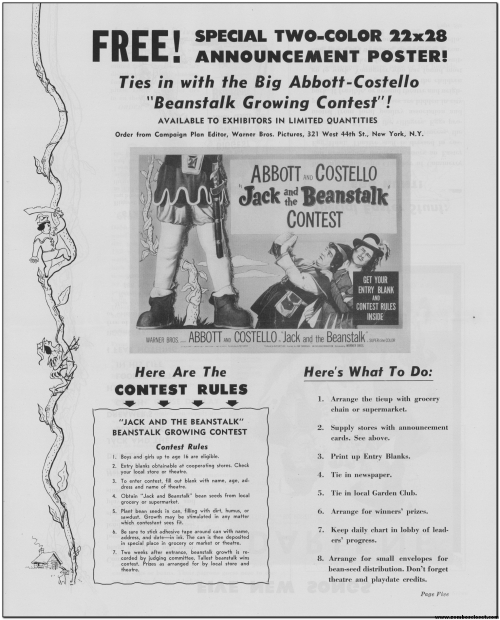 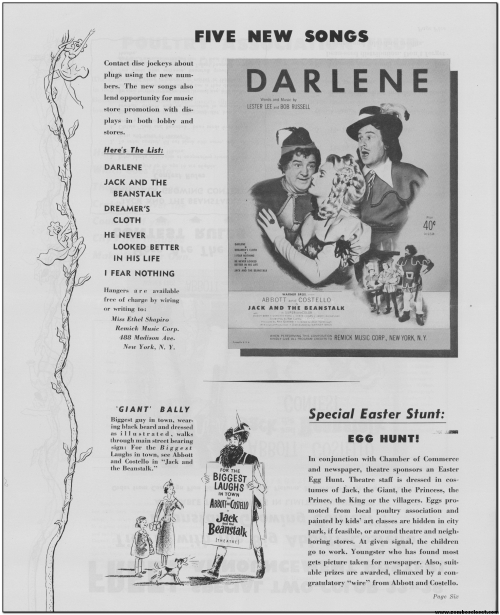 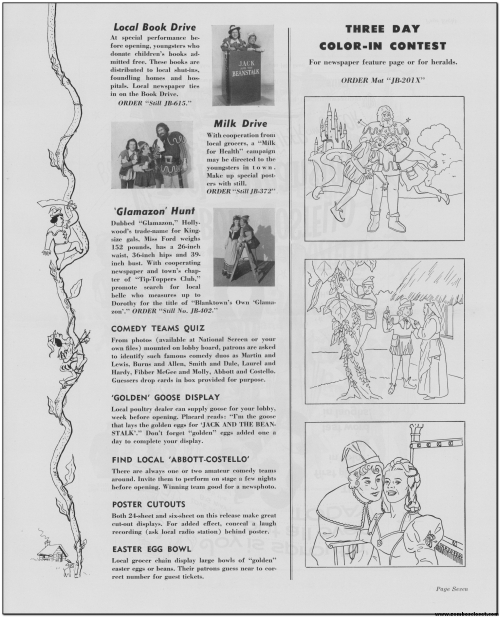 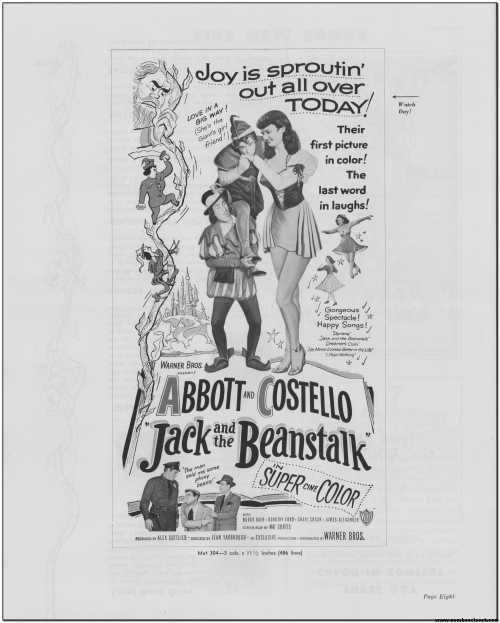 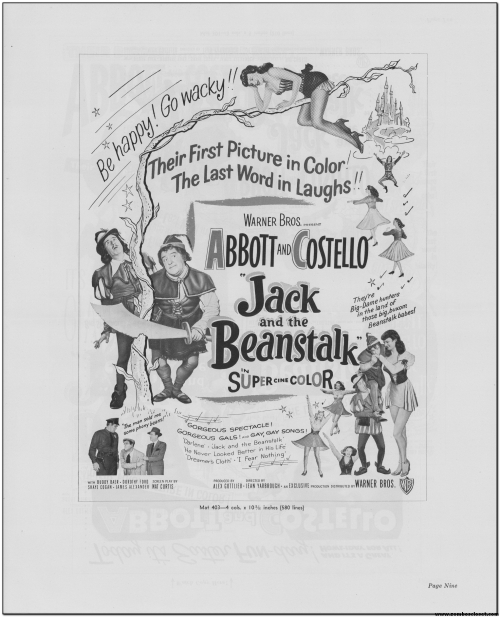 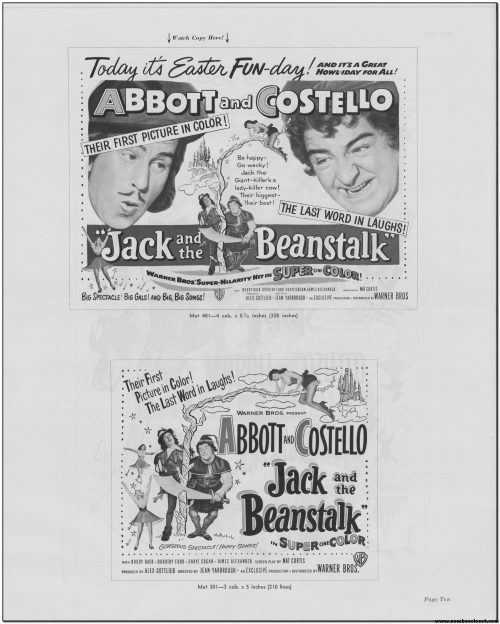 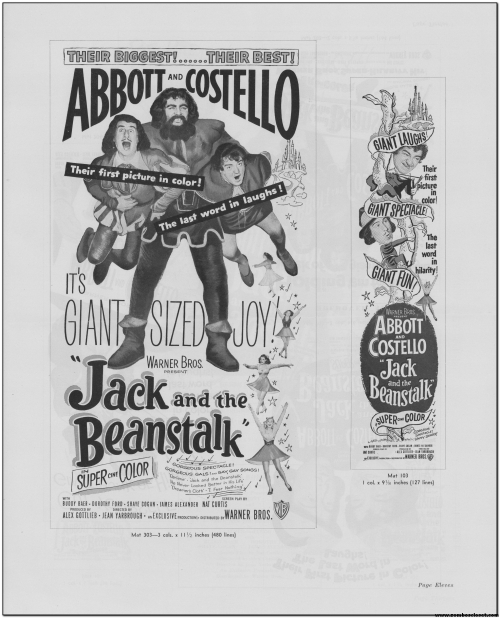 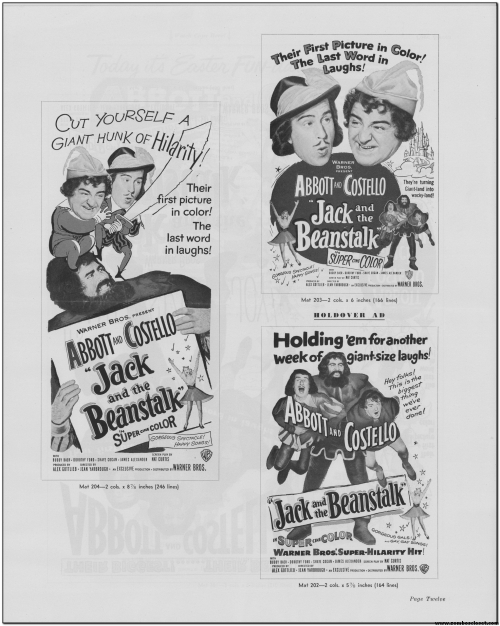 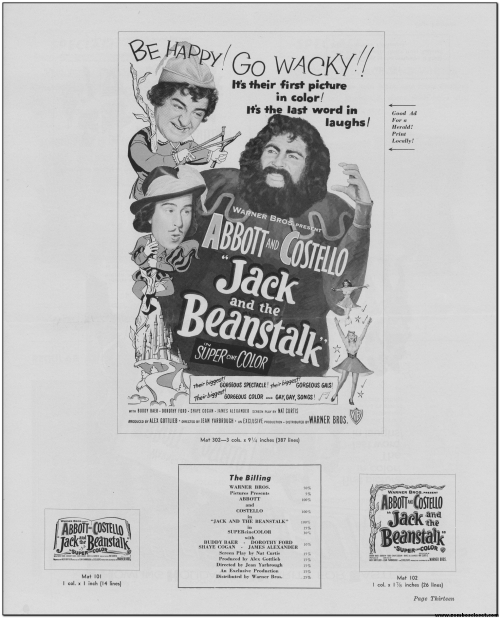 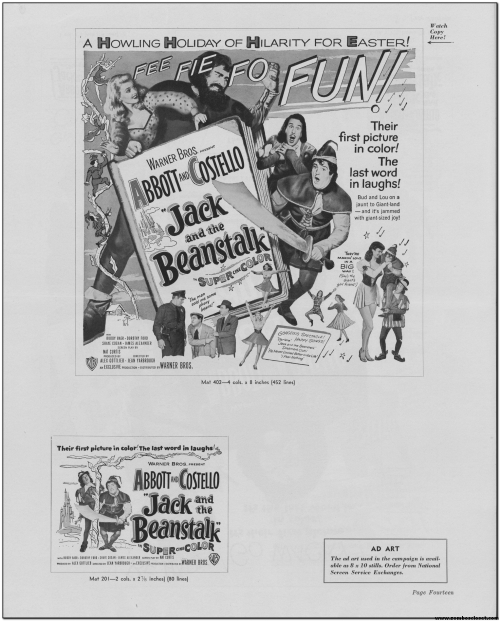 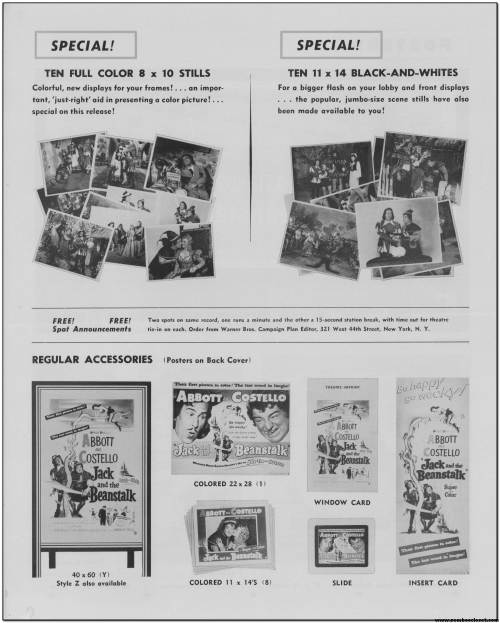