There are horror films and then there are horrors films. Taxi Driver is a horrors film. The horrors of a Travis Bickle, a walking wounded lifer, looking for meaning in all the meaningless places. Is he pushed or does he push himself to become a knight in shining armor, to channel his frustration against helplessness? Vigilantism was a cinematic peg hole for 1970s New York City. Between the crime, grime, and gaffiti, knights are hard to come by but often hoped for. Here's the 20-page pressbook for the movie, with many pages devoted to newspaper poster ads. By the 1970s, most pressbooks focused on the newspapers to sell the movie with poster ads; when people actually read newspapers. 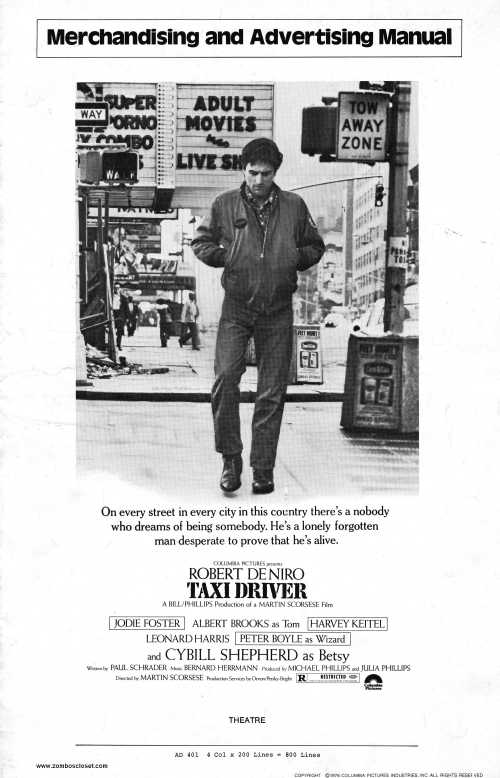 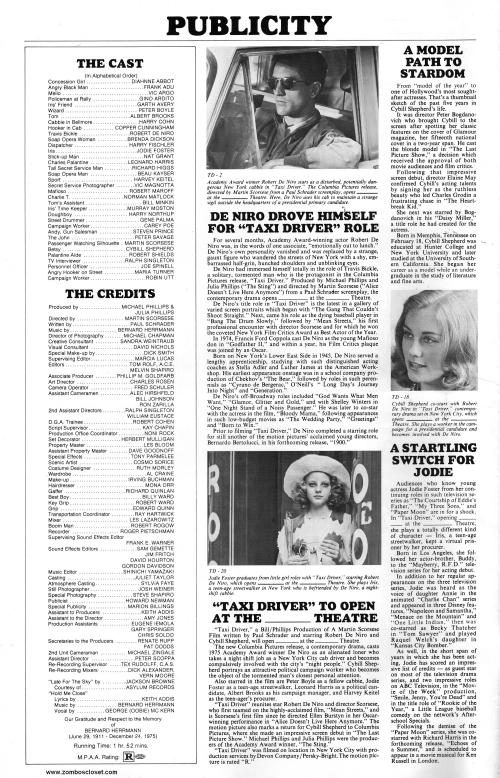 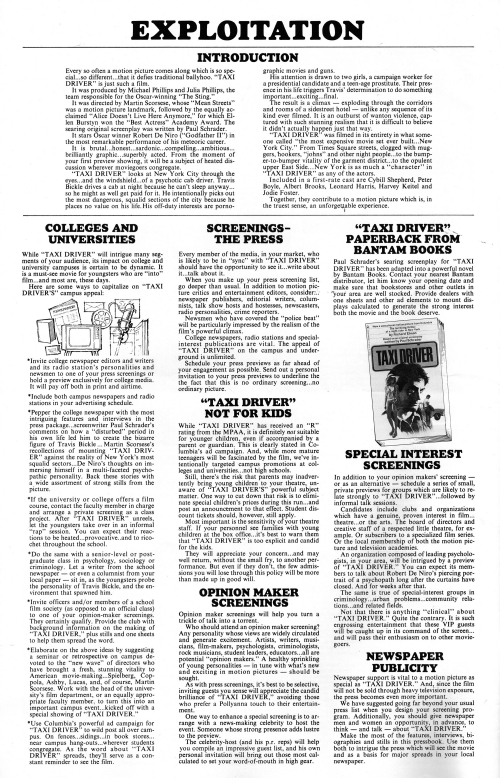 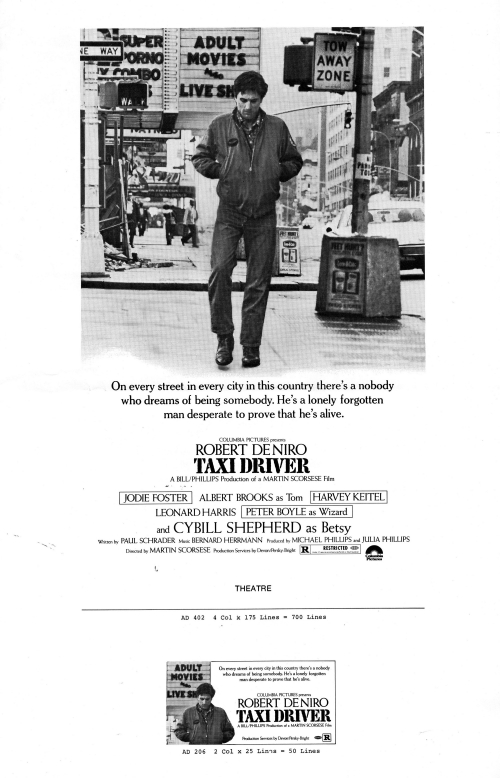 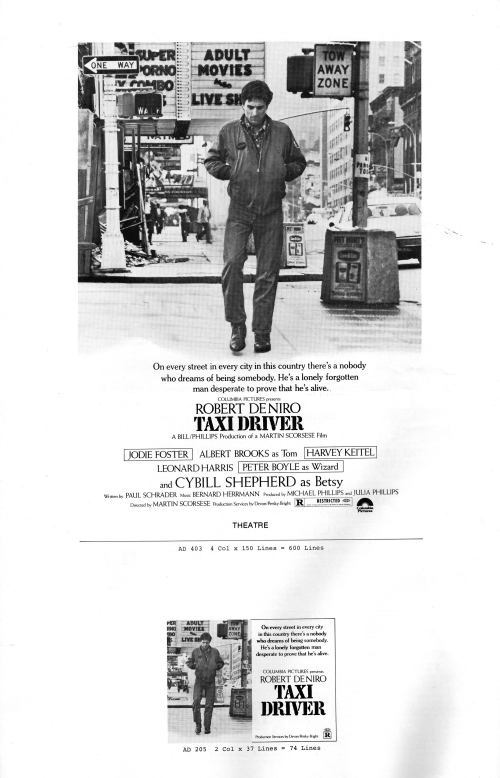 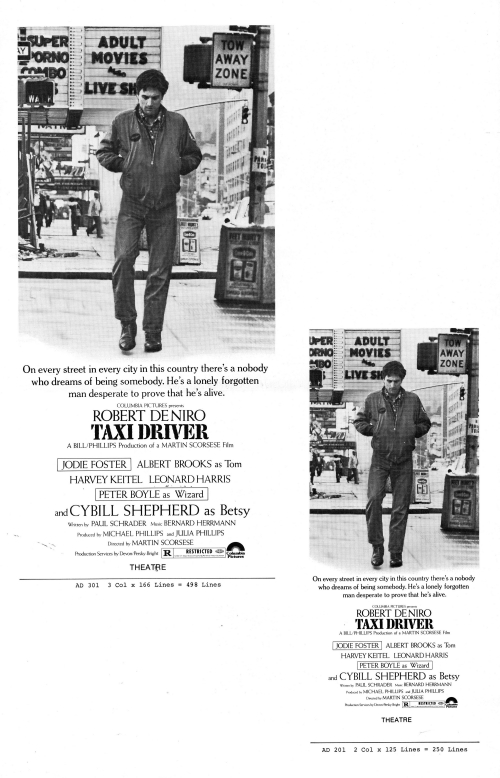 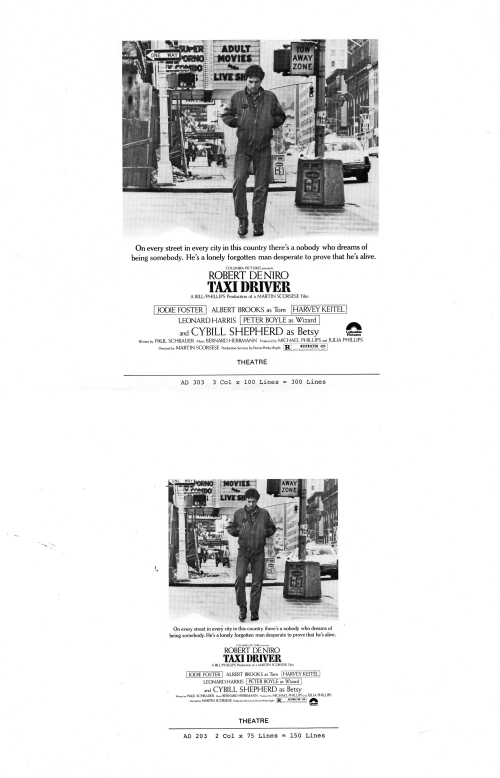 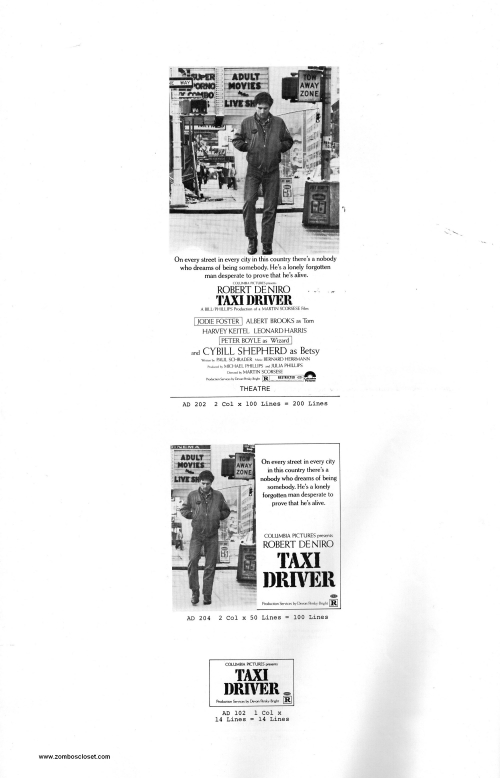 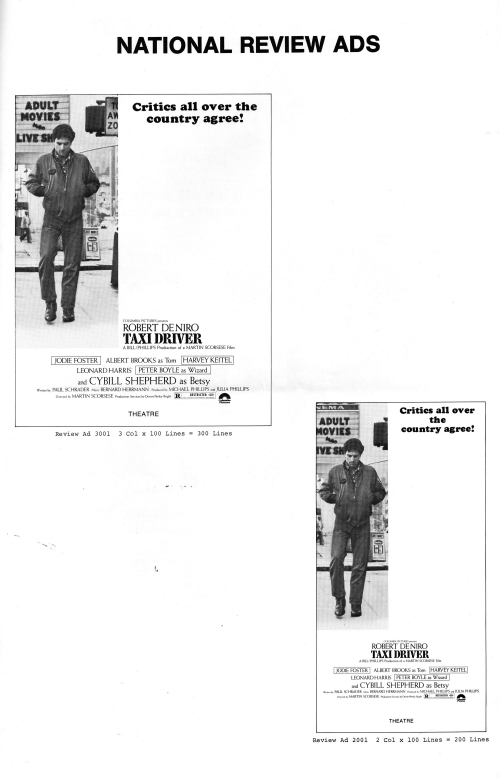 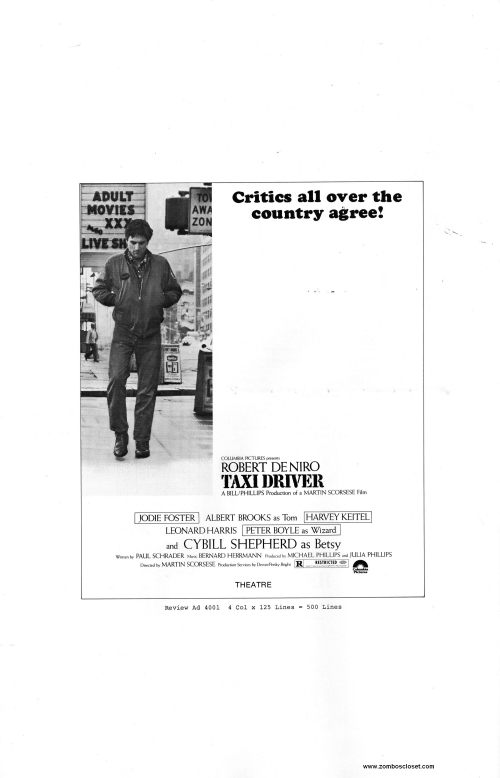 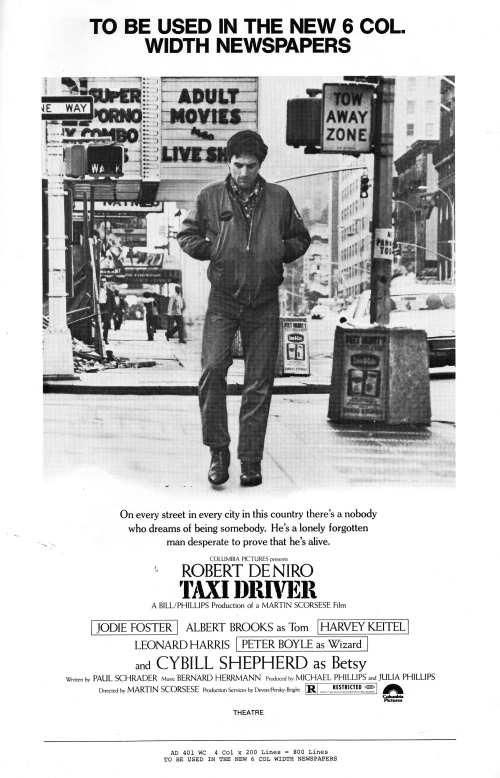 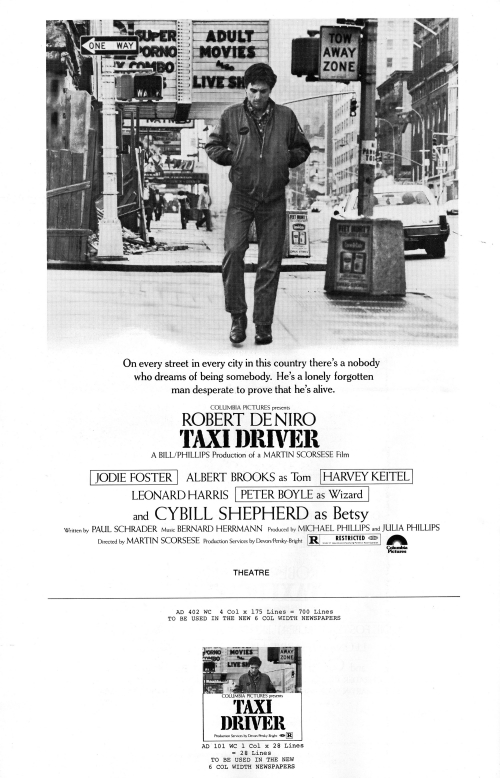 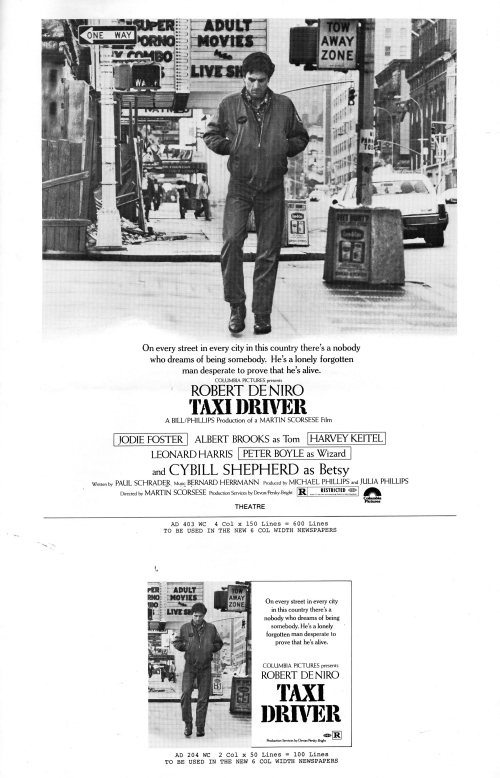 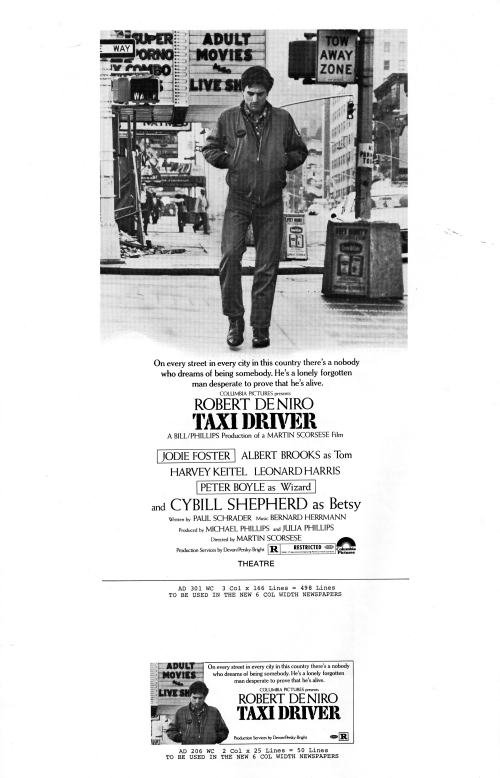 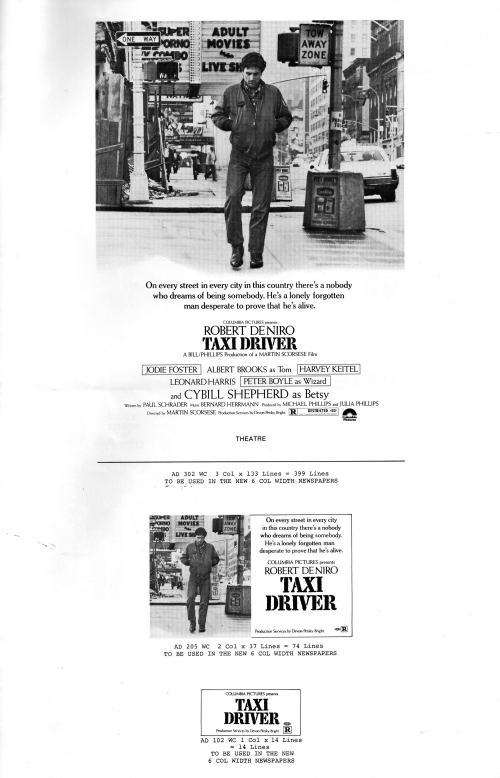 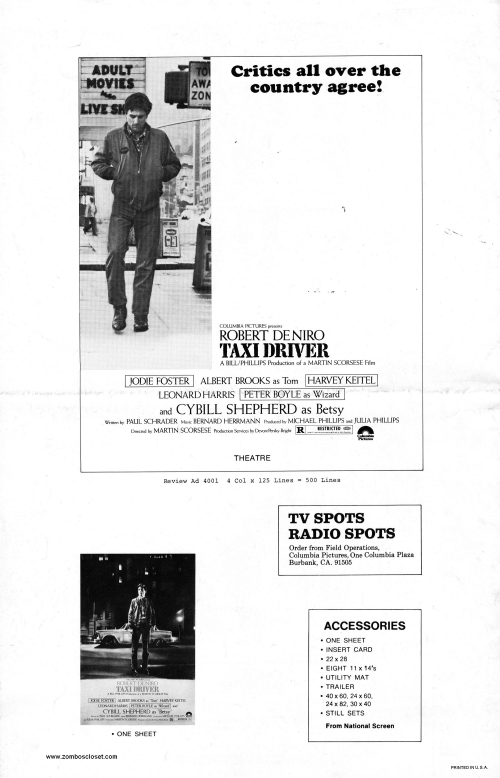