With a completely electronic soundtrack and Robby the Robot, nicely centered around a creepy ID monster, Forbidden Planet is a great movie. One can only wonder at how theater marquees and lobbies, that employed the promotional items shown in this 20-page pressbook (like the standee and the fluorescent valance), must have looked to genre fans when the movie aired on the big screen. Oh, and there was Anne Francis to oggle at too, which the crew of the C-57D starship easily do for a good portion of the movie, in the usual 1950s cinematic mating process. A pulp fantasy come true, to be sure. Robby's designer, Robert Kinoshita, also created another favorite: B-9 in Lost in Space. Unfortunately, someone actually used the pressbook as intended and cut out an ad mat or two. Luckily, it didn't affect the readability much. 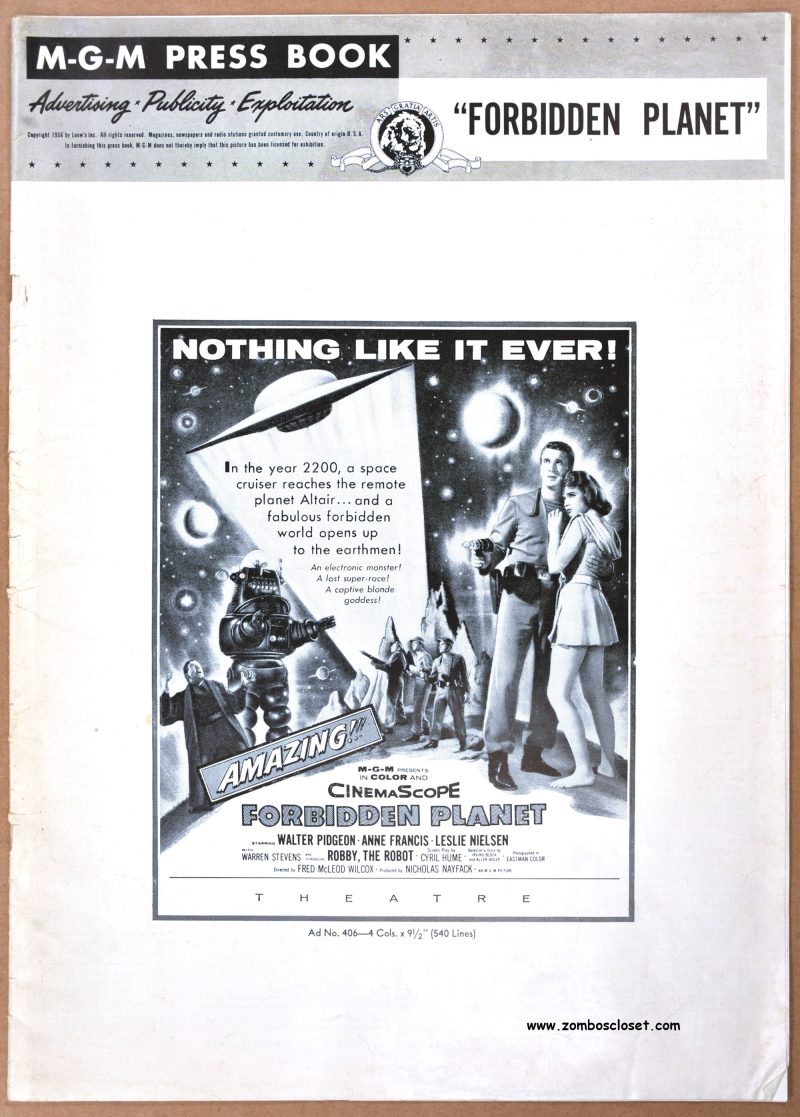 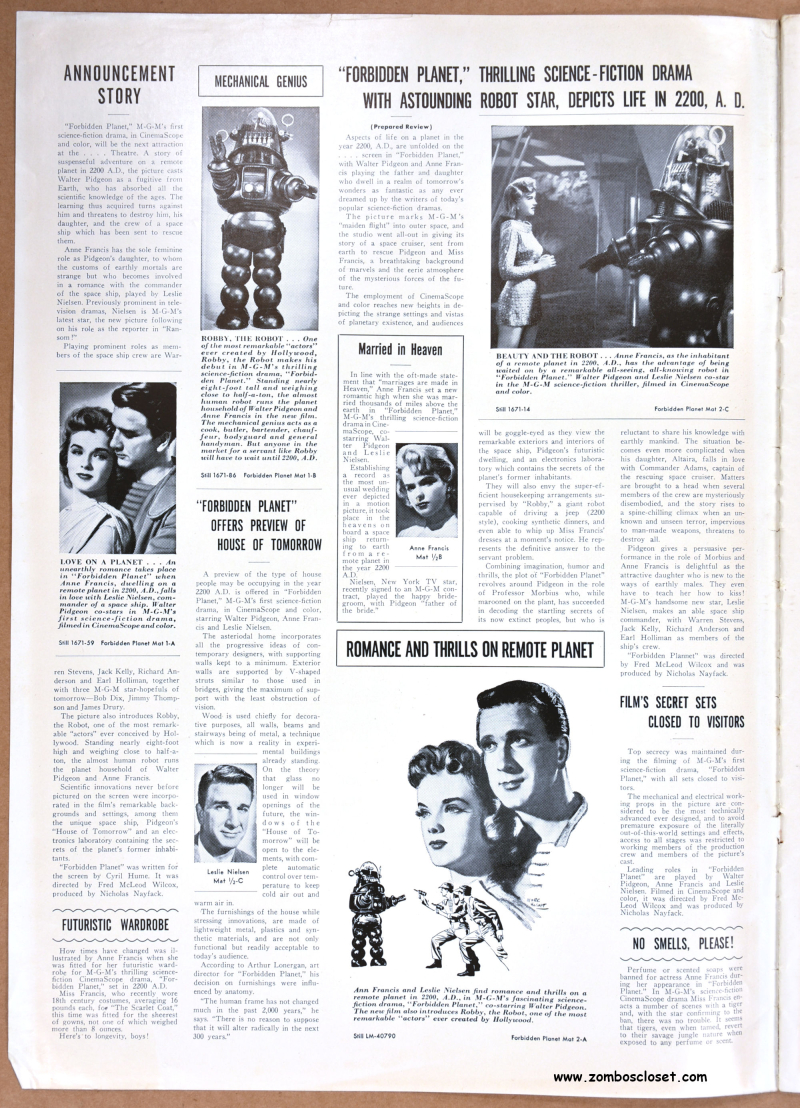 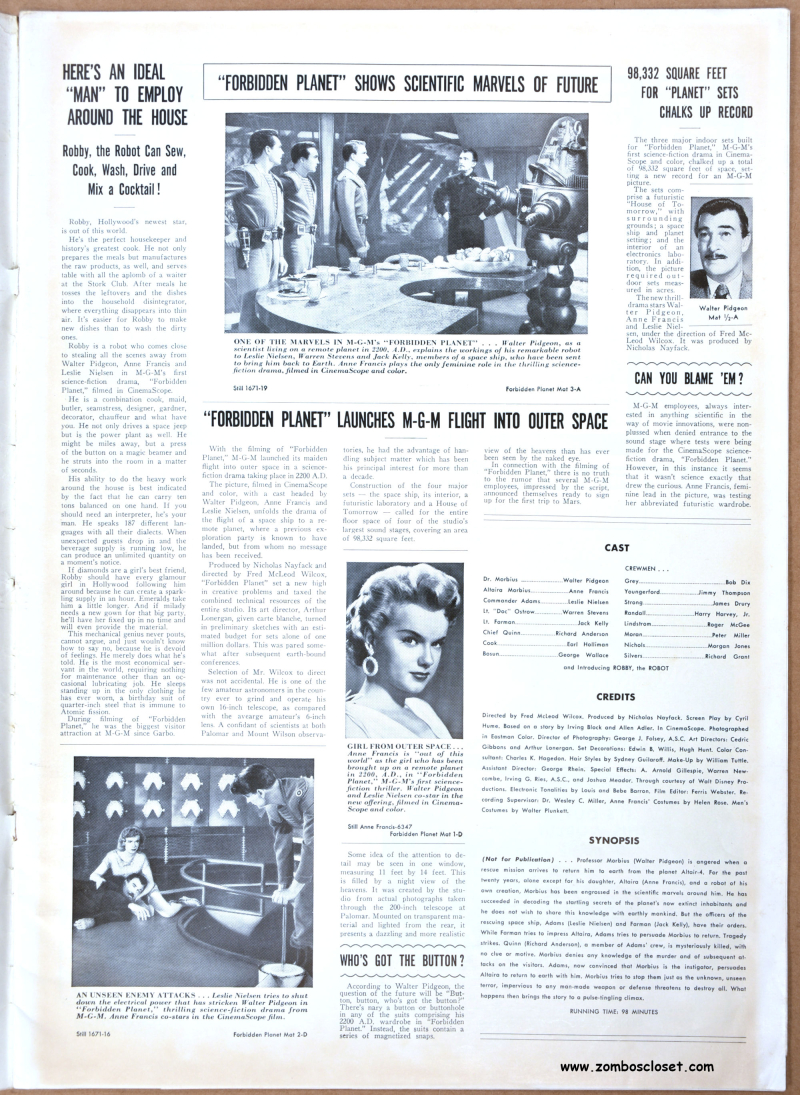 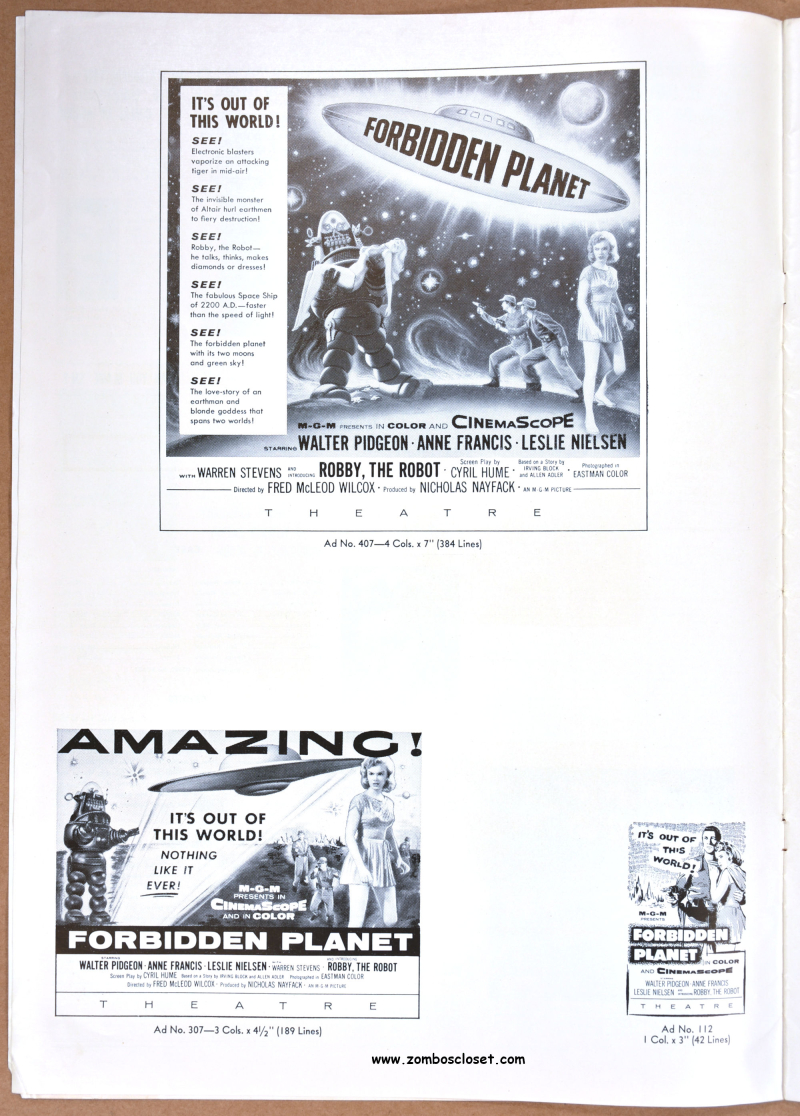 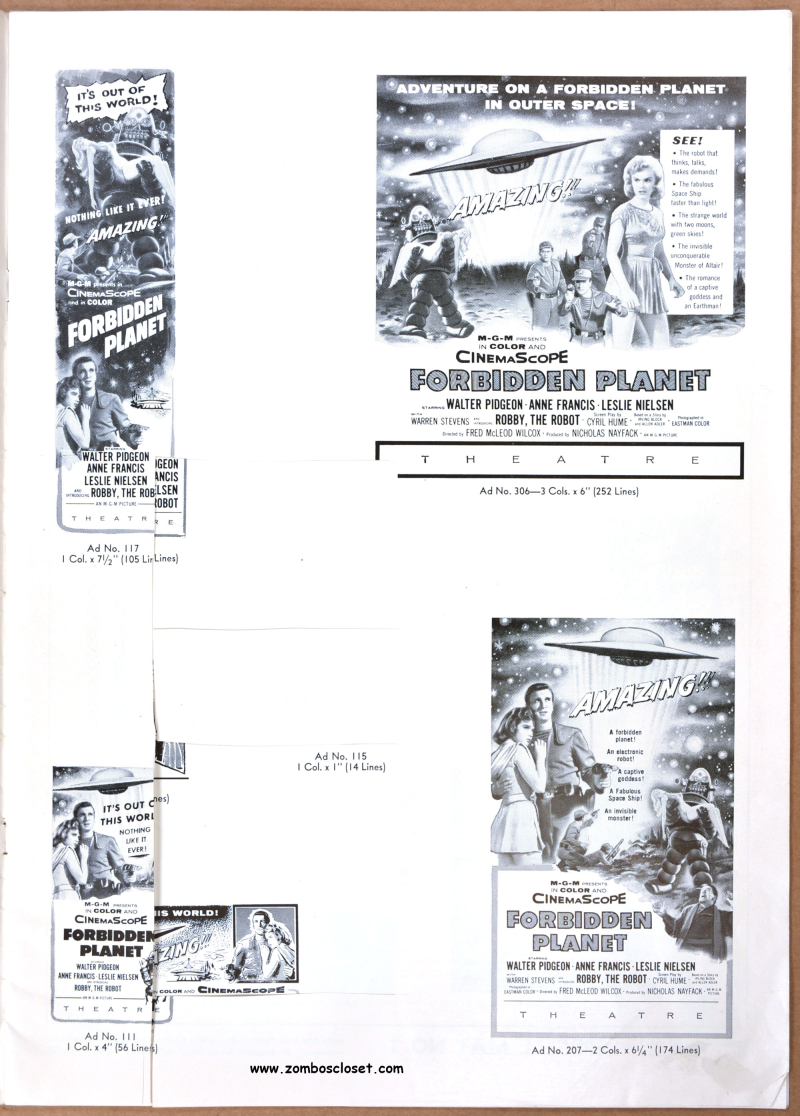 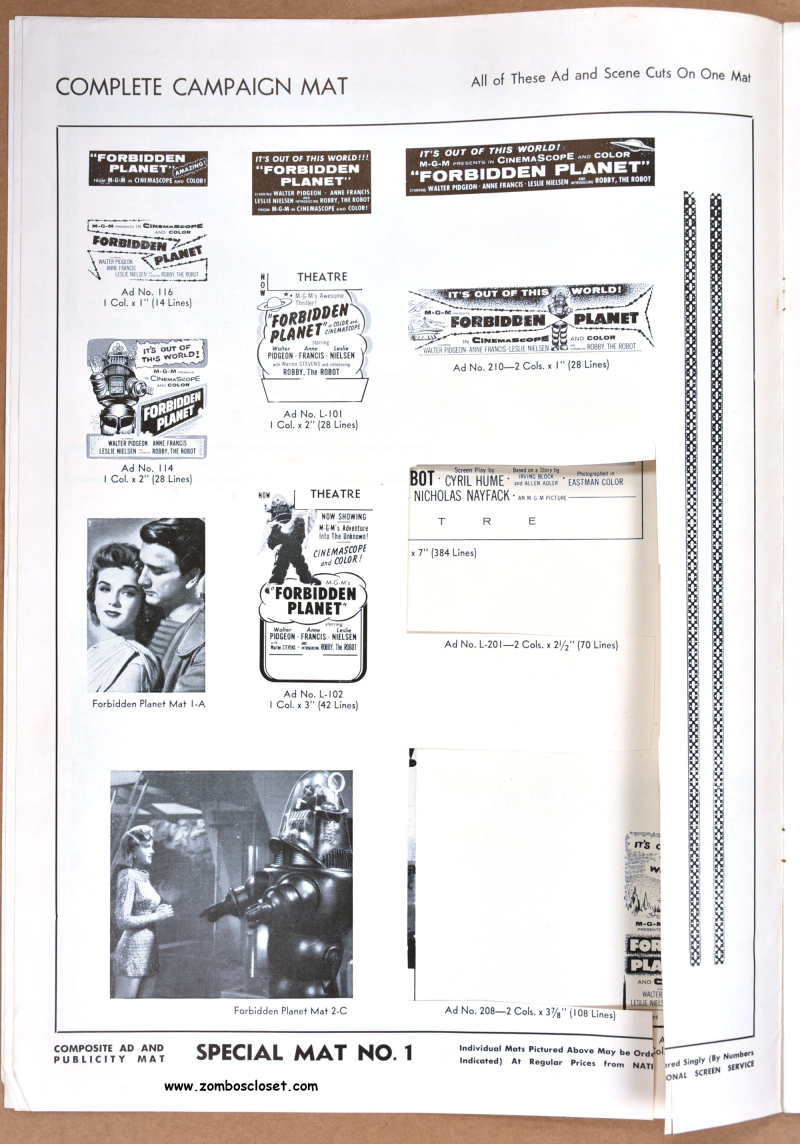 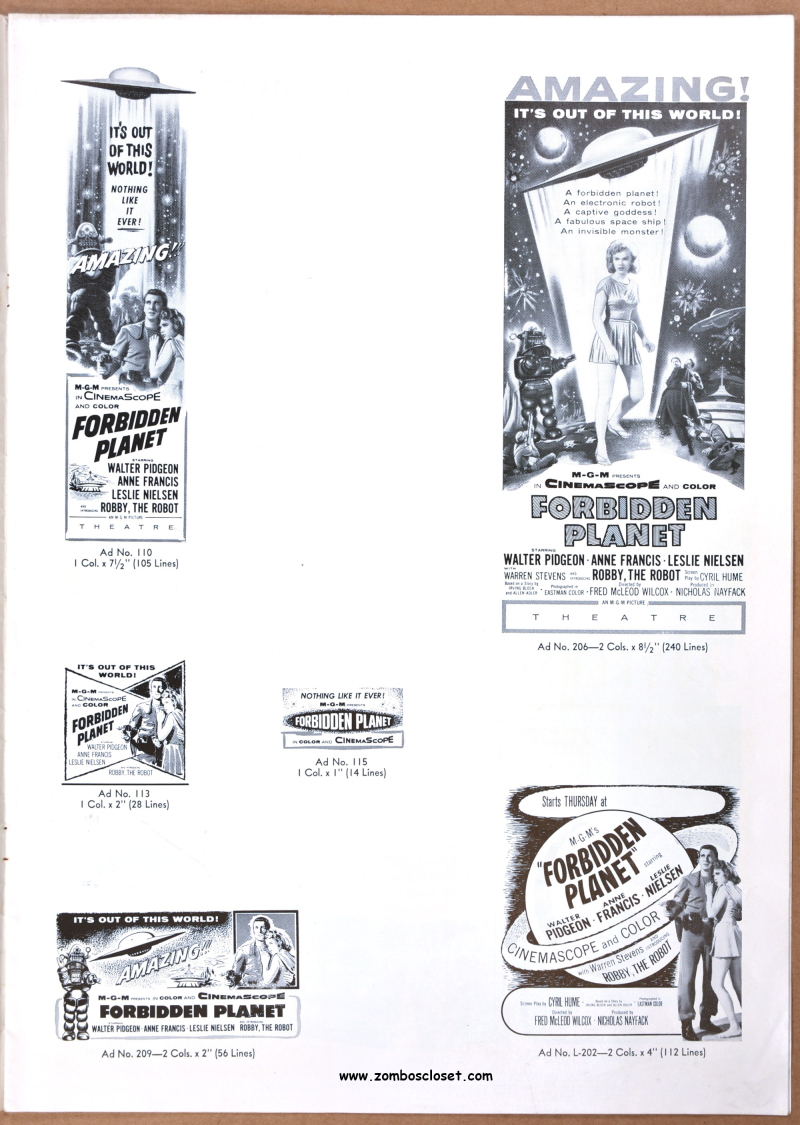 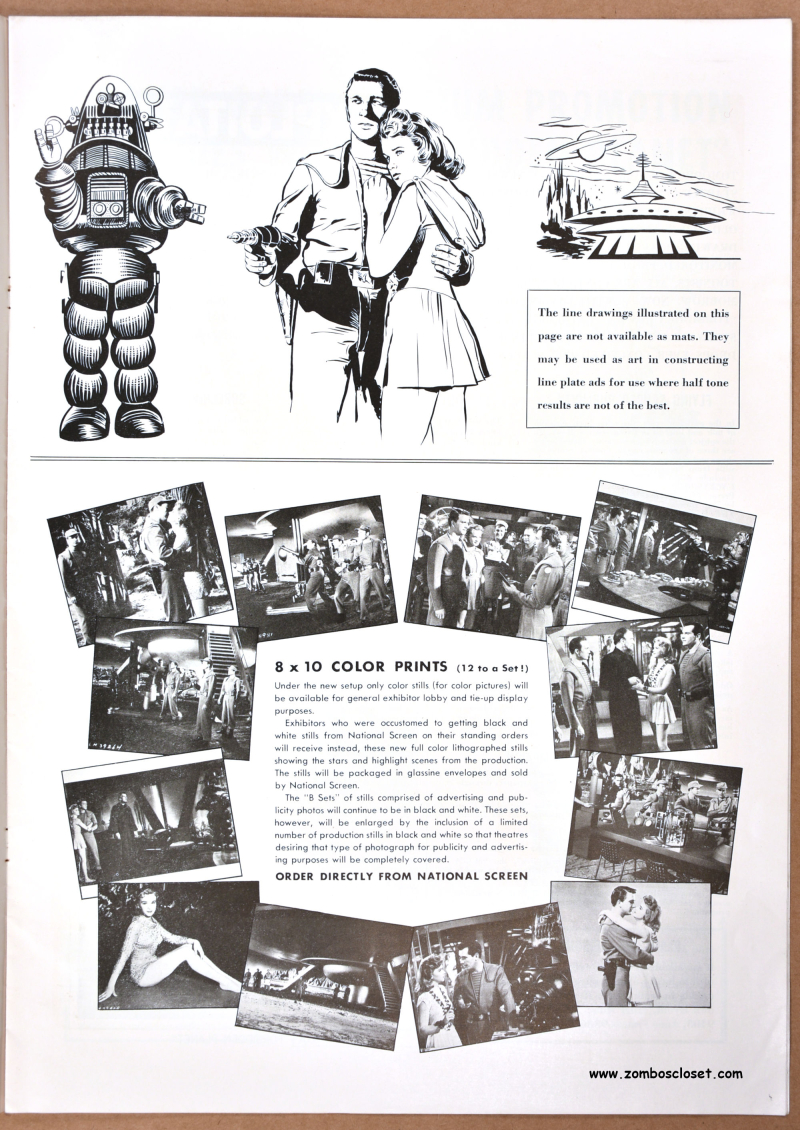 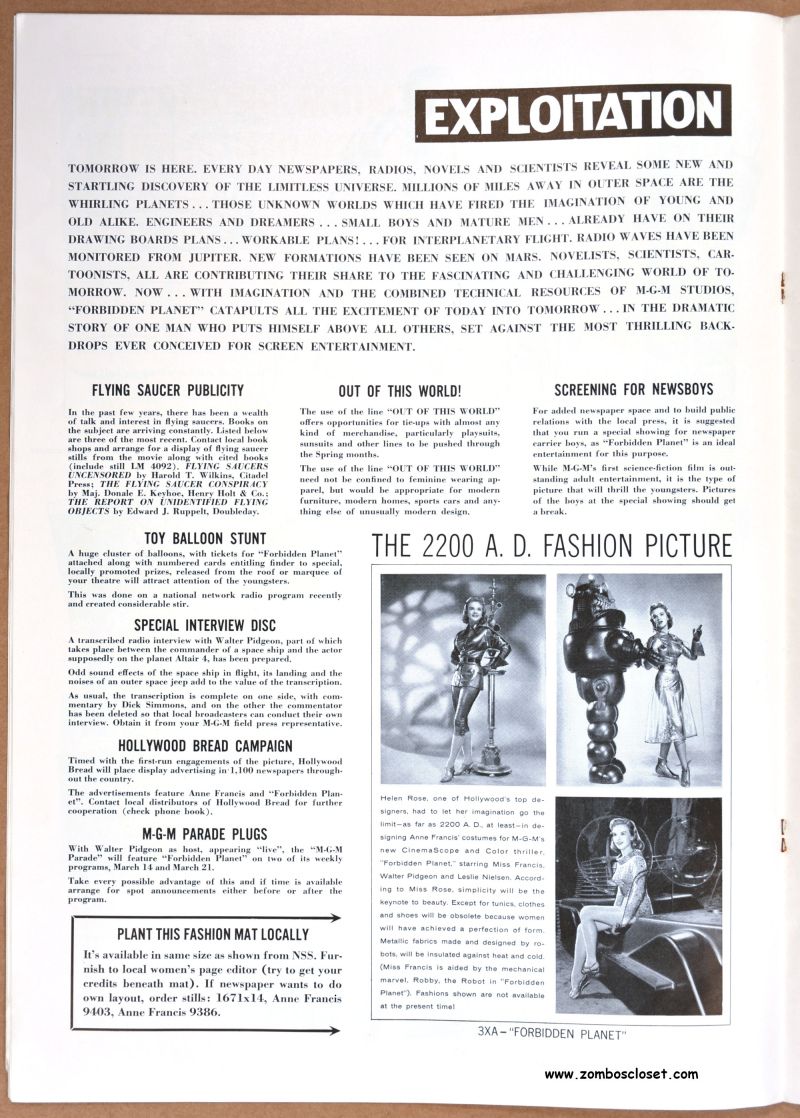 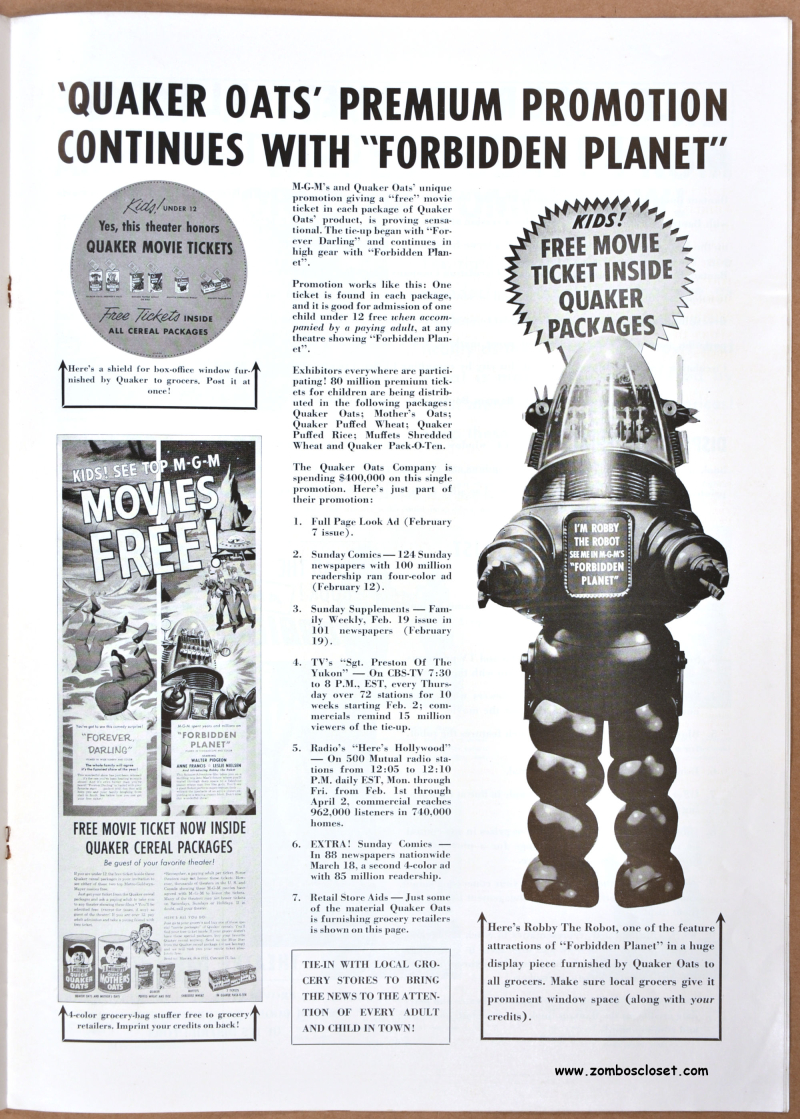 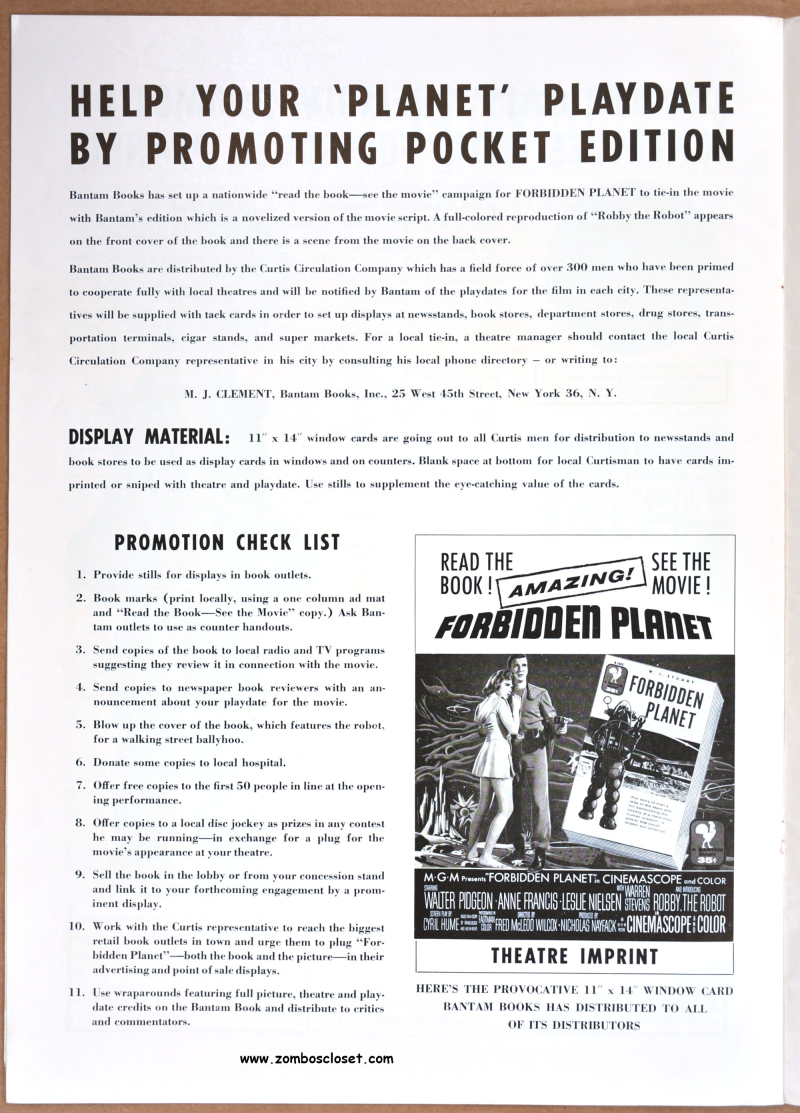 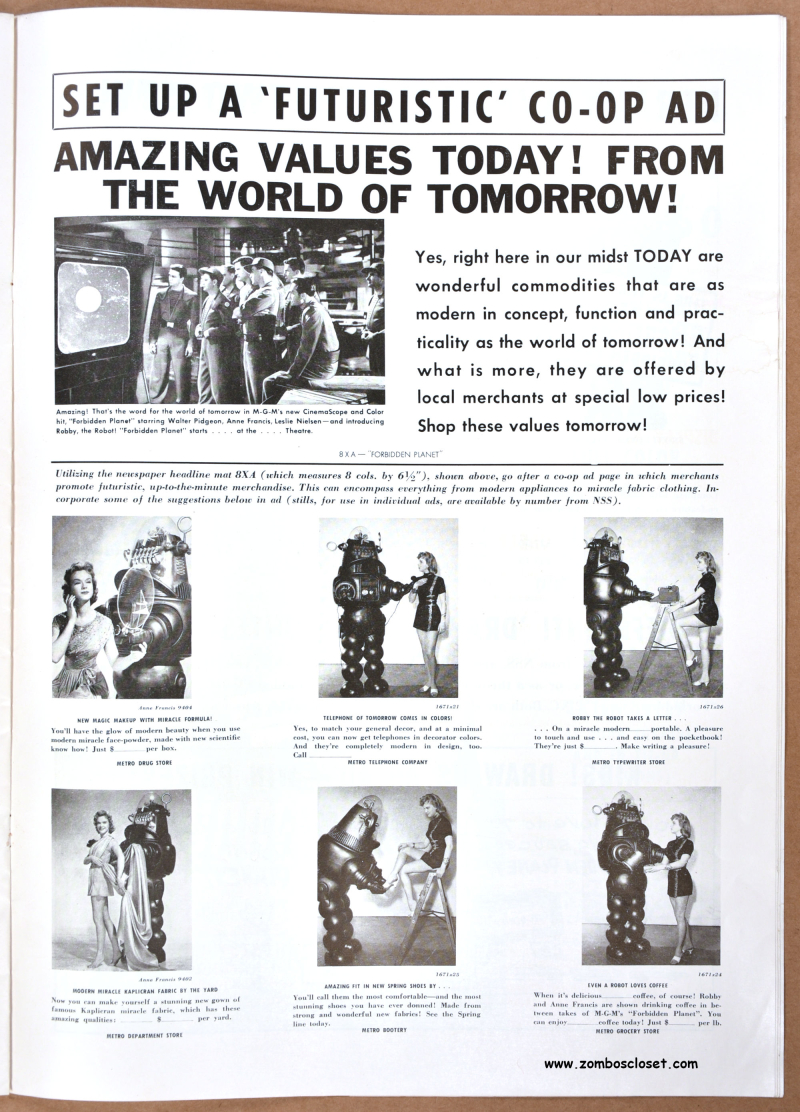 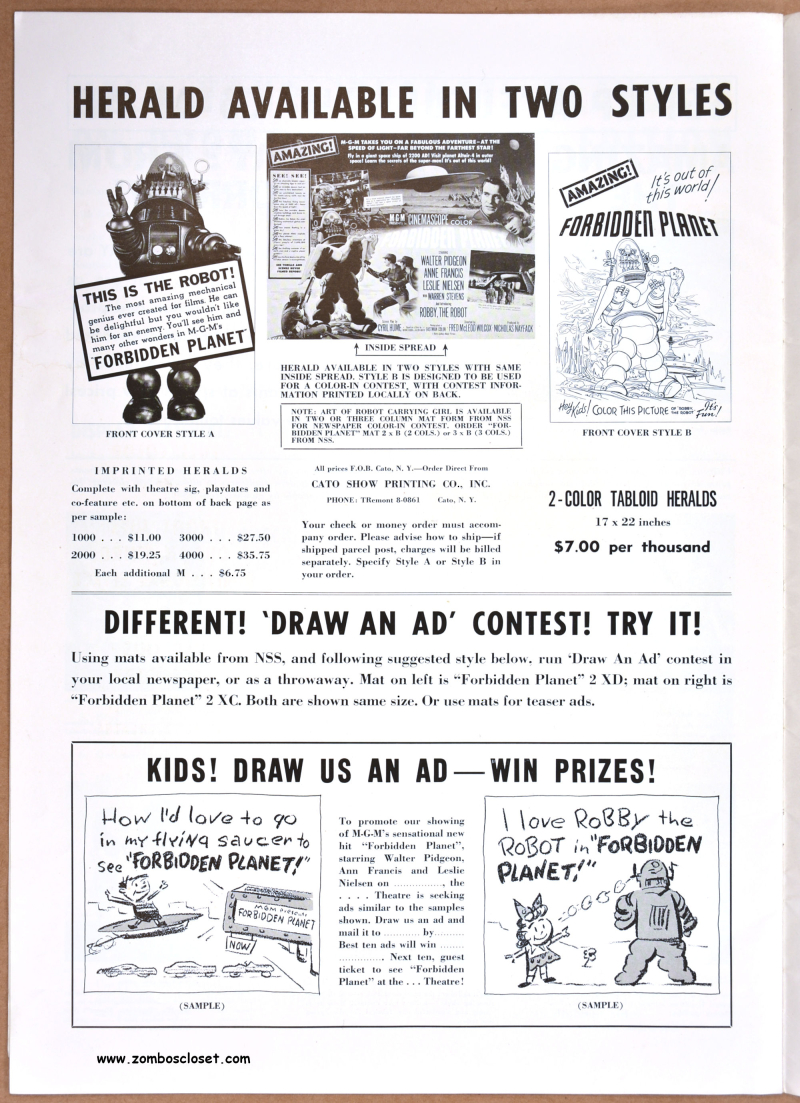 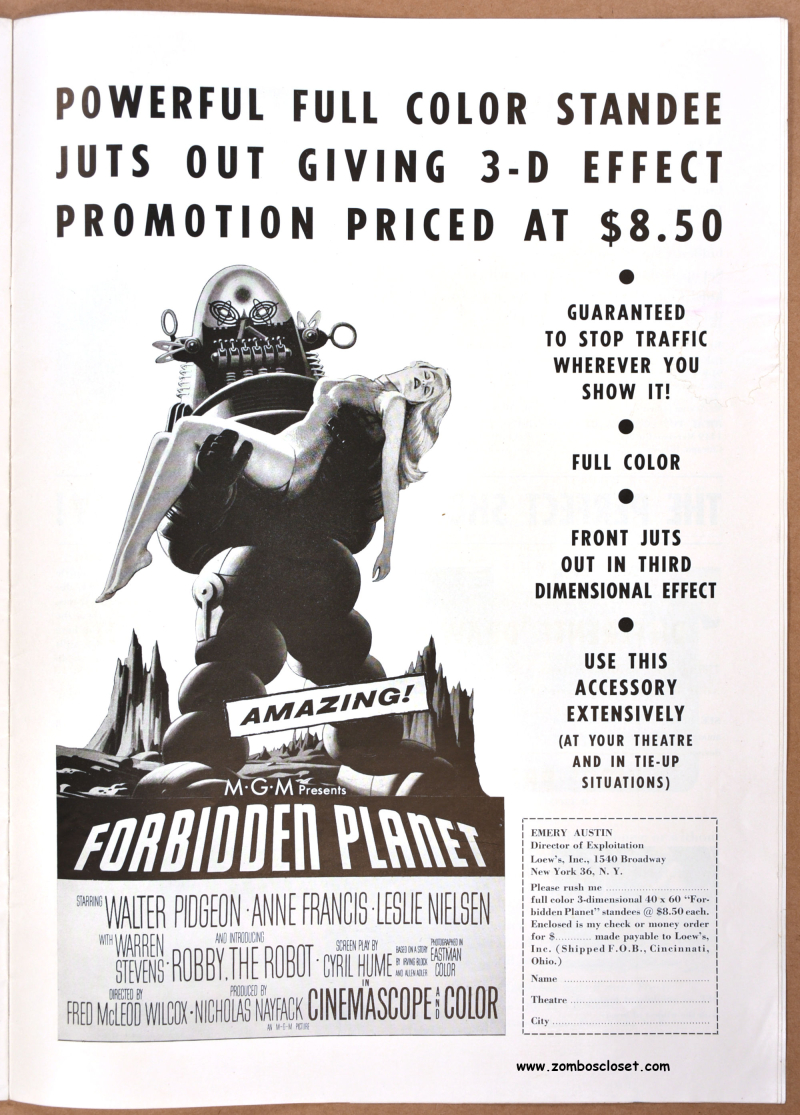 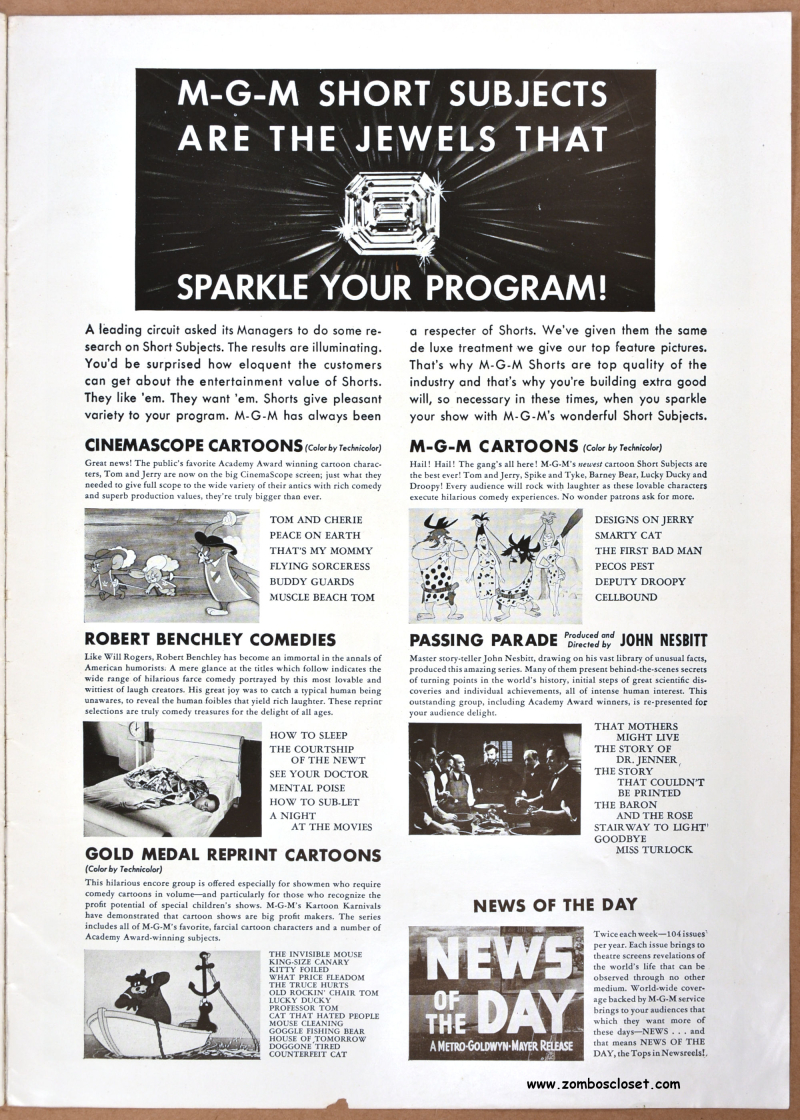 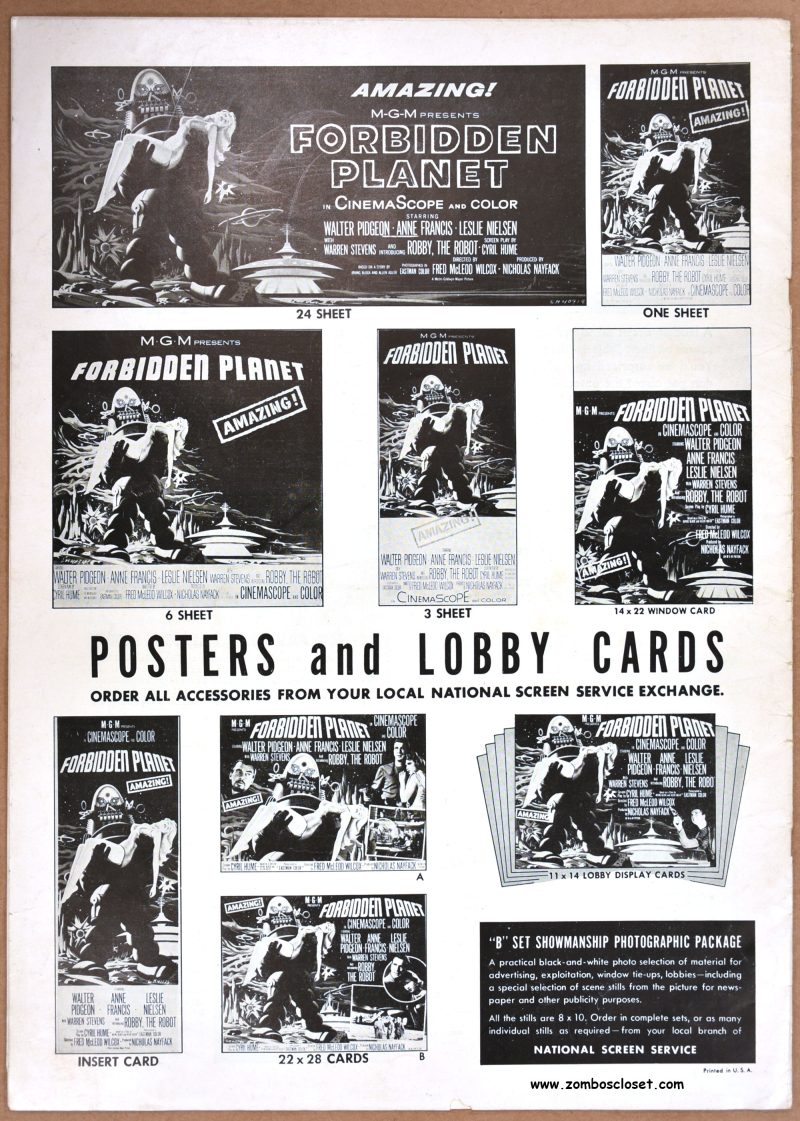