First, I'd like to confirm that I want the Capt. Video wallet and hosiery. The two-way radio and basque shirt with day-glow are also high on my list. Of particular note in the series is the Mu-ray camera, which allowed viewing of imagery of past events. This ability, in scientific or magical variations, appears in later genre movies and television series. A highly successful serial for Columbia, it is the only one built around a television series. The Honeymooners TV or Not TV episode (my favorite one) has Norton and Ralph pooling their money to buy a television set. Much mayhem ensues as both try to share it but disagree on what to watch, with Captain Video being a major sticking point as Norton, wearing a space helmet, puts up a fight. To infinity and beyond! Here's the rare Captain Video pressbook for your galactic pleasure. 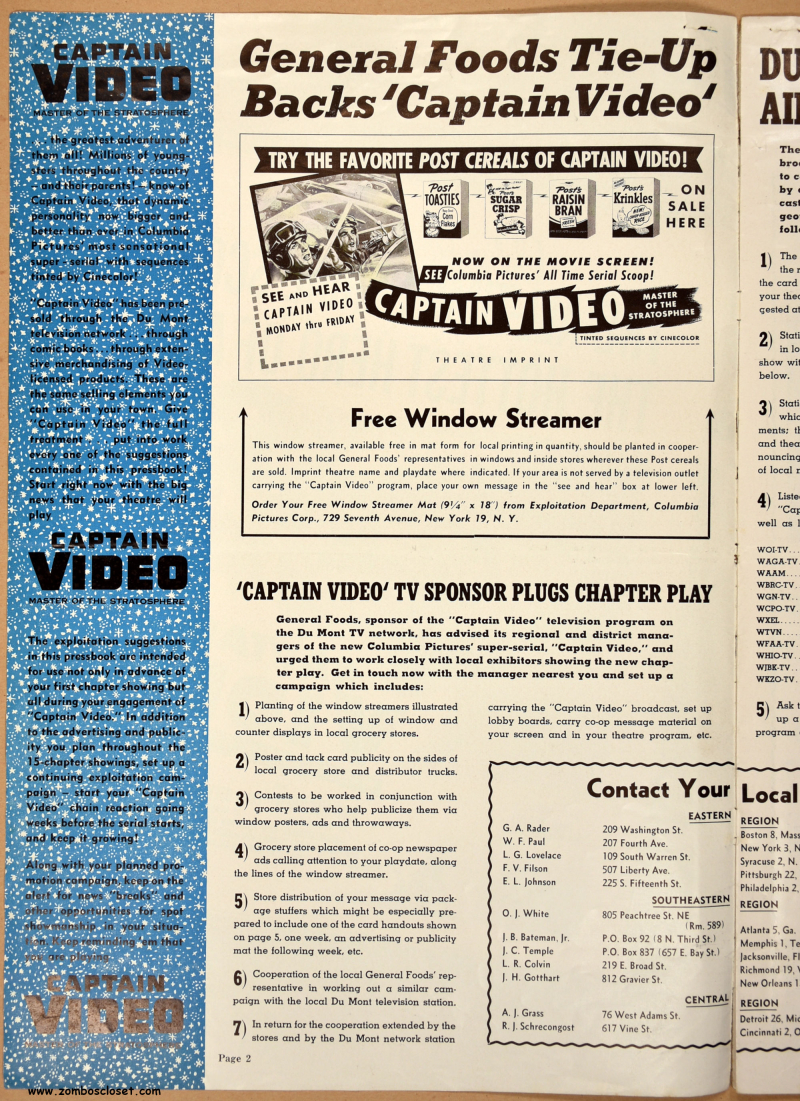 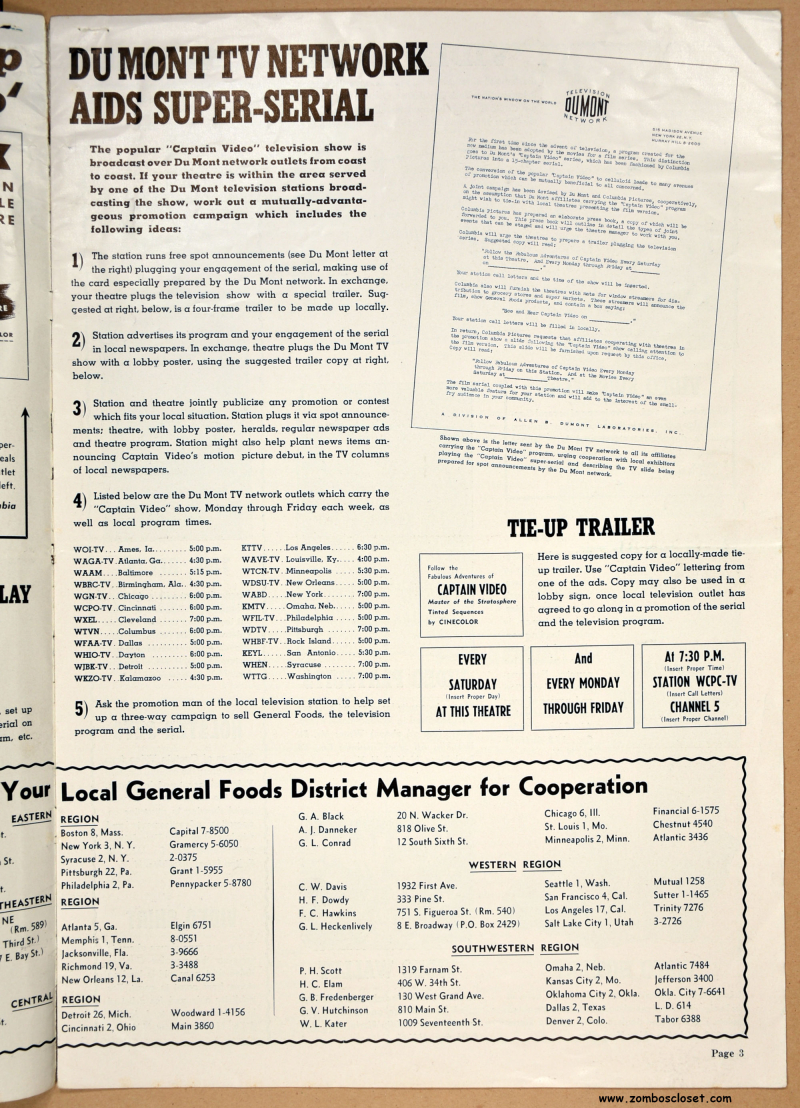 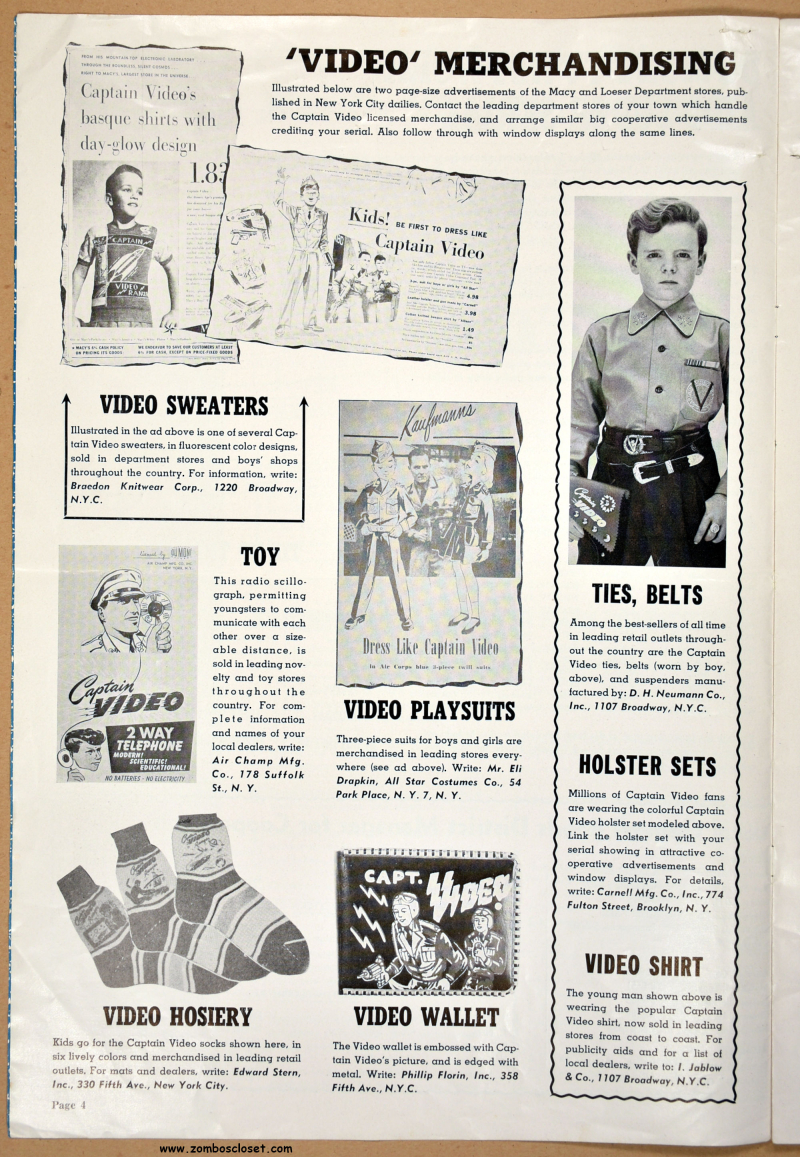 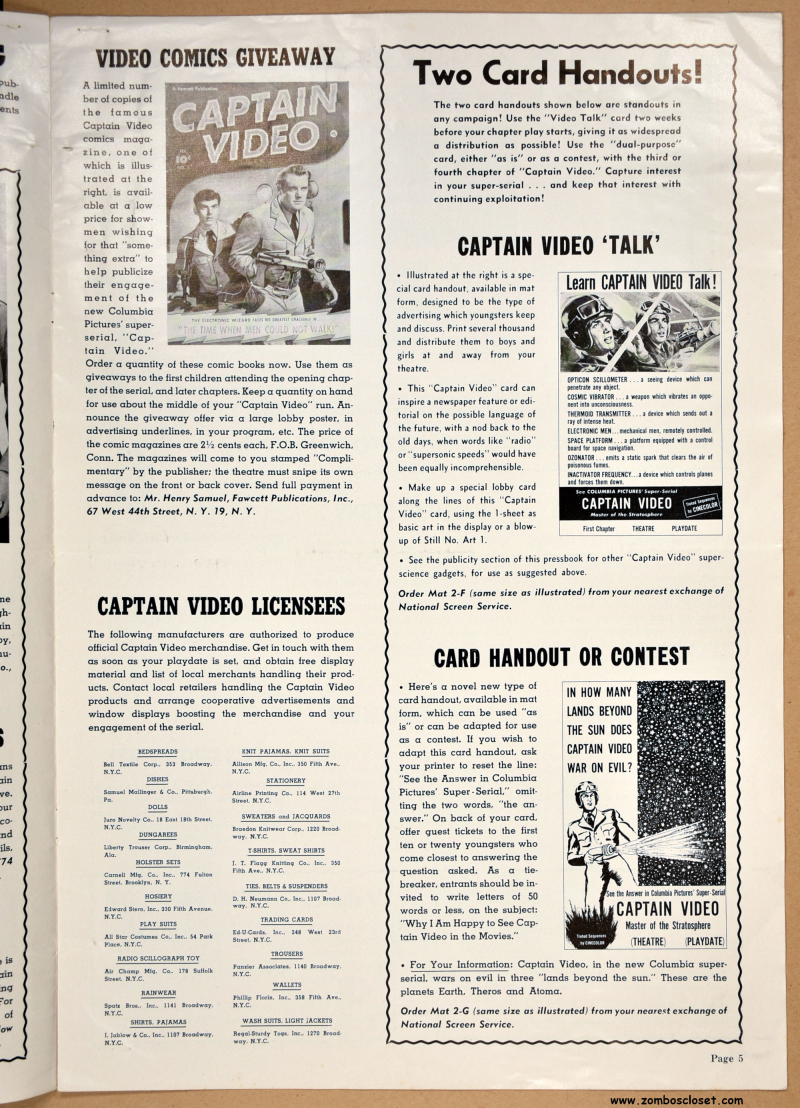 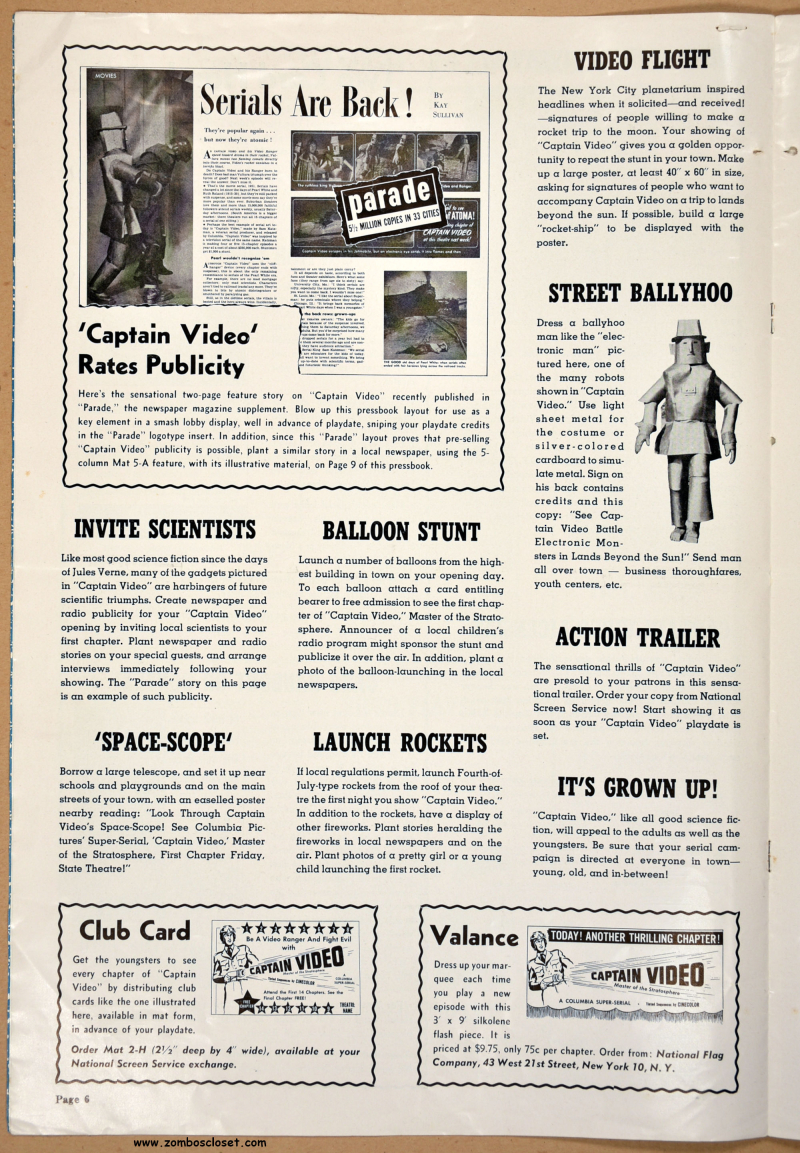 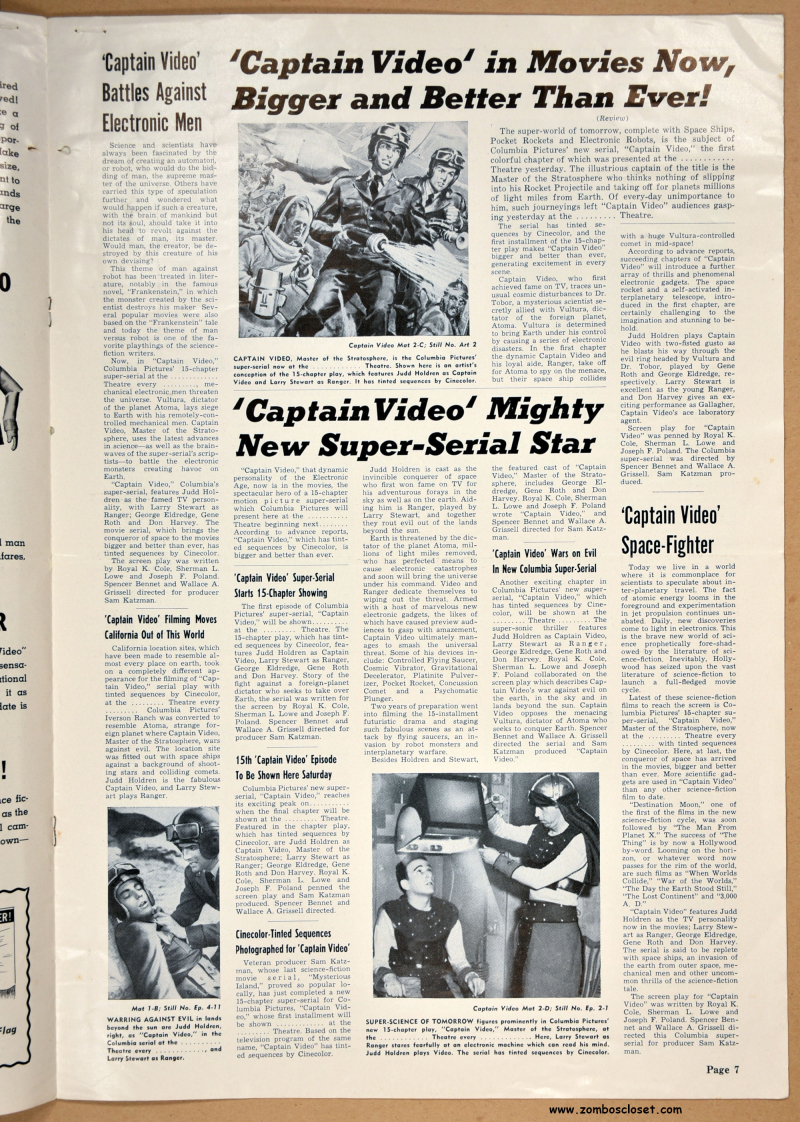 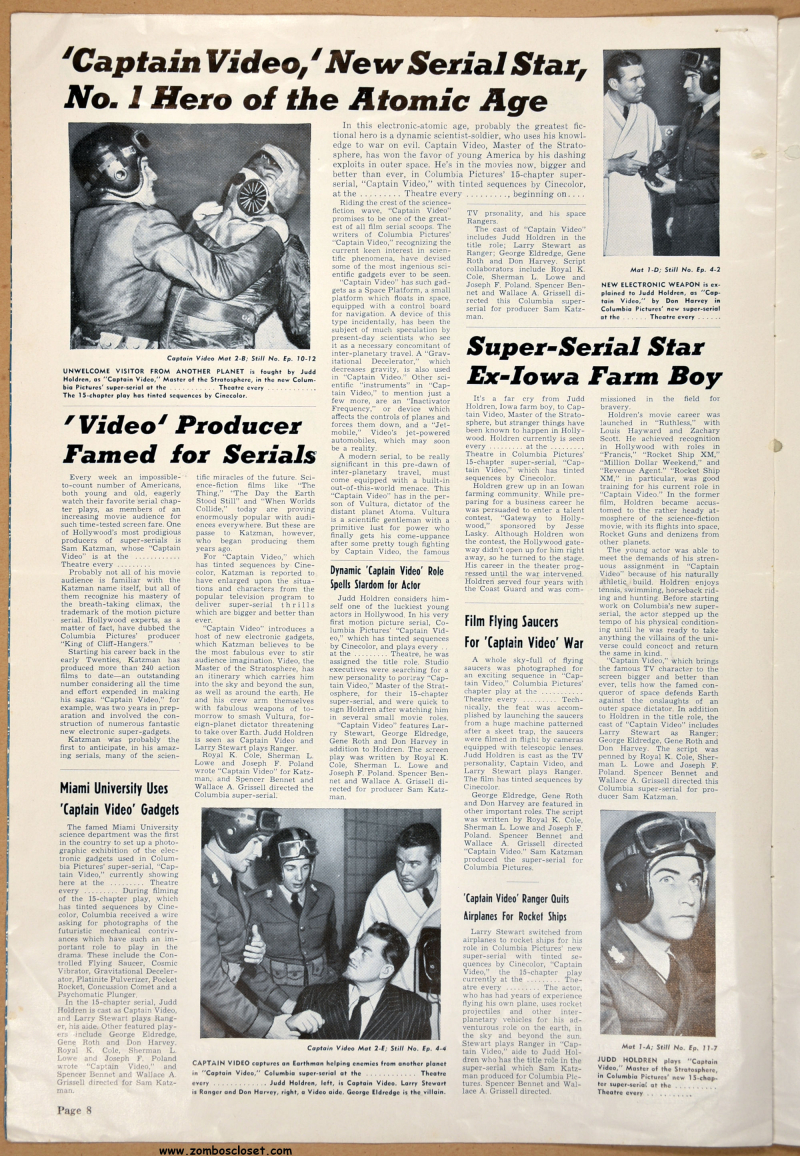 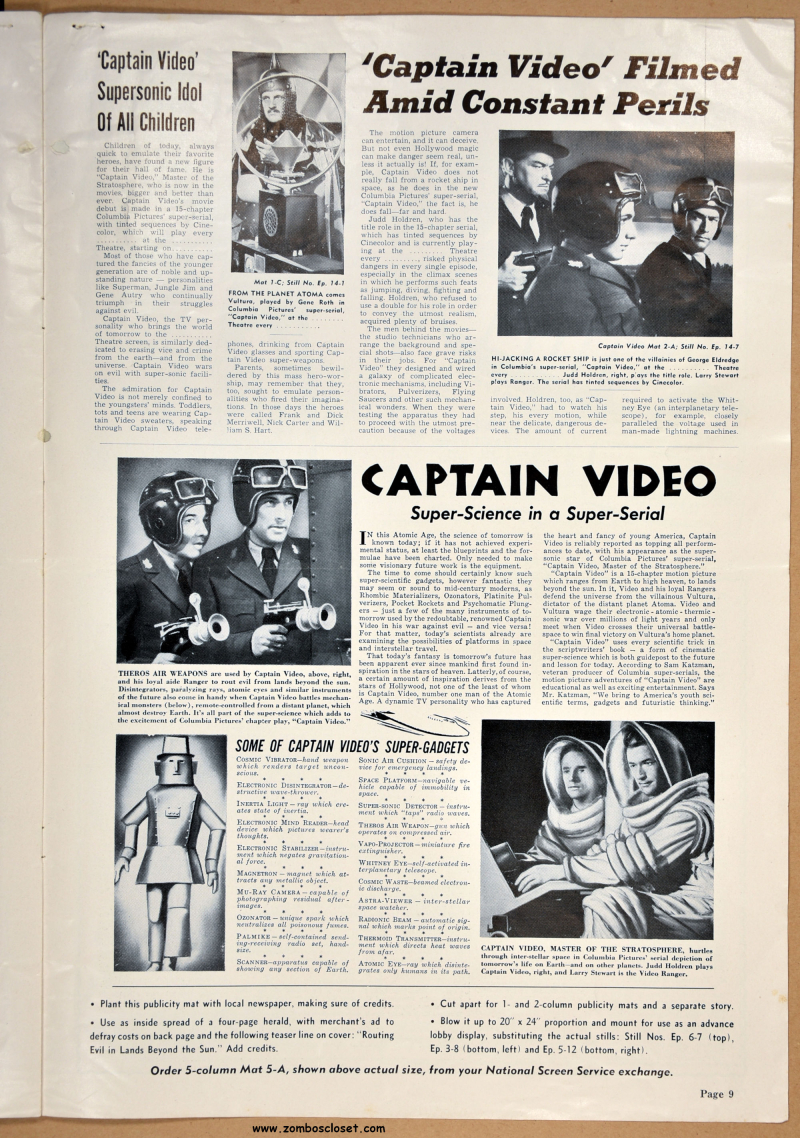 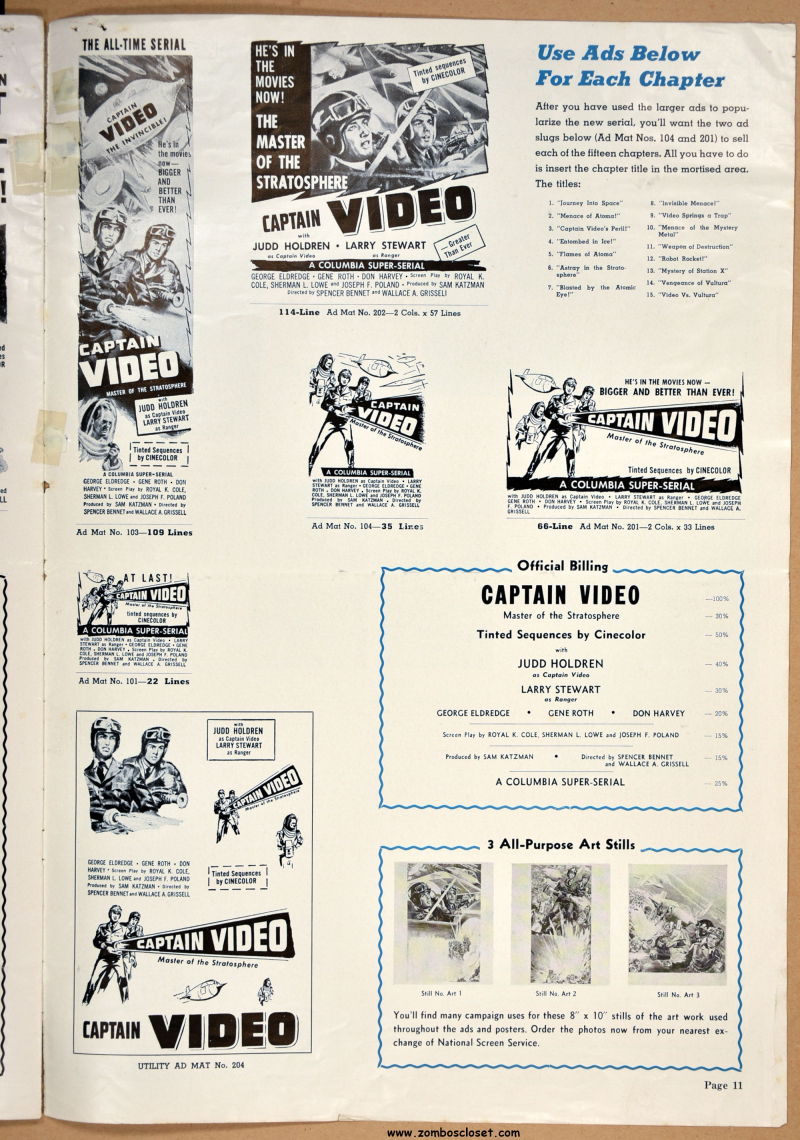 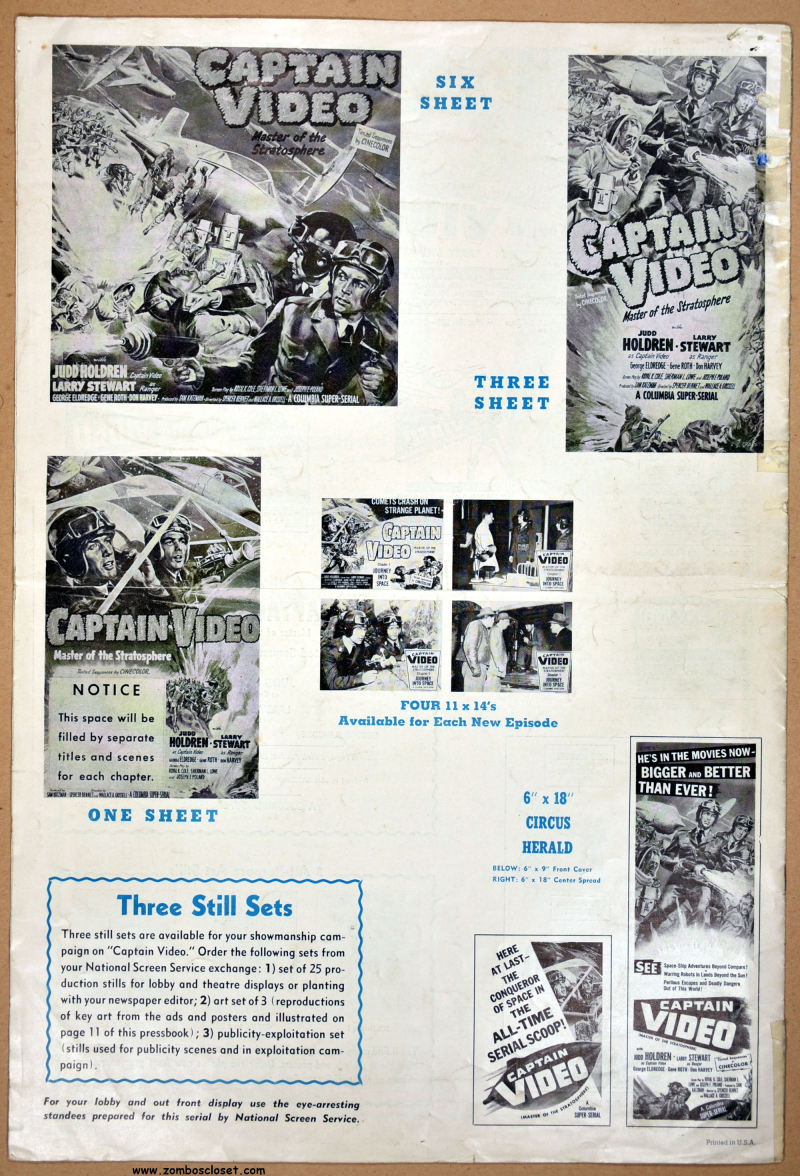 Posted at 11:42 AM in Pressbooks (Horror, Sci Fi, Fantasy) | Permalink