A clairvoyant gambler hypnotizes someone who later murders somebody else. Cue the crime and mystery drama. Early pressbooks were often printed on newsprint paper, so they don't hold up too well and brown with age. But that gives them a certain charm, don't you think? What's also charming are the promotional ideas for The Witching Hour. For instance, take this one: "In every town there are large clocks displayed, on the sidewalk or in windows, which are daily consulted by large numbers of persons for the correct time. For example, there is usually such a clock in a telegraph office or jeweler's window..." Then there's the ambulating street clock that chimes as it goes. Ah, the good old days--of promotion, that is. 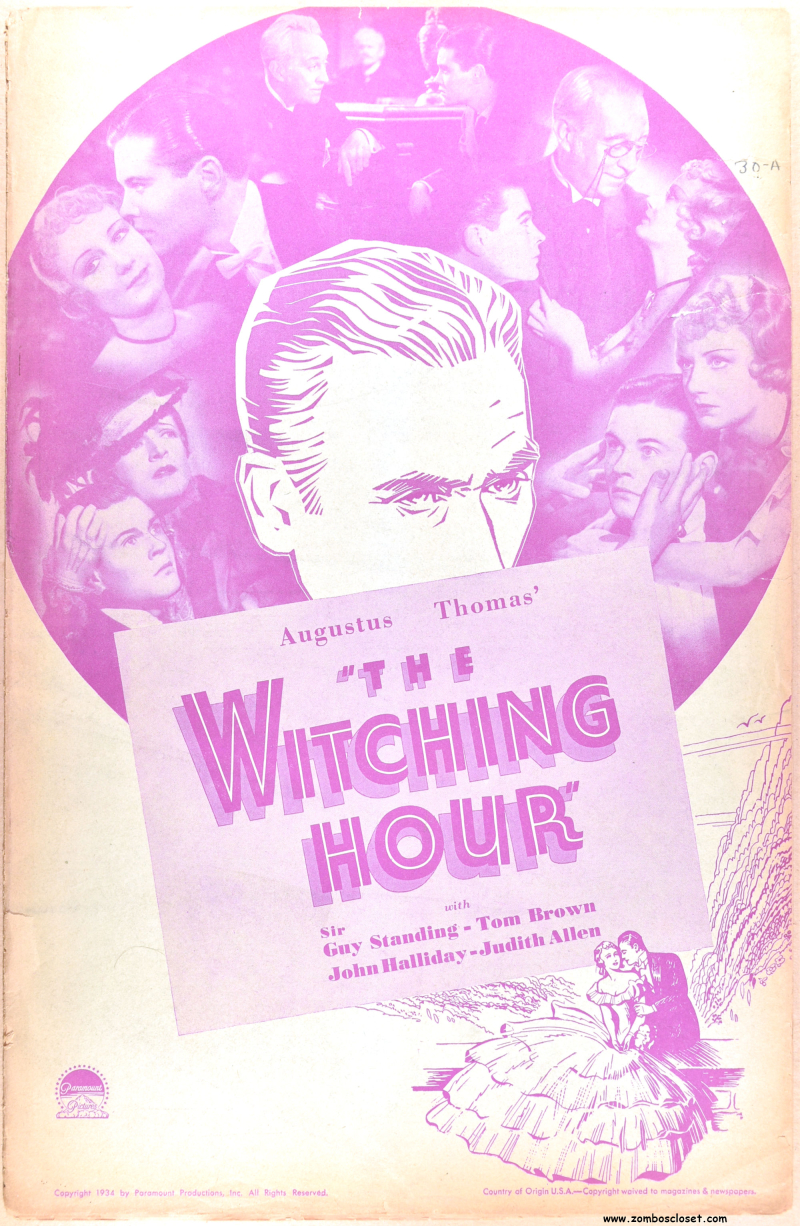 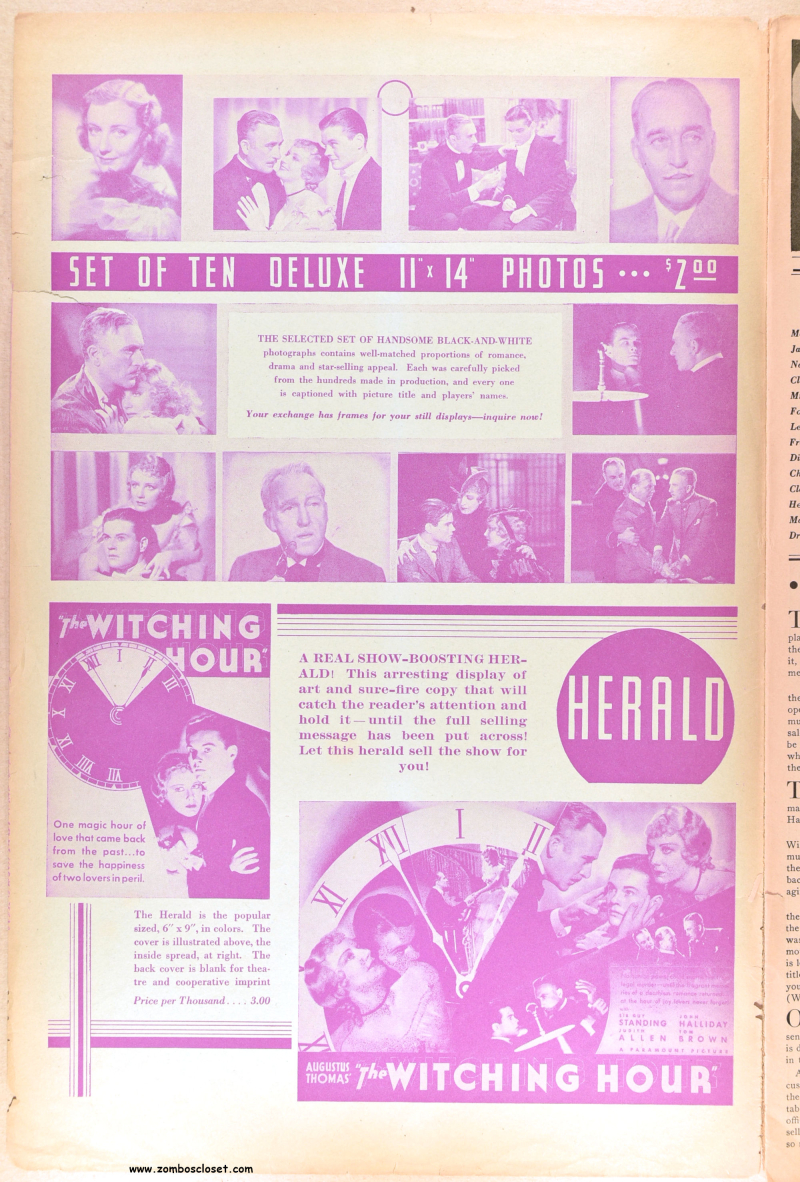 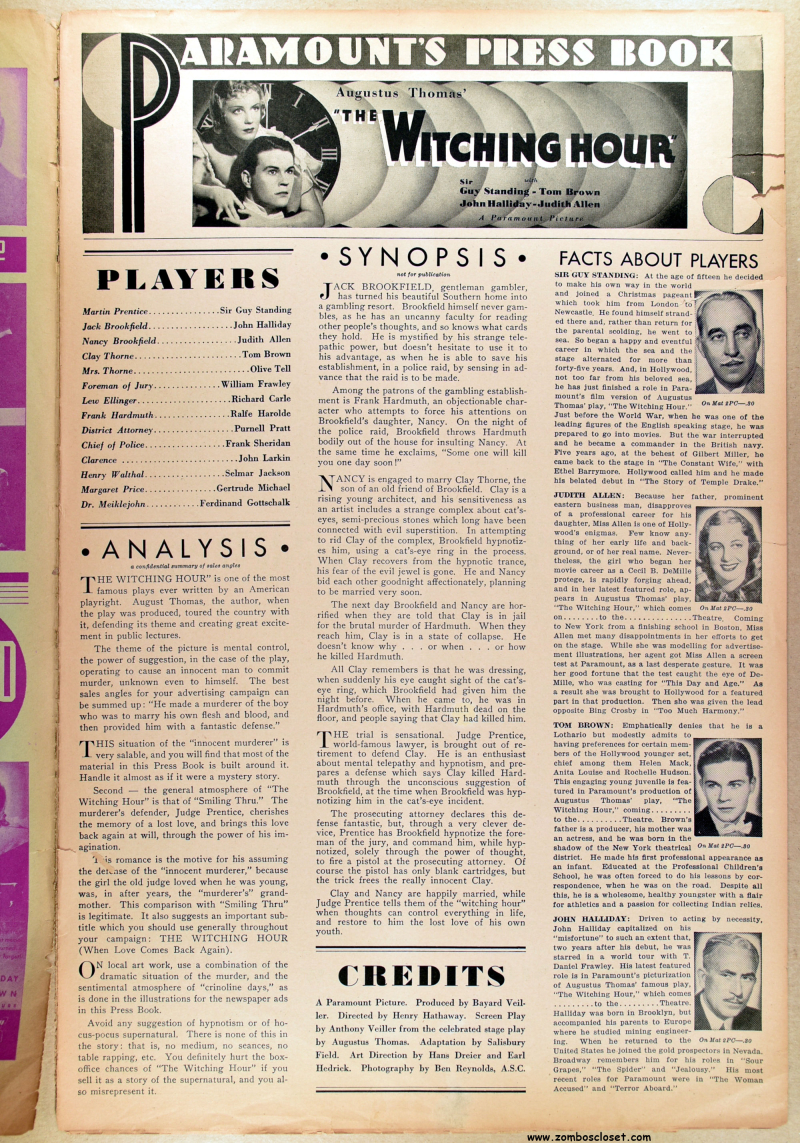 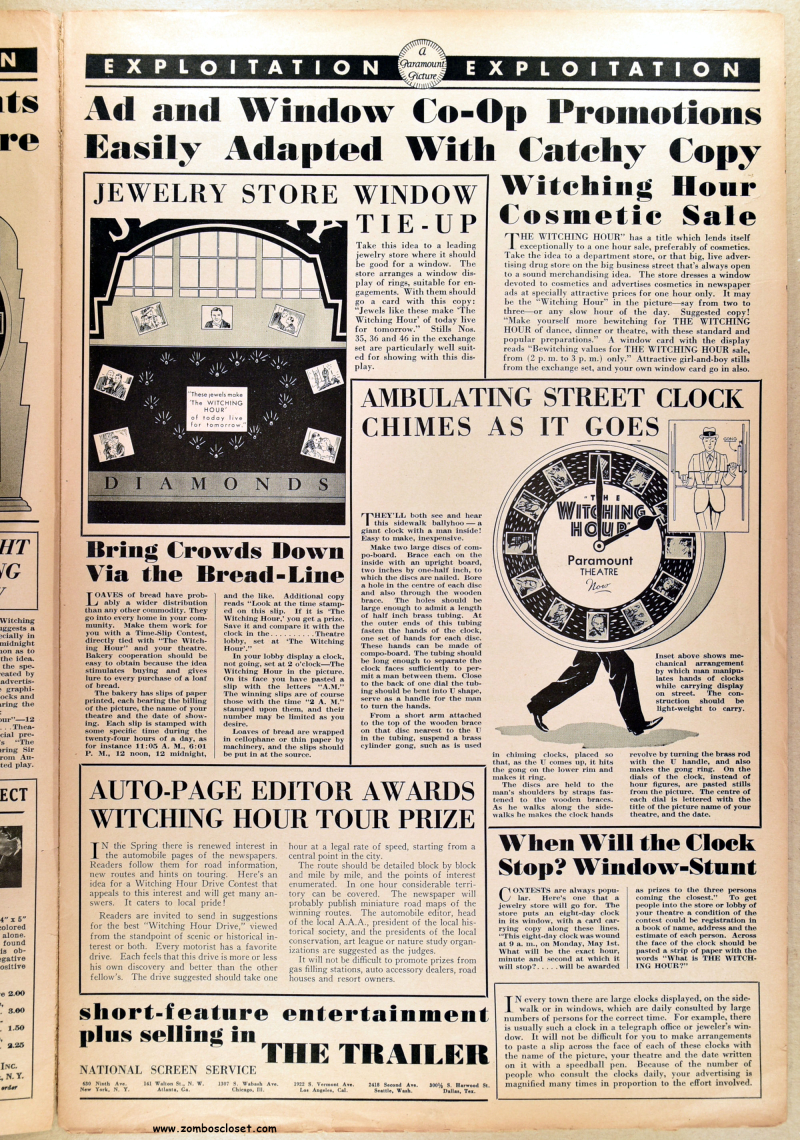 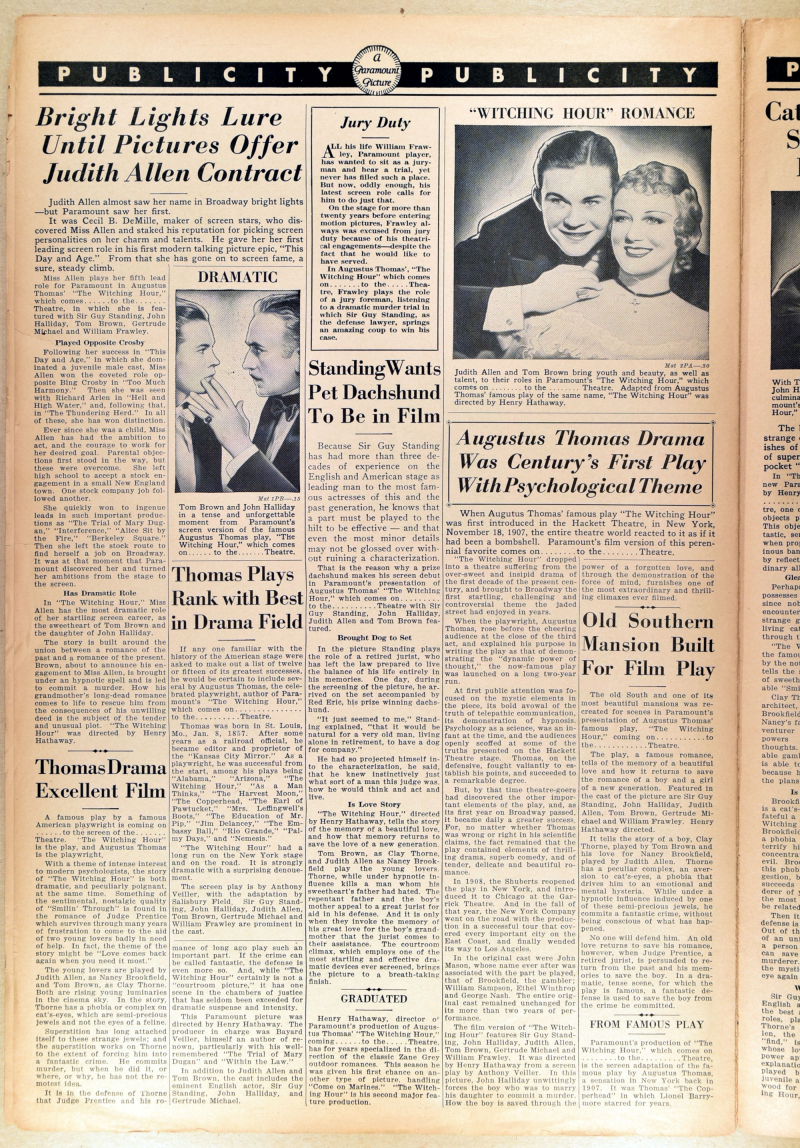 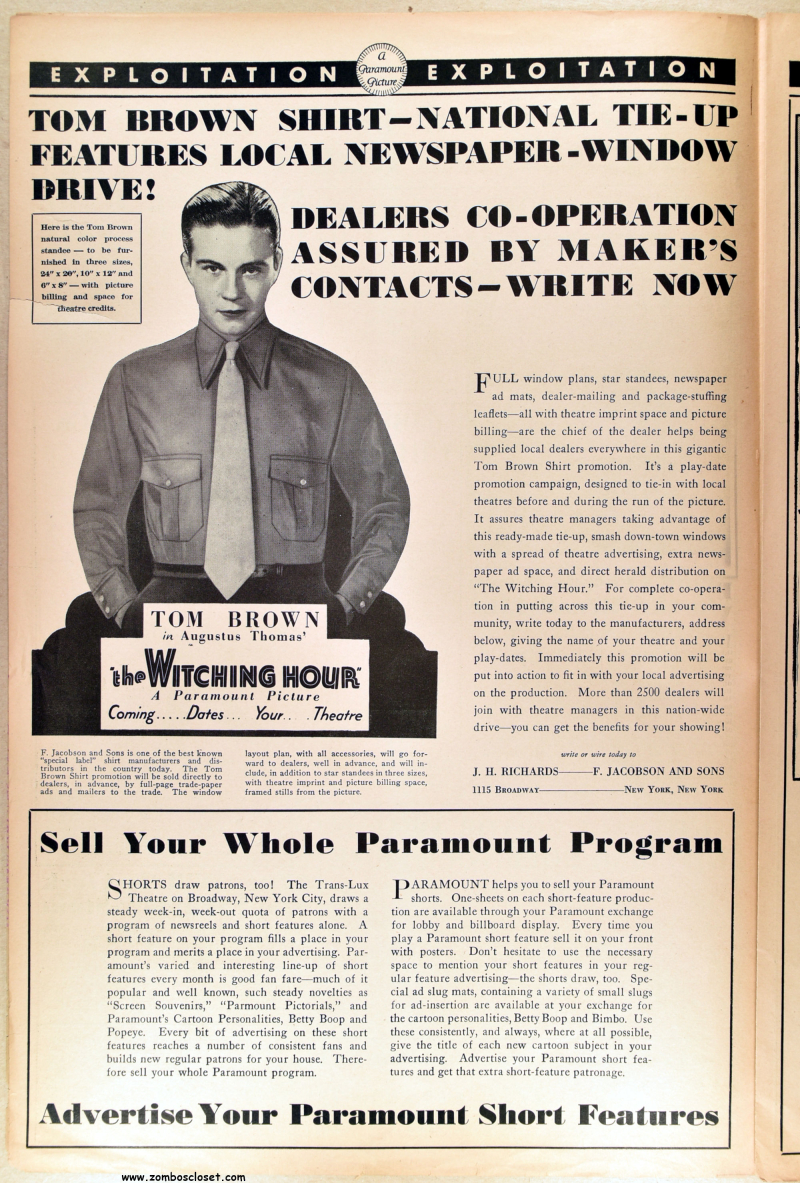 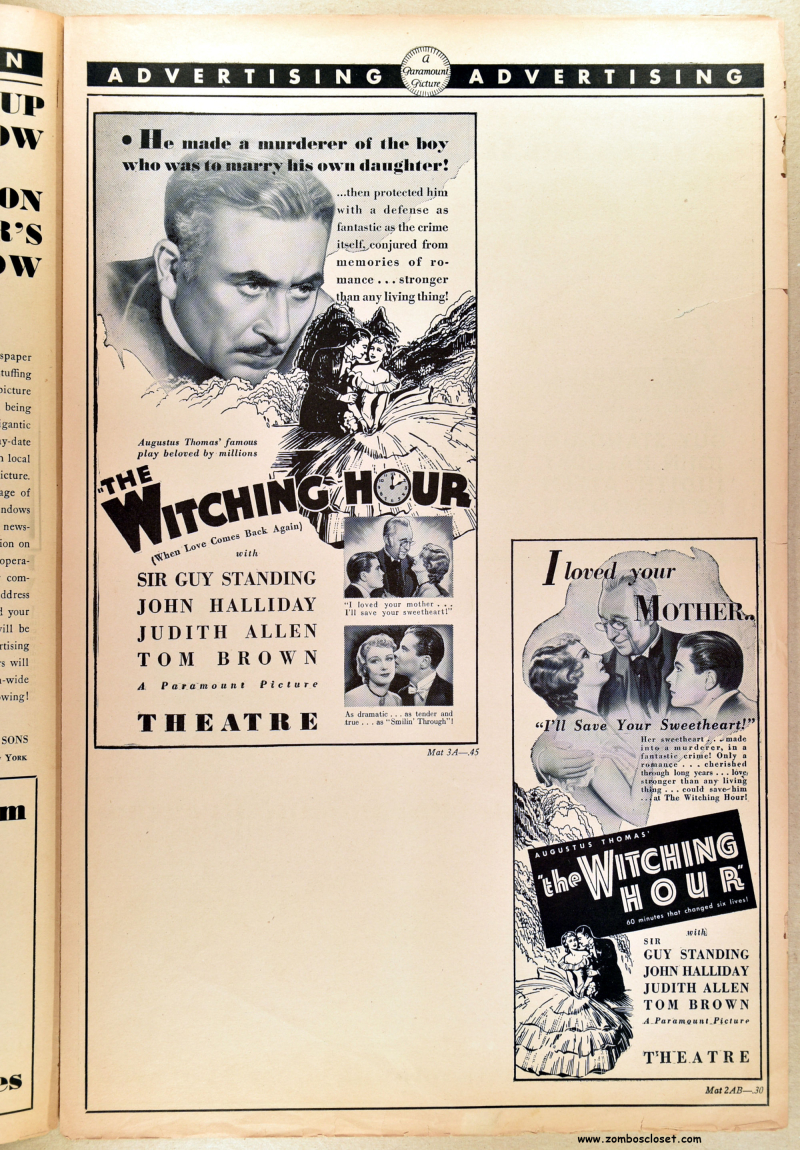 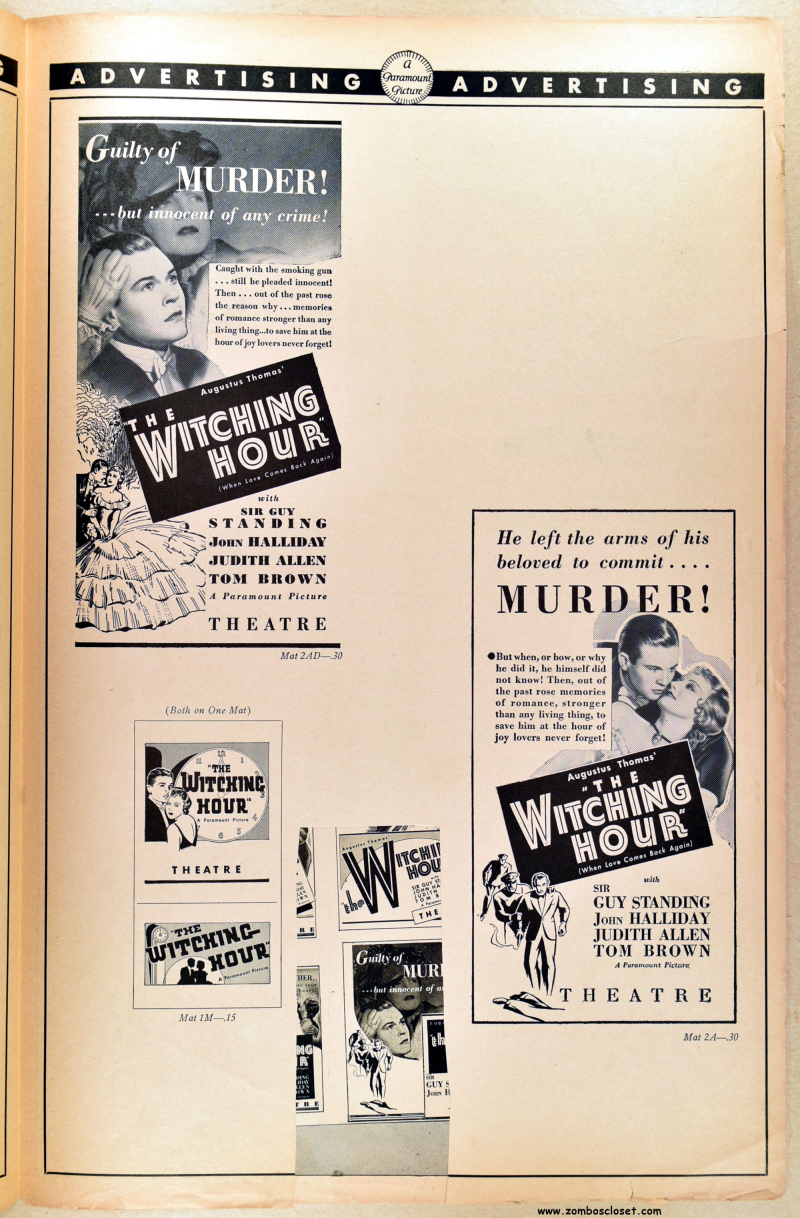 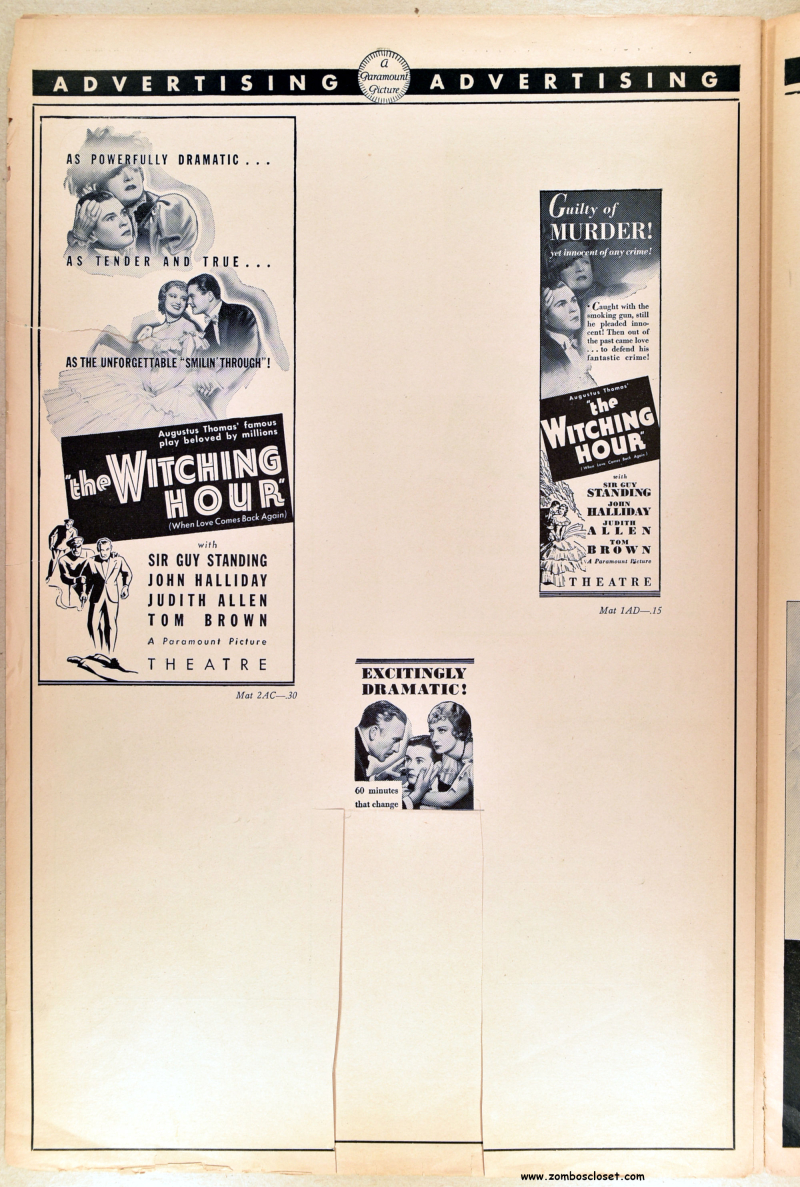 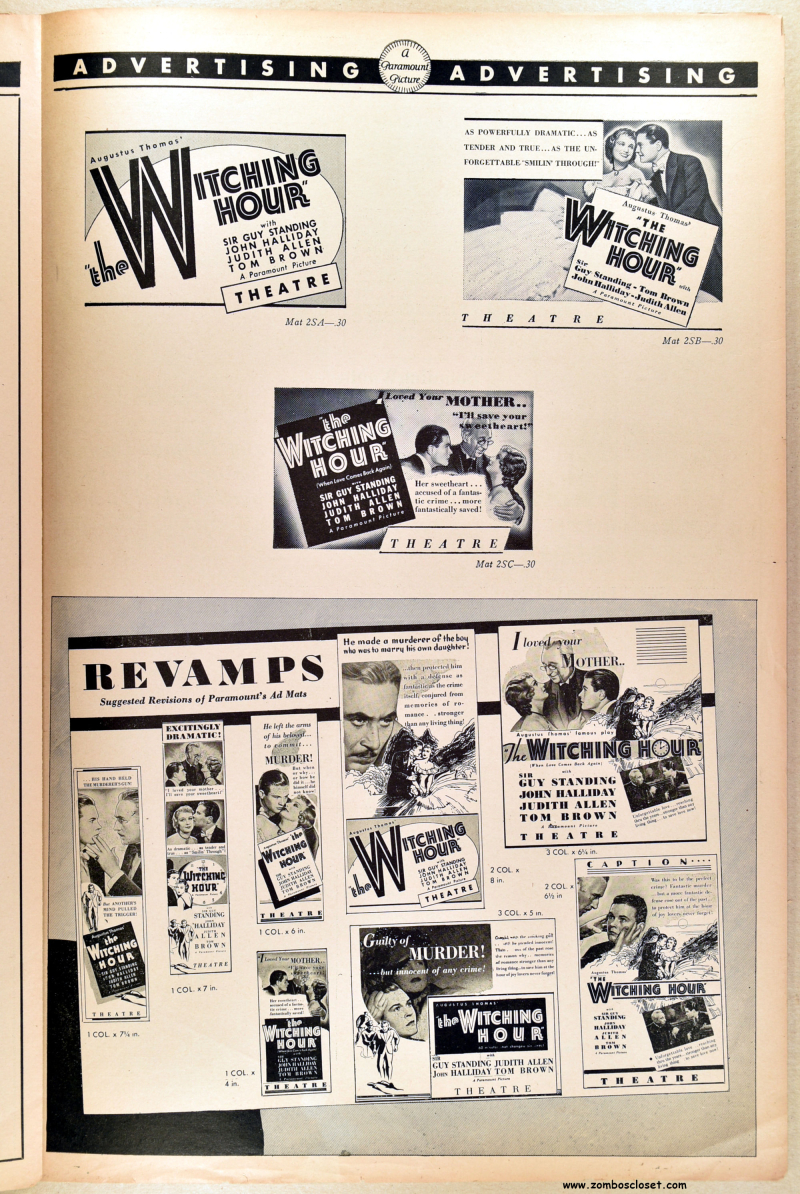 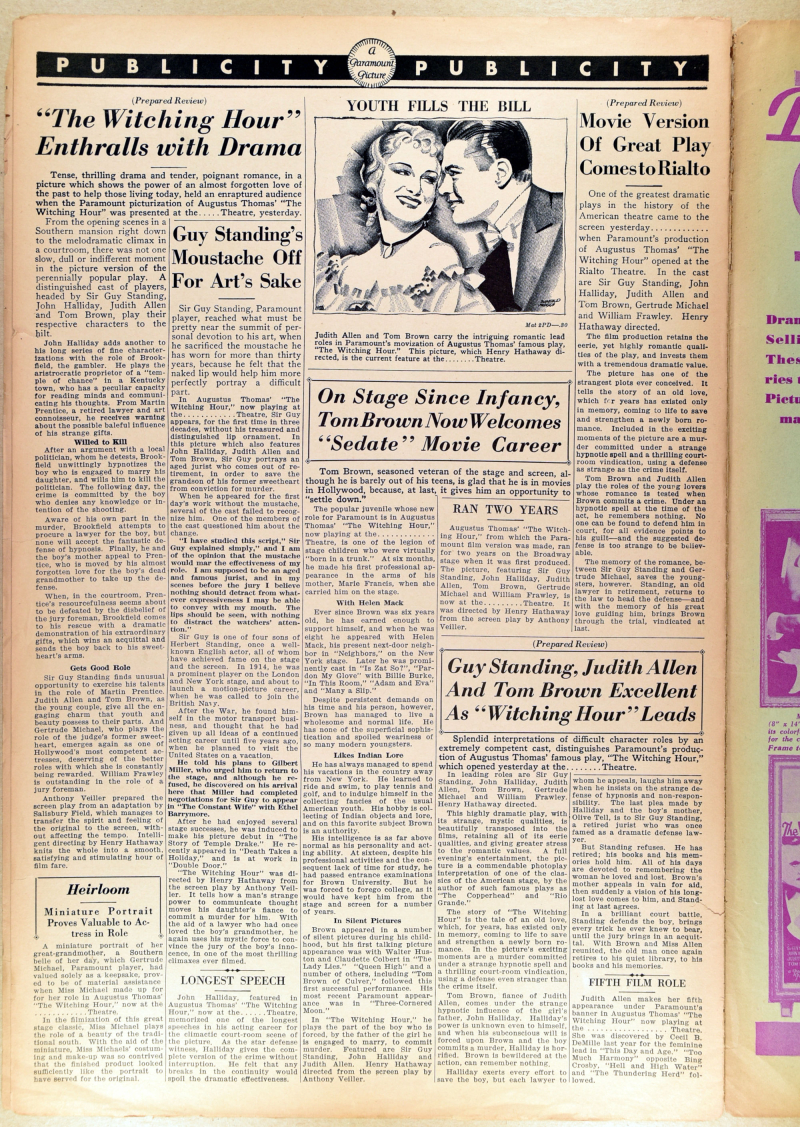 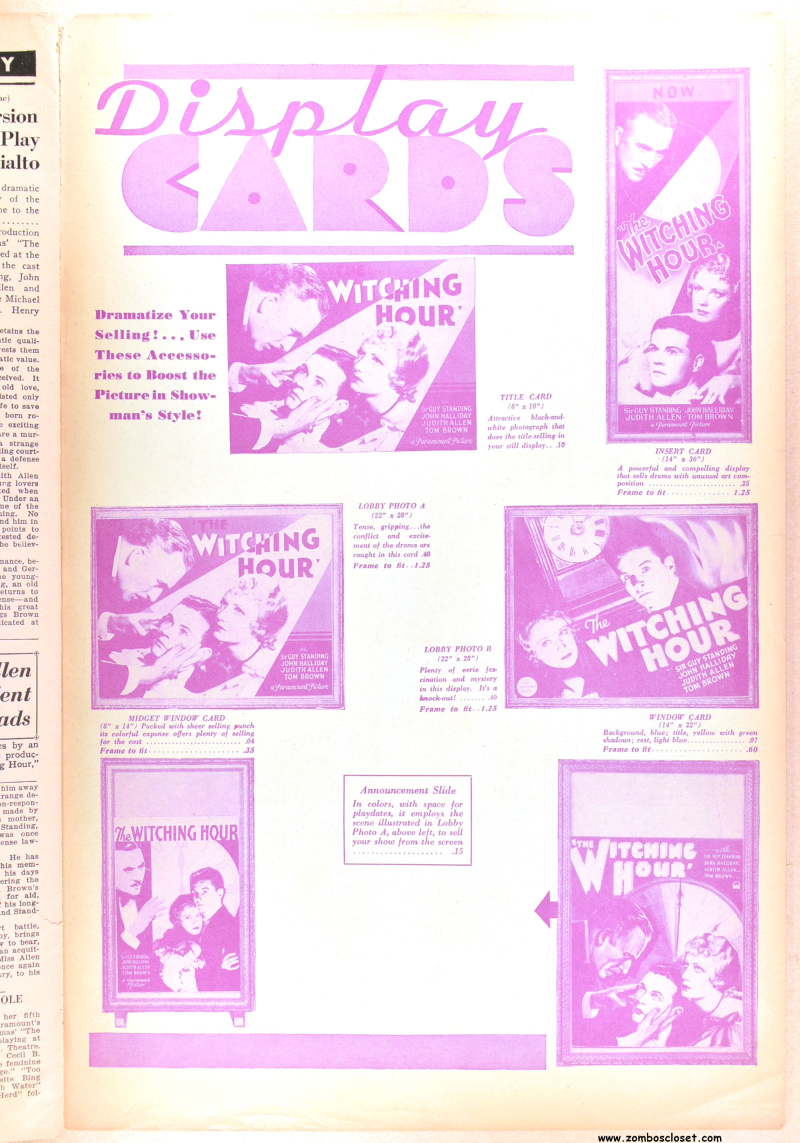 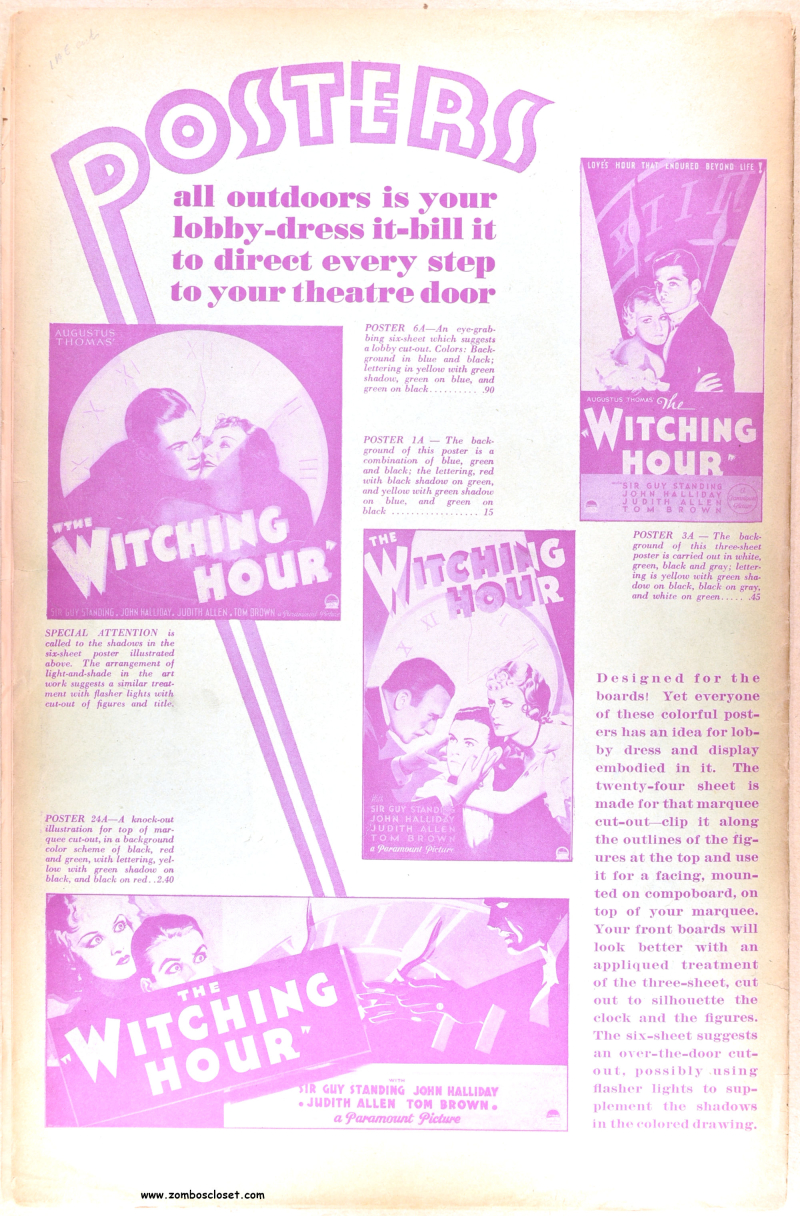 Posted at 05:54 AM in Pressbooks (Horror, Sci Fi, Fantasy) | Permalink