After Forbidden Planet, MGM needed another film to make use of Robby the Robot to help balance their books. That's where The Invisible Boy comes into the picture. It's an odd mix of science fiction and kid-fare, so the script is very 1950s. But delve a little deeper and you'll find one of the screens more interesting and foreboding narratives about artificial intelligence and menacing technology. Robby is actually from the future (a nod to Forbidden Planet), but it takes Timmie, the lonely and misunderstood boy whose parents are eggheads times ten, to reassemble the robot after the supercomputer gives him the smarts. Unbeknownst to the boy, his newfound robotic playmate is under the control of the supercomputer, and that bit of technology has sinister plans for mankind. The Invisible Boy may be dated by its 1950s manners and mores, but deep down, there's a prescient message for all us Timmies. 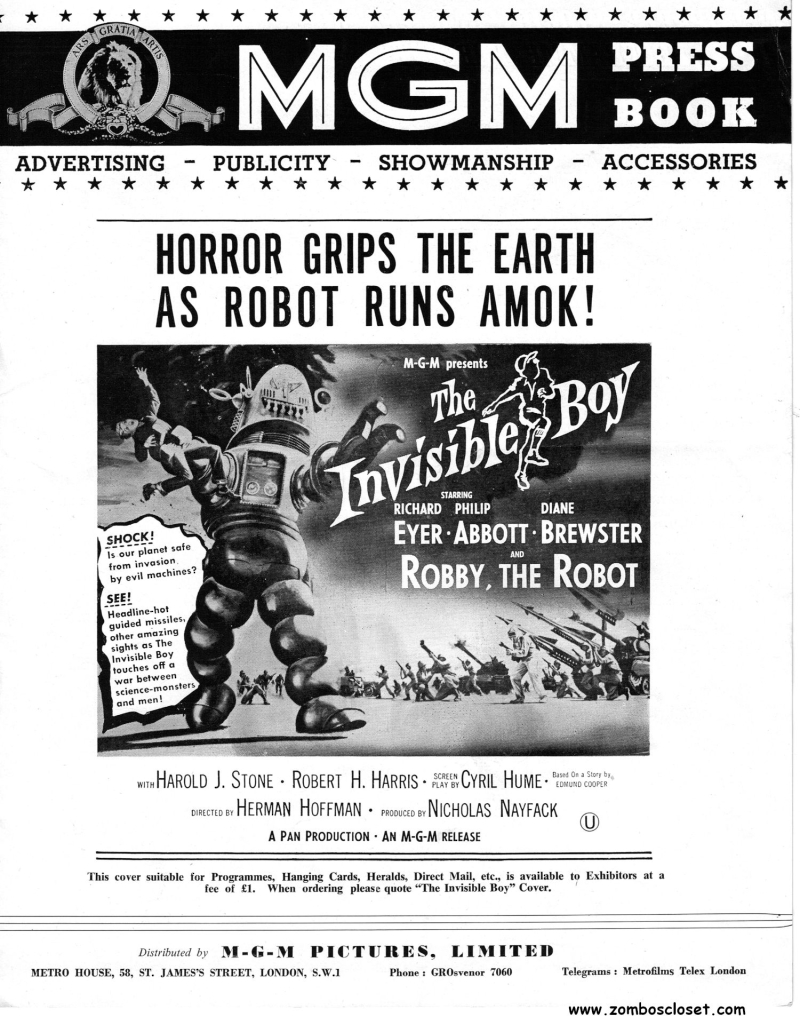 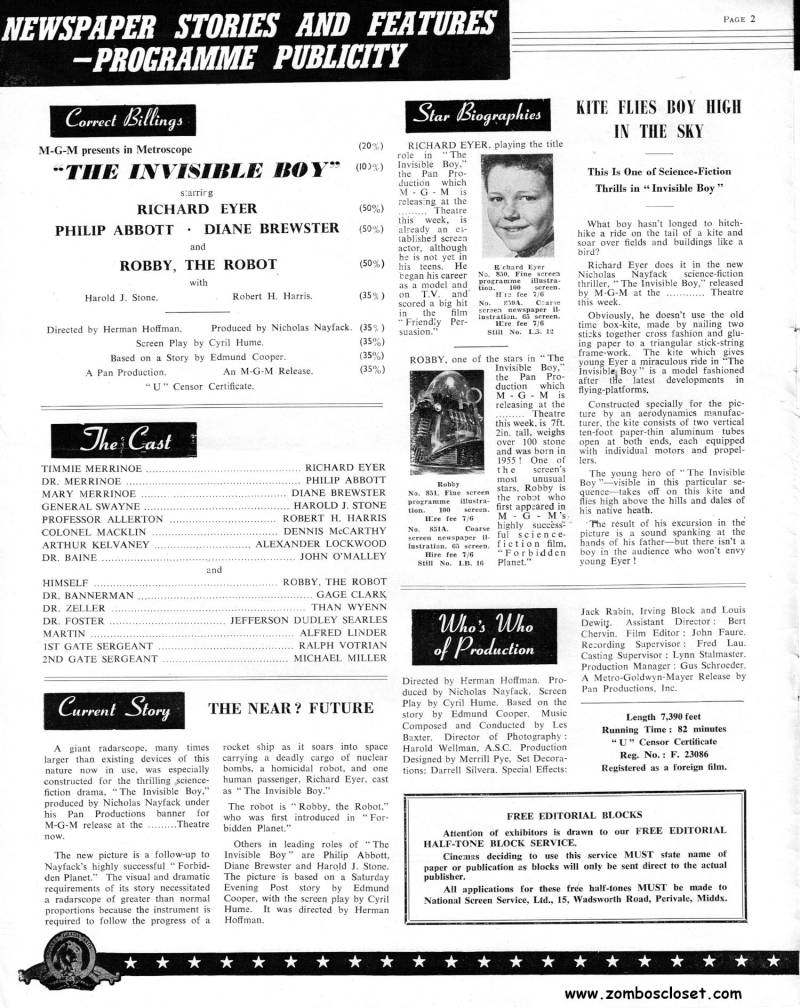 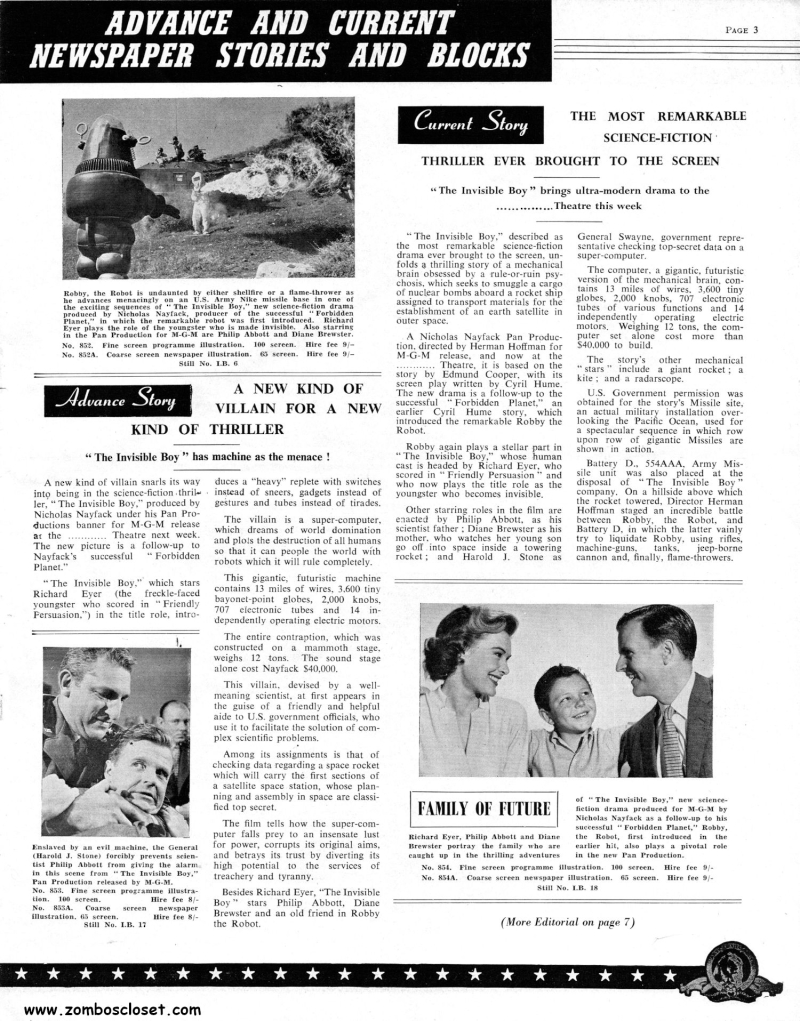 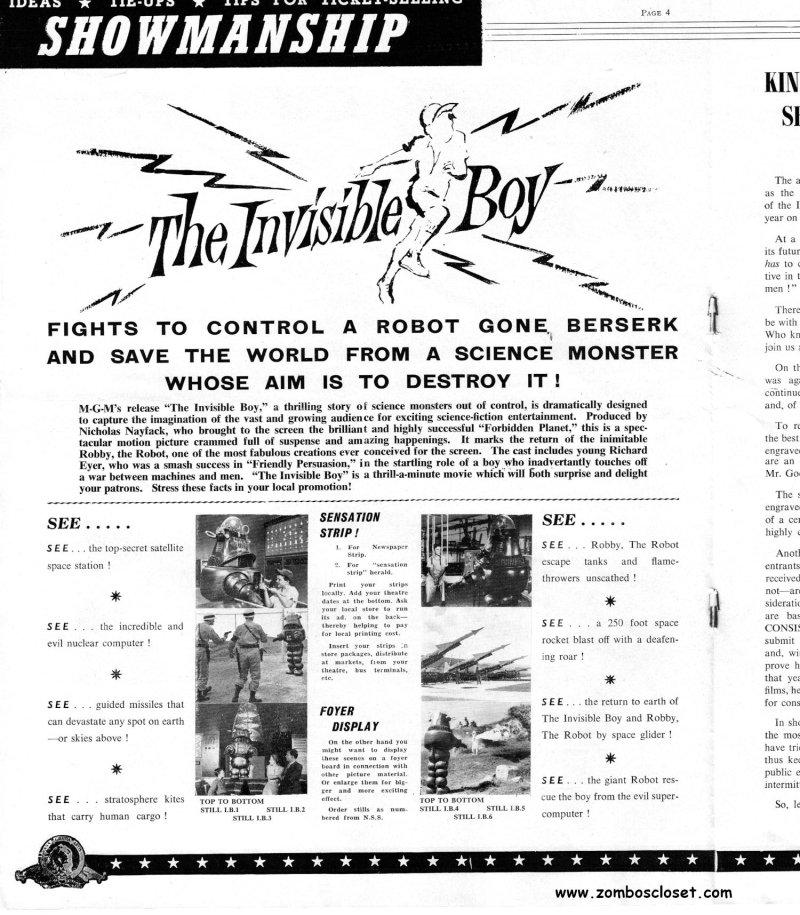 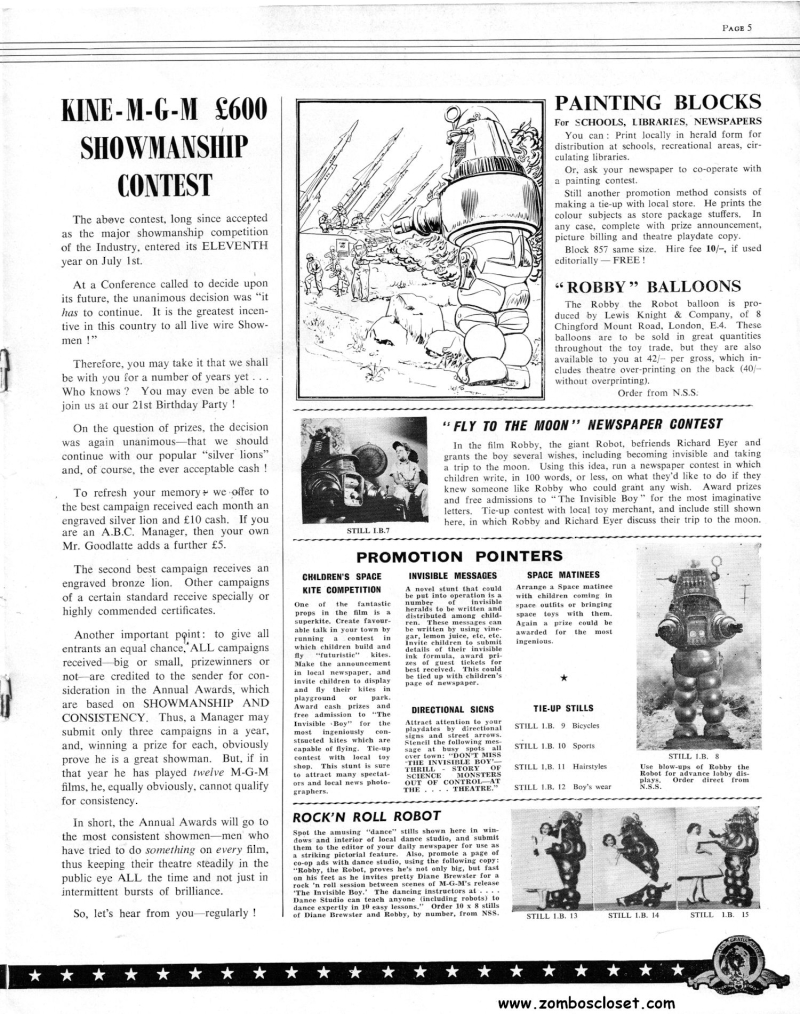 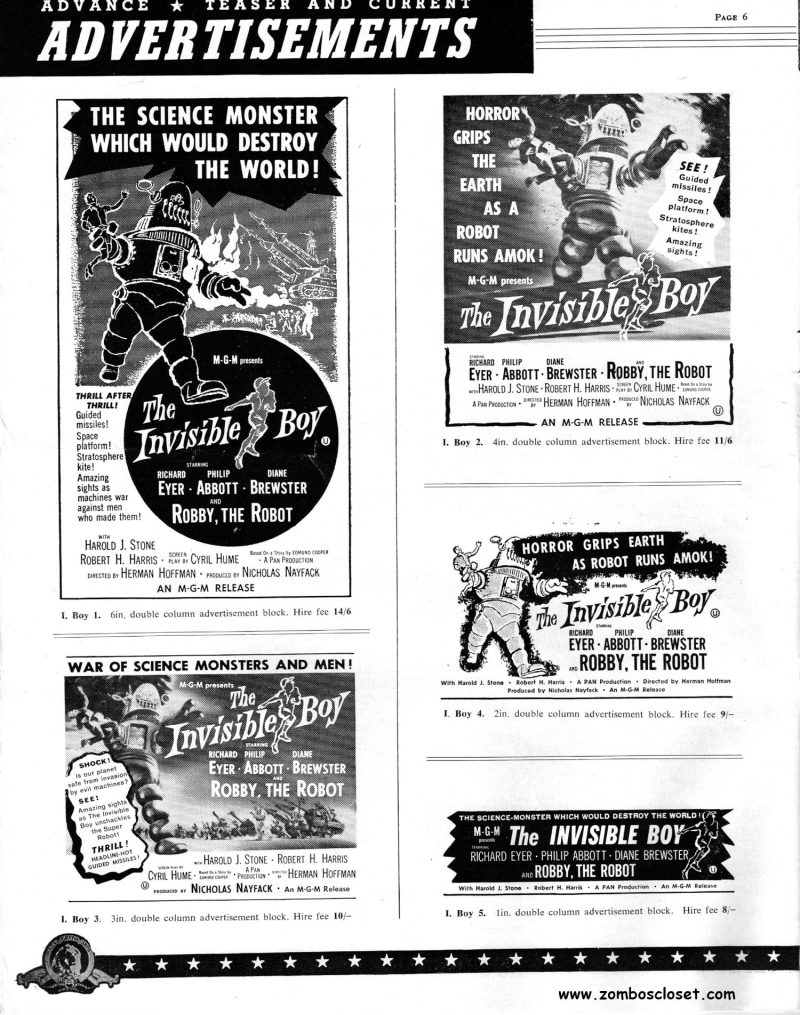 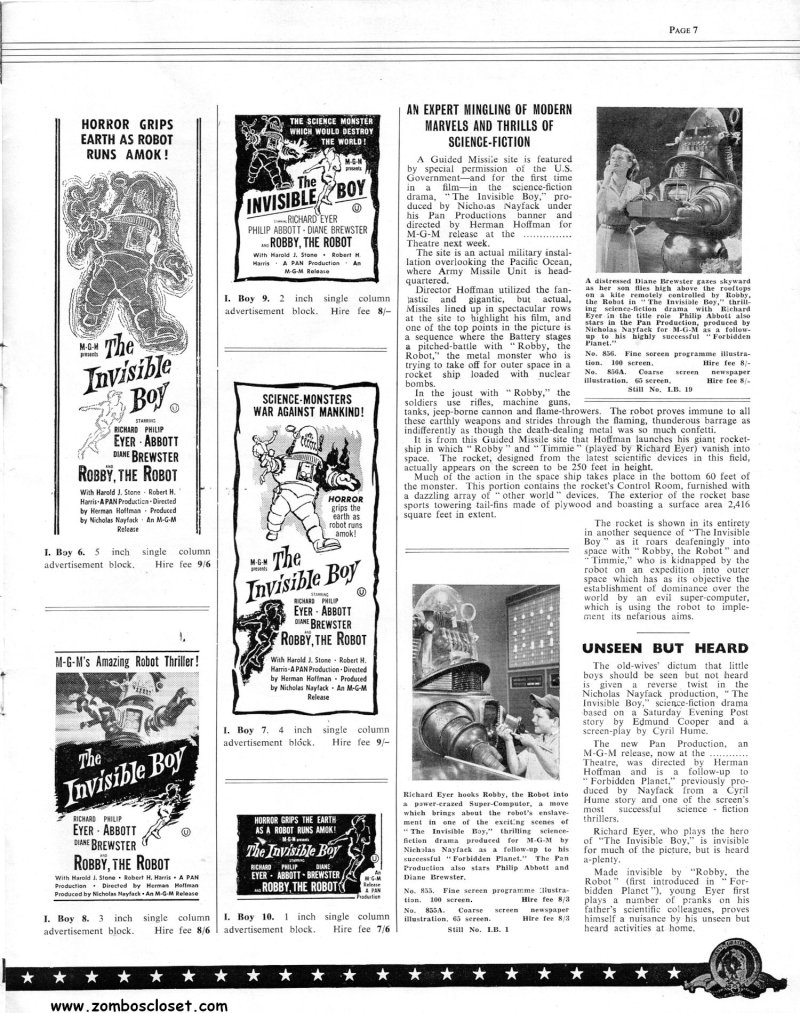 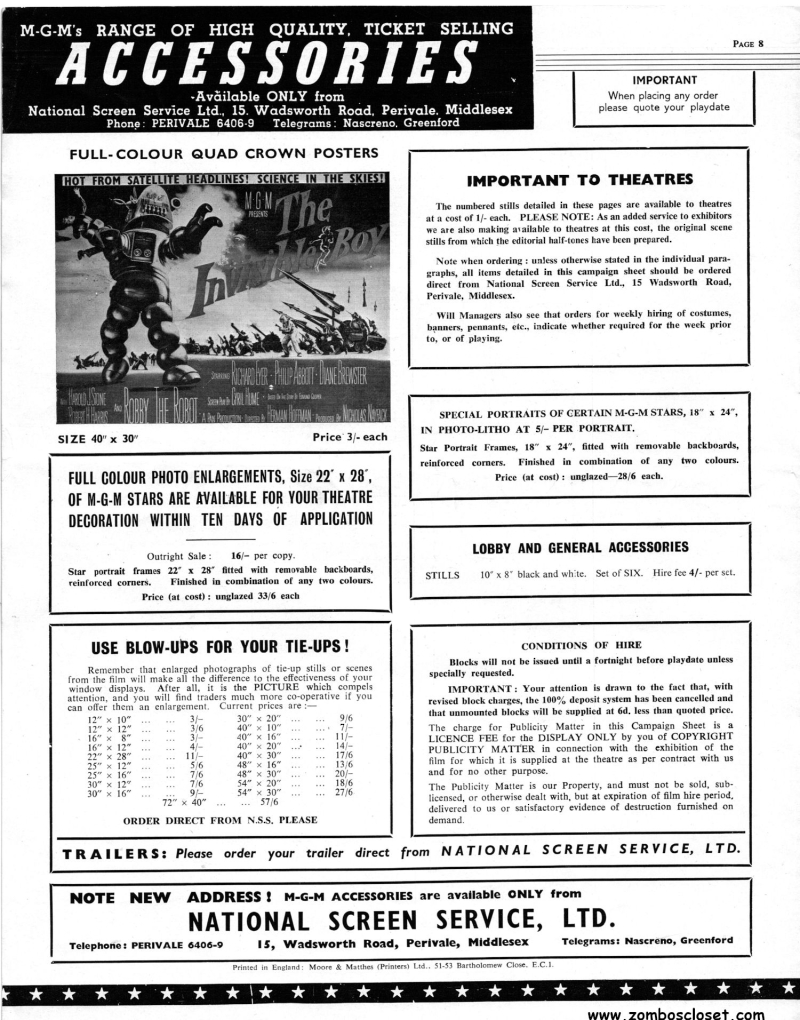