Sherlock Holmes kept his cigars in a coal-scuttle. I'm not sure where he kept his cigarettes. When a problem vexed him, though, he would usually reach for his pipe, usually the oily black clay one, puffing away three pipe-fulls before the solution would present itself. Here's Basil Rathbone, one of the best Holmes actors, enjoying a Chesterfield and promoting his movie Dressed to Kill. 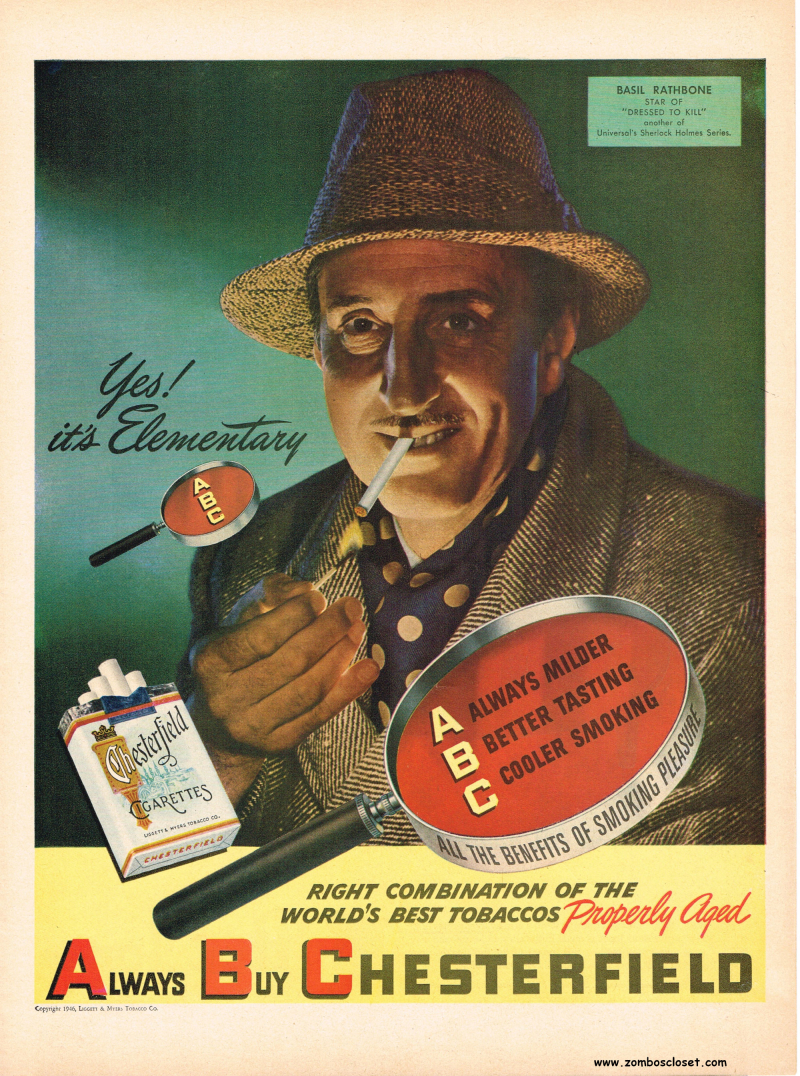