With a tagline like "They'll roast anybody in their path!" you can't go wrong. Here's the pressbook for Godzilla Raids Again (1955), also titled Gigantis the Fire Monster for the English dubbed (and edited) release in 1959. It was shown in a double bill with Teenagers from Outer Space or Rodan. I would have preferred seeing it with Rodan, but I admit to a fondness for Teenagers. The poster art figures prominently in the promotion, but there's a coloring contest mat and a TV trailer to "move audiences from their living-room chairs to the seats of your theatre."

In a first for really, really, really going the extra mile for promoting a movie, the exploitation page takes the grand prize for stellar idea: "local armory might be willing to lend you a sub-machine gun, bazooka, flame thrower and grenade rifle, like weapons used in the picture. Strap them on lobby board or behind a roped-off area and explain that 'These weapons are no match for Gigantis." 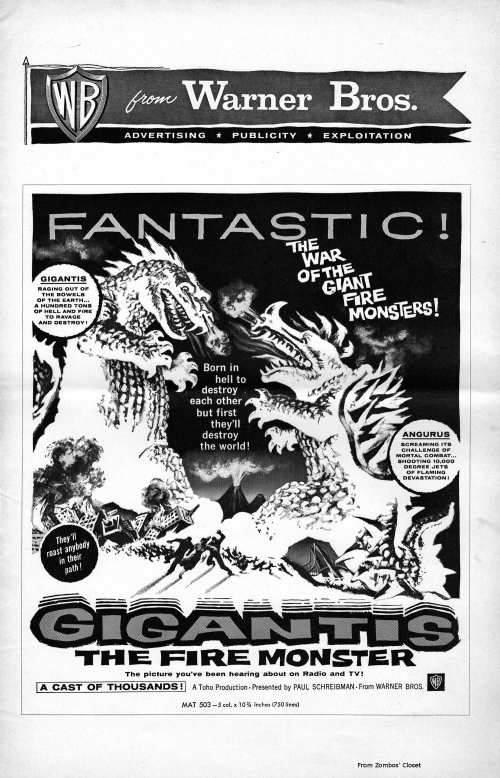 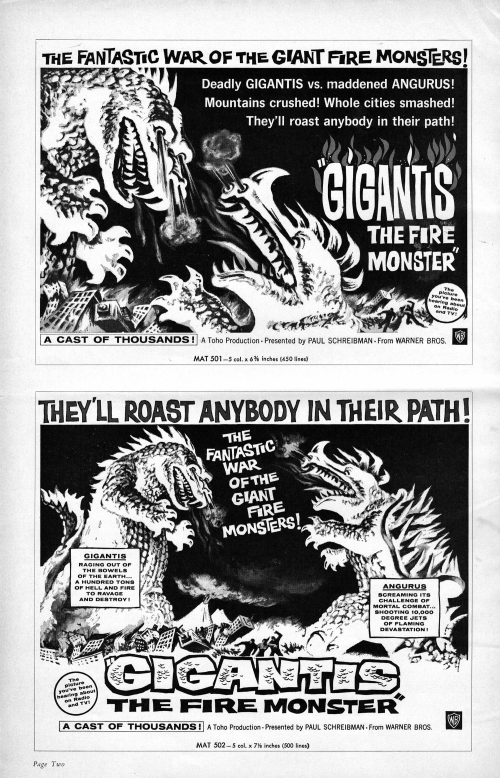 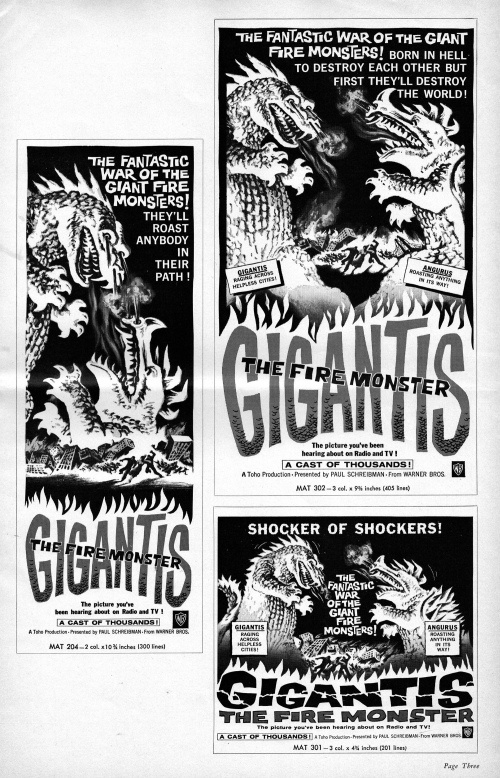 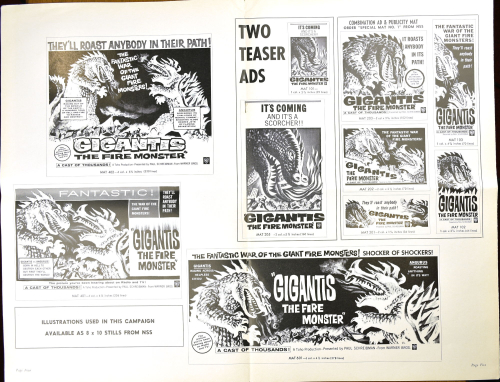 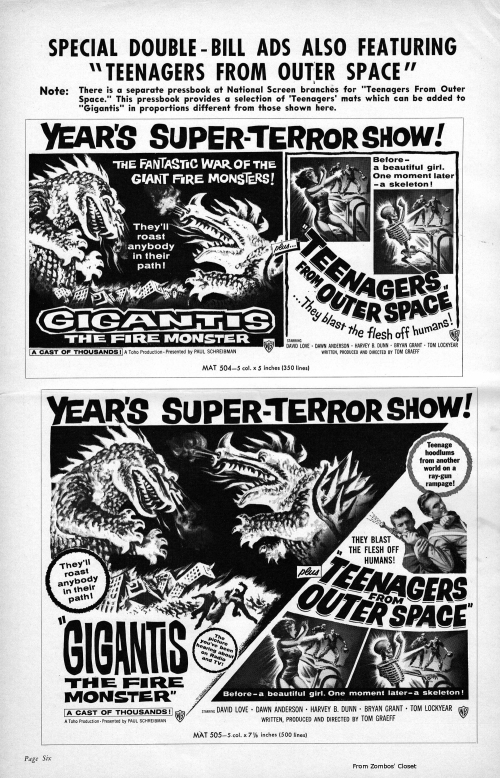 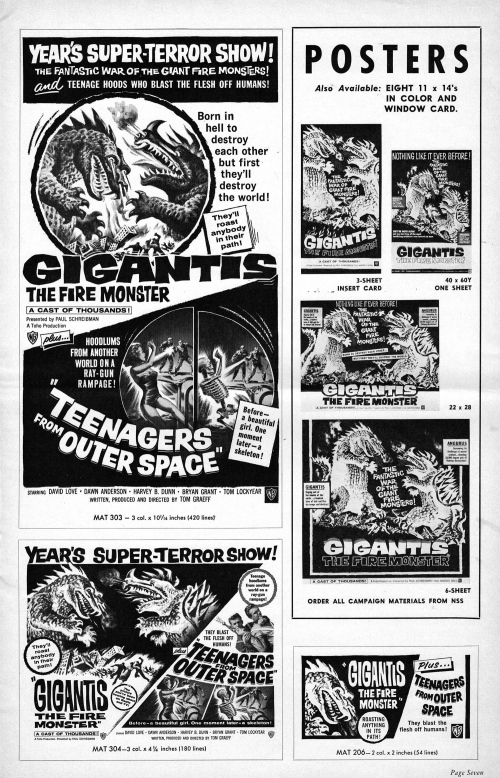 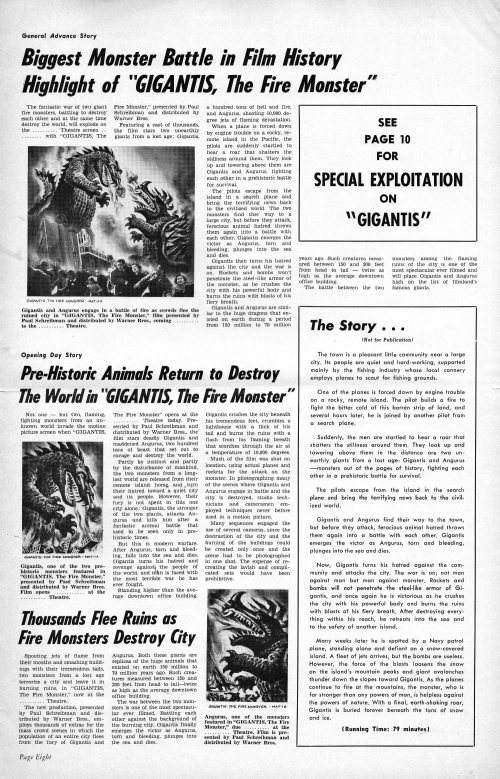 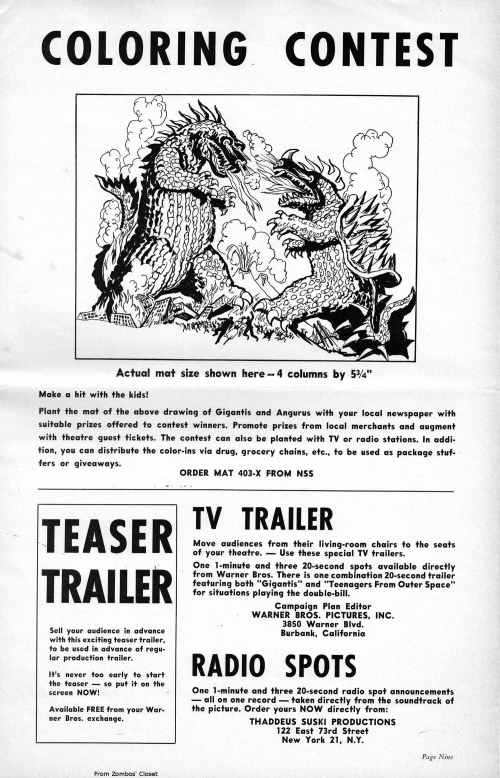 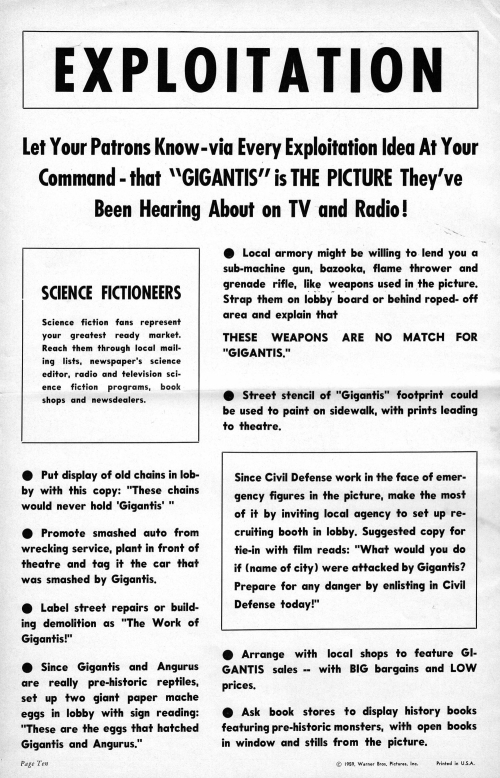 Posted at 07:11 AM in Pressbooks (Horror, Sci Fi, Fantasy) | Permalink