I have a hunch you'll dig issue 28 of The Monster Times. The Hunchback of Notre Dame (the classic silent version) takes center stage, but The Black Scorpion pokes its tail into the magazine and Plastic Man gets his due. Hammer's television endeavors and movies get a nod and Long Island-based The Children of the Night rock 'em dead in The Monster Scene, while Wolfman Jack howls. For you morbidly inclined, death in horror movies is interred by Rob Comorosky in his Part 1: Death is a Way of Life. Broiled stake, anyone? 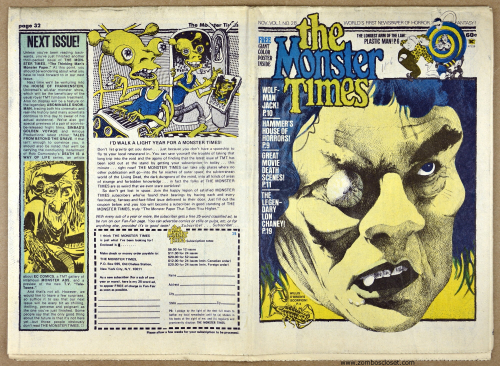 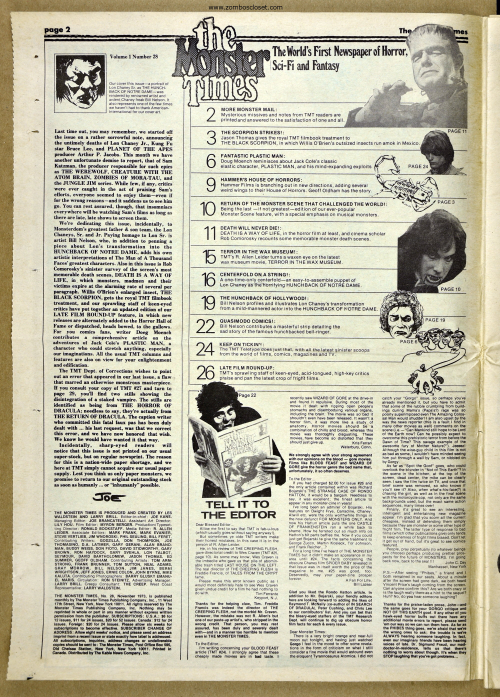 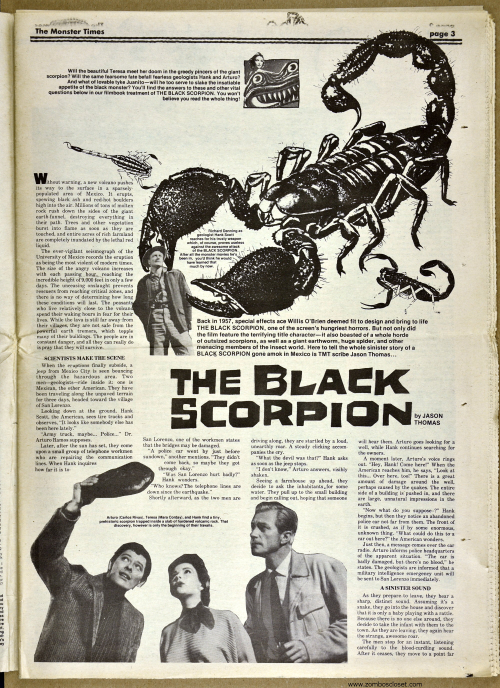 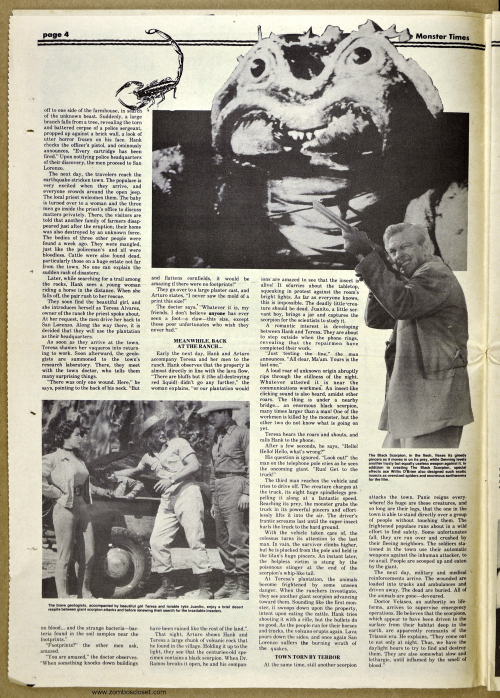 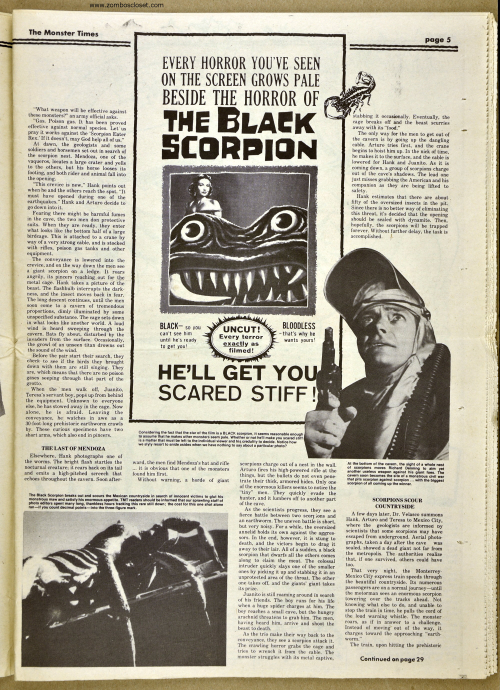 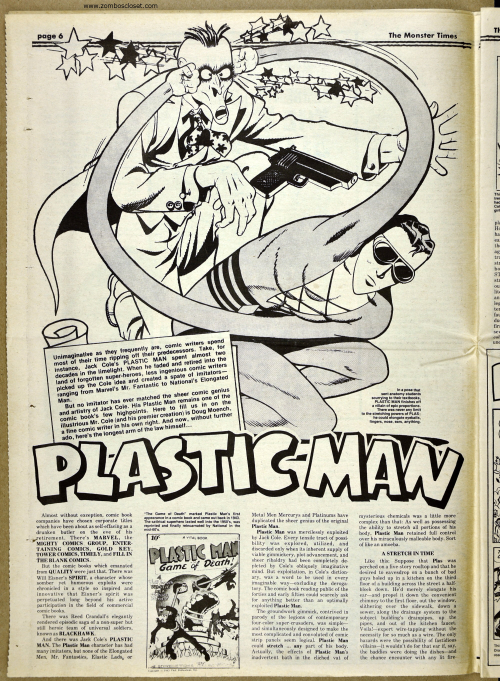 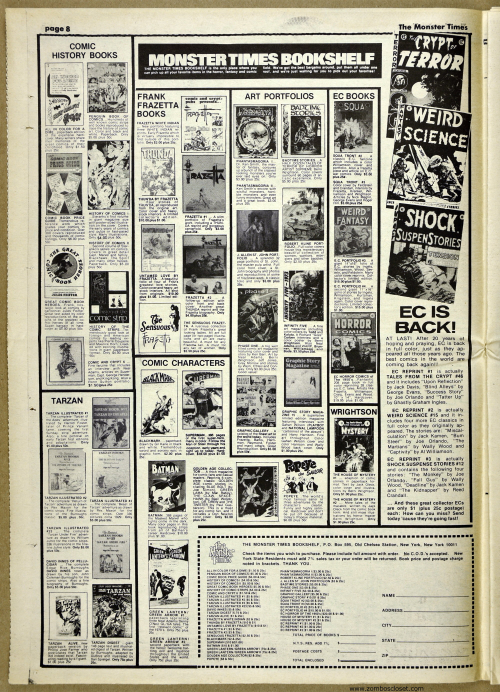 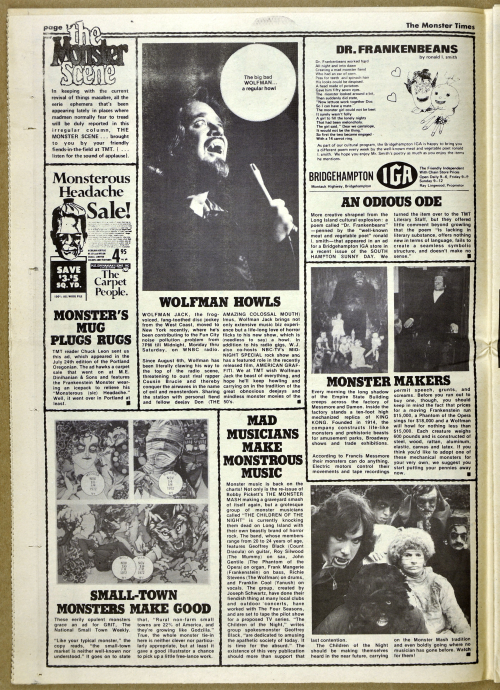 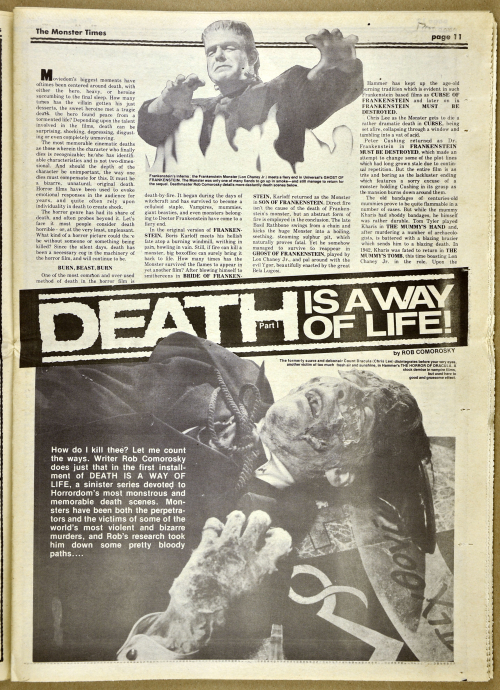 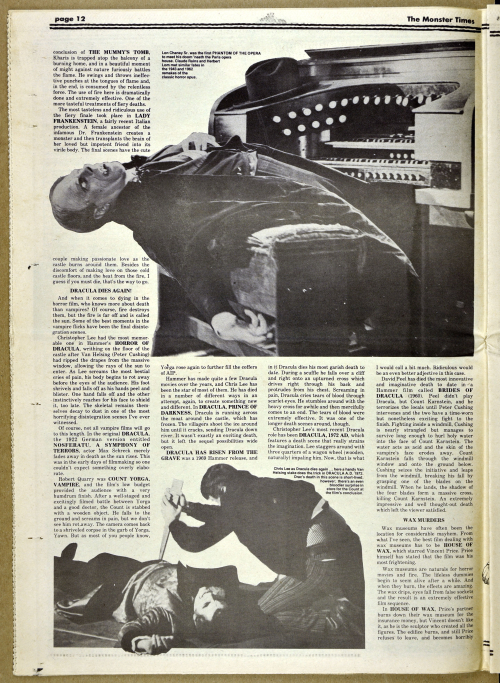 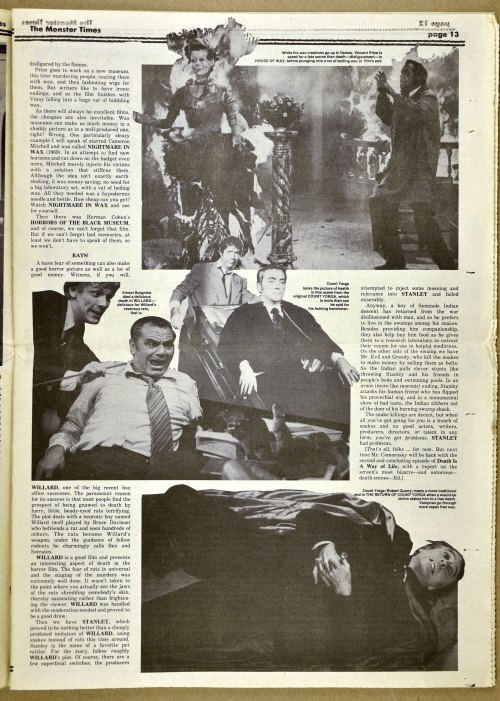 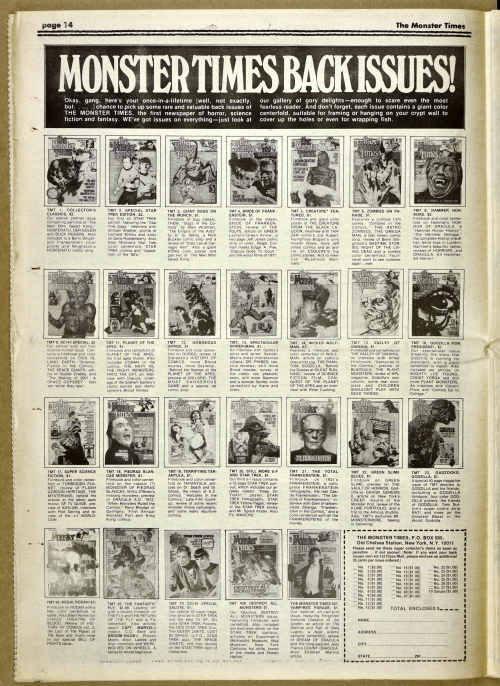 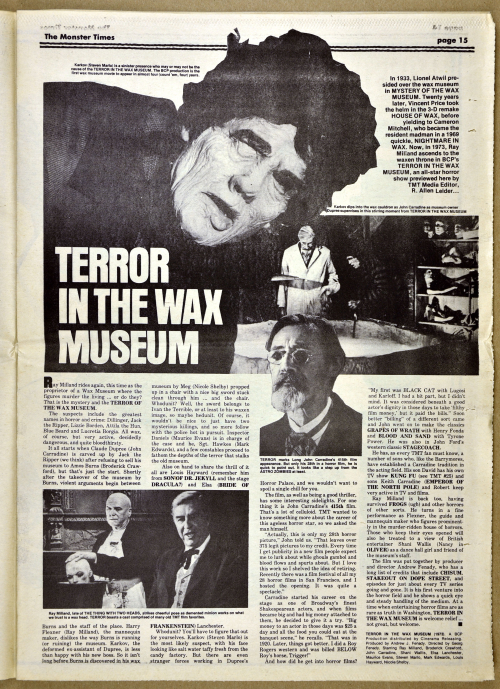 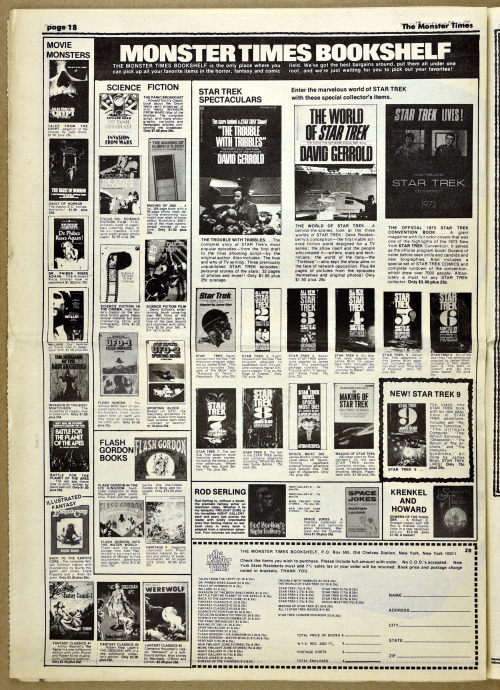 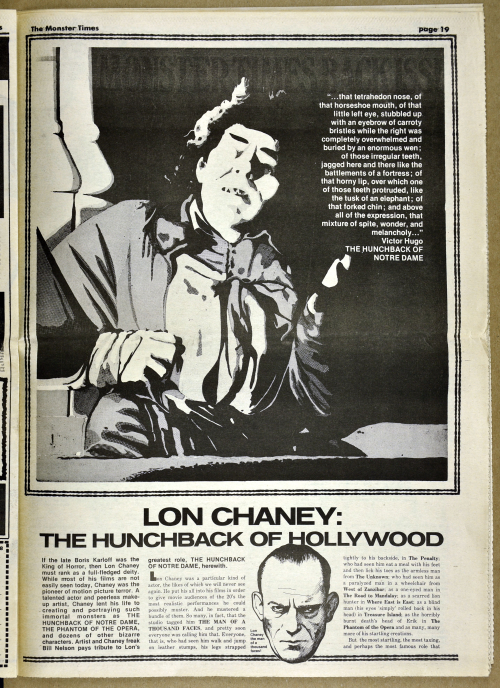 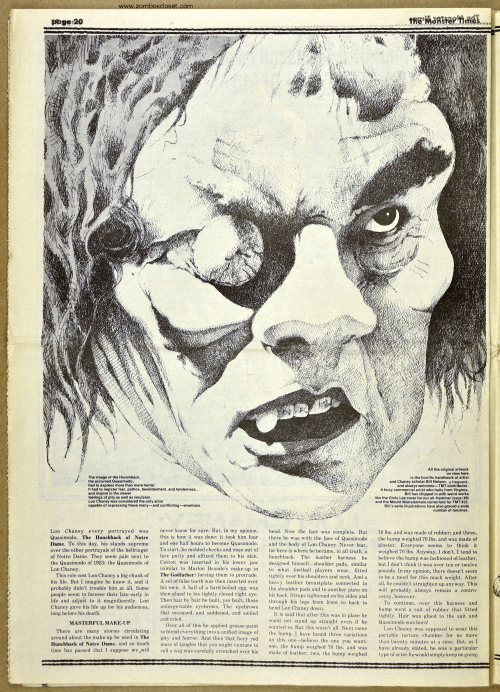 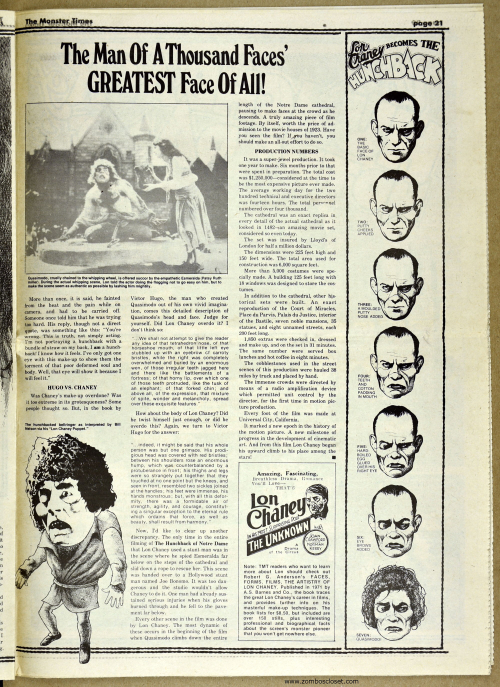 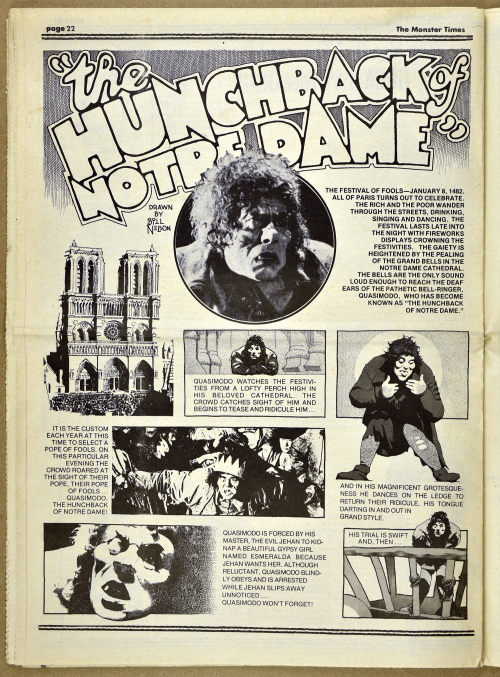 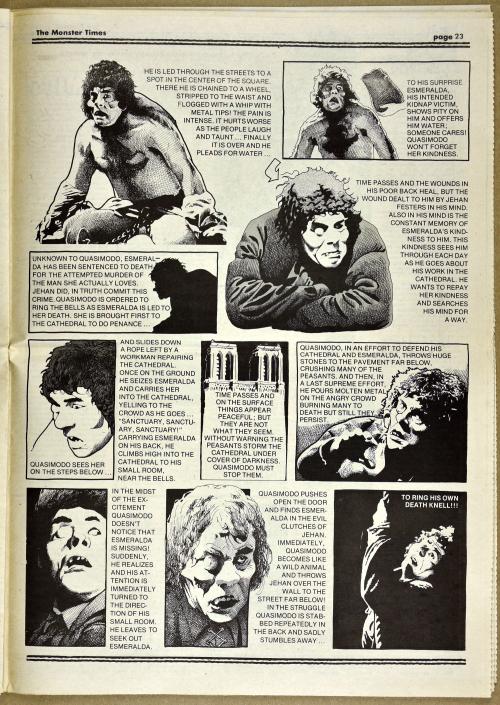 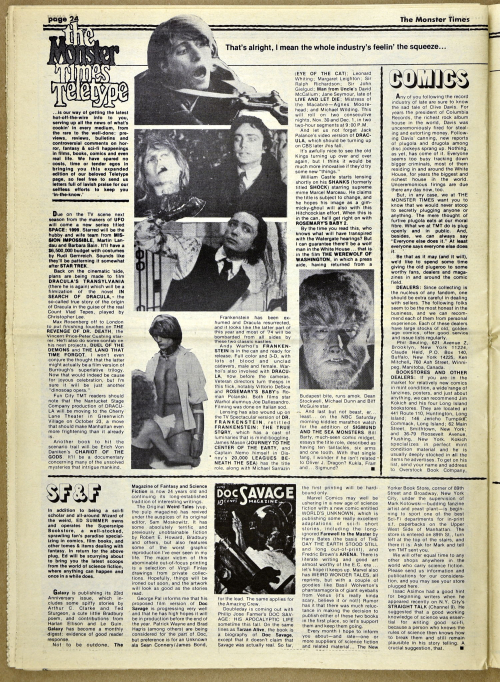 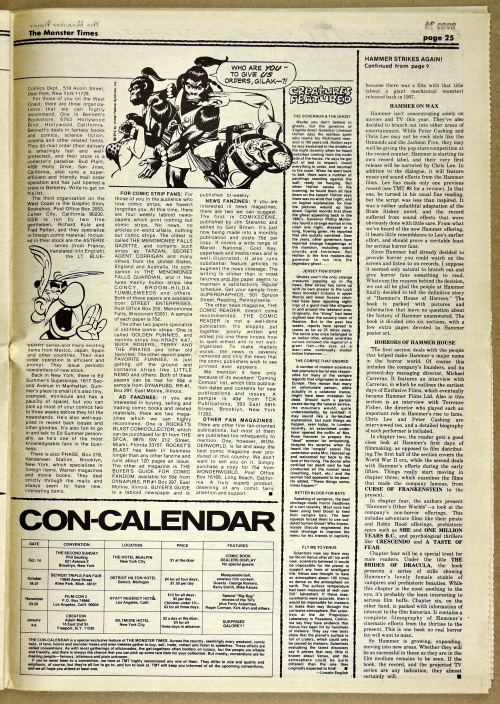 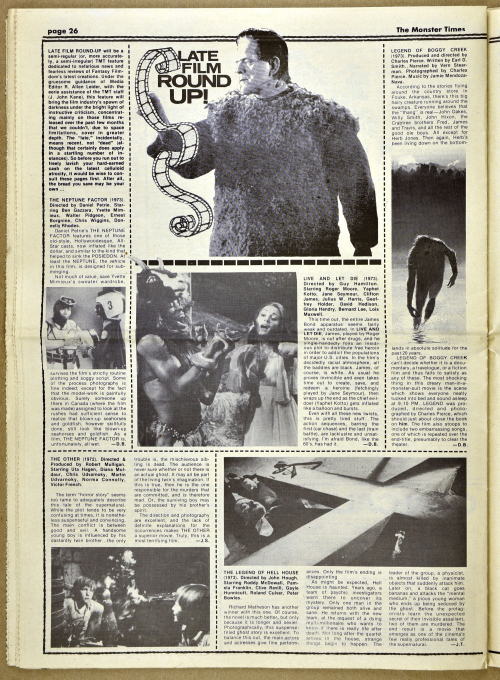 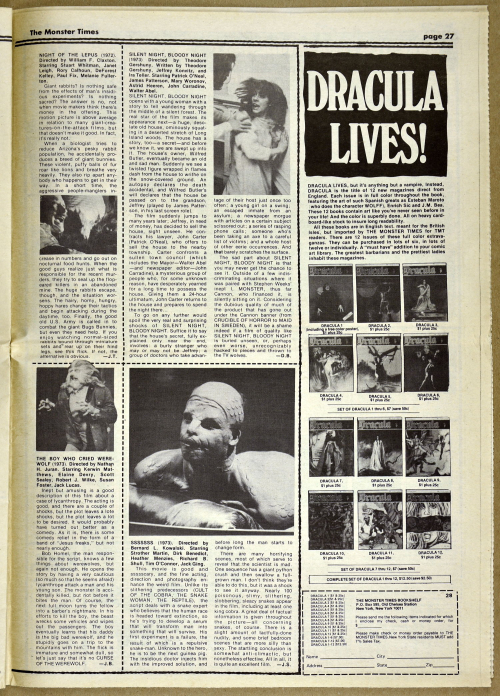 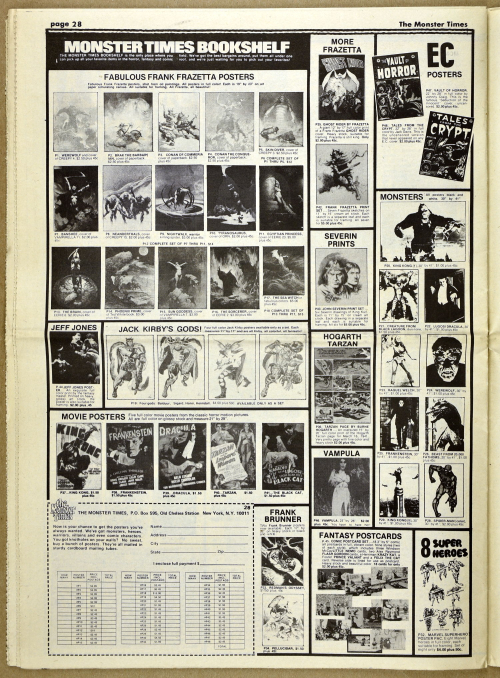 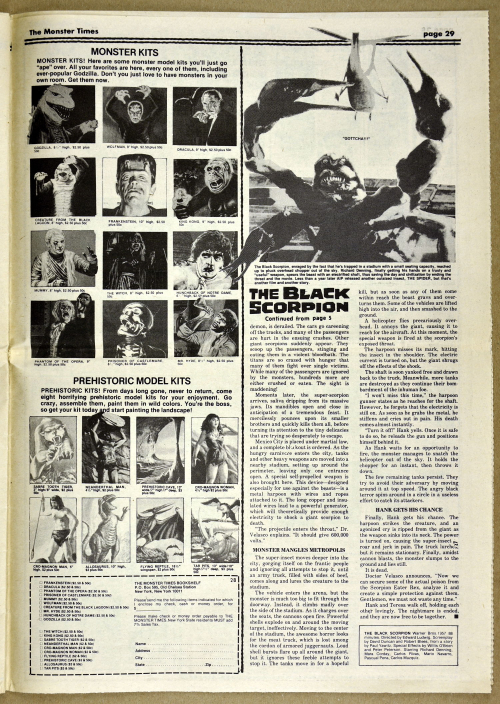 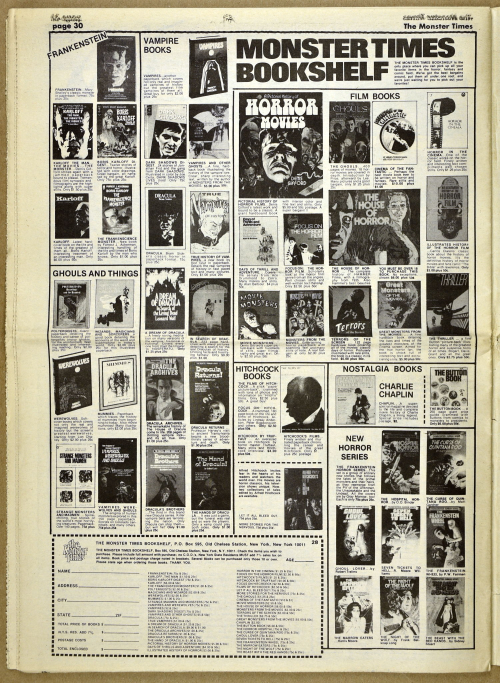 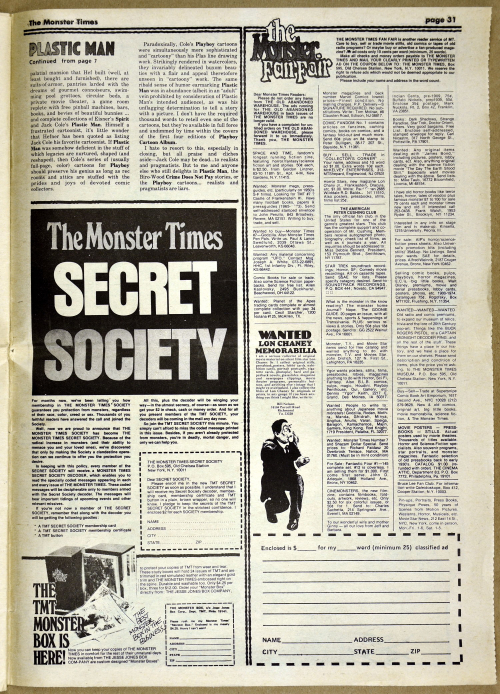