Here's an unsung horror movie for you. Sure, show up at a Monster Bash convention and you'll trip over Universal Studios acolytes ten deep, but outside of such conventions,  House is mostly empty of tenants.  But it shouldn't be. While Universal capitalizes on the Dracula name, it's the Wolf Man who steals the show in this movie and in House of Frankenstein. I still don't understand why the "hunchback" is portrayed as a monster. Her character's backstory would have made an interesting third entry as House of the Hunchback But the Wolf Man's in It Too. Here's the pressbook. I love the First Aid for Shock promotion gimmick as well as the other showmanship ideas. Following the pressbook is the multi-page admats insert showing the various sized newspaper ads. 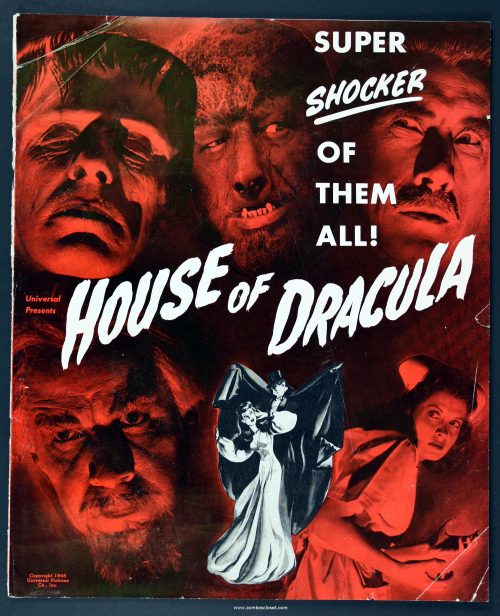 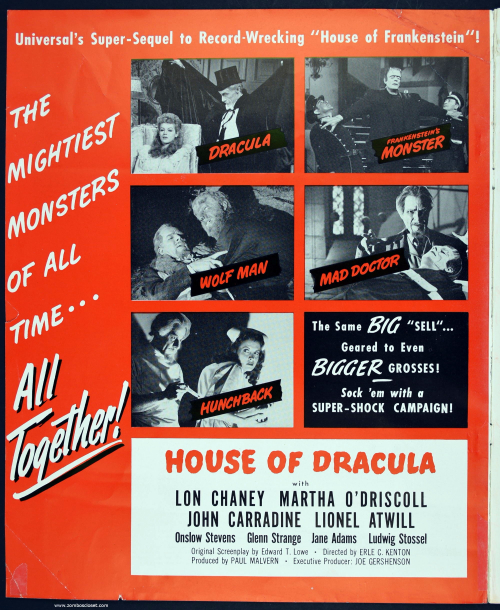 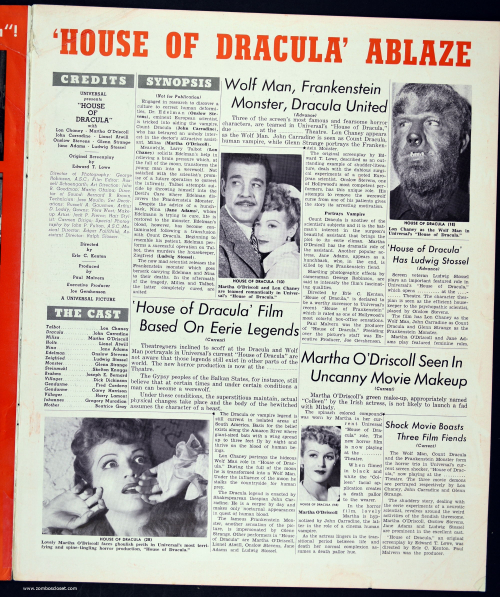 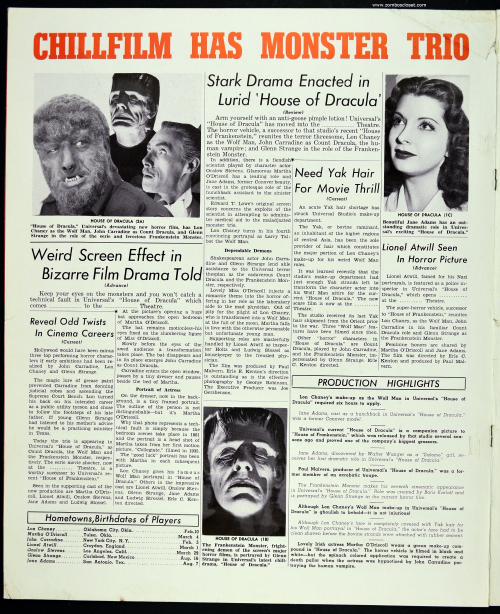 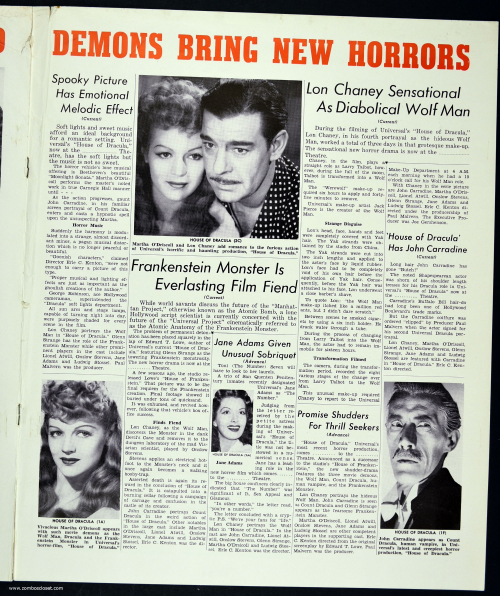 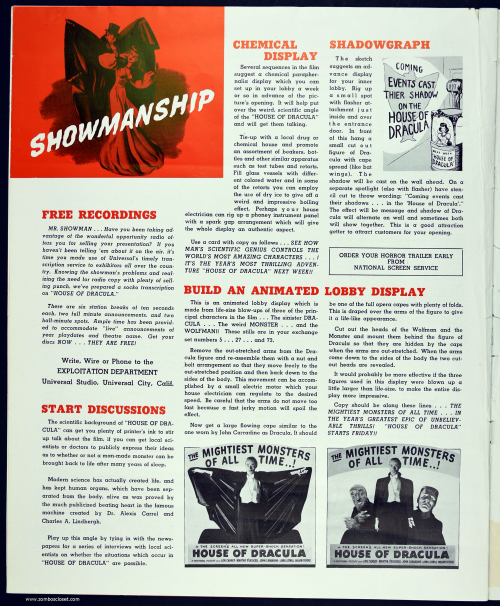 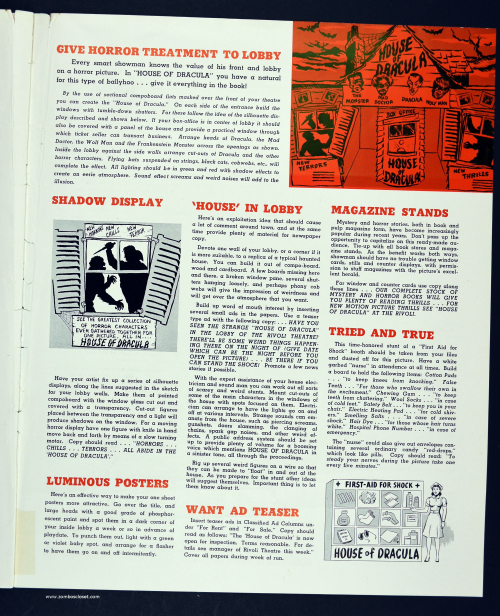 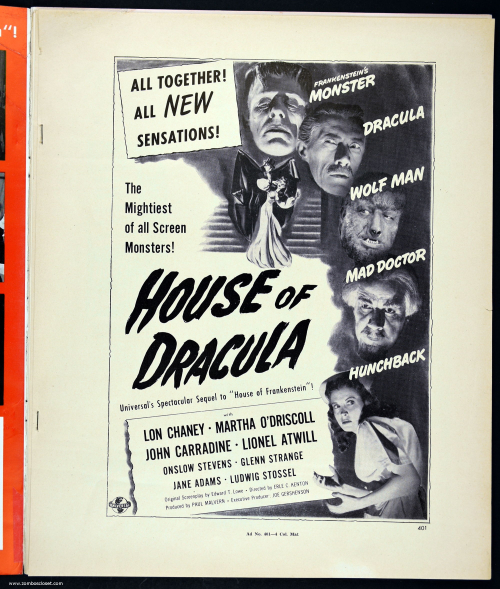 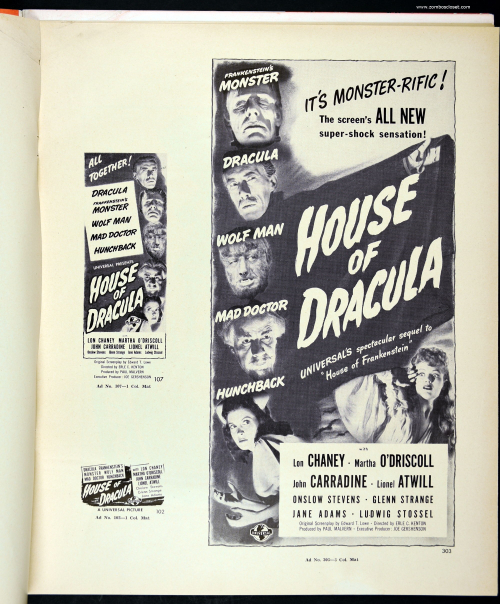 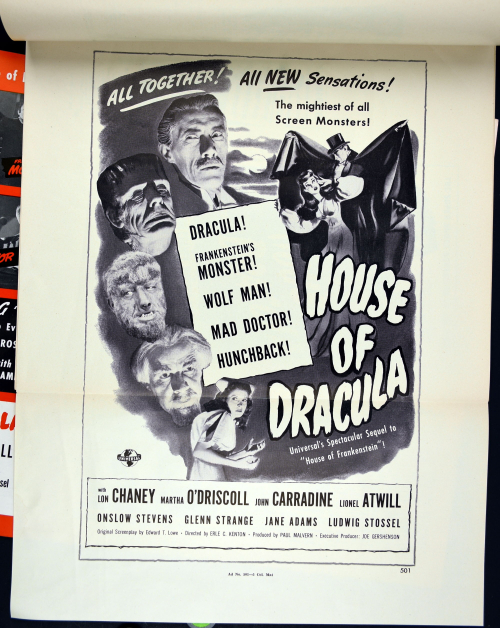 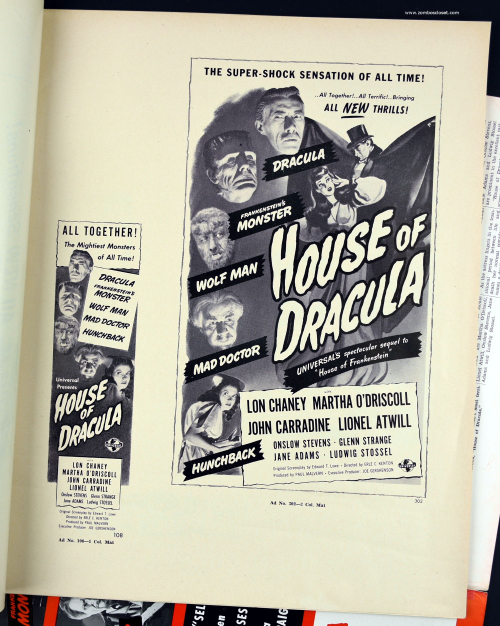 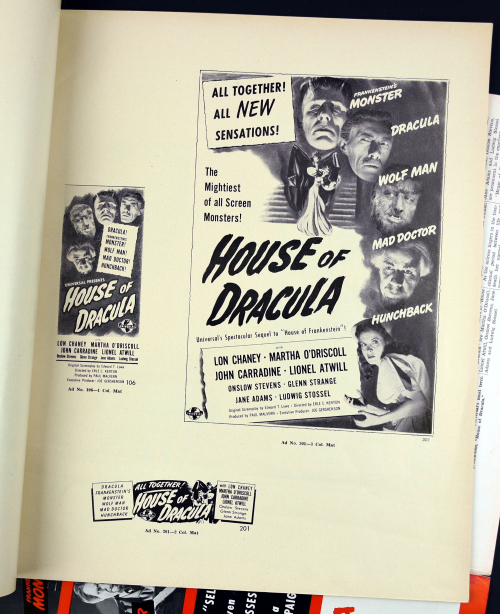 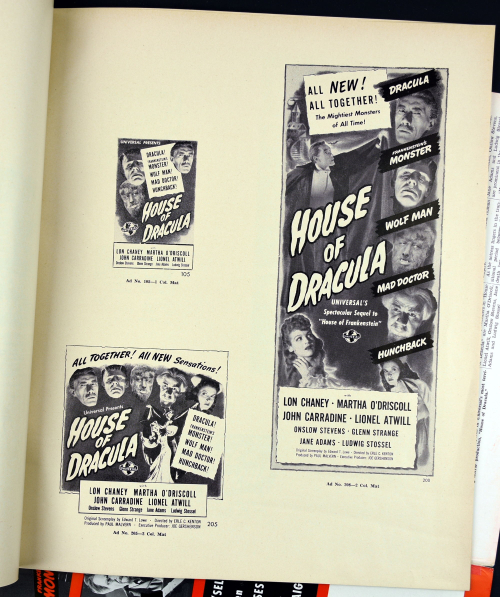 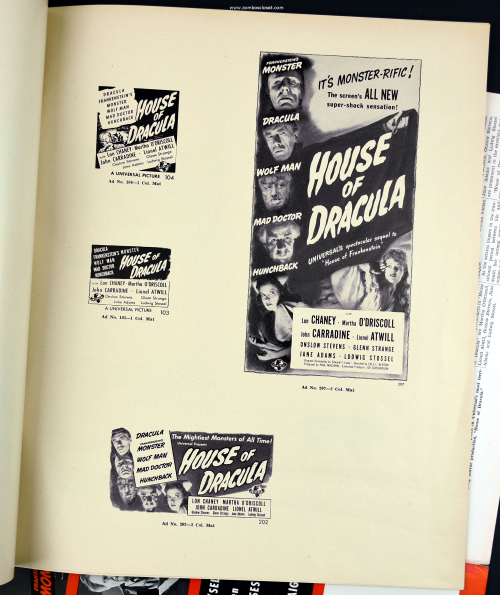 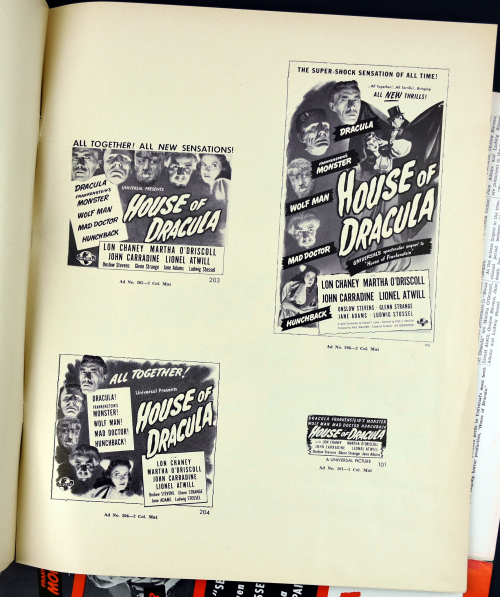 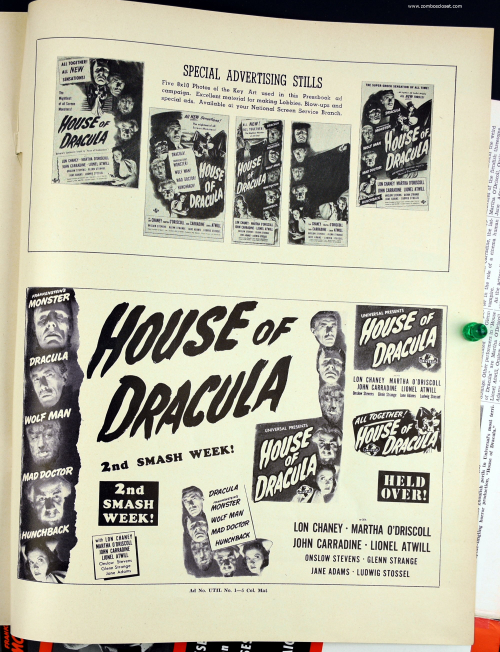