This is the last team-up movie for  Capulina  (Gaspar Henaine Pérez ) and Viruta (Marco Antonio Campos). They were similar to Laurel and Hardy in their physical makeup, but their characters were somewhat different in their comedy dynamic. IMDb notes the two weren't talking to each other during this movie's filming when not in scene. After they split up, Capulina went on to make 58 movies solo (Wikipedia). 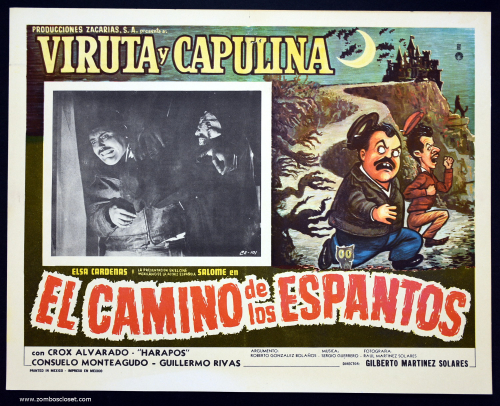 Posted at 07:58 AM in Azteca/Mexican Lobby Cards | Permalink