« Astor Theatre Marquee The Broadway Melody | Main | Tales From The Tomb Volume 6, No. 5 » 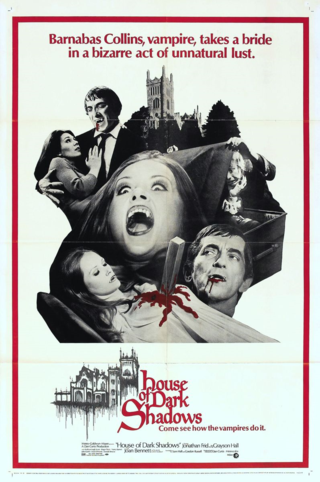 Walk with me, won’t you?

My mom and I are heading to the Benson Theater on 86th Street. We are in Bensonhurst Brooklyn, in New York. The year is 1970, or so, and the day’s light is waning as the evening presses down. The walk is not too far to the Benson and the best thing is that across the street is the Loew’s Oriental Theater, so we always have a choice of movies to see. The Benson isn't ornate like the Loew’s though, just your screen and seats basics, but we do catch a lot of wonderful horror movies there.

I’ll never forget when we saw Vincent Price in The Abominable Doctor Phibes because the theater’s air-conditioning wasn't working that particular summer’s night. It was hot sitting there in the dark. They even kept the front doors open to help cool down the place but that made it noisy every time the elevated train that ran along 86th street screeched past.

But I digress. Memories can do that to you, you know.

We have our tickets! With our popcorn and Cokes we sit in the middle row, about center to the screen. We aren't sitting in the balcony this time around. Man, I love sitting in the balcony; any theater’s balcony for that matter. Tonight we are seeing House of Dark Shadows, the only soap opera my mom and I love watching. Shh! What a pleasure it is not seeing screen messages to turn off cell phones, don't text during the movie, don't read your tweets, don't talk with your mouth full, and--but this is 1970, or so, and...

...Like countless other kids of my generation, I ran home after school, every day, to watch a soap opera that even I could love, Dark Shadows, on television. Now it was a movie! Jonathan Frid’s Barnabas Collins would bare his fangs on the big screen, more blood would flow from his attacks, vividly red blood to boot, and the story’s episodic arc of vengeful curse, supernatural circumstance, and the narrow halls of Collinwood, filled with the dark shadows of Collins Family history, would be hammered into a running time of ninety-seven minutes. Not constrained by television’s censorship, the vampire attacks would be more horrific and the scenes more expansive and atmospheric. I was ecstatic with anticipation.

At first, Dan Curtis, the creator of the series and now director of the movie, envisioned editing “already existing television video material into a full-length feature, as had been previously done with the Man From Uncle, but the complexities of the Dark Shadows storyline would not permit an easy edit for the screen.” (The Dark Shadows Companion). Nor would the video quality variations and continuity problems make it an easy or convincing fit with newly filmed material anyway. Then, finding backers for the movie proved a hard sell. ABC refused to back their own show, even though they were loving the television series audience of 15,000,000 viewers. One misguided producer even recommended recasting the television series stars with other stars, even though David Selby (who played Quentin Collins, another cursed soul in the series) could “draw a million kids to shopping centers.” He played a werewolf, that's why. After Curtis spent two years of shopping the movie around Hollywood, the newly-installed president of MGM, James Aubrey, said “Let’s go,--what the devil are we waiting for?” (TDSC)

Filming the movie over 5 weeks while the television series continued to air was a challenge. On television, the alternate universe storyline, Parallel Time, introduced new characters and provided various plot devices that covered the necessary absence of actors appearing in House. Barnabas was chained in a coffin on television while he roamed free in his cinematic incarnation. That incarnation would be more evil and less sympathetic than the soap opera one, taking its cue from the early days of Barnabas’s entry into the television series to spark flagging ratings. Then, and for the movie, he was “a darker, more Hammeresque vampire Barnabas with no mitigating providence to steer him from his eventual end.” (TDSC) Perhaps this is why ratings for the series dropped a short time after the very successful movie painted a more brutal and evil antagonistic vampire than what viewers of the television show were happier with? Or perhaps because Curtis killed off just about everybody in the movie? Awkward.

The Lyndhurst Estate in Tarrytown, New York, would become the new Collinwood. Curtis, his production team, and the actors had to film around the regularly scheduled tours of visitors to the mansion (a National Historic Trust site), but its period rooms made it worth doing so. Money was saved on props and decor because the mansion was already furnished with priceless antiques, rich furniture, evocative paintings, and enough dark shadows of its own to give House an elegance well beyond its small budget. An hour’s drive from Manhattan also made it an easy location to get to for the actors.

Shooting began on March 23, 1970, at the Sleepy Hollow cemetery a few miles away, where an existing mausoleum was dressed over with the Collins Family name. Shooting Carolyn’s funeral there proved a bit more of a challenge than anticipated. A grave diggers strike had caused bodies to be piled into a building needed for shooting. Non-union workers were hired to tackle the growing piles of corpses, but their constant interruptions to carry the corpses out of the building prompted Curtis to finally plead “Can you do that later, please, it’s not like they’re going anywhere.” (The Dark Shadows Movie Book) Additional sets were fashioned out of Lyndhurst’s rooms. The kitchen became Dr. Julia Hoffman’s  laboratory (how can you forget staccato-voiced Grayson Hall?), where she worked at finding a cure for Barnabas’s vampirism (it was a virus! Like the one in House of Dracula. I wonder if she was related to Dr. Edelmann?). The basement became the wardrobe department, and the souvenir shop was taken over by the make-up team. (TDSMB)

The interior crypt scene where Willie Loomis (John Karlen) goes to find treasure, but finds Barnabas’s hand suddenly around his startled throat instead, was shot in an exterior building on the Lyndhurst grounds. Curtis shot 9 hours a day, barring interruptions from the weather, which proved colder and wetter than they expected, and shot day-for-night for the night scenes. While the resulting look on film is obvious, shooting that way did save time and money as night-time shooting requires more set up and lighting considerations. Kathryn Leigh Scott, in her Maggie’s House of Dark Shadows Diary, gives a little insight into Curtis’s directing style: “During the break, I overhear the camera crew talking. One of them says Dan has a great way of bringing unity to the set—everyone hates him. And this is the first day?” (TDSMB) John Karlen had kinder words for Curtis, calling him a good actors director.

The Old House, where Barnabas takes up residence, forcing Willie to restore it to its former glory, was a location at the Schoales Estate in Connecticut. It is here that Carolyn, in a fit of jealousy, invokes Barnabas’s anger and vampiric fury as Willie helplessly looks on. Her subsequent rise as vampire leads to one of the movie’s highlights in its staging and execution, bringing to mind a hint of the Hammer aesthetic. She is eventually cornered by police officers brandishing crosses, overpowered, and held down as Professor Stokes (Thayer David) hammers a stake through her heart. Watch this scene closely; you will notice Curtis cuts away just before Stokes brings the hammer down on the stake, then cuts to the stake in her chest, with suitably bloody results. Thayer David would not hit the stake hard enough, so after numerous takes Curtis gave up pleading with him to hit the bloody thing harder and decided to get the best take he had and fudge it with editing. Lost in the editing, also, was why the police suddenly become believers in vampires.

Perhaps more noticeable than it should be is Curtis’s approach to editing, with additional help from film editor Arline Garson (although her only editing credit on IMDb is for The Beatles at Shea Stadium (1966). An odd thing happens as you watch the story unfold past the first 21 minutes. Scenes are cut so that they don’t quite match in spacial and time relationships, appearing too brief in some cases. It’s as if Curtis decided to trim seconds here and there, but instead of tightening the pacing and reinforcing the structural logic of events, he causes a hiccup effect, making his match cuts almost appear to be jump cuts. Dark Shadows fans could easily fill in the fractional timing gaps with their memories of the television series. New viewers may find the editing a bit disconcerting. Overall, it creates a rushed story that could have used a few more minutes to flesh out events more clearly. The studio didn't pressure him to shrink the movie's running time, that would come later with Night of Dark Shadows. Perhaps Curtis, coming from television, subconsciously worried about bridging through non-existent commercials?

One cannot mention the Dark Shadows movie without bringing up Dick Smith’s wonderful makeup effect for the aging Barnabas (a favorite scene for monster magazines of the day). After Julia becomes miffed at his preferring Maggie over her, she slips a mickey into his hypodermic needle used to deliver his anti-vampire dose. This causes Barnabas to age to his true life span of 200 years in a few seconds. Of course, he still has enough energy to throttle Julia to death with his withered hands in his rage. To accomplish the extreme aging for Jonathan Frid, Smith used the bald cap he designed for Dustin Hoffman in Little Big Man, then, under Curtis’s suggestions, added a stronger veiny and mottled look to Frid’s facial features; more effort was put into this effect than was done in the series episode that showed the same plot twist. The transformation effect is startling. Combined with Robert Colbert’s signature music for the series, with additional scoring taken from his The Strange Case of Dr. Jekyll and Hyde (1968), it works perfectly. Curtis insisted Colbert, who wanted to do original music for the movie, use his previous work instead. Curtis even went so far as to edit to the pre-scored music, which may account for the jarring match cuts.

“At a boy, Willie!” yells my mom to the theater screen as we watch House of Dark Shadows. Willie is doing his best at being Willie (helpless and frantic) and she enjoys watching him sweat. But Willie redeems himself at the end, driving a really big arrow bolt into Barnabas’s back and up through his chest. The scene unfolds in slow motion, the music is poured on, and soon the credits roll. Hey, what’s that bat doing flying out of the spot where Barnabas collapsed? Does that mean a sequel! Sadly, the planned sequel wound up like so many ideas in Hollywood: somewhere between the bedroom and the driveway, and a different story took over the next Dark Shadows movie.

We leave the theater, fully satisfied, and looking forward to the next horror movie to play at the Benson. Well, okay, maybe not Frankenstein Meets the Spacemonster, but sure, any other horror movie. What? You need to head back ? Okay. Thanks for joining us.

Let’s get together again real soon.