Monster From Green Hell
And Half Human
Double Bill Pressbook

You can see the movie theater herald for this double bill here. And if you have a comic reader, here's the cbz file of this Monster From Green Hell and Half Human pressbook. MFGH also appeared with The Brain From Planet Arous (one of my favorites!). According to the DCA Wikipedia entry, "among the last films DCA distributed were Half Human (1958), The Strange World of Planet X (1958), The Crawling Eye (1958), and Plan 9 from Outer Space (1959). 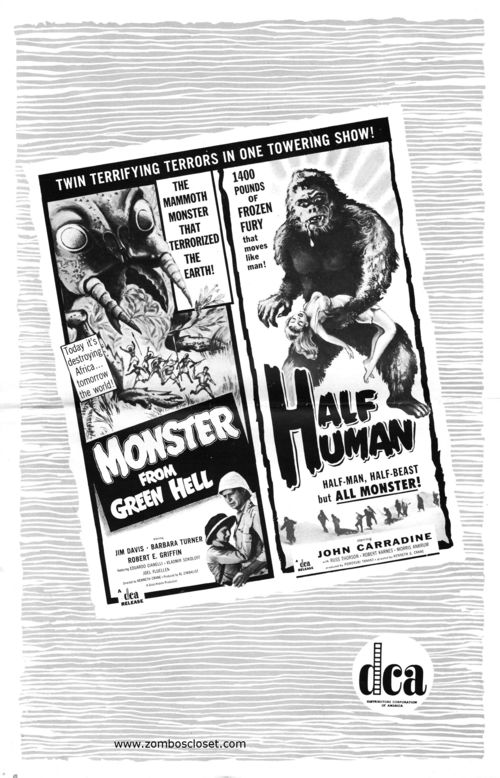 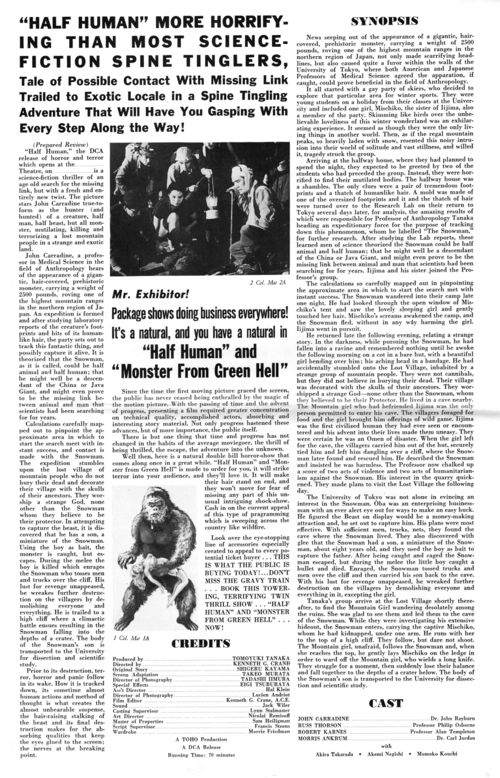 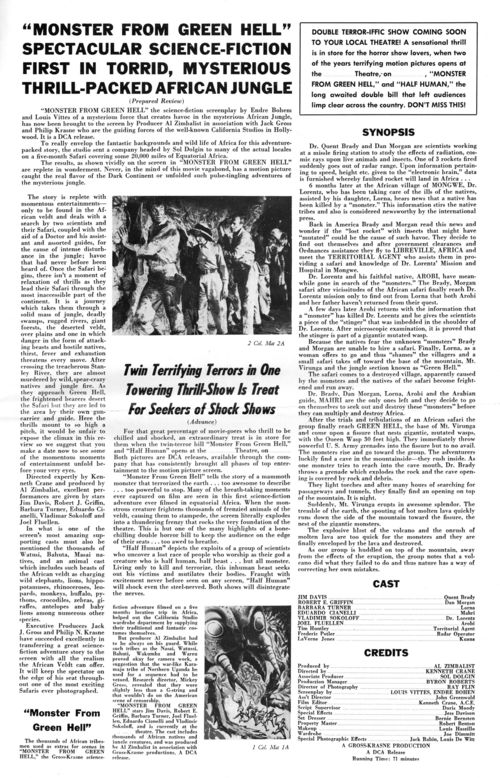 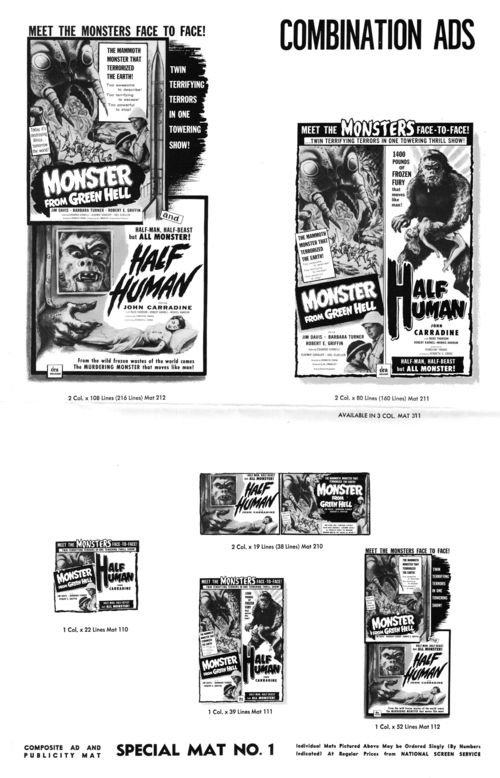 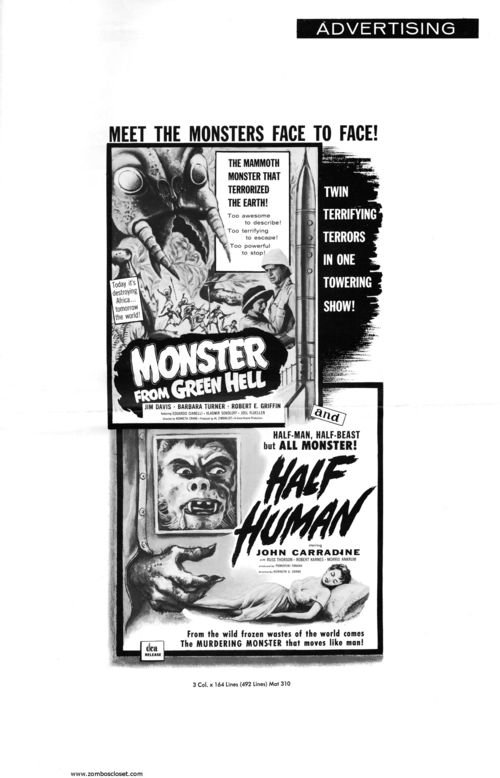 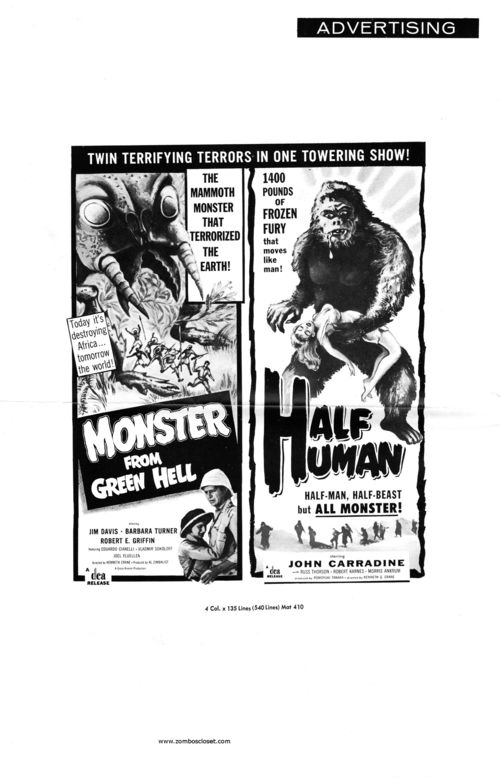 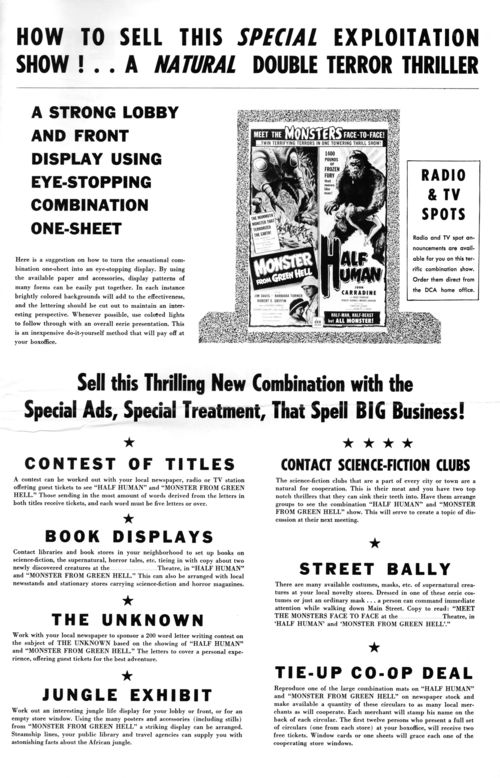 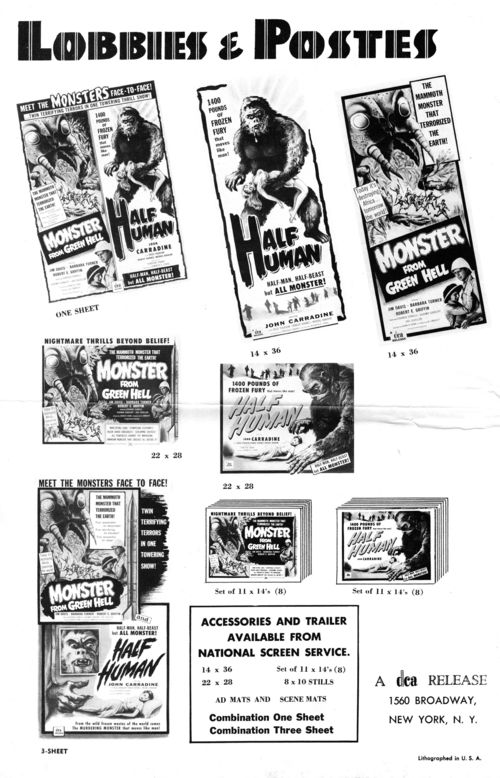 Posted at 09:51 AM in Pressbooks (Horror, Sci Fi, Fantasy) | Permalink