Here's the second half of Monster World Issue 1 magazine (aka Quasimodo's Monster Magazine). A few funny-photo-captions, a Find a Monster Puzzle, and  nods to screen vampires and Avco Embassy's television series, Nightmare Theater, fill this second half. Oh, and I shouldn't forget to mention the 70,000 Year Old Teenager, Korg, and the ad for Sun-Flower, the Chinese Handmaiden Doll every horror fan would want to own. At least this second half of the magazine has more ads suitable for monsterkids, like the Night Gallery and monster-sized Quasimodo posters, as well as the fine craft books on dress design and basic knitting. I wonder how many cosplayers started this way? 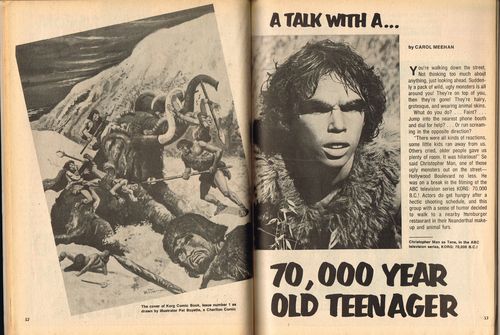 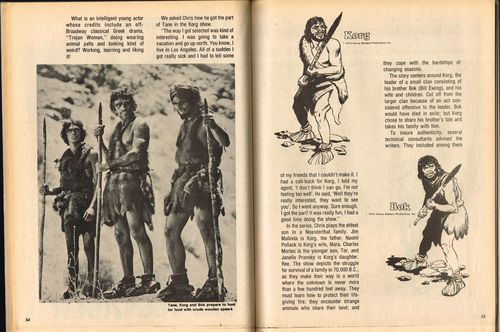 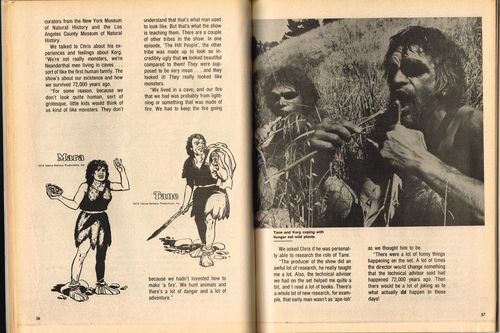 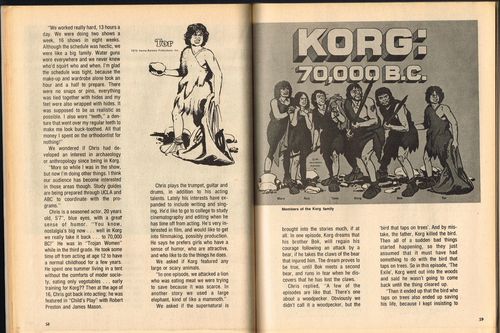 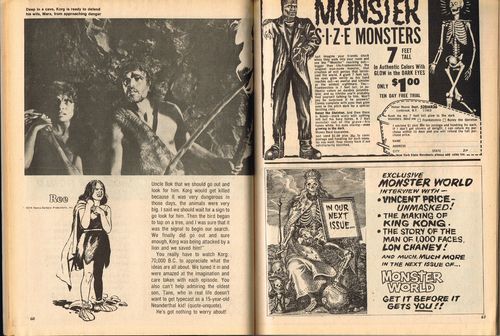 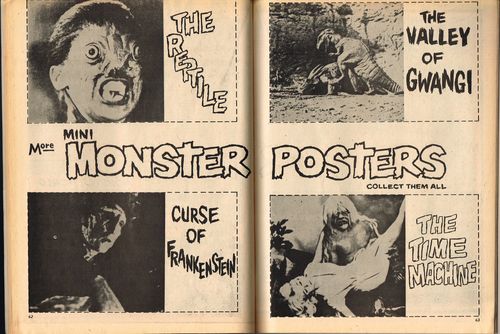 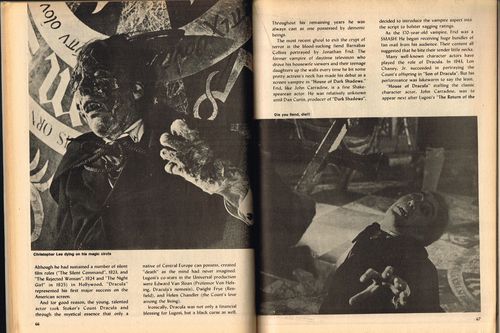 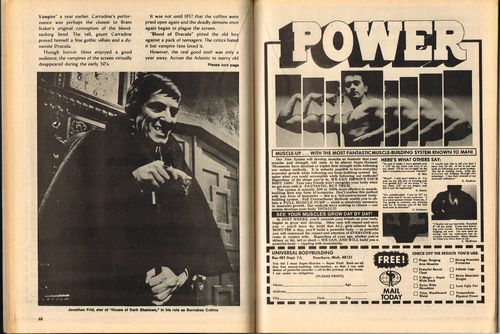 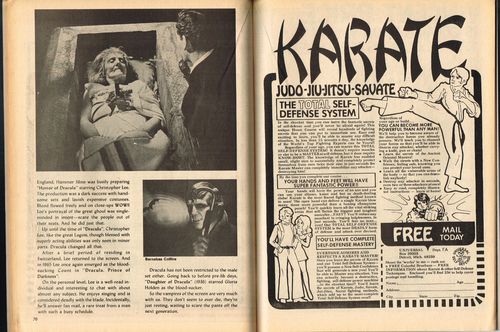 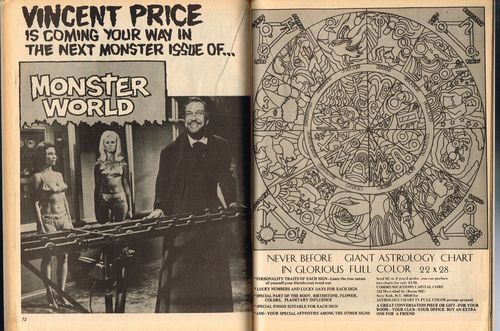 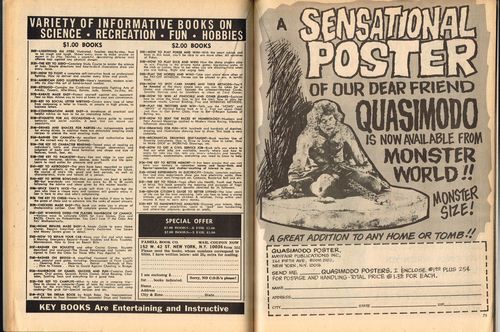 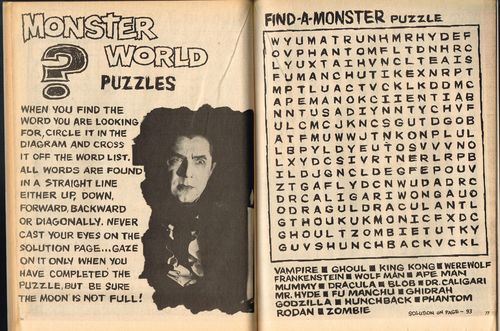 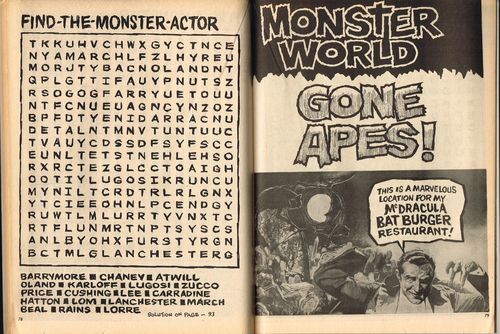 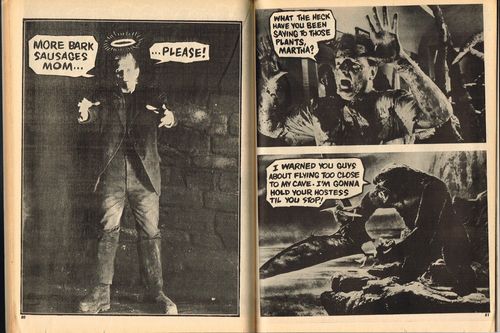 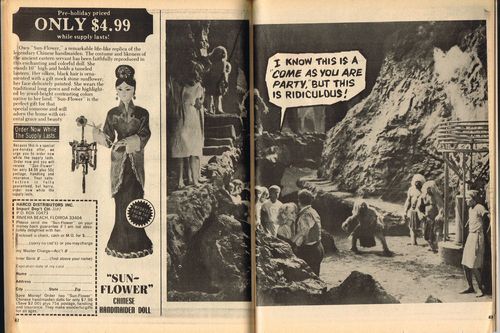 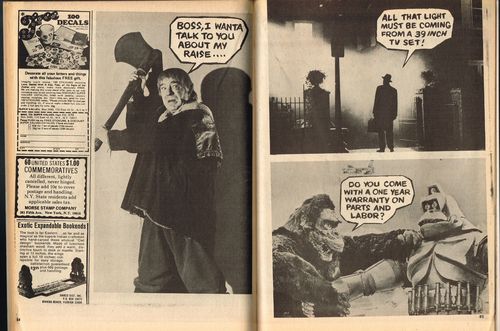 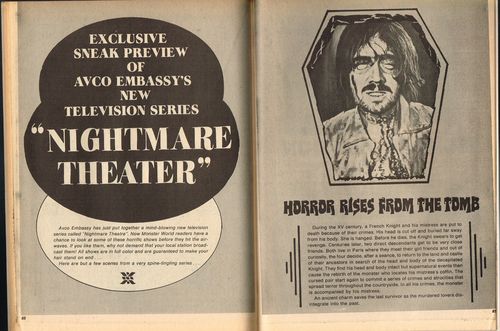 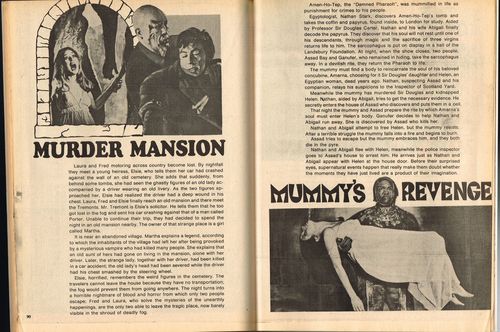 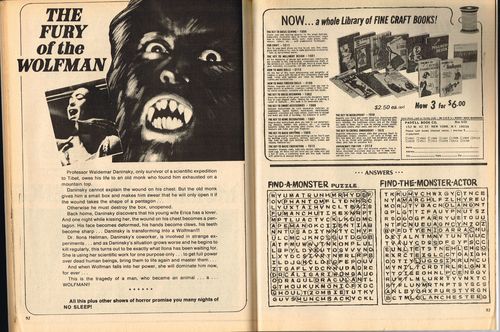 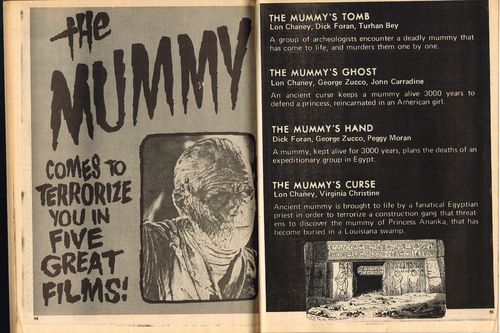 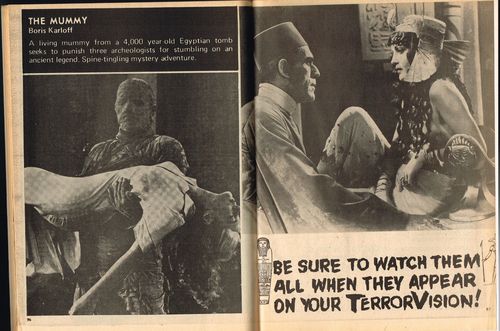 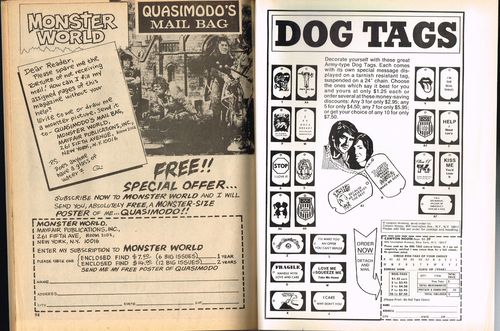 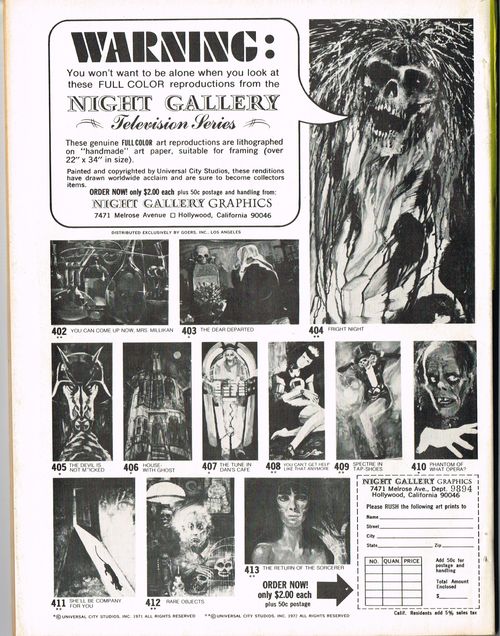 Posted at 11:55 AM in Magazine Morgue | Permalink

Wow, this is pure gold. Thanks for sharing it.

years ago someone on the internet gave me a download file of all the original night gallery paintings/jpegs.. i have them on a disc & I just love them, I searched today but only found this article about the artist with tiny little images :(
http://www.tvtimemachine.com/190/the-paintings-of-night-gallery-interview-with-artist-tom-wright
the intro to that show scared me so much as a kid i could never actually watch the show.. lol

I would love to find those Night Gallery posters. Wish I had the sense to buy them back then.