After reading Cranston Macmillan's Quasimodo's Monster Magazine chapter in the recently released 70s Monster Memories (yup, shameless plug here!), I dug out my first issue of Quasi's, which was called Monster World. At least for the first three issues, then it changed title to Quasimodo's Monster Magazine. It's a lot of pages if little else, but there's a charm to its simplicity (okay, poor layout and cheap printing). The covers were always to die for. In this first half of the magazine you'll read about Kolchak, The Night Stalker, The Monster Comics World of Jose Delbo, and Frankenstein, Through the Years. But nevermind that. What's really killer here are the advertising pages: you can drown your plants with love by giving them Water Stiks, stay healthy with Arco books on fitness, buy $20.00 sport action watches, plug in the miracle TV antenna (I can tell you from personal experience it sucked), and grab a fine collectible Chinese Doll (but that's in the second half of the magazine, which I'll post shortly). While other horror and monster mags had copious ads for fan-favorite merchandise, this first issue went for the wrong target audience. How terrifying!. 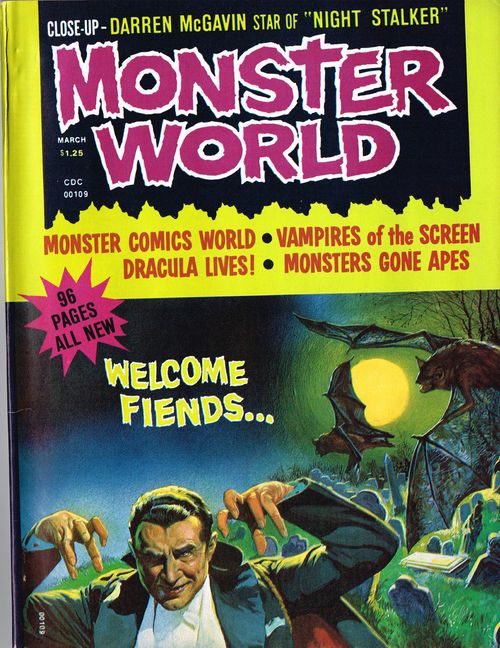 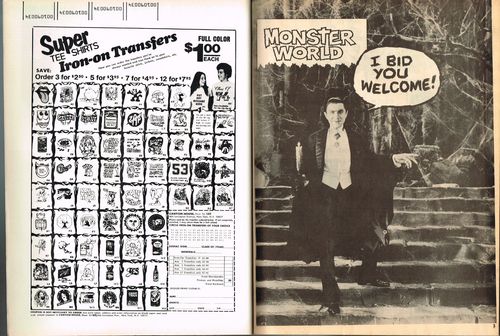 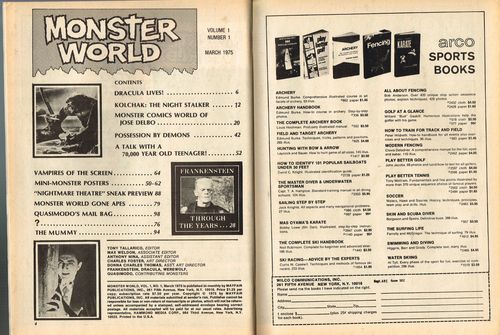 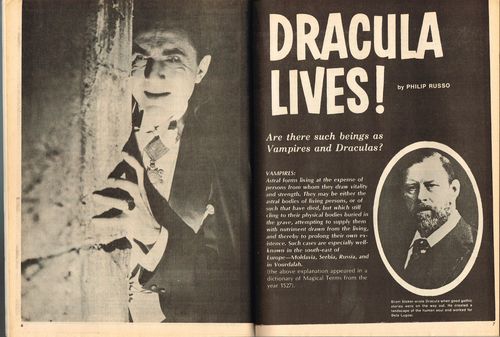 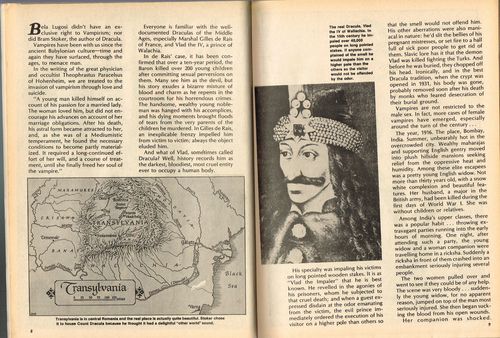 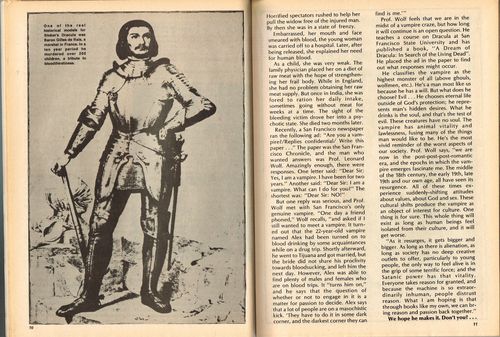 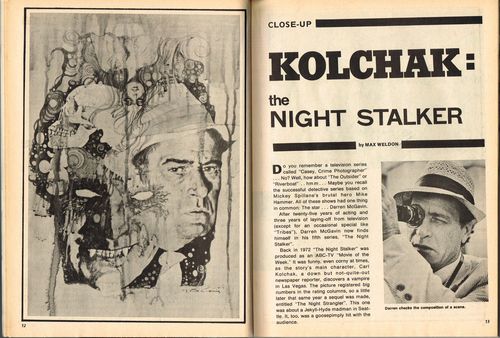 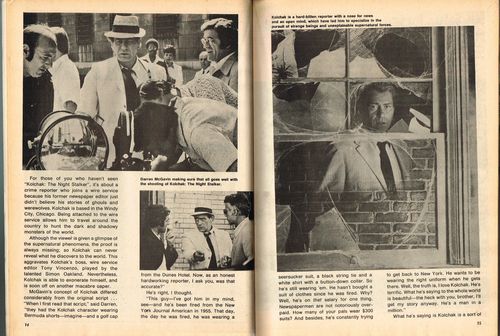 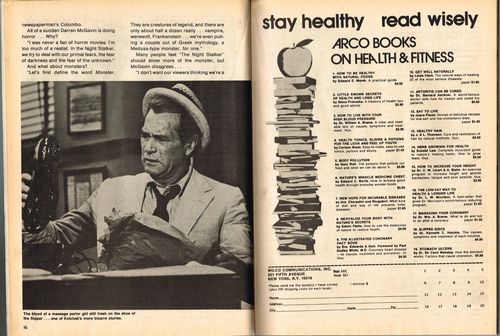 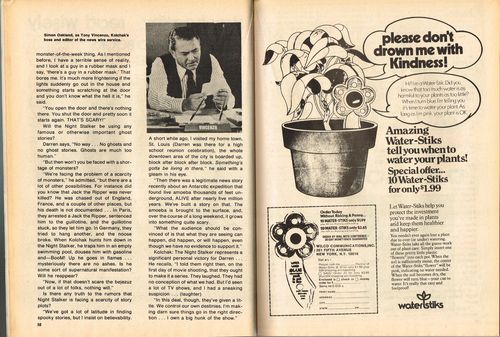 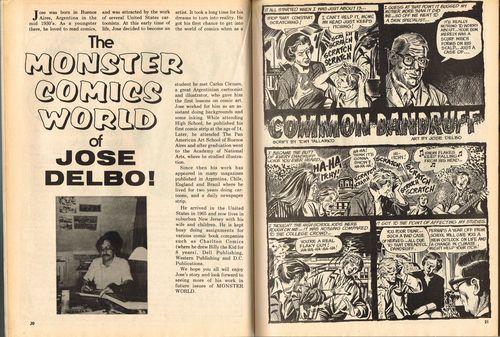 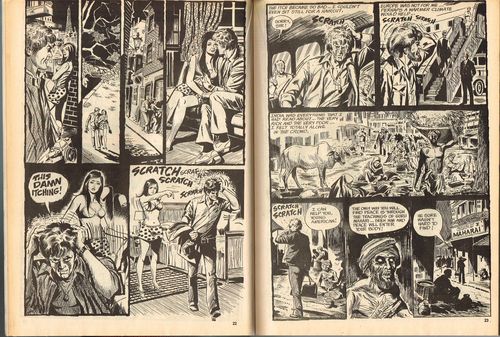 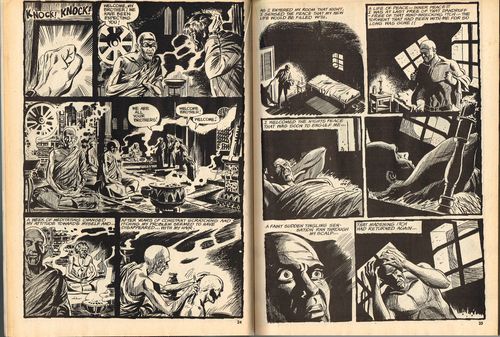 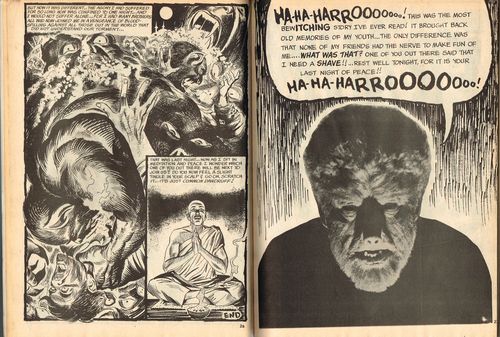 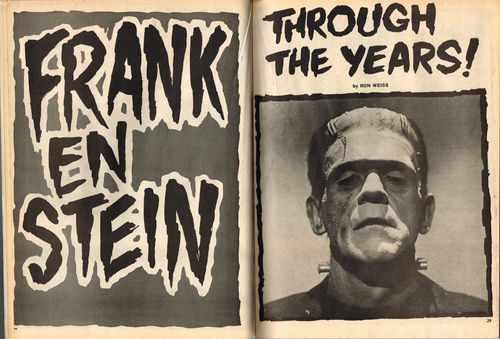 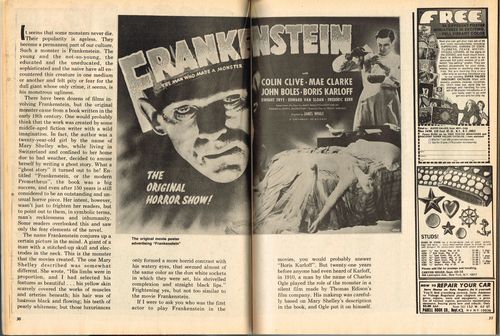 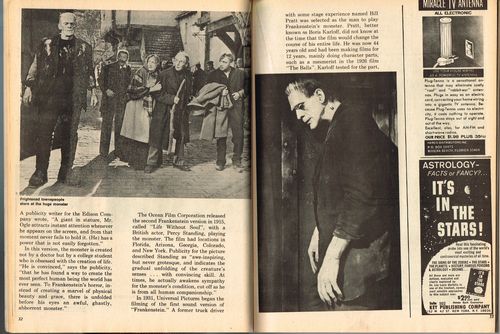 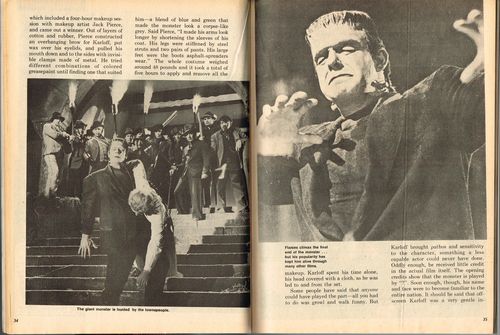 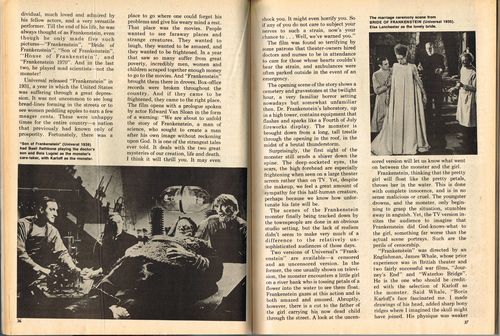 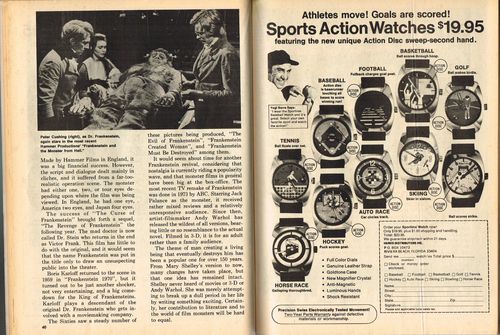 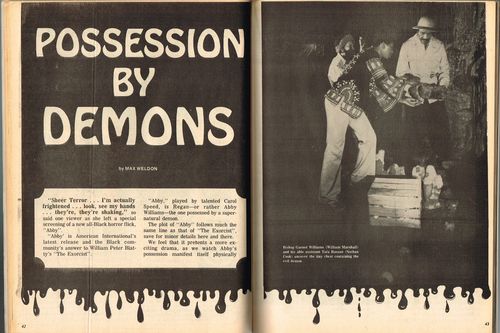 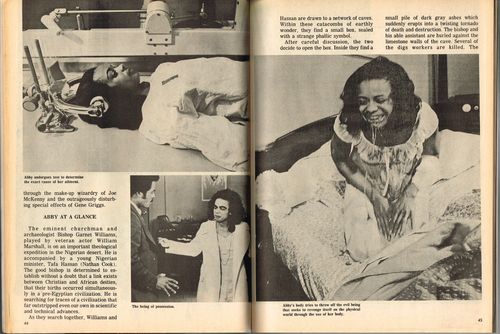 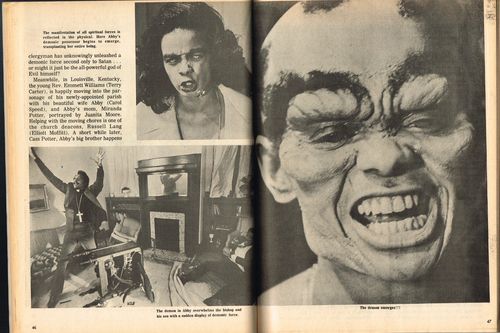 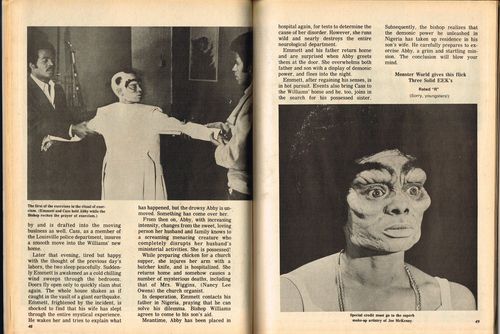 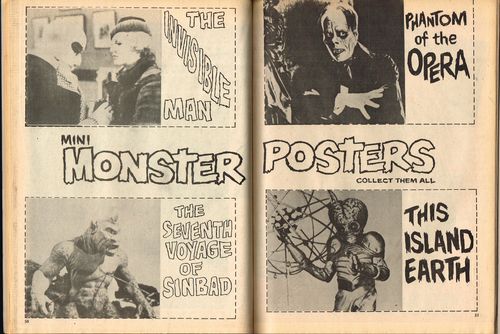 Posted at 11:25 AM in Magazine Morgue | Permalink

Thanks, my pleasure. I've got a closet full of magazines to post this year :)

good stuff ~ thanks for sharing this!