Here' the Mexican lobby card for The Empire of Dracula (El Imperio De Dracula, 1967). The sexuality of the vampire began with Bram Stoker's seminal work, then materialized in cinema with Bela Lugosi and Christopher Lee's portrayals, and was beaten to death with a stake by various horror movies ever since. 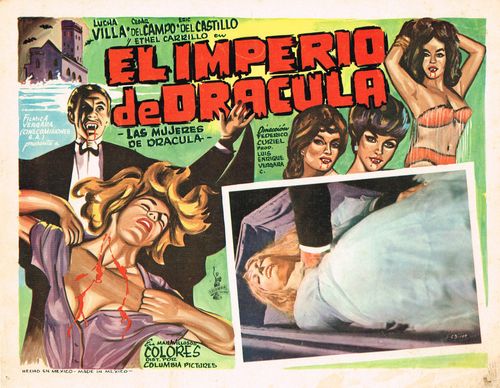 Posted at 08:15 AM in Azteca/Mexican Lobby Cards | Permalink