Spotted this on eBay. Mattel's Bats in Your Belfry is one of the quintessential games monsterkids played with, and lament not having held on to. Here's a description for newbies from a Hake's auction.

Main portion of game consists of 15" tall molded plastic castle w/spring-loaded launchpad that would toss any of the 24 included plastic "Vampire Bats" into the sky. Object of the game was to drop one of the two included heavy metal balls into castle to activate spring-loaded mechanism and catch as many bats as possible w/the two provided plastic skeleton hand scoops. Castle has exterior pegs to hold bats and comes w/eight "Diet Tokens," plastic discs w/monster face on one side and either "Vampire Bats" or "Giant Bats" text on reverse. Game is for up to four players and comes w/four pegged racks to place your bats on. 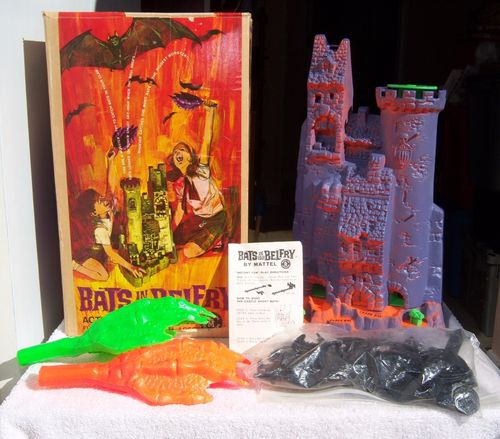 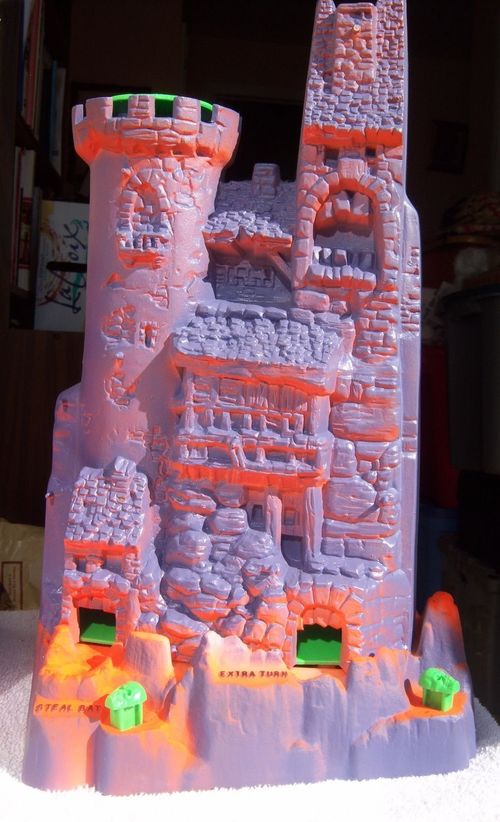 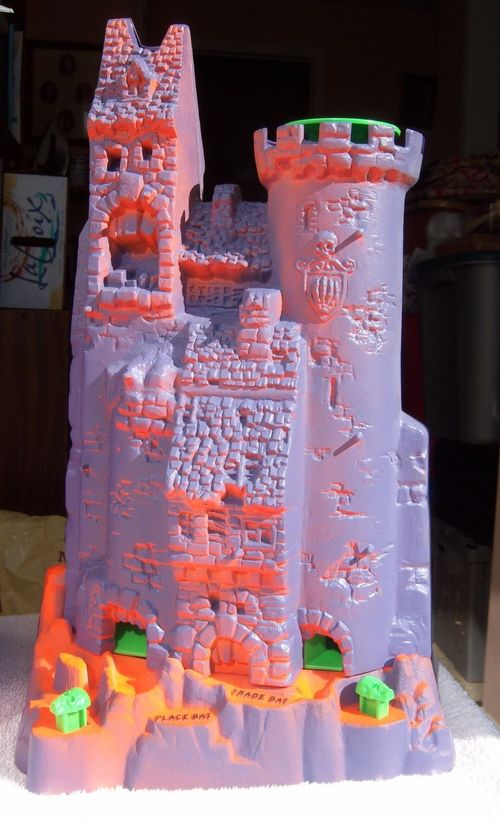 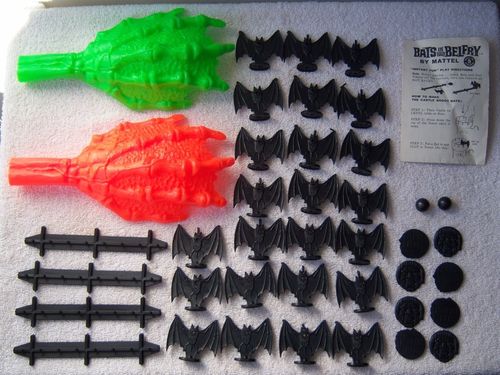 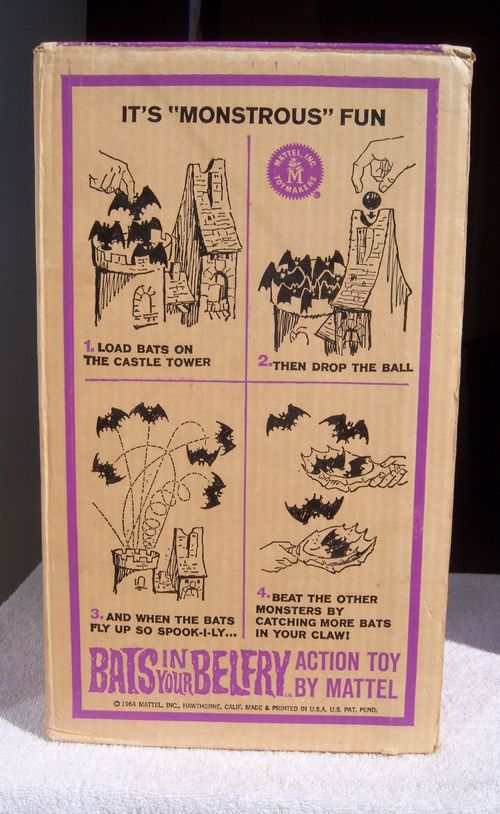 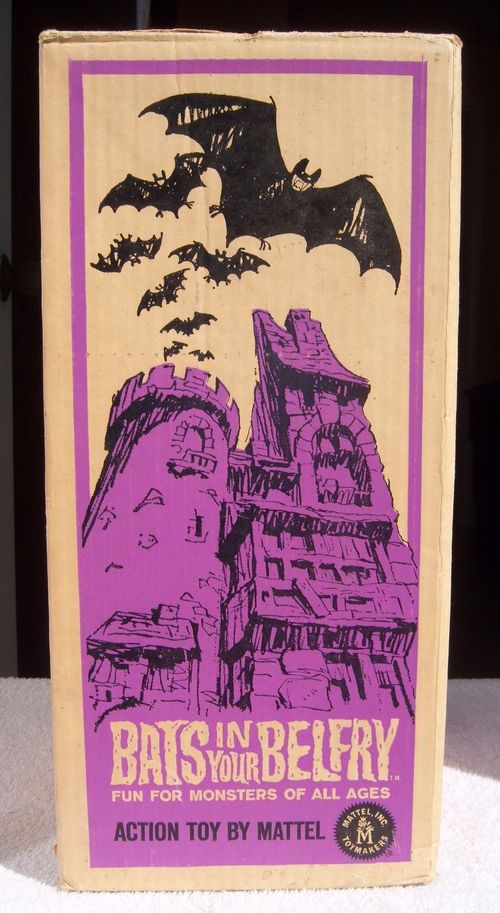 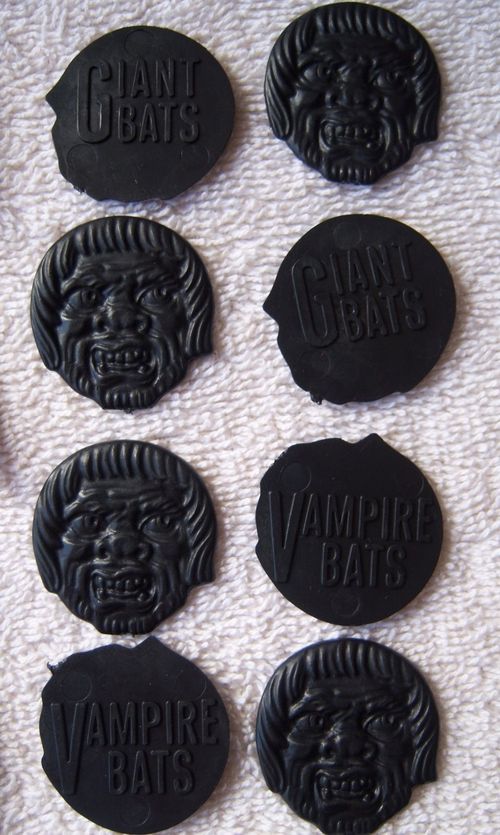