One of those movies that's unforgettable for its rough edges as well as its influence. Dead people rising up, possessed by aliens intent on destroying the world. The shambling ghouls are said to have influenced George Romero. And the setpiece with people trapped in a military bunker, besieged by the walking dead, and their experimentation on one captured animated-dead individual to find a way to stop them all, is familiar to anyone who has seen Day of the Dead (1985). 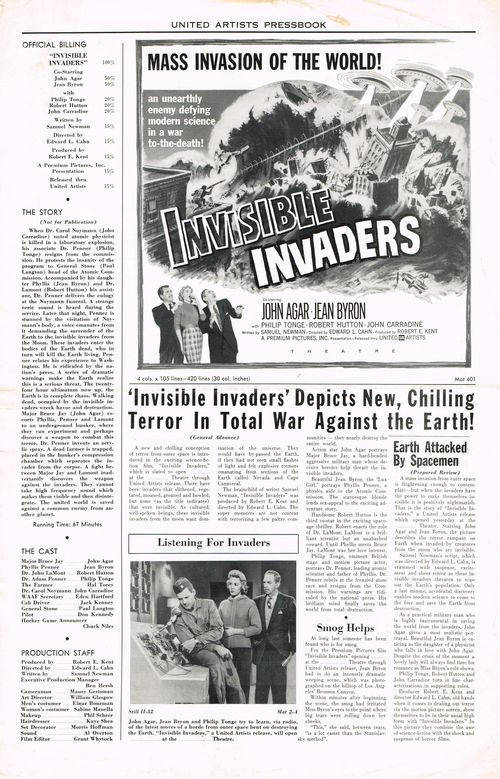 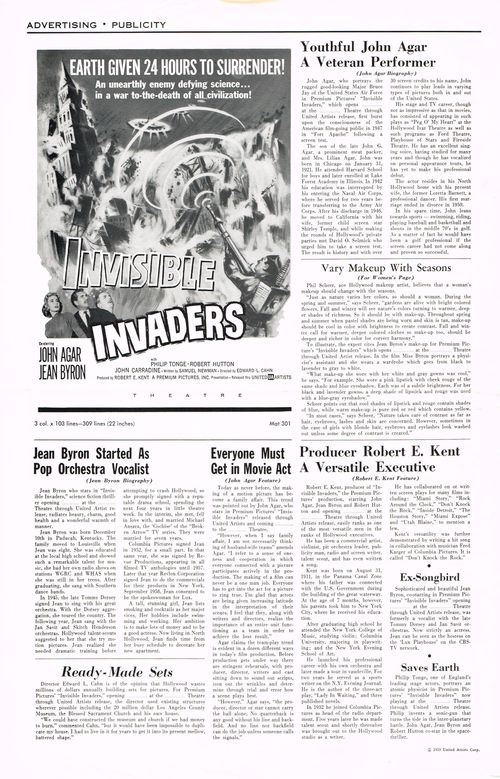 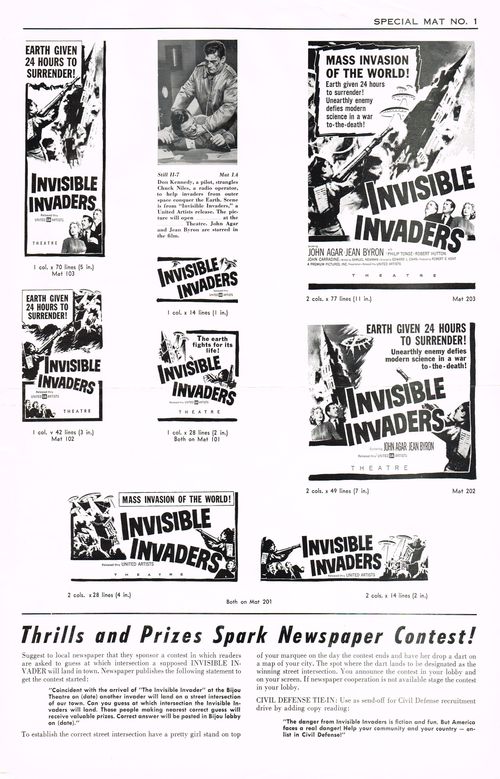 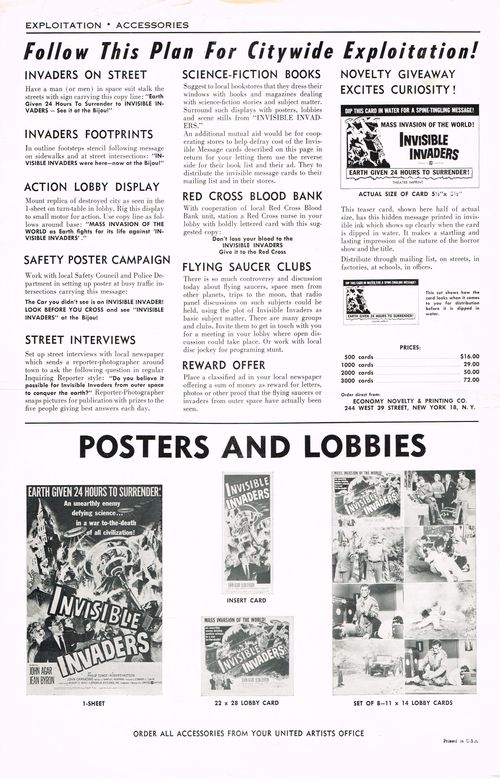 Posted at 10:20 AM in Pressbooks (Horror, Sci Fi, Fantasy) | Permalink