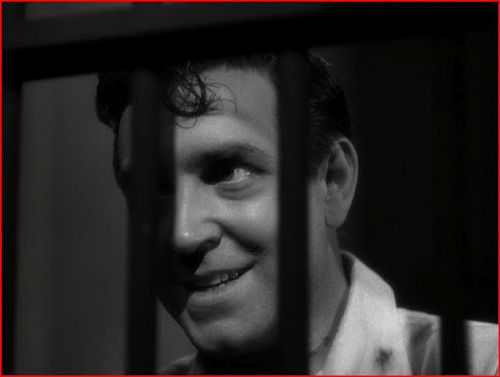 We had finished watching Son of Dracula in the cinematorium. It was half-past midnight, and I had prepared our third round of New Orleans Fizzes, going a little heavier on the gin and somewhat lighter on the tonic.

"Son of Dracula does not receive the attention it deserves because," said Zombos, "as the usual criticisms go, Lon Chaney Jr lacks bite; and he does not have a compelling, accented voice suitable for a Hungarian vampire; and he is too pudgy; and he is not menacing enough, and—"

"True, true, true, to a point," I interrupted, "but this eerie, studiously filmed Southern-Gothic horror noir tells its occult story outside the typical Universal Studios scripting conventions. Instead of lab coats and operating tables, and motivations centered around jump-starting the Frankenstein Monster, and let's not forget those trite, pseudo-scientific explanations provided for supernatural monsters, Son of Dracula oozes inky blackness in its shadows stretching across rooms, enveloping tight corners, and graying the Dark Oaks Plantation's dour, moss-covered swampland."

"And it's also a love story," added Zimba," involving a Gothic-minded woman, Katherine, (Louise Allbritton), whose morbid interests in death and eternal life provide the opportunity that brings Count Alucard (Lon Chaney, Jr) from his blood-drained homeland to vibrant New Orleans. I like that part best!" She sipped the drink I handed her.

"The mistake most critics make when discussing this movie," I continued, "is due to the script's intentional muddling of the name Alucard with Dracula, hinting, fairly obviously—and I blame Universal's marketing department for this--that Lon Chaney is not playing the son, but is Dracula."

"But Katherine does tell Frank (Robert Paige), her boyfriend, that Alucard is Dracula," countered Zimba. "Don't forget she intends to spend eternal undead life with Frank, after he kills Dracula, of course. So is the title Son of Dracula worthless? How about Dracula Reverses Name, Visits America? Would that be more appropriate?" Zimba hiccupped. "Did you go heavy on the gin again?"

"I suggest a different critical approach. First we must dismiss what Katherine said; she's mistaken or delusional and doesn't really know who Alucard is beyond the fact he's a vampire. An idea not all that farfetched when you've already accepted she's marrying Alucard so she can become a vampire, then plans to destroy him so she can put the bite on her boyfriend so they can live happily undead ever after. Secondly, believe the movie title. Count Alucard is not Dracula, he is, indeed, the son of Dracula, metaphorically speaking."

"Go on," said Zombos, finishing his drink. His pallid cheeks were rosier than usual.

"With this perspective firmly in place, Lon Chaney's interpretation of Dracula's son visiting America broadens to encompass fascinating vistas of backstory speculation. Such speculation can erase Hungarian accents and reimagine Alucard's pre-story as an overweight American visiting the Old Country. How he falls under Dracula's spell I'll leave to your imagination, but in some way he inherits the count's luggage, formal evening wear and ring, and heads to America to find new blood, just like his "dad" did in the original Dracula by going to Great Britain."

"Okay, so he has inherited the Dracula curse, so to speak, and travels to New Orleans with the promise of a new bride and fertile hunting grounds?" summed up Zombos.

"Precisely. Now let's examine the merits of the movie without the shackles of all this Chaney's-not-Bela negativity, shall we?"

Zimba started snoring. I may have gone heavier on the gin than I thought. I continued and spoke a little louder.

"For the first time we see the bat to vampire transformation onscreen. Not perfect, but it does look better than when done in Abbott and Costello Meet Frankenstein. Then there's the vaporous transformations as Alucard, and eventually Katherine, flitter about; especially the sequence where Alucard's coffin rises out of the swamp water, then vapor seeps from under the lid to coalesce into Alucard himself, then he and the coffin glide across the water together. It's breathtaking. Not only does Chaney Jr look sartorially commanding in his evening wear, but the intrinsically supernatural elements of his power to shapeshift and move his coffin effortlessly across the swamp water is elegantly executed. Here's a creature of the night who's immensely powerful, yet vulnerable, as we see later on."

"But it is Robert Paige as Frank who provides the most dynamic by going bonkers," said Zombos.

"Yes, that's true. He's the one the story pivots around. His rough handling by Alucard, flinging him easily across the room, leading to his shooting Katherine to death, which leads to his mental unhingement—"

"Yes, and her wish-fulfillment," I agreed. "She becomes a vampire, visits Frank in his jail cell, and sells him on her live-happily-until-stake-do-us-part dream. Katherine plays like Vampira before there was a Vampira. She's Goth before there was Goth. The story's really about her and Frank, and Alucard plays second fiddle to them. The mighty vampire is being played for a fool." I sipped my Fizz. I definitely went too heavy on the gin this time. "You don't see that too often."

Zombos yawned, then took another sip.

"This is one Universal Horror production that is slickly directed above and beyond the basics by Robert Siodmak. His kicking his brother off the movie to go with Eric Taylor's screenplay allowed for the crime-noirish, vampire romance-nuanced storyline to flower. Another element that harkens back to the old style Van Helsing scientific reasoning that encompassed the occult is how Dr. Brewster (Frank Craven) plays into it."

I nodded in agreement. "That's right. Kindly country doctor recognizes the Dracula curse in action before anybody else does. He's the key authority figure, more so than the police. Around his normalcy Frank, Katherine, and Alucard do their dance macabre. Aside from wanting to commit Katherine on grounds of insanity because she's too morbid for his tastes, Dr. Brewster is the investigator who gathers information for the police, and eventually convinces them there's more going on than meets the eye."

I took a sip and continued. "The icing on the cake is the darkly poetic sets, from swampland to nursery. The confrontation between Frank and Alucard in the swamp drainage tunnel is surprisingly succinct and effective. Scratch one all-powerful vampire. At least for this movie, anyway. From his powerful tossing of Frank across the room with one hand, to his sheer terror at seeing his coffin go up in flames, Chaney captured an unusually telling final moment every vampire must dread deep down, no matter how old or powerful, making us feel it; one we seldom see beyond the quick stake or sunlight dissolution: death for the undead."

Both Zombos and Zimba were dreaming dreams no mortal ever dared to dream by the time I finished my Fizz. They looked comfortable enough, so I let them be. I prepared another Fizz before bed, but this time I added a little more tonic.

But just a little.

For more information on Son of Dracula, I recommend American Gothic: Sixty Years of Horror Cinema by Jonathan Rigby, and Universal Horrors: The Studio's Classic Films, 1931 to 1946, 2nd edition. Both are essential reading for the horror fan.

Now that's something that's not occurred to me: imagined as Renfield being the hero. You have an interesting angle there. Essentially, yes, crazed Frank, the little guy caught in the middle, is much like Renfield, only instead of Dracula hounding him, it's his childhood sweetheart, Kathy. Hmmm...

Great rundown of this film. Saw it as a youngster and have loved it since then. You pinpointed all the elements I adore about it... particularly Chaney's imposing if-not-quite-suave presence, the shadowy noir overtones, the Faulknerian backdrop, the somber mood and high energy of the action scenes. When you think about it, the film is basically imagining the Dracula story with Renfield as the hero, and I think it's great.