Goliath and the Vampires (1961) Pressbook 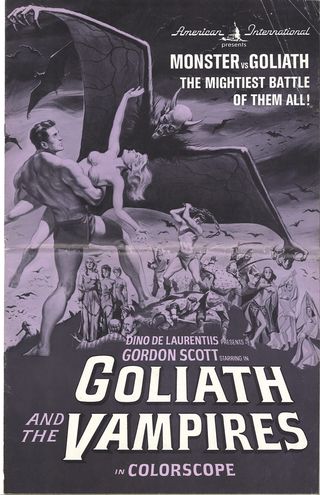 I have a confession to make. I'm addicted to Peplum. That's right. There's nothing more exhilaratingly earthy than a super-strong brawny guy in loincloth kicking ass and tossing around large objects like they were wiffle balls. Whether he's fighting mythological monsters, fighting his way out of Hades with a swooning woman tossed over his shoulder, or rippling his dew-dappled muscles against enemies and assorted monsters, I'm in Heaven.

It's a guilty pleasure.

I grew up watching sword and sandal movies on television every Sunday. Steve Reeves and Gordon Scott were big, handsome, and always in command. Although they gave me one hell of an inferiority complex they still provided a lot of wholesome, he-man action against the supernatural.

Maybe I should confess...I have a weakness for masked wrestlers, too... 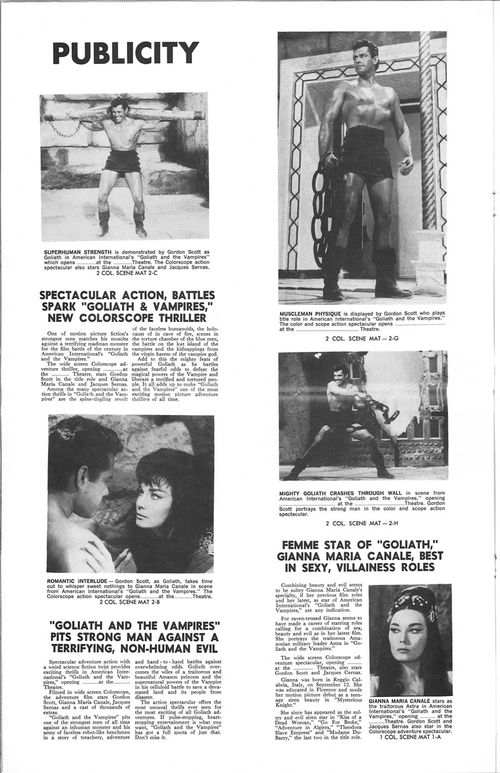 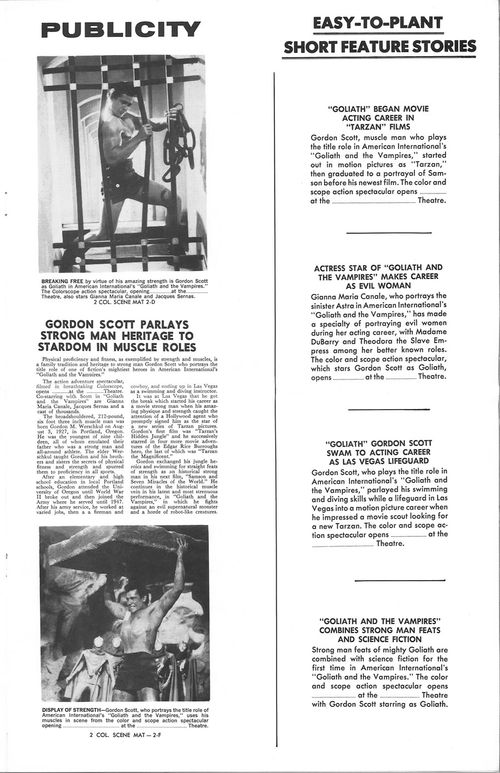 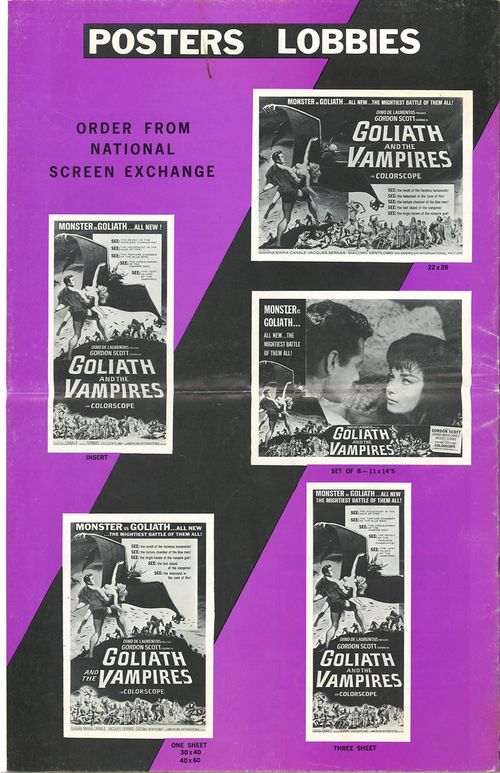 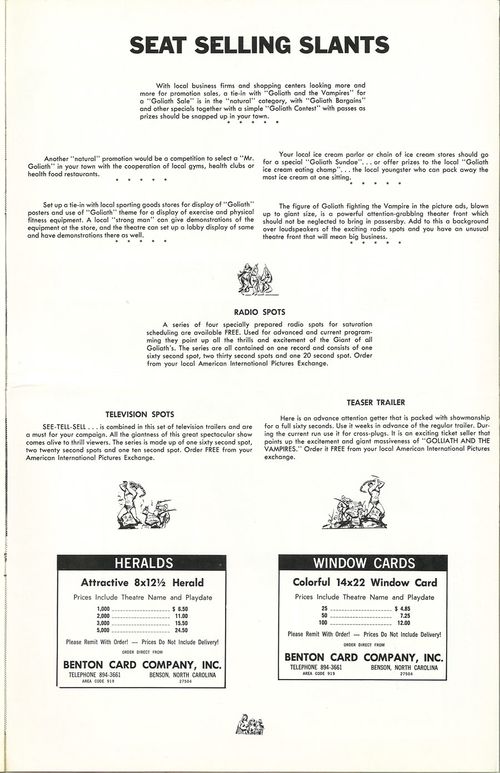 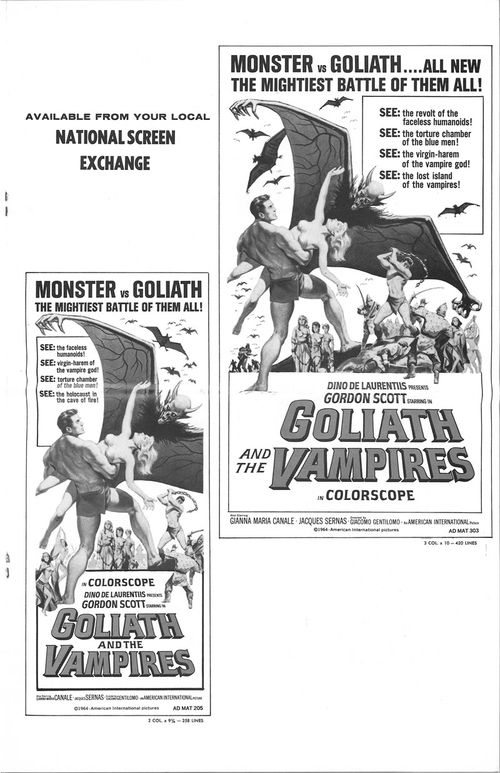 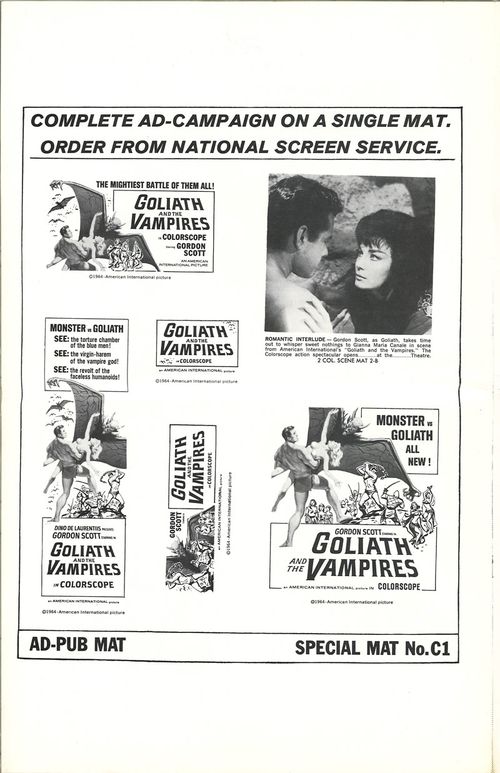 Gordon Scott was a great 'peplum' style star even though he was at times a little too well groomed. I am not sure if I have this one or not, I don't think I do and I am going to check into this one.

I jsut got about 3 of his tarzan flicks and they are not too bad.