"No," said our chef, unperturbed, raising the flame a little more. He kept watching the pot.

"Look here," said Zombos, "this menu simply won't do. Yak-stuffed octopus is fine, but what about the Frunkens? You know how difficult they can be. We need a native dish they'll love."

Oh yes...the Frunkens. Distant relatives on Zombos' side, originally hailing from Transylvania, recently moved to Pennsylvania under mysterious political circumstances, and soon to grace our annual family get-together with their vexing personalities. I was worried, too. Anything could set them off down the road to our damnation, ruining the festive Thanksgiving we planned for weeks. As for me, simple turkey and cranberry sauce is all I need for a festive dinner. Toss in a few bread rolls, mashed potatoes and gravy, and corn, and, as Emeril would say, "Bam!"

Wait a minute. Transylvania? Transylvania? I started to remember something--oh, bugger, I had almost forgotten! Paul Bibeau's Sundays with Vlad and his journey to find the true Dracula of Bram Stoker's novel, and in our psyche; I'm late in writing up the interview I recently had with him.

"I've got to ask him about that paprika hendl dish he talks about," I said out loud, making a mental note I needed to follow up on.

"Perfetta!" cried Chef Machiavelli, wrestling the soup spoon free from a tenacious tentacle entwined tightly around it. He turned to Zombos. "Paprika hendl," he said, while banging the tentacle back into the pot with his soup spoon. He resumed his stance of readiness.

Zombos clapped his hands together. "Superb! Paprika hendl it is. Capital idea, Zoc." 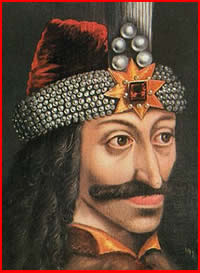 What insane impulse drove you to write Sundays With Vlad?

Like all insane impulses, it seemed very, very rational at the time. I was writing an article for Maxim magazine about the failure of the Dracula-themed amusement park in Romania . It seemed startling to me that Romania was filled with places connected to one of the most famous cultural icons in the world, and yet they couldn’t or wouldn’t cash in. But as I researched the story I began to realize that the Romanian Dracula and our western Dracula were very different. Plus, the stories of the people surrounding Drac were as interesting as the subject matter itself. It was bizarre and rich and complicated, and I had to write about it.

Why are you so obsessed with Dracula? Why not the Wolf Man, or zombies for that matter?

The Wolf Man’s a victim of his curse. Zombies can barely even think beyond how to crack open their next skull. Dracula’s smart, cultured, and in complete control of himself. He really wants to kill you, and he has the skills to go about doing that. He’s Hannibal Lector, and every Bond villain you’ve ever heard of. He’s actually much closer to the Western image of the devil than the others. “A man of wealth and taste,” as someone once said. 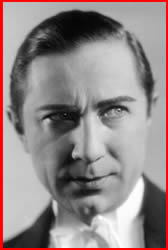 That's my understanding of the character also.  I always felt that Bela Lugosi was the embodiment of this "man of wealth and taste?" Do you agree?

Bela was definitely the ultimate "cultured Dracula," as opposed to the animalistic Nosferatu of Murnau's film. Lugosi's son mentioned that Bela started wearing his own opera suit during the play version of Dracula, and continued it with the movie. That style of dress became completely entwined with Dracula itself.

How would you compare Lugosi's Dracula to Christopher Lee's portrayal, given what you know about the real Dracula, Vlad Tepes?

If you remember, Lee portrayed Vlad himself in the documentary, In Search Of Dracula.  I don't have an opinion whether he played a more "Vlad-ish" Count, but his Dracula was definitely more animalistic, closer to the Nosferatu.  And ultimately closer to Stoker's portrayal. The Lugosi portrayal was further away, but at the same time compelling in its own way. I'd compare it to the Kubrick version of The Shining, which departed from the book, but became a classic in its own right.

You wrote "cook a Hungarian dish called Paprika Hendl, and it will tell you everything you need to know about Dracula." What did you mean by that?

The act of taking an ethnic recipe and preparing it in your own home is a kind of data vampirism.  And it shows the fragility of culture -- because culture after all is made of data and information. But I can adopt your recipes, laws, and folkways, and change them into whatever I want. Jonathan Harker mentions he's going to take a recipe back home to Mina at the beginning of Dracula.  Later the Count brags about his knowledge of English culture.  Before we talk about blood and land, we are talking about the real weakness of a culture -- their data. For the data is the life.

After mentioning Bela Lugosi in your book, I think it safe to say you're a monsterkid from way back. Tell us about your monsterific childhood and why you think the horror genre has influenced you so much. 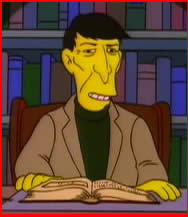 My favorite holiday was Halloween, and my favorite TV special was the Disney version of the Legend of Sleepy Hollow. And then there’s the In Search Of episode on Vlad the Impaler that I write about in my book. I loved that whole series. Leonard Nimoy and his turtleneck brought the horror and mystery of real life into my home, and it damaged me in a wonderful way.

Have you seen the new series, Supernatural Science on television? If so, how do you think it compares to Nimoy and his turtleneck?

How does your wife do it? I mean put up with your horror-leanings? And has she let you wear a cape yet?

She keeps me in check. She probably would let me wear a cape if I persisted, but I want to keep her happy. I sometimes go through a Jethro Tull phase where I listen to Thick as a Brick a lot, and ponder wearing a codpiece. But that’s out, as well. I love my wife very much, and not a day goes by that I don’t feel thankful for her incredibly low self-esteem, or whatever filthy, filthy fetish she has that makes her hang out with me.

What's your Dracula Was Framed blog all about?

I want to get people to treat the compilation of journals and newspaper clips that make up Dracula as if they were real, honest-to-God testimony about a paranormal event. What’s missing? What seems like it’s not right? How would you reinterpret, rewrite, add to, or generally screw with the text of Stoker’s novel? A fun exercise in critical thinking or creative writing or both. That’s what I want. 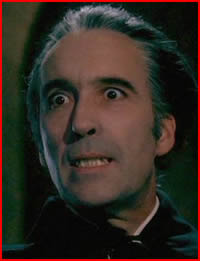 In your book, you cover the Dracula/Vampire influence in many areas. One area is the Goth scene. What was it like--a nice, vampire-loving journalist like yourself--entering that culture?

Goths are some of the nicest people you’d ever want to meet! They’re deeply sweet people. Sometimes geeky. Sometimes oddly cool. But they are really fun to hang out with, and once you convince them that you’re not going to be completely mean-spirited and mocking, they are quite helpful about explaining the ins and outs of the goth culture today. And as much as we love to poke fun at it (and no one makes fun of goths like the goths themselves), it’s also important to note that it’s still with us, more than a hundred years after the birth of the gothic novel. So that says something.

You took some chances when visiting Lugoj, and other places in your quest to find the "real" Dracula. Why put yourself in harm's way like that?

You don’t spend time as a reporter without meeting people who are much braver than you. I’ve interviewed New York City cops who survived gunfights that would make me piss my pants. So I look at my risk-taking as pretty minor in comparison. Also, don’t discount stupidity! A lot of the risks I took were just because I didn’t know how scary things would get until it was too late. 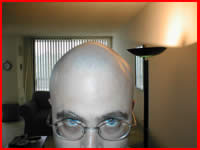 I wrote a collection of funny, scary short stories called “The Big Money,” and to publicize them, I did a series of monologues around Virginia dramatizing them. I’m still a theater geek at heart.

Tell us more about this collection of short stories. What are they about?

They are a mix of horror, suspense, and humor. Drug dealers, bank robberies, rants about love, a tale of revenge, and a novella about working at a women's fashion magazine.

Given your style of writing, have you read O. Henry?

As a journalist, what do you normally write about?

Spies and criminals, actually. I wrote a profile on Eric Haney, one of the first generation of Delta Force operators. Haney was part of the Iranian hostage rescue mission. And I have interviewed a guy named Antonio Mendez, the CIA officer who successfully rescued the Americans who’d escaped the Iranian embassy during the hostage crisis, and were hiding out with the Canadians. I also wrote an investigative article on a domestic terrorism case and an article on a stripper who ripped off a NASCAR team for a million dollars.

I have no interest in seeing any of the torture movies. Just doesn’t do it for me. I own the VHS tape of John Carpenter’s Halloween, and when we got a DVD player my wife bought me the DVD version. When they change the technology again, I’ll probably go out and buy it once more. I always want to have that movie on hand, and I try to watch it every Halloween. It’s not just one of the best horror movies ever made, I think it’s a modern legend – The Grimm Brothers retold in suburban America with a bit of the “call is coming from inside the house” thrown in. The Blair Witch Project doesn’t survive multiple viewings – not having a script is a real liability – but it does have moments of horror genius. And limiting the blood and the body count really made it scary. That’s something I wish more people knew.  Ghost Story, The Changeling, The Fog…My favorites come from about twenty years ago, and they try not to show a severed limb or a guy in the rubber suit every 30 seconds.

I’m not a prude. I’m not offended by it. But a movie that combines high production values, extreme violence, CGI out the wazoo, and characters who wouldn’t be believable in a Dentyne commercial leaves me feeling utterly indifferent and not scared at all.

What question have you been dying to be asked, and what's your answer?

Do you think it was fair to lose your job as an advice columnist at Mademoiselle? And the answer is, yes and no.

After two years writing advice on guy-related issues for that magazine back in the late 1990’s, I wrote one section entirely in the voice of Vincent “the Chin” Gigante, the accused boss of the Genovese crime family who was then on trial and constantly strolling around Greenwich Village in his bathrobe, allegedly pretending to be a crazy old man. This did not go over well. The people at Mademoiselle did not want jokes about putting folks into car compactors in their fashion and beauty magazine. In my defense, the piece was very funny. On the other hand, maybe I was not a good fit for that magazine.