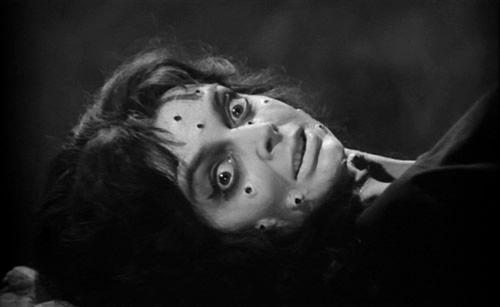 "He cannot have gone too far ahead." Zombos shone his flashlight down the tunnel on the left.

We were standing in the second large chamber of the perpendicular brick Gothic-arched basement that ran like a rabbit's warren beneath the mansion and toward the beach. Expanded by the original owner of the mansion before he went insane, the basement was a mosaic of tunnels and vaulted rooms running from and connecting to three large circular chambers with vaulted ceilings. Before the expansion, boot-leggers used the tunnels to run hootch during Prohibition, and before them, pirates used the beach tunnels to hide their rum and booty. The plumber was not in the boiler room, but the good thing was we now had heat. He must have gotten lost heading back upstairs.

"Well then, let us go this way," said Zombos. "Take a note: we really need to replace these burned-out light bulbs." He pointed to the many dark spots in the string of lights strung along the walls of the basement. There were a lot of dark spots because no one liked coming down here, especially me, to replace them.

A few yards into the tunnel he tripped over something sticking out of the dirt floor. He swung the light over as he picked himself up. It was an arm. In the clenched fist were daisies. We looked down and saw a large patch of bright yellow daisies growing all around the elbow.

"Good lord! Pull man, pull!" We grabbed hold of the arm and pulled as hard as we could. Together we unburied the plumber.

"What the hell! I'll murderlize da bum," spat the plumber, along with some daisies. He pulled himself out of the dirt the rest of the way, spitting daisies from his mouth and brushing dirt off his clothes.

"What happened?" I asked.

"I got tha boiler workin'," said Curly Joe. "Then I'm packin' up and I hear dis voice comin’ from one of the tunnels. Nice, sexy voice, you know, just like Barbara Steele sounds like. I go lookin' and the next thing I know a little guy is cursin' me and I'm cursin' him back. Last thing I remember is I'm tellin' him he's goin' ta be pushin' up daisies if he keeps yellin' at me and bam, I'm spittin' up daisies and dirt."

"Yeah, ya know that sultry knockout horror dame. I know they often dubbed her voice in those eye-talian movies, but that voice made me think of her. Just watched Black Sunday last night, too."

"Now's not the time to discuss—"

"Oh, right, The Mask of Satan, also known as Black Sunday. I say, a capital Italian Gothic horror movie," said Zombos. "In fact, we were just discussing Barbara Steele in Castle of Blood before we found you. Good thing we did—find you, that is."

"Speaking of Mario Bava's evil witchcraft-laced Black Sunday," continued Zombos, "I am simply amazed at his use of rolling camera work and cobwebbed framing to create a modestly budgeted masterpiece of the supernatural. It is the quintessential Italian Gothic. The movie is a licorice and vanilla confection, filled with sugary, gamboling fog, bitter, dark chocolate forests stuffed with dead trees whose crunchy branches clutch at unwary travelers, and landscapes overflowing with the cream of foreboding."

Whenever you have a large muscular, sweaty guy heating up a branding iron in a brazier, other hooded guys holding smoking torches, and no marshmallows or guitars in sight, you know something evil is afoot. Princess Asa (Barbara Steele) has been a naughty witch and vampire, and her relatives have called this little crisis-intervention to hammer some sense into that beautiful, but evil head of hers. She'd rather they didn't do the hammering with that wicked, multi-spike bronze mask, of course, but family never listens, right? That chilling close-up of the inside of the mask, with all those long, sharp spikes, doesn't thrill her, either.

As the big muscular guy walks over with a hammer that would put Mjolnir to shame, the mask is held over her terrified face. Her accomplice, Javutich (the naturally creepy-looking Arturo Dominici is back again), already had his facial so he's enjoying the snooze of the damned. She, understandably, curses everybody in sight before the mask is pounded down with verve, sending blood sprays out around its edges. For the 1960s this was strong stuff, even after clipping some minutes for the American market.

Two-hundred years later, her curse is about to descend on her descendants as two travelers— the usual academic men-of-science who are also quite clumsy—stumble on her tomb and unwittingly release her vengeful spirit.

Where would horror movies be without them?

Making their way through the dark, mist-shrouded forest, a wheel pops off the coach. To kill time while the coachman attends to the ‘flat,’ they explore the surrounding woods and come across the ruins of an old church and cemetery. Dr. Gorobec (John Richardson) and Dr. Kruvajan (Andrea Checchi) find Asa's tomb and dutifully remove all the protections that have locked her undying spirit in her crypt for two centuries in their examination of it. The scenes of the church ruins, the cemetery, and the crypt are scened like illustrations in a child's sinister fairy tale. They are surprisingly ‘literary,’ effectively dismal, and eerie as the rim of the somber sky merges into the bleak forest. When the two doctors enter the crypt, the camera swings three-sixty to highlight the decay, cobwebs, and charnel artifacts of her abandoned resting place, bringing out every decrepit nook and cranny to perfection before returning to them.

Before leaving, Dr. Kruvajan makes sure to cut his hand and bleed over the princess' exposed corpse, releasing drops of blood that will start her revivification. Mario Bava's practical use of special effect lighting makes the transformation of the putrid corpse to voluptuous witch-woman—even with those large holes in her face—a morbid delight to watch. Egg yolks, rice, and lighting filters to highlight different colored makeup layers on her face create an inexpensive but highly effective transformation. A similar process was used on Frederick March in Dr. Jeckyll and Mr. Hyde for his startling change into the amoral Hyde using color makeups, undetectable in a black and white movie.

The beautiful Katia (Barbara Steele in a dual role) greets the two doctors as they exit the tomb. Bearing a striking resemblance to her ancestor, Asa, she will become the target for the evil witch's rebirth. Cue the romantic music first, however, as Dr. Gorobec immediately takes a fancy to her. In no time at all, the evil Asa revives her cohort, Vivutich, and begins her plan of revenge.

Her first order of business is to frighten the life out of the current prince, Katia's father, who holds title to the family castle, then lure Dr. Kruvajan to her and wring the rest of his blood from him. With them under her control she will possess the body of Katia. While she's still reviving in her tomb she sends Vivutich to do her dirty work.

The attack on the prince (Ivo Garanni), Katia’s father, begins with the large fireplace opening to reveal a secret passageway to Princess Asa's tomb. The spectral presence of Vivutich charges forth, knocking down the suits of armor lining the hallway as he invisibly makes his way up to the bedroom where the cowering prince waits in dread for the evil by night. The prince wards off the attack with a crucifix, but he's driven nearly insane by the encounter.

Next, in dreamlike slow-motion, Vivutich races through the mist-choked forest in a black rococo-styled coach to bring Dr. Kruvajan to Asa. The good doctor falls into the trap, and after a bumpy coach ride, he is led, unknowingly, through the castle and the secret passageway, back into the tomb where it all started. This sequence, with Vivutich leading the way holding a lantern, from beginning to end, encapsulates the gloominess of Gothic horror with its stark black and white imagery depicting the eldritch tableau, with Dr. Kruvajan running to catch up only to find the lantern no longer held by Vivutich, but hovering in mid-air as the door to Asa's tomb slowly opens. Kruvajan never knew what hit him.

Princess Asa executes her final plan of conquest. The castle is overrun with evil as servants are killed and Dr. Gorobec and Katia's brother square off against Vivutich in a final confrontation involving a big nasty hole in the floor. Meanwhile, Katia is lured to and trapped in the witch's tomb, while angry villagers, in grand Universal Studios horror tradition, light the torches and storm the castle to confront the evil in their midst.

"There, at your feet." Zombos pointed. A little opening had appeared where I was leaning against the wall. My shoulder must have pressed some hidden mechanism.

He shone his flashlight into the opening. I reached in and pulled out a wooden box. I opened it.

"How odd. They are tap dancing shoes," said Zombos, holding up the pair of shiny black shoes. "They look like my size. I do not know why, but I simply must try them on."

"Incredible. They are absolutely comfortable. I almost feel like I could tap dance forever in them. I have always wanted to tap dance, you know, ever since I was a little boy. Father would have none of it."

His right foot started first, then his left, and pretty soon he was doing a paddle and roll.

"I thought you said you didn't know how to tap dance?"

"I do not!" Zombos was now doing the shim sham shimmy.

"You better take those off."

"I cannot! I cannot stop myself!"

I motioned to Curly Joe to grab him around the arms while I reached for his shoes, but Zombos was already shuffling down the tunnel to the Susquehanna three-step before I could untie them.

"Zoc, Zoc, stop these crazy things!" he cried as he disappeared into the distance.

Curly Joe and I looked at each other, shrugged our shoulders, and raced after him.