Yes, your eyes do not deceive you. There are skeleton men and man-eating dinosaurs to contend with in Jungle Manhunt. That looks like one mad chimp too, so Jungle Jim has his hands full in this one. This 13.75 x 28.25 inches poster-sized Mexican Lobby card for The Lone Ranger and the Lost City of Gold (El Llanero Solitario y La Ciudad Perdida de Oro, 1958), is exciting, colorful, and certainly makes me want to see the movie. While the Lone Ranger is considered too corny now for a decent revival in cinema, growing up watching him on television, with George Reeves' Superman, was fun. The travesty of Johnny Depp playing Tonto (originally done by Jay Silverheels) as a weird joke is unforgivable. What's weird and corny about two people seeking and working together for justice? One of Jay Silverheels' homes was in Brooklyn, off of Bay Parkway, just a little ways from where I was growing up in Bensonhurst. I often passed his house with the beautiful window displaying his Native American pride. I don't recall him doing conventions--at least not the ones that I attended in the 1970s. 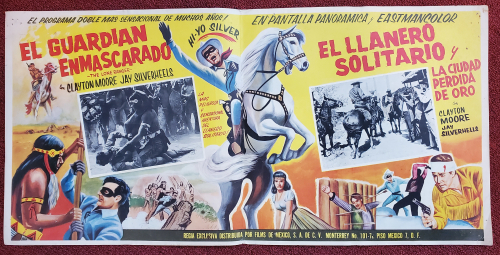 Exciting illustration and inset scene makes this Mexican lobby card for Tarzan en El Silencio De La Muerte, an eye-grabber. Interestingly, there's archive footage of Jock Mahoney, who also played Tarzan, to help lessen the budget, even though this movie was already edited from two episodes of Ron Ely's 1960s Tarzan television series. Is it me, or does that lion look a bit like the ID Beast from Forbidden Planet? 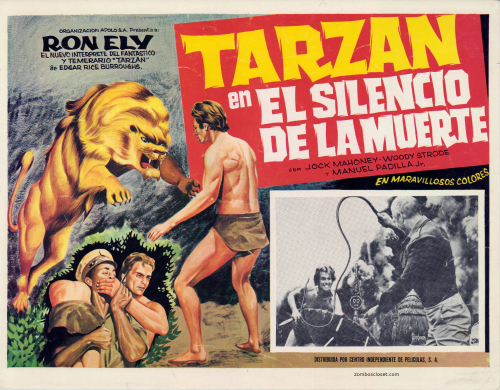 Here's a rather large, 15.5 x 22.5 inches, Mexican lobby card for Tarzan's Desert Mystery movie (Tarzan el Temerario). What differentiates this from being a small poster instead of a lobby card is the inset movie scene. Interestingly, the inset scene is about the only thing from the movie on this lobby. The other scenes appear to be illustrations taken from various sources, but not ones based on the movie. These types of lobbies were printed on slick, thinner paper, and are for later runs of the movie in theaters. 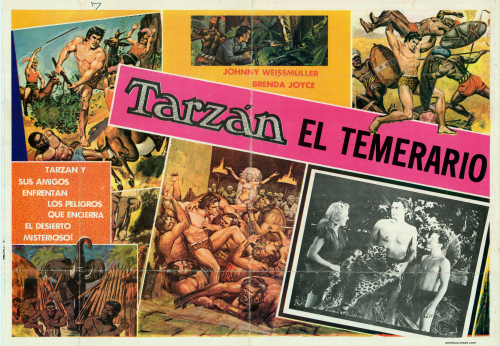 A particularly anger-laden illustration for I Killed Geronimo makes this Mexican lobby card intense. Being this movie was filmed in 1950, the story makes the Indians the bad guys for buying rifles to protect themselves from the encroaching land grabbers, and the cavalry rides to the rescue eventually. Many of the action scenes were lifted from Stagecoach. The Fantomas movies are pretty wild and fun to watch. This Mexican lobby card captures the mystery and, through its use of cartoonish illustration, keeps the mood light. 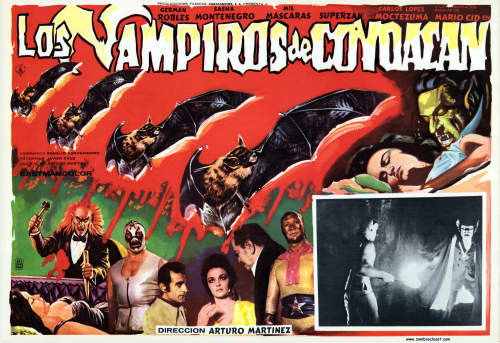 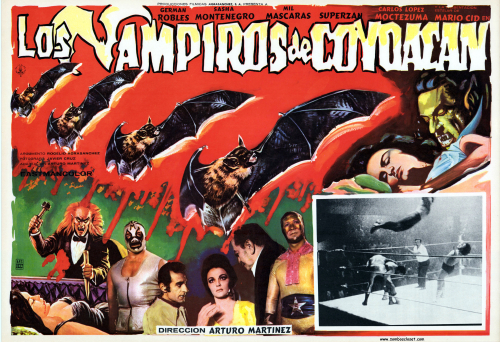 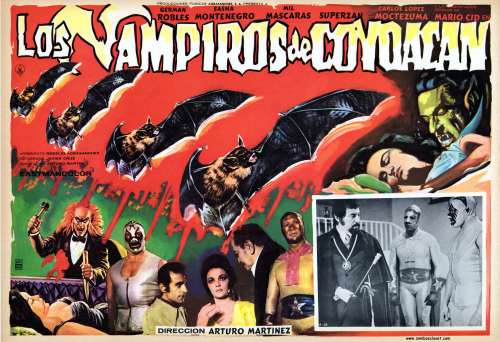 Continuing our 1970s theme of satanic mayhem, here's Asylum of Satan. The illustration has a real Coney Island spook house feel to it. 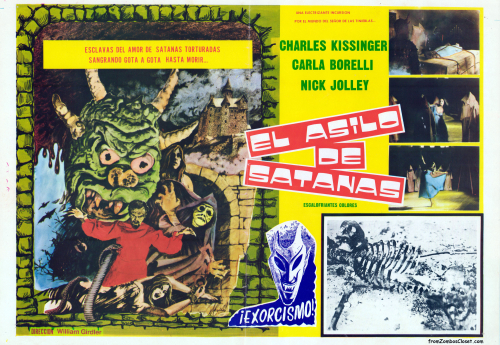 Sure, you always think of Yvonne De Carlo as Eddie's wholesome mom on The Munsters, but she's a bit of a devil, too, you know. A school janitor gets the cheerleading squad into trouble with witches. John Carradine also manages to stop by. Originally given a PG rating, after the producer spiced it up, it received an R. 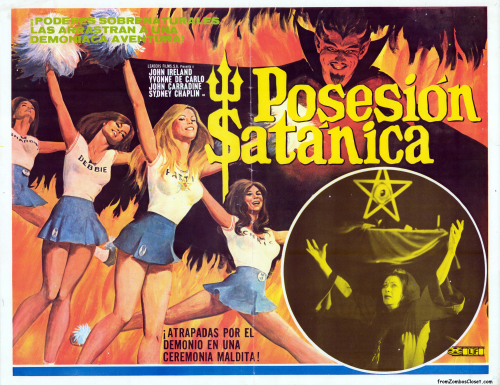 This is a very large Mexican lobby card for Satan's Mistress. John Carradine did a cameo and Britt Ekland, although top-billed, didn't appear much. This movie came out around the same time as The Entity (which you really shouldn't miss). The card uses two very strong elements: a frightened, vulnerable woman and a pair of sinister, threatening eyes. Note the emphasis on sex and terror to sell theater seats. 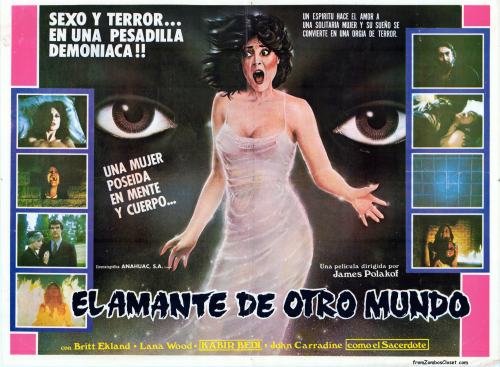 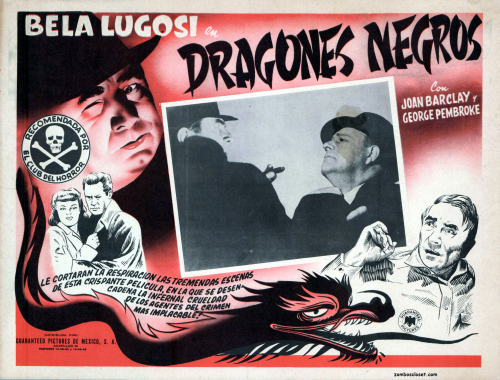 I have a guilty-pleasure-place for the Doug McClure fantasy actioners from Amicus first and this one too, the last of the bunch, from EMI. It's simple fare, but sometimes simple is just fine. Here's the very large Mexican lobby card (printed on thin slick paper) for the movie, which is also known as Warlords of the Deep.