The problem with being a disorganized collector is that you tend toward acquiring things and promptly forget about them. I had made photgraphs of this convention program back in 2016, but, well, here you go. Memory Lane Alert! When I went to conventions, back in the day, they weren't the slick-slacks affairs they are today; where your wallet goes bust and your body is crushed trying to fit into spaces not even Einstein had thought about. And you got a REAL convention program. I mean a honkin tome you could actually read and enjoy, along with the cool bag-o-stuff it was tossed in. Highlights in this Comics Buyer's Guide Fantacon 90 Convention Program include I Was a Zombie in Night of the Living Dead by Dennis Daniel and Editing The Famous Monsters Chronicles by, oh yeah, Dennis Daniel again (man, he got around). The other highlights are the cool advertisements and the tids and bits regarding the con itself. 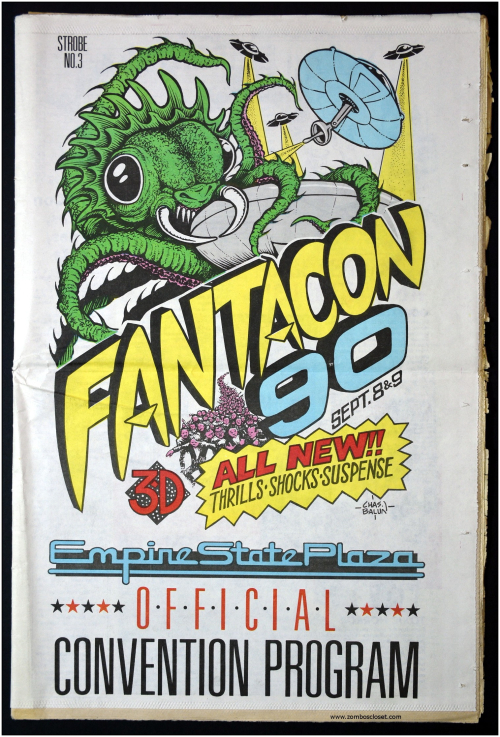 Posted at 08:00 AM in Convention/Event Programs | Permalink | Comments (0)

Here's an interesting play bill for Arsenic and Old Lace, from the Marquee Theater, starring Jonathan Frid and Larry Storch (with an impressive cast). Very interesting is the typo on page 13. My gut is telling me that Larry Storch had a hand in it. I kept in the adverts to keep this a complete historical item for your edification pleasure. 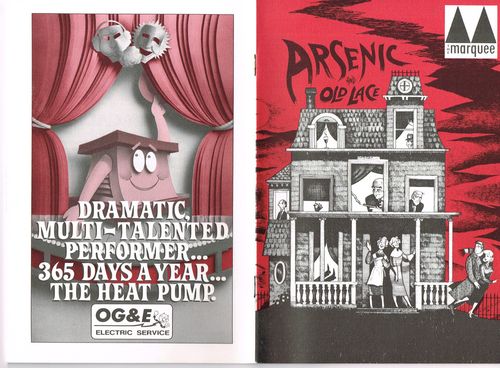 I wonder if anyone had recorded this? See the not so positive review from the Chicago Tribune toward the end of the post. 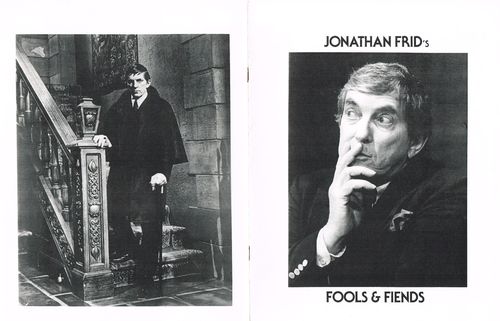 Posted at 09:55 AM in Convention/Event Programs | Permalink | Comments (0) 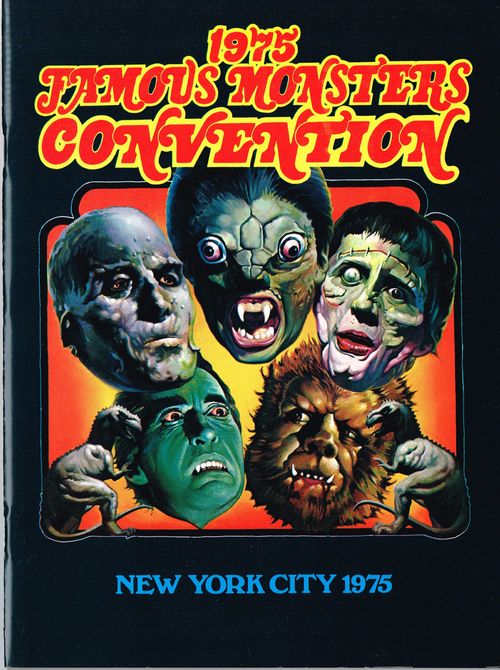 I think I like the 1970s the best for comic collecting. That's when comics became sought after collectibles for real, fans became more earnest and knowledgeable, and conventions were more fun to attend because they didn't have moviemercials and had a more intimate atmosphere. Now its all glitz and blitz. And I had around 10,000 comic books in the 1970s.  Up to that point I had complete runs of every Marvel title. I also loved DC's Superman's Pal Jimmy Olsen, but lost those issues when my basement flooded. I eventually sold my comics and retired. From collecting, that is. 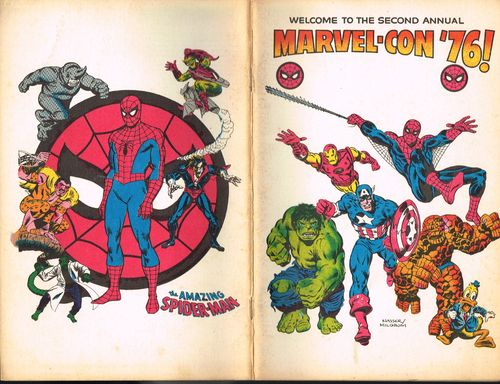 Posted at 11:37 AM in Convention/Event Programs | Permalink | Comments (0) 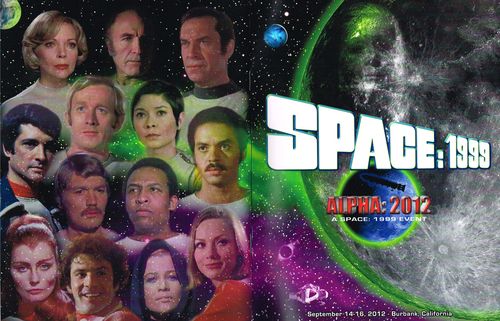 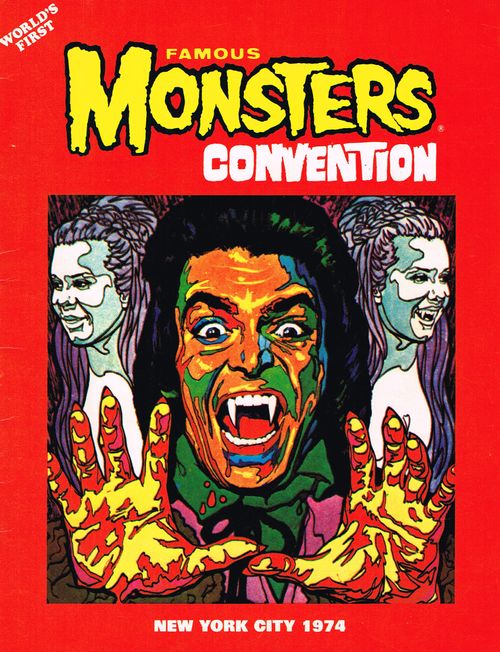 Posted at 09:35 AM in Convention/Event Programs | Permalink | Comments (0)

There's nothing like mixing comedy and horror, but plain old comedy comes close.

I was very young when I watched Ghost Catchers with Ole Olsen and Chic Johnson, on television, and not old enough to have caught their zany Broadway show called Hellzapoppin'. I'm a pushover for sight-gags, witty and cheeky repartee, and downright insouciance. Olsen and Johnson scored big on all three. Here's the show's program, courtesy of Professor Kinema's archives. It's a good reminder that, aside from Ole and Chic, there were other acts that kept the show moving.

Broadway critic Brooks Atkinson wrote: "Folks, it’s going to be a little difficult to describe this one. Anything goes in Hellzapoppin -- noise, vulgarity, and practical joking. Olsen and Johnson make their entrance in a clownish automobile, and the uproar begins. There is no relief, even during the intermission, when a clown roams the aisles. You can hear some lymphatic fiddling by rotund Shirley Wayne who looks as though she has just finished frying a mess of doughnuts. It is mainly a helter-skelter assembly of low comedy gags to an ear-splitting sound accompaniment. If you can imagine a demented vaudeville brawl without the Marx brothers, Hellzapoppin is it ... and a good part of it is loud, low, and funny!"

The show consisted of two acts with 25 scenes, during which the audience was bombarded with eggs and bananas. Then when the lights went out, the audience was besieged with rubber snakes and spiders. A woman ran up and down the aisles shouting out in a loud tenement voice for "Oscar! Oscar!" Meanwhile, a ticket salesman began to hawk tickets for a rival show (I Married an Angel). The Broadway madness ran for a record breaking 1,404 performances. (Charles Stumpf in Classic Images) 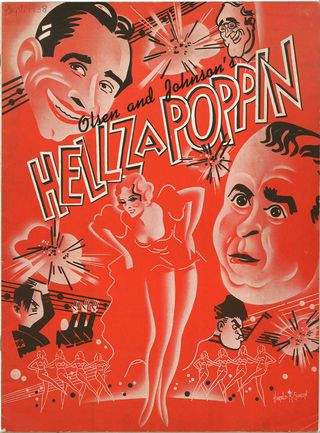 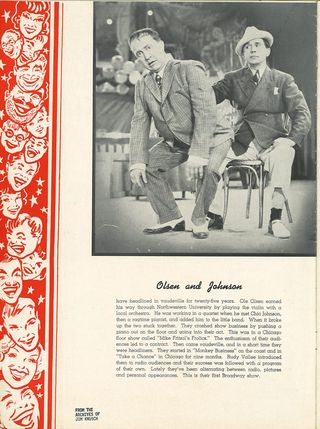 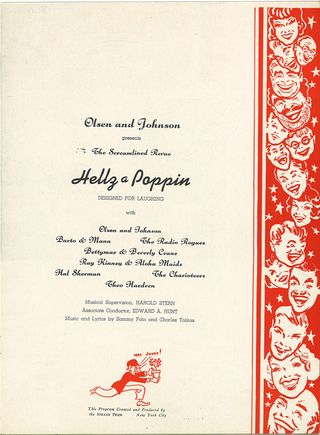 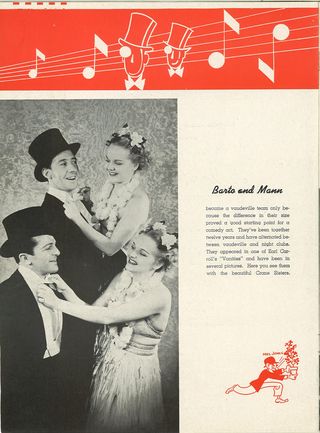 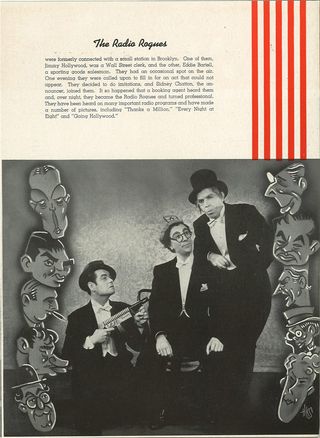 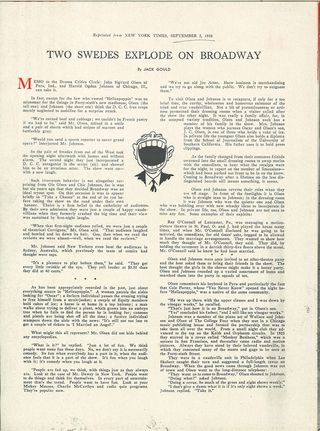 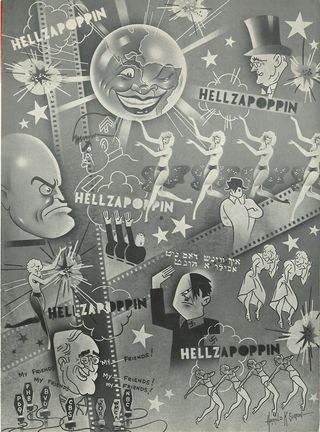 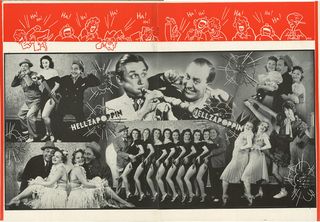 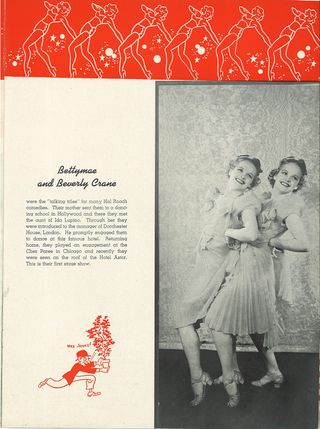 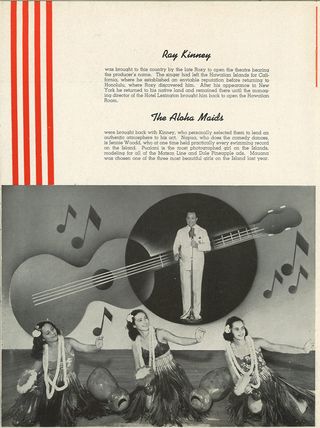 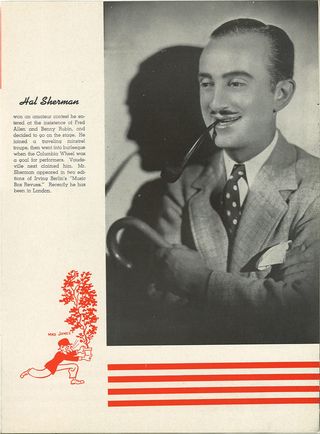 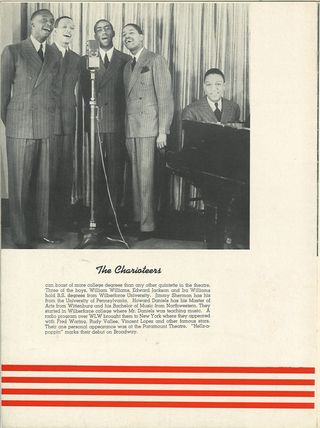 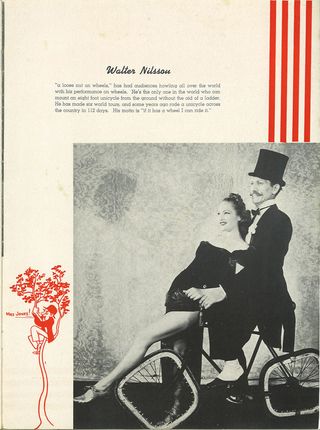 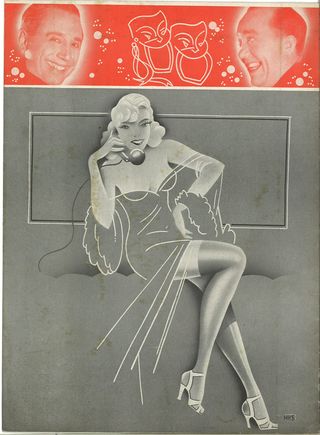