The Night of the Hunter (1955) Pressbook

Directed by Charles Laughton (his only directed movie), The Night of the Hunter offers a poetically sinister mix of silent movie and expressionistic inspired terror. It's one of the best horror movies you've probably never seen. Robert Mitchum is more than chilling in his role as a serial-killing preacher, whose hand tatoos signify his inner turmoil between love and hate. According to Wikipedia, "the influential film magazine Cahiers du cinéma selected The Night of the Hunter in 2008 as the second-best film of all time, behind Citizen Kane." I wouldn't argue with their assessment. 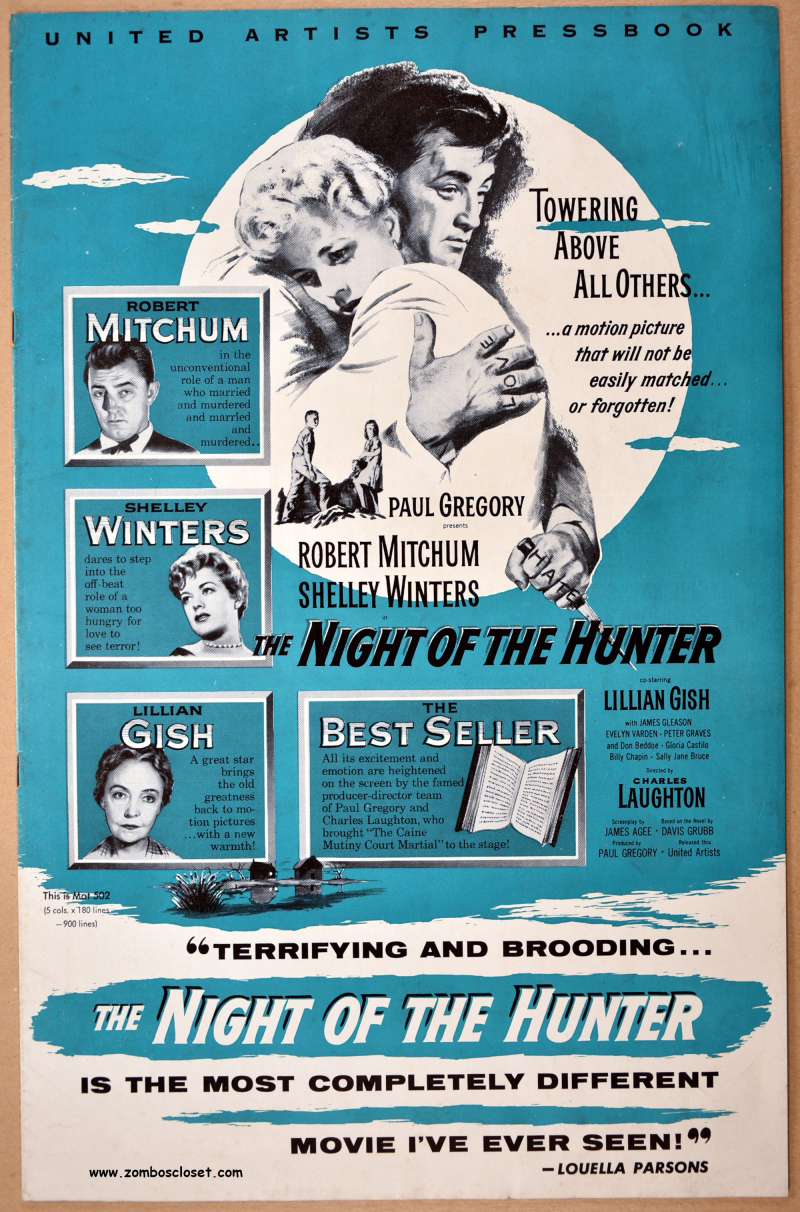 Continue reading "The Night of the Hunter (1955) Pressbook" »

King of the Forest Rangers (1946) Pressbook

Jack Mathis (Valley of the Cliffhangers) made a reprint of this pressbook available in the 1970s, when fandom was rediscovering the serial action format (especially with the more comic book and comic strip-sourced heroes on the silver screen). I would love to find the "circus" herald, mentioned on the Exploitation page. I'm not sure what denotes a circus herald, but the 5x17 inches size may be a clue. And not many movies would suggest a Special Timber or Logging District Stunt fo promotion, I'm sure. 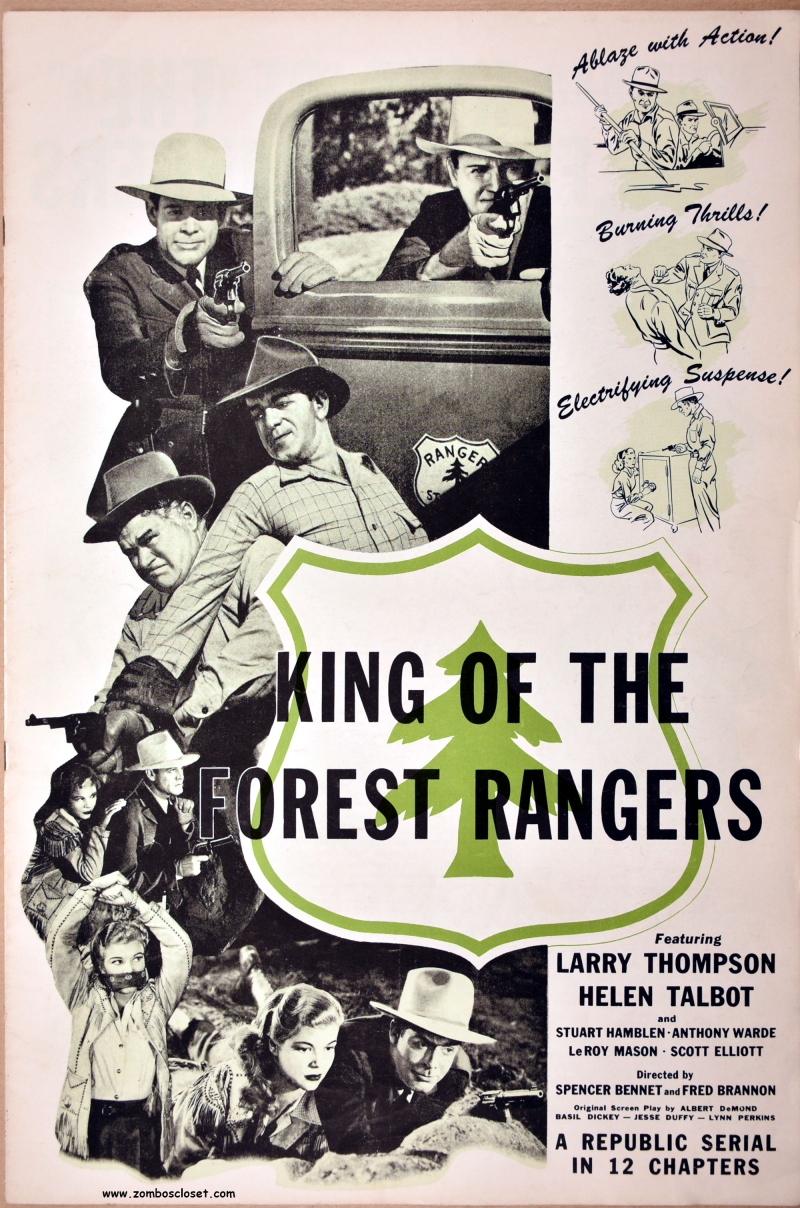 Yes, Killers from Space is a very low budget, and a lazy production for early 1950s science fiction movies. I suggest you revisit it, though, because it's storyline involving alien abduction and espionage is still good, albeit never fully realized. As a kid watching this on television, I was always fascinated by the ping pong eyes of the aliens. As an adult, hell, I'm still fascinated. It's awful but still fun to watch. Given more money to expand the story and the action, the giant insects, dying-planet aliens, and subversion plot would have made it a memorable entry among 1950s science fiction movies. 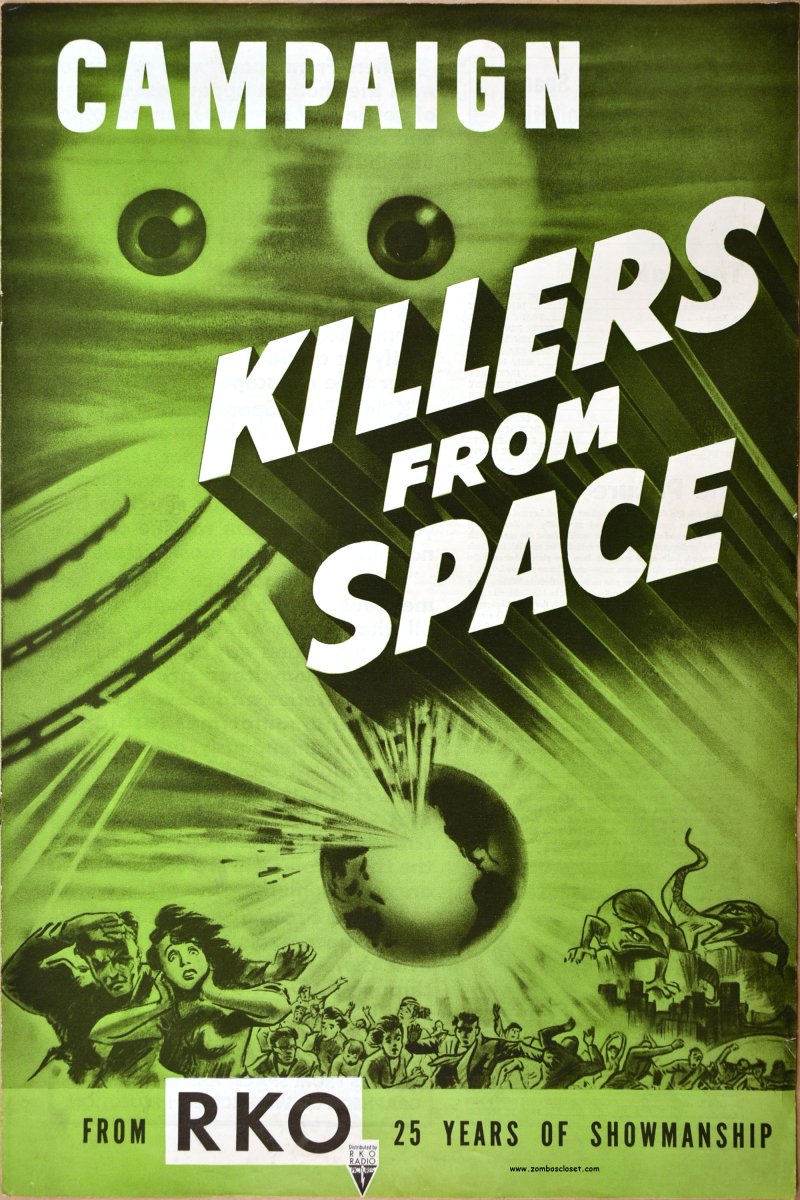 Made in the final years of the serial format, Blackhawk didn't have the budget power to fully realize the popular comic book character. Still worth a watch, though, as Kirk Alyn was always super in his roles. Here's the exciting pressbook used to promote the movie to theaters. The title change (The Miraculous Blackhawk: Freedom's Champion to Blackhawk: Fearless Champion of Freedom) happened when home video kicked in, according to the wiki article. Miraculous is a bit presumptuous, when you think about it. 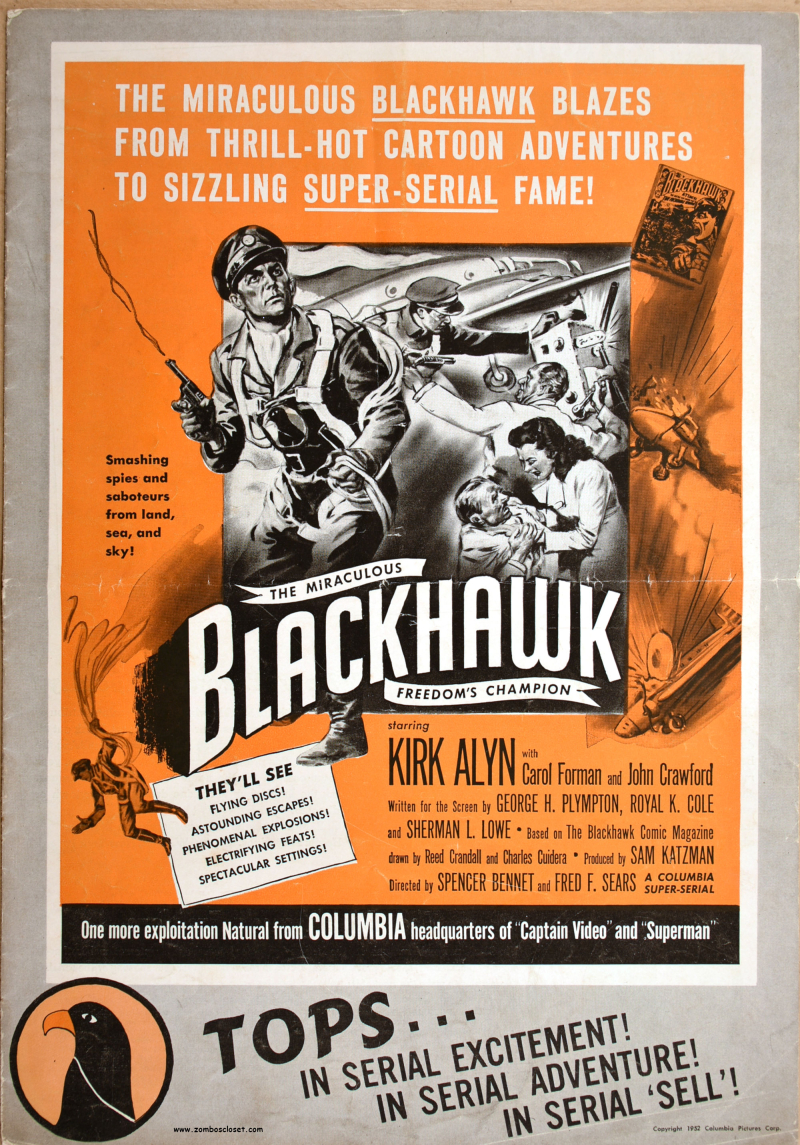