This issue of Mad Monsters, No. 7, has lots of pics, not too much text, and good coverage, from The Preying Mantis and Corridors of Blood, to I Married a Monster From Outer Space and an article on Lionel Atwill. Not too shabby for 35 cents. Charlton did cut corners by printing the magazine as cheaply as possible, so the photos aren't crisp. But their covers were eye-catching. 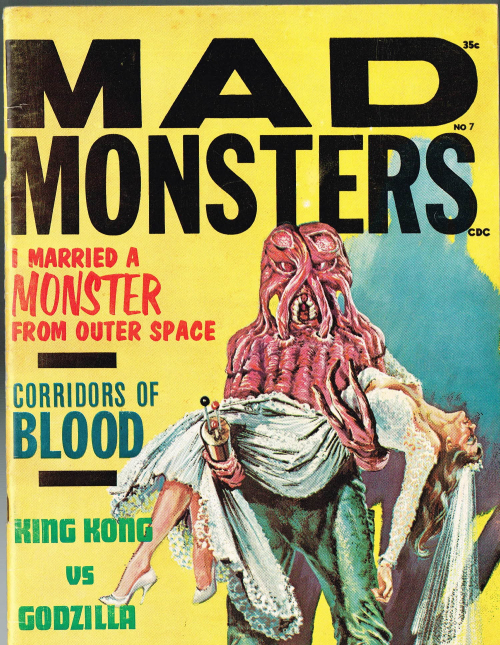 Lon Chaney Sr. explains why he prefers grotesque characters in this 10th issue of Monster World. The punny Batman, "battier than a ball park," flitters while The Reptile slithers, and The Ghost in the Invisible Bikini brings us to the beach. 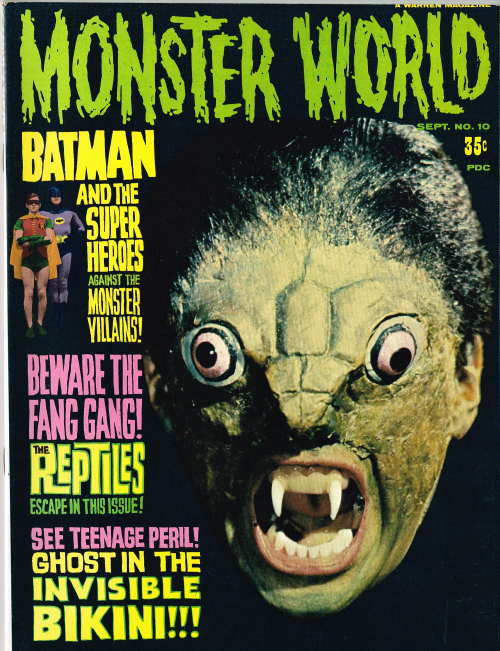 Sort of like a Castle Films 8mm reel, this Warren magazine gives you the Curse of Frankenstein and Horror of Dracula in a nice digest format. 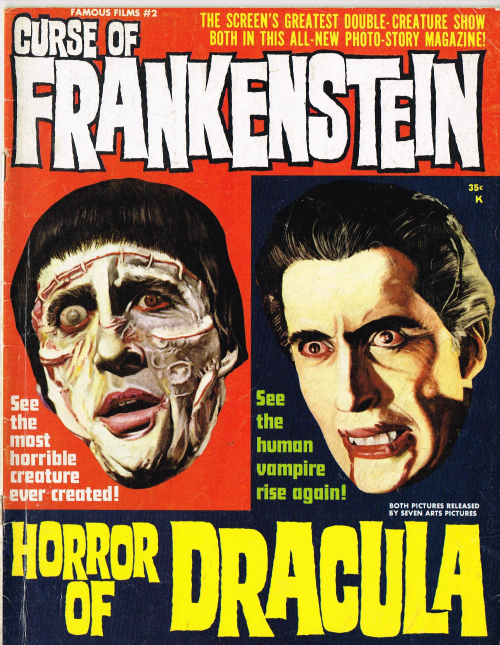 World of Horror No. 6

The British World of Horror magazine came out in 1974 through 1975 and lasted 9 issues. Not very polished in layout, but overall, content-wise, it did include a good range of movie coverage, some fiction (if you're into having short stories mixed in with your horror movie articles: I'm not), and black and white and color pictures (although the printing quality was poor). The Scream Scene section was similar to The Monster Times' own The Monster Scene. A few cartoons were also tossed into the mix. In this issue, a classic horror article on Lon Chaney Sr. rubs elbows with coverage of The Exorcist, Rosemary's Baby, and Young Frankenstein. 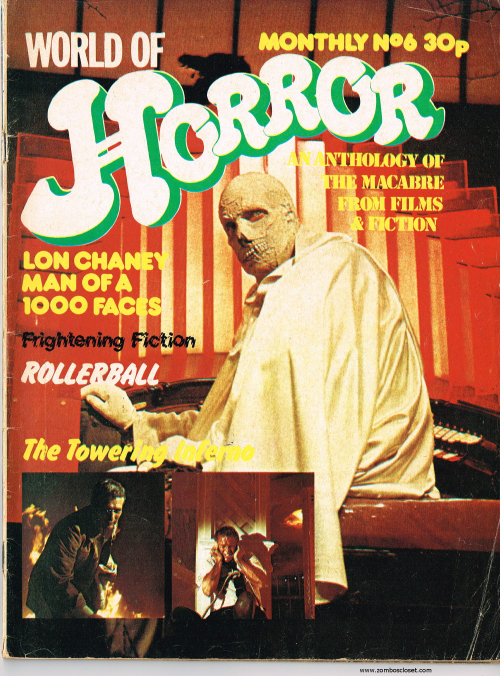 Continue reading "World of Horror No. 6" »

Lots of cool photos and, better yet, some killer advertisements, like the holy grail of monsterkid-dom: the Famous Monsters Photo Printing Kit. And if that weren't enough to get you drooling, there are ads for the Mad, Mad, Mad Scientist Laboratory, the Addams Family Haunted House by Aurora, and Wacky Action Kits. 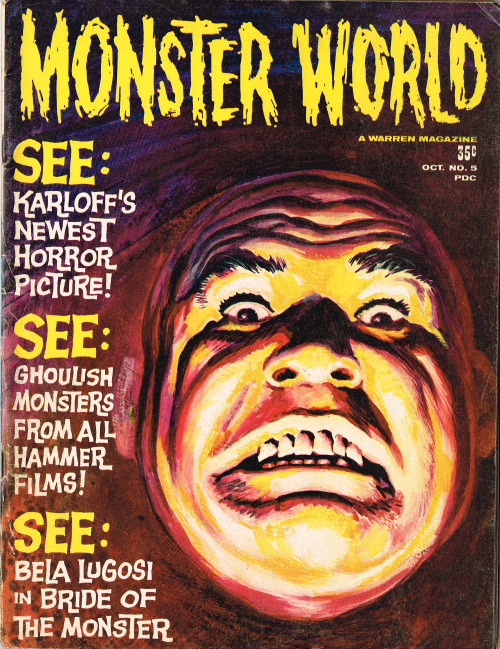 I was surprised to find this comic book for Reptilicus, a really badly written and presented monster movie from AIP. When you think of marionette monsters, The Giant Claw, Reptilicus, and Viking Women and the Sea Serpent are stellar examples of bad special effects producing comic results. For Reptilicus, his diminutive arms are non-functional, so how he could actually move (beyond someone pulling his strings) is anyone's guess. But hey, for 10 cents, why not? 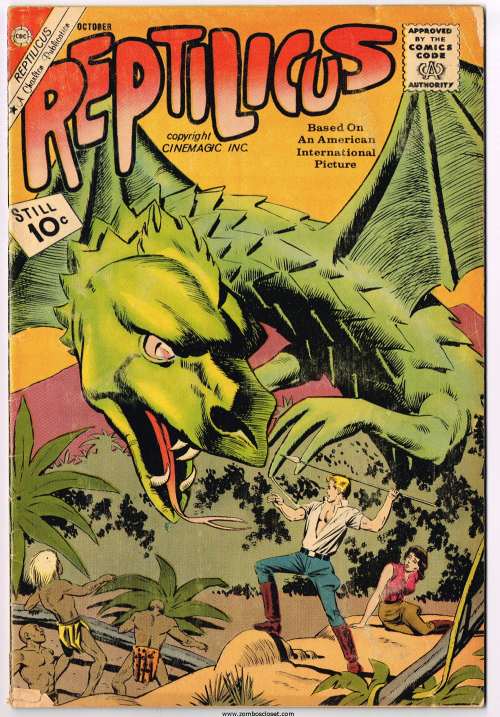