An overly talky movie, yet still has its charms; especially with the monster hanging around the lighthouse for food scraps. In-between the gabfests, the unexpected gore (monster holding severed head, crab crawling over severed head) must have jolted kids in their theater seats, making it a must see movie for them. I saw it on local television in the 1960s and was nicely scared, thank you very much. The creature suit was fashioned by Universal veterans involved with the Creature from the Black Lagoon. 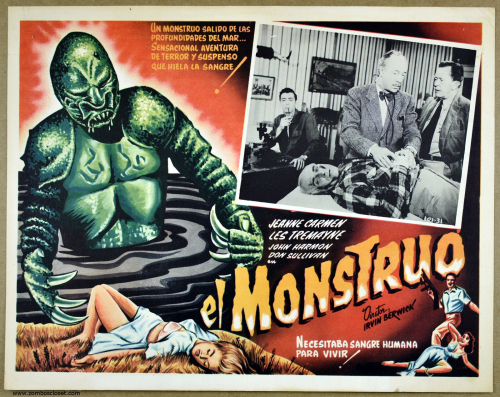 Posted at 09:43 AM in Azteca/Mexican Lobby Cards | Permalink